Key U.K. Power Cable Will Be Partly Knocked Out Until March
Comment of the Day

Key U.K. Power Cable Will Be Partly Knocked Out Until March by Eoin Treacy

A key U.K. power cable knocked out by a fire will stay partly offline until March, National Grid Plc said, deepening the energy crisis threatening Britain as it heads into winter.

The timing couldn’t be worse. The U.K. is already struggling with shortages, with gas and power prices breaking records day after day. The energy crunch is fueling concerns about inflation and a potential hit to businesses just as the economy emerges from the worst impact of the pandemic. How the U.K. fares through the winter now hinges in large part on the weather.

One has to question how long it will be before the population wakes up to the reality that wind and solar are not base load suppliers of electricity. Placing one’s faith on an intermittent source of power is inevitably going to result in blackouts when the system breaks down.

The fragility of the global supply chain for everything from food to oil to education and healthcare and voting have been laid bare by the pandemic. All of this is symptomatic of how low interest rates and financial engineering enable risky behaviour that appears valid on paper. 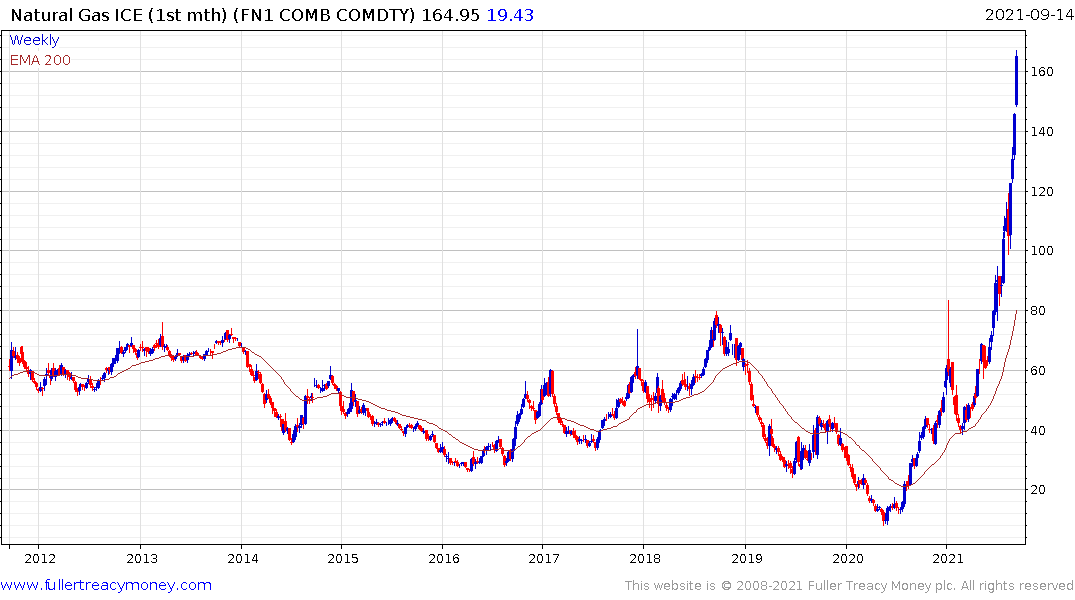 The good news is that commodity prices are volatile and the extraordinarily high price of gas in the UK right now will encourage new supply. The large tail on today’s candle suggests a peak of at least near-term and potentially medium-term significance. 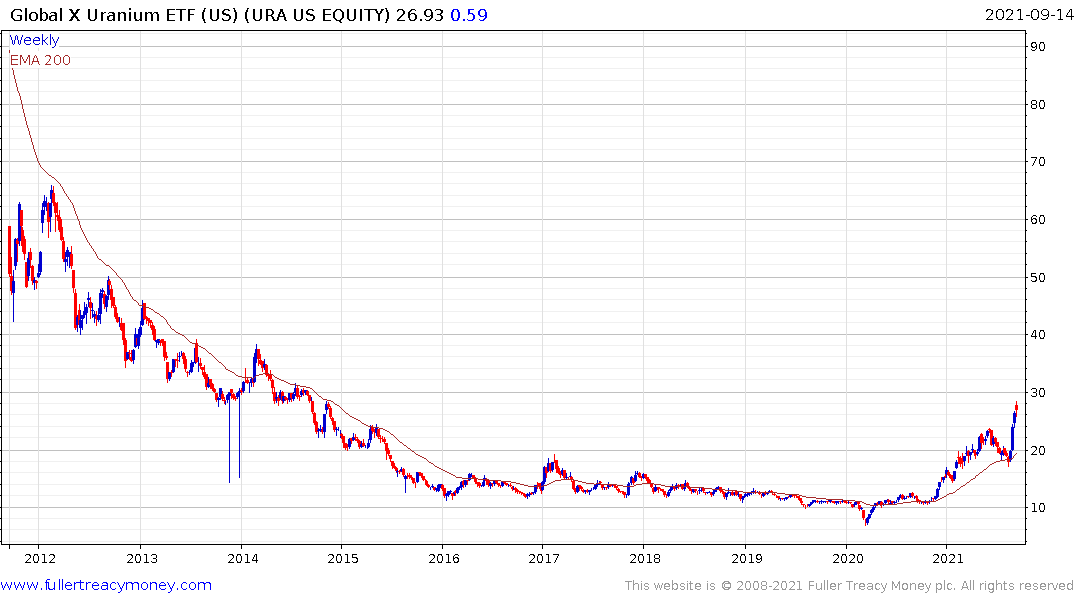 Ultimately, nuclear energy is likely to play a significant part in the energy mix because too much political capital has already been invested in championing the role of renewables over coal. Sprott’s foresight in raising the capital to swing uranium market from surfeit to deficit continues to pay dividends as the sector continues to appreciate.