Slow but steady improvement in Japan’s core inflation gauge has come to a halt as a host of forces gather that could see price gains begin to slow.

Consumer prices excluding fresh food rose 1 percent in October from a year earlier, as expected by economists. That’s just half way to the Bank of Japan’s 2 percent target with the prospect of falling energy costs and lower charges from mobile-phone carriers pointing to weaker price growth ahead.

The decline in oil prices is a significant benefit for consuming nations like Japan, India and China. In that regard it is disinflationary rather than an outright drag on the economy. Nevertheless, Japan needs inflation so companies can regain pricing power and promote more dynamism in the economy.

The broader question is how much of the decline is as a result of slowing global growth and how much is because of Saudi Arabia pumping more? The underperformance of the Chinese market this year has certainty been a factor in the wider malaise in emerging markets and that continues to represent the epicentre of risk. 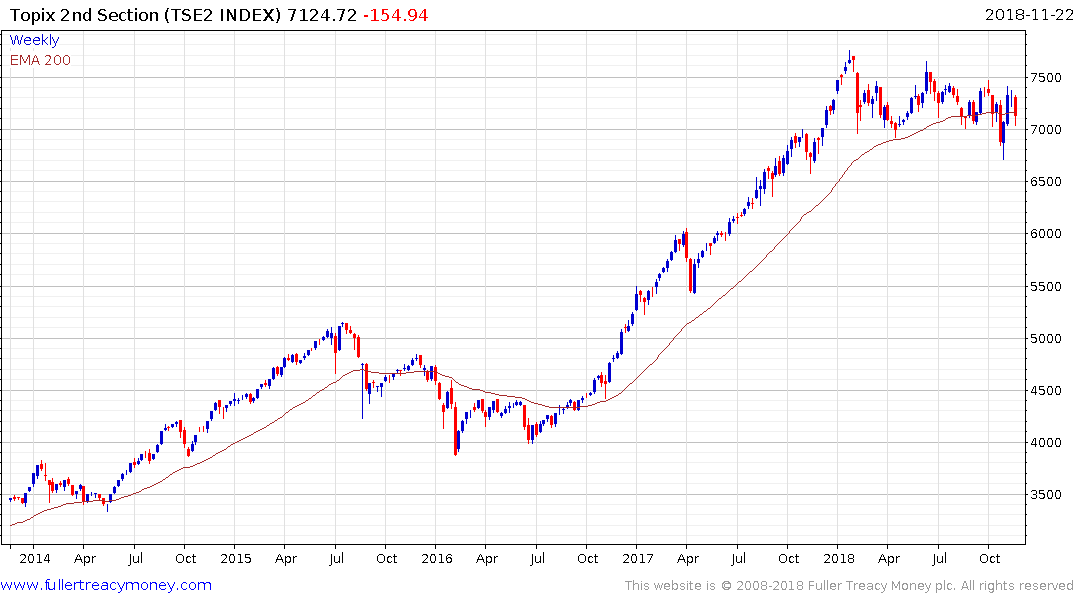 Meanwhile Japan’s 2nd Section Index has been the best performing midcap sector this year. The Index has been ranging mostly above the 7000 all year while international indices have been leading on the downside. It pulled back rather sharply today but bounced from above the intraday low and will need to continue to hold the 7000 level if support building is to be given the benefit of the doubt. 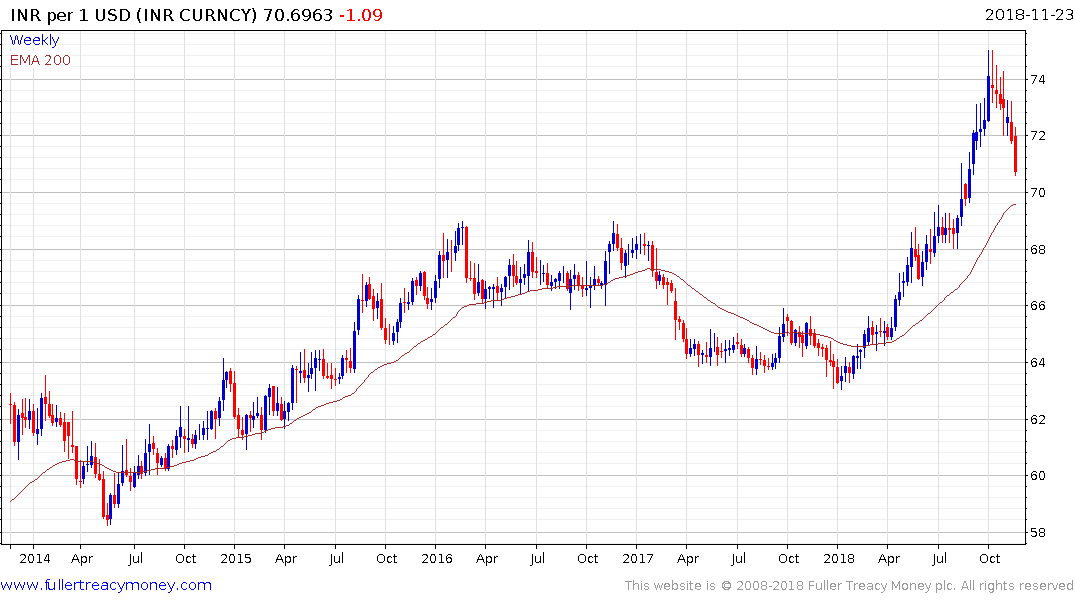 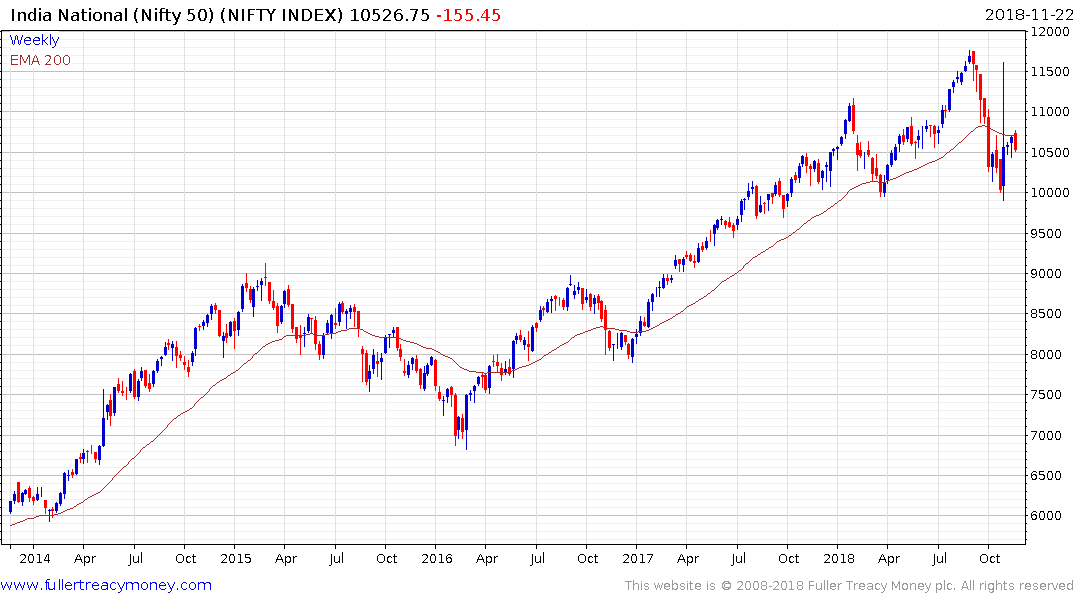 India is probably benefitting more than any other market from the decline in oil prices. The Rupee continues to extend its reversionary rally back towards the mean. Concurrently, the Nifty Index is testing the region of the trend mean and some consolidation looks likely.