India’s ascent on the global stage has claimed another victory after its stock market overtook Germany to become the seventh largest in the world. The Asian giant edged past the equity market of Europe’s largest economy for the first time in seven years, according to data compiled by Bloomberg. That means, after the U.K. leaves the European Union in March, the bloc would have only one country -- France -- among the seven biggest markets. The move reflects India’s positive returns this year as companies’ reliance on domestic demand enabled them to avoid the meltdown in other emerging markets spurred by Federal Reserve tightening and a trade war between the U.S. and China. It also highlights the challenges facing the EU, including its future relationship with the U.K., a standoff with Italy over budget allocations and separatist clashes in Spain.

India is benefitting right now from the decline in oil and other commodity prices as well as the fact its absence of a big export-oriented manufacturing sector insulates the economy from strife abroad.

The Russian Ruble/Indian Rupee cross rate offers a graphic illustration of the benefits of a consumer over a producer in a weak oil environment. This week’s upward dynamic is the largest since at least April. 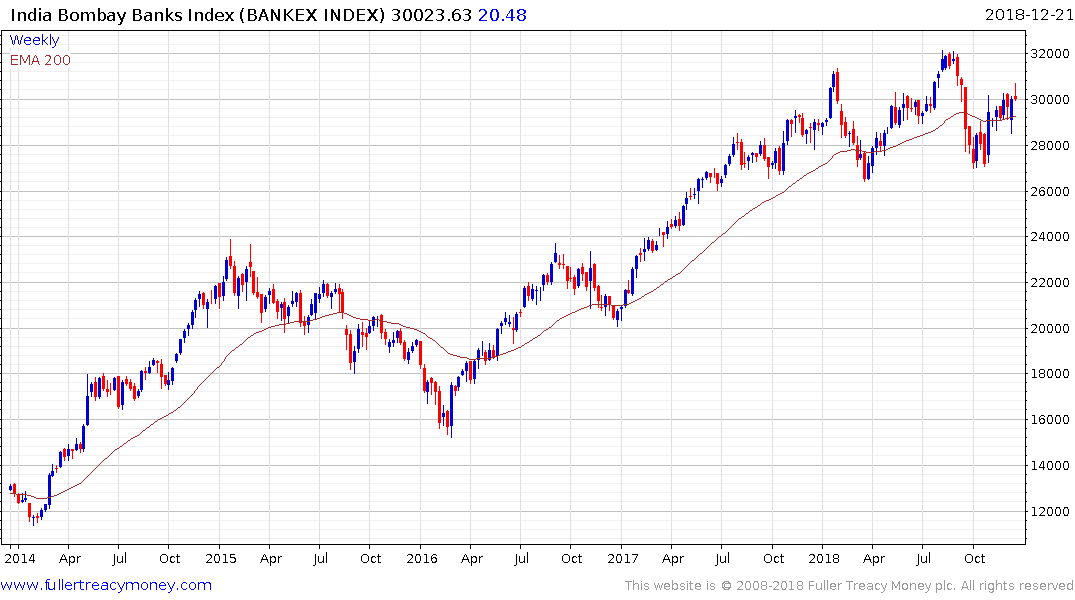 Nevertheless, it is unlikely the India market is going to make new highs while the international markets are trending down. 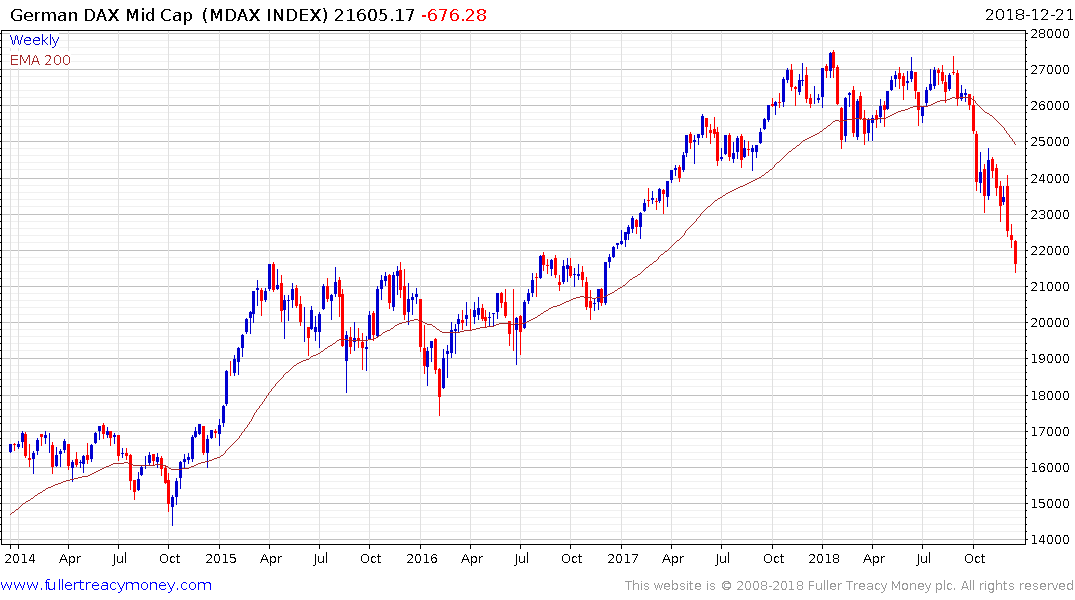 Meanwhile it is looking increasingly likely Germany will be one of the first major economies into recession. The rapid deterioration in the MDAX is a warning that the domestic economy is suffering.