Europe is facing gas shortages, but Russia has a crunch of its own. Gazprom has boosted production this year, but it’s directing the additional output to refill depleted storage sites at home. Russia has been producing close to its maximum capacity, but its domestic needs have curbed availability to Europe, according to the Oxford Institute for Energy Studies.

“Russia is not running out of gas and its prolific gas reserves allow Russia to meet much higher overall demand, but this requires time, money, and contractual assurances of offtake,” said OIES Senior Research Fellow Vitaly Yermakov.

Some analysts have argued that Russia has capped flows to Europe as a way to get its controversial Nord Stream 2 pipeline to Germany online. Flows through the link could improve supplies, but the start of commercial operations will depend on regulatory certification -- first in Germany, then at the European Commission. That could run well into next year. U.S. sanctions have also created challenges for the project.

The IEA stressed that it’s wrong to blame the shift away from fossil fuels for the surge in gas prices. The comments came a week after Frans Timmermans, the EU’s climate chief, warned that the record spike in energy prices must not undermine the European Union’s resolve to cut emissions.

Could Russia do more to ease the supply shortage of gas in Europe? Probably. Will it? That’s going to be a strategic decision and it will probably come with caveats. Natural gas is not oil. The network for mass transportation across oceans is still immature. Pipelines remain the preferred transportation network. Russia has a clear interest in opening its Nordstream 2 pipeline in a timely manner. That will need to be weighed against the need to bolster its reputation as a reliable supplier. 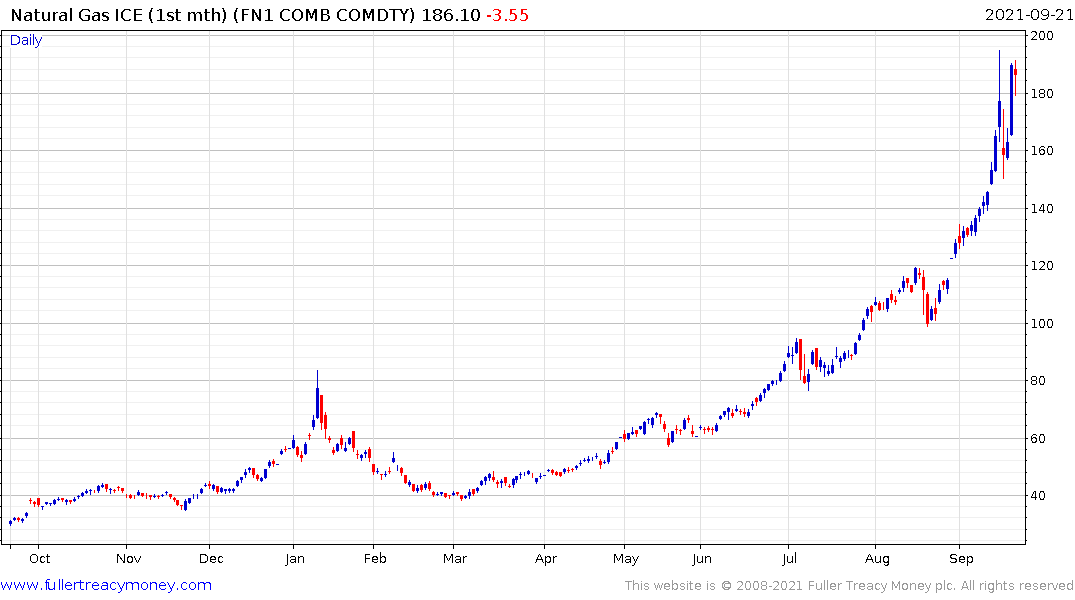 UK natural gas prices rebounded dynamically yesterday to retest the peak. A sustained move below 150 will now be required to confirm a peak of more than near-term significance. 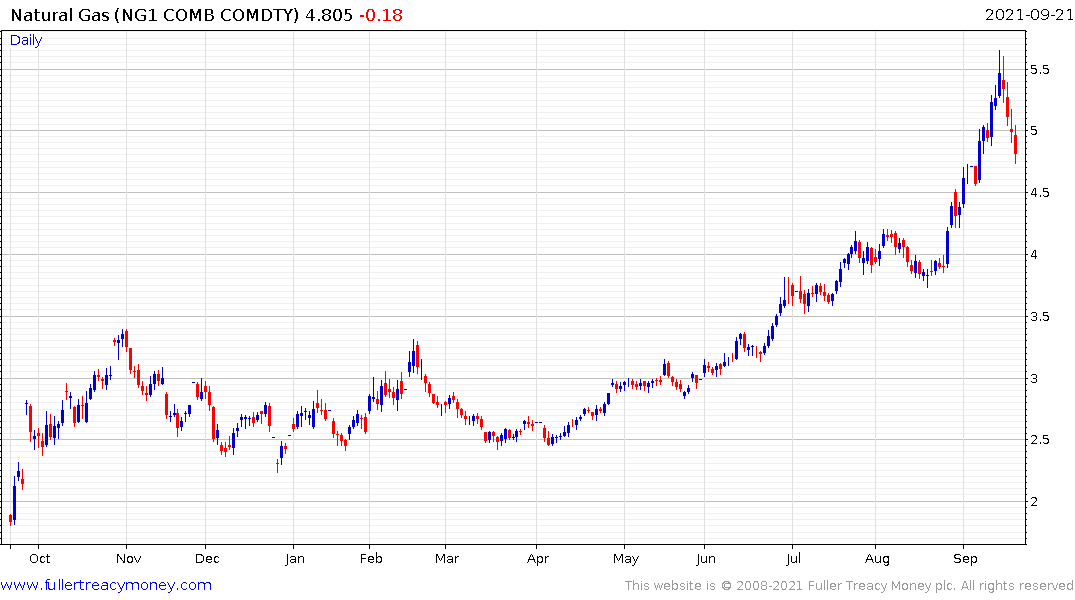 The US natural gas price on the other hand continues to unwind its short-term overbought condition. That widening price differential will eventually encourage more cargoes of gas to flow towards Europe. Meanwhile, Norway has committed to boosting supplies of gas as well.

Ultimately, this ordeal highlights the advantages of being energy independent. That’s not something the UK had to worry about until about 2004 when it became a net importer. It’s a topic every government is going to have to deal with in future. Since the vast majority of homes in the UK are heated, and cook, with gas there is no easy way to avoid dependence.

Hydrogen can potentially use existing infrastructure but one way or another vastly more electricity generating capacity is required and that means more nuclear. 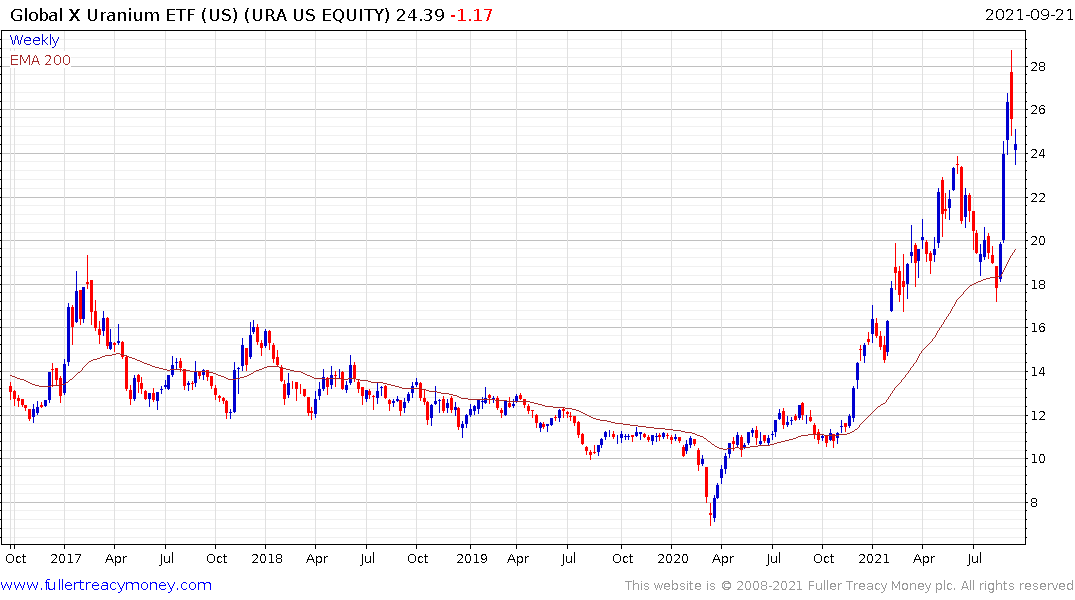 The Global X Uranium ETF is unwinding its short-term overbought condition but a sustained move below the trend mean would be required to question medium-term scope for continued upside.