When plans for Neart na Gaoithe started being developed in 2008, Siemens AG’s 3.6 megawatt turbine was the most popular among developers. Now manufacturers are working on machines that could be four times bigger, helping companies like Dong Energy A/S build projects cheaply enough to make money at market prices. The collapse in oil prices has also helped lower offshore wind costs, by making the sea vessels needed to install projects cheaper to hire.

I’ve haven’t seen a satisfactory solution for the problem of wind turbines impact on migratory bird populations regardless of the fact offshore turbines help create artificial reefs for sea life. However, the economies of scale that can be gained from going offshore has altered the wind turbine sector beyond recognition.

With the prospect of wider deployment as the number of projects that do not require government subsidies increases competition with the sector is likely to further intensify. 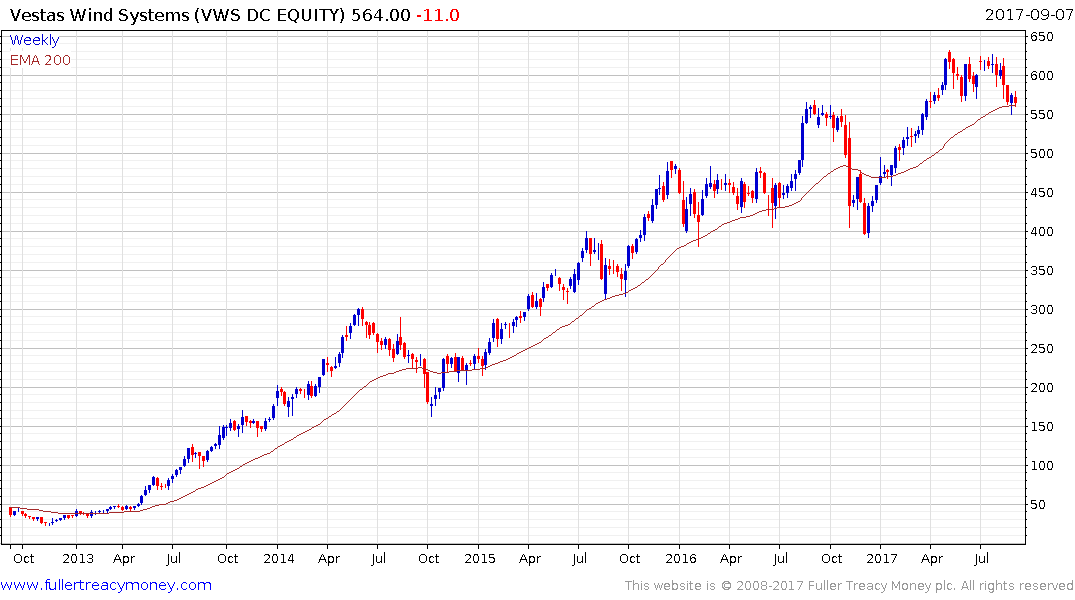 Vestas Wind is back testing the region of its trend mean and will need to find support in this area if medium-term scope for additional upside is to continue to be given the benefit of the doubt. 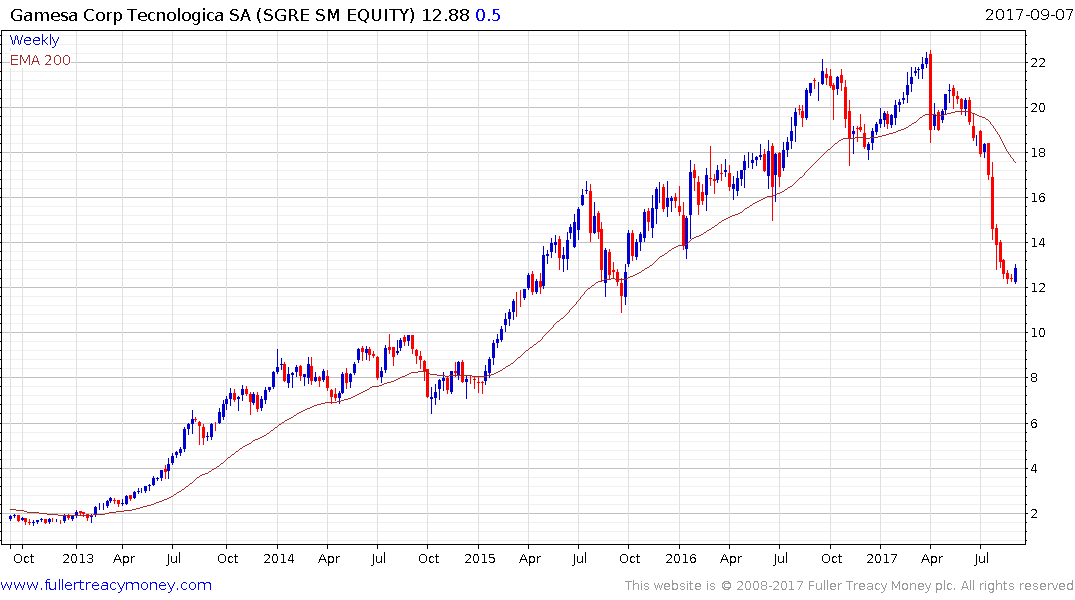 Siemens’ wind turbine unit merged with Gamesa earlier this year to form  Gamesa Corp Tecnologica SA ​. The share trended higher from the 2012 lows but lost consistency over the last few months as it extends its move below the trend mean. While the likelihood of a reversionary rally has increased, it will need to sustain a move back above €20 to signal a return to demand dominance beyond short-term steadying. 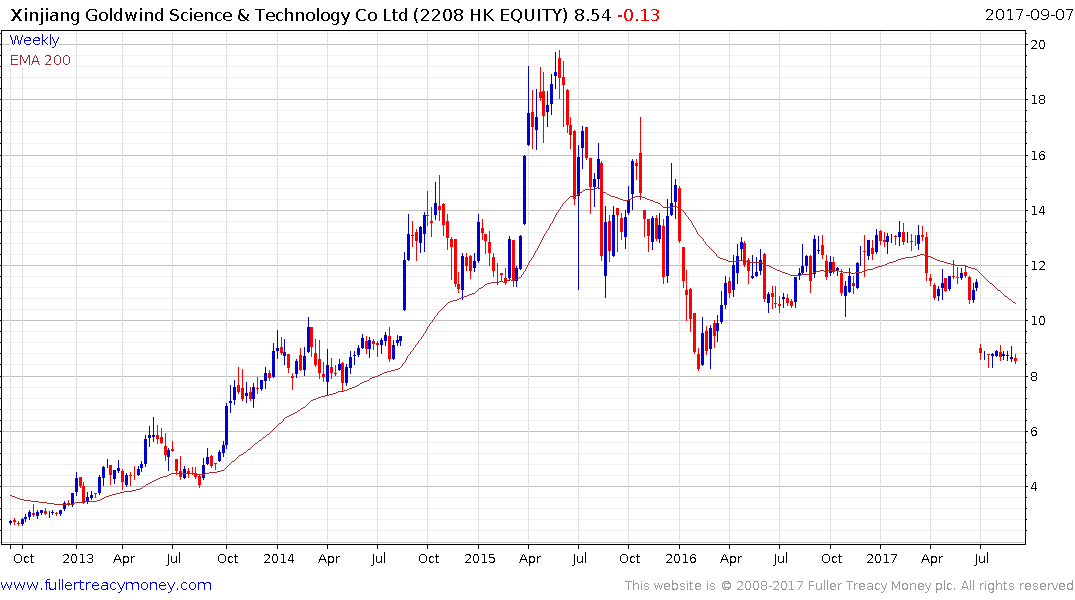 Xinjiang Goldwind Science & Technology which has been the largest Chinese producer pulled back sharply in July and has been inert since. It would appear to be experiencing competition from other Chinese turbine manufacturers such as China Datang Corp Renewable Power and Dongfang Electric which are both breaking upwards from medium-term base formations. 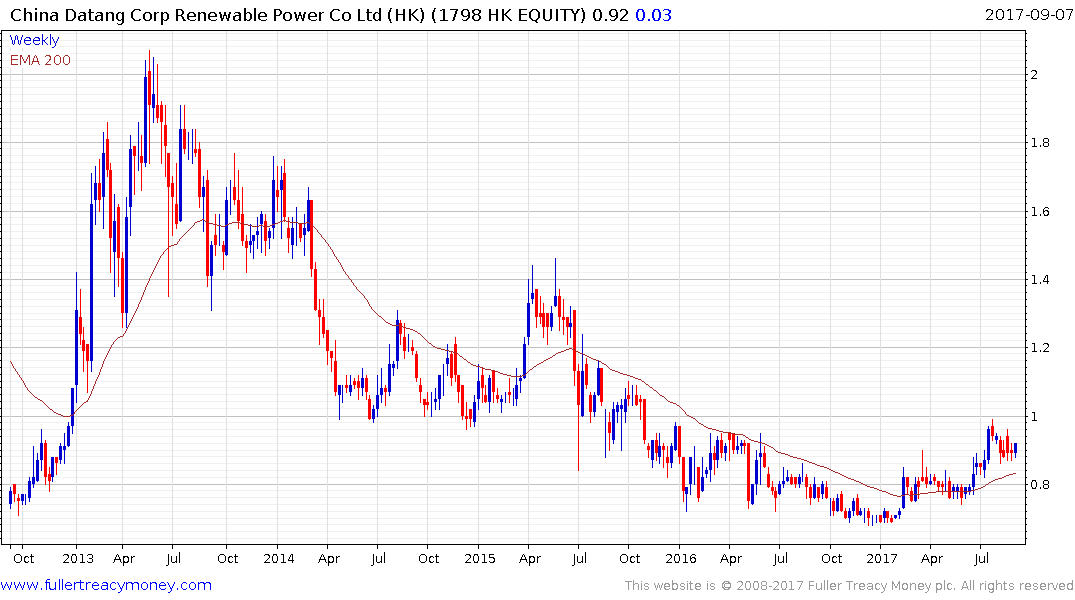 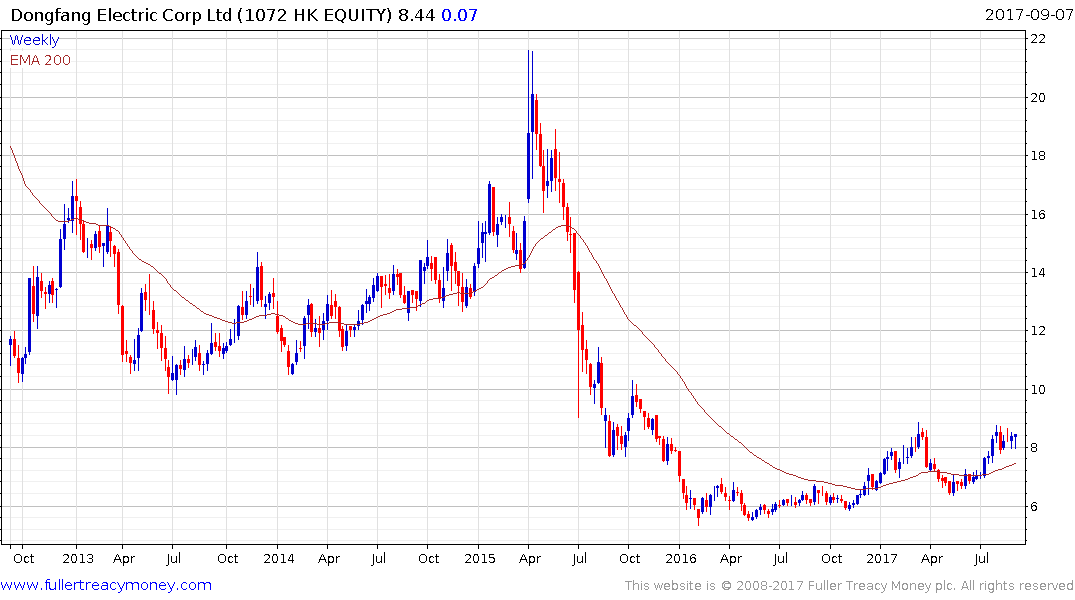 The significant disparity in performance among shares in the sector confirm the fact there are clear winners and losers as competition increases.