Nuclear power is dwindling elsewhere in Europe too. EDF has shut down some reactors in the U.K. earlier than planned because of other safety issues, while Germany will permanently close its three remaining reactors by the end of the year, after shutting down three others a few weeks ago. Belgium will also close a reactor in October, and halt its six others by the end of 2025.

At the same time, those countries are adding large amounts of wind and solar generation, filling the gap left by nuclear but increasing their energy systems’ dependence on the whims of the weather. Without reliable baseload power exports from EDF, a cold and windless winter day will become a potentially stressful scenario.

“The dependency on France is likely to increase with Germany getting out of coal and nuclear,” said Johannes Pretel, head origination for Germany at Swiss utility Axpo Holding AG. “This winter we still had all of our capacity, next winter we don’t have it anymore because the last nuclear plants will be out.”

Europe stopped building reactors thirty years ago. Today there is little appetite to invest in the infrastructure required to maintain aging plants or to build new ones. The loss of the primary source of base load electricity is going to be felt across the continent for years to come. Even if they decided to spend the money today, it would still be a decade before new reactors come into service. 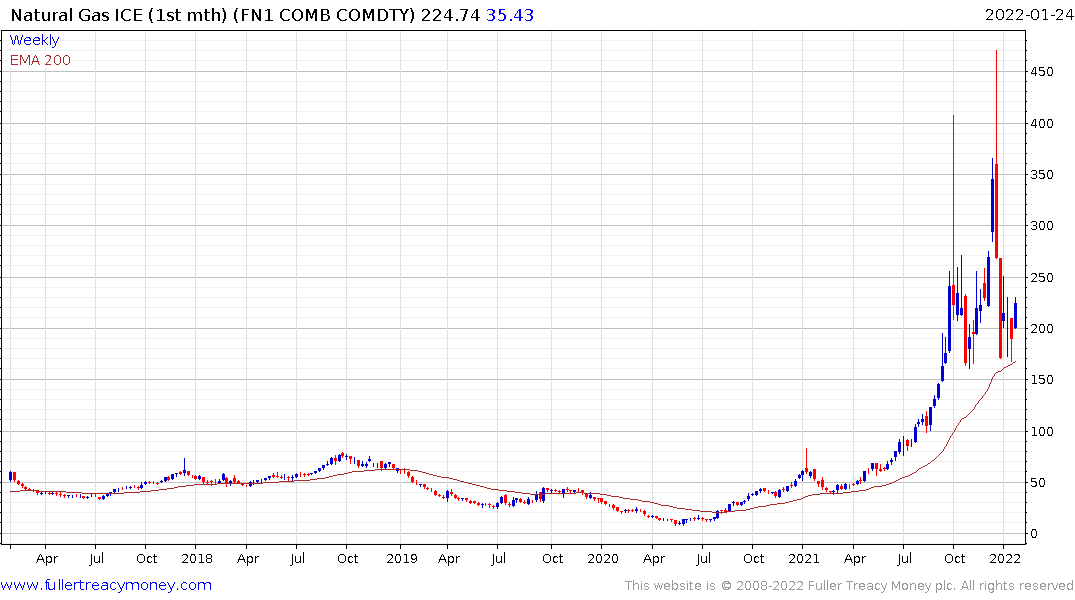 That’s a tailwind for the region’s natural gas prices. Prices ranged below €100 from 2006 and are unlikely to trade back below that level for the foreseeable future. Electricity prices in Europe are going to take a step higher this year and are unlikely to come down. 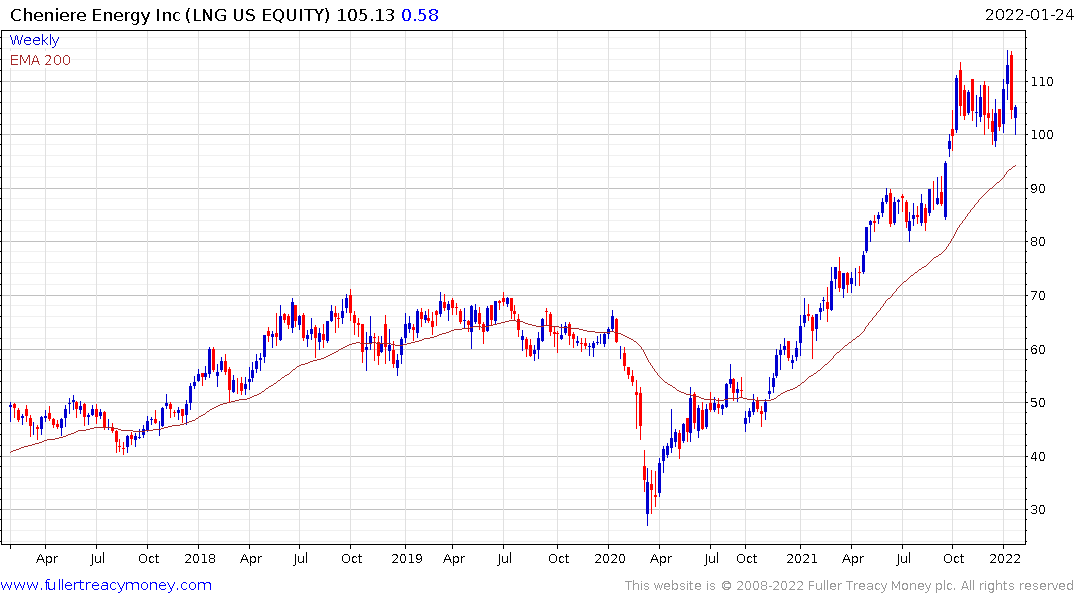 This is also positive for LNG shippers. Europe is a shorter voyage than Asia and prices are similar so exports will go their first. That will put upward pressure on Asian prices. Cheniere Energy continues to consolidation above the $100 level.

Russia is fully aware of how dependent Europe is on its gas exports. That’s emboldened the country from a geopolitical perspective. The Kremlin appears to have concluded that the time to make a move on Ukraine is now, while the odds are tilted in favour of less physical resistance from NATO amid an energy crisis. 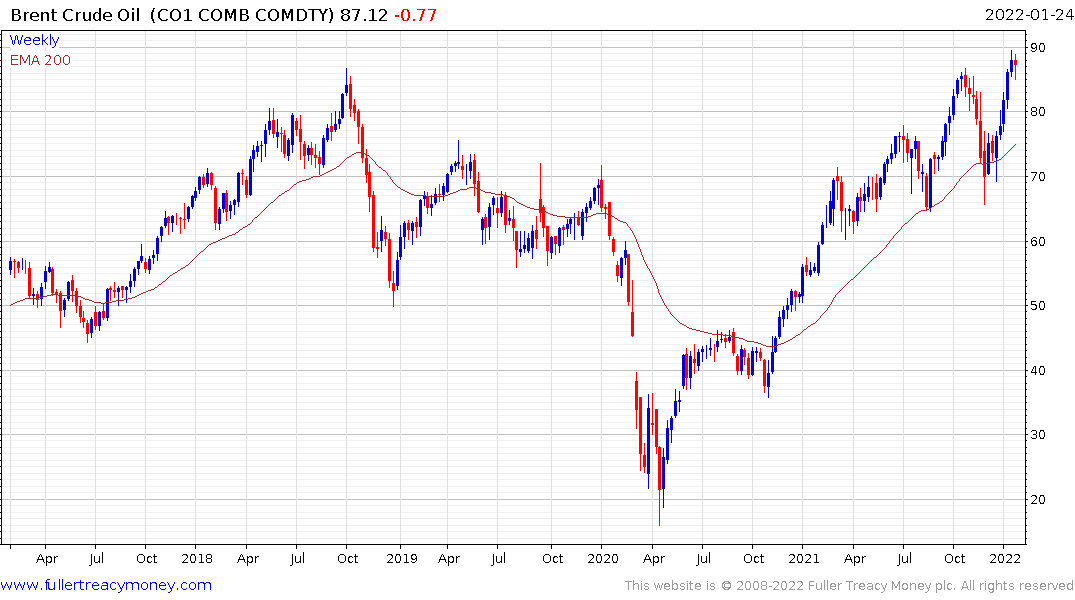 Crude oil continues to ease back from $90 but not in an especially dynamic manner. So far, this doesn’t look like much more than a consolidation of the short-term overbought condition.