Factors or Fundamentals, Quant Tremor Is Field Day for the Geeks
Comment of the Day

Factors or Fundamentals, Quant Tremor Is Field Day for the Geeks by Eoin Treacy

You wouldn’t know it from benchmarks, but beneath a tranquil surface violent swings are lashing traders along obscure fault lines. Companies like real-estate firms that rose the most in 2019 are plunging, and some that have trailed are being pushed out front. It’s been a mild reckoning for hedge funds and others who have bet on the status quo persisting.

Amid all the churn has been a renewed focus on a quantitative concept known as factor investing, which groups companies not by industry but traits such as how fast their prices move or profits rise. A question gaining currency in the past few days is whether these categories are just handy descriptions of twists in the market -- or are at some level guiding them.

“It seems very mechanical right now,” said John Swarr, investment specialist at Penn Mutual Asset Management, which has $27 billion under management. “If you look within some of these stocks that are being hit the hardest, some are in much better shape than others and yet they’re all being affected similarly,” he said. “It does feel like it’s a rules-based rotation.”

The total of negative yields bonds was at $17 trillion for a brief time at the end of August and has since contracted to $14.3 trillion. That’s a big more in a little less than two weeks.

The failure of the German government to sell an allocation of bonds and failed auctions at the US Treasury in August were probably the catalysts for sapping investor demand for bonds globally. The unwinding of leveraged long positions now has the scope for meaningfully move bond yields higher with clear upward dynamics evident across multiple markets. 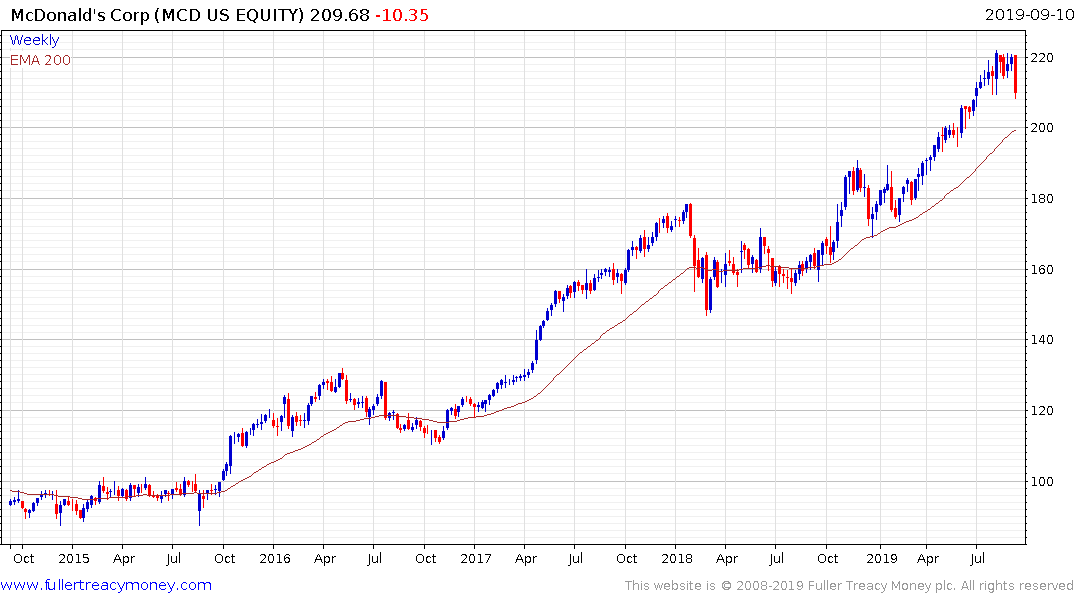 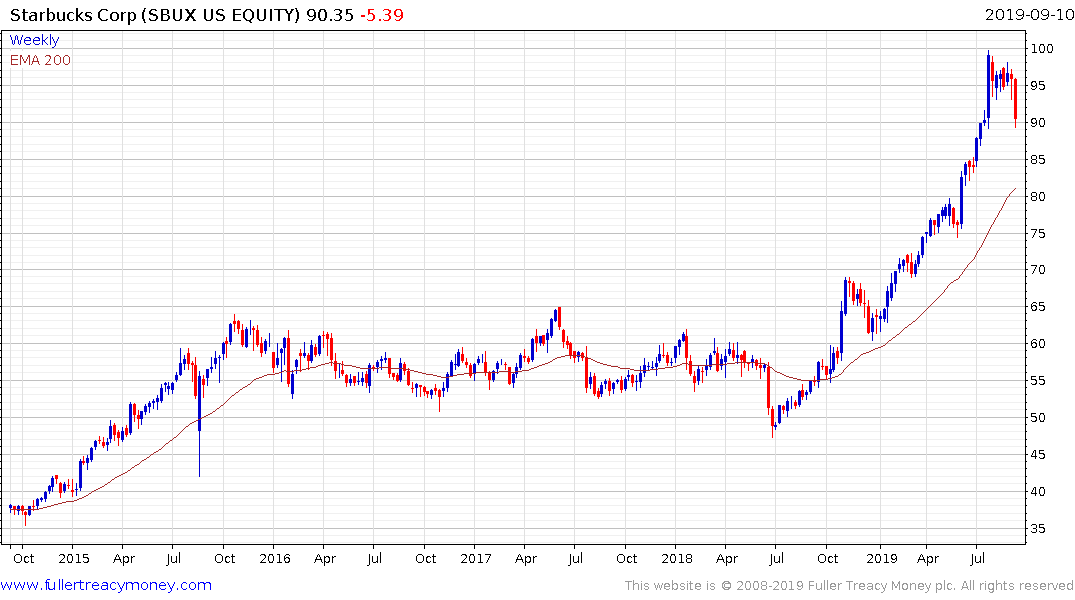 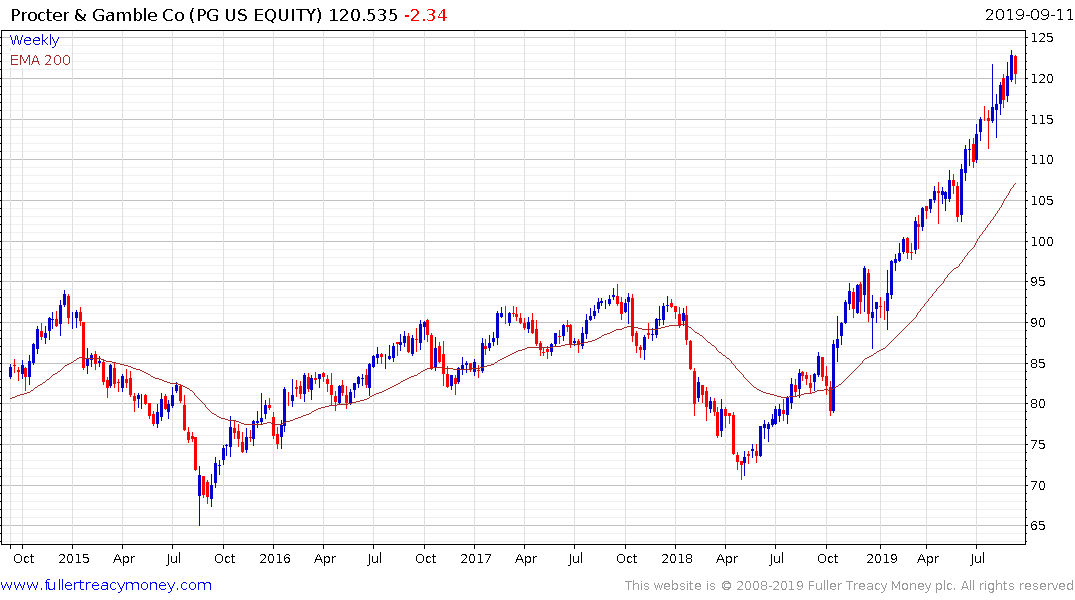 The momentum move in bond proxies also appears to at least be taking a breather with downward dynamics in the shares of companies like Starbucks and McDonalds. Proctor and Gamble meanwhile remains on a steep upward trajectory with a consistent sequence of higher reaction lows which would need to be broken to signal more than a temporary peak. 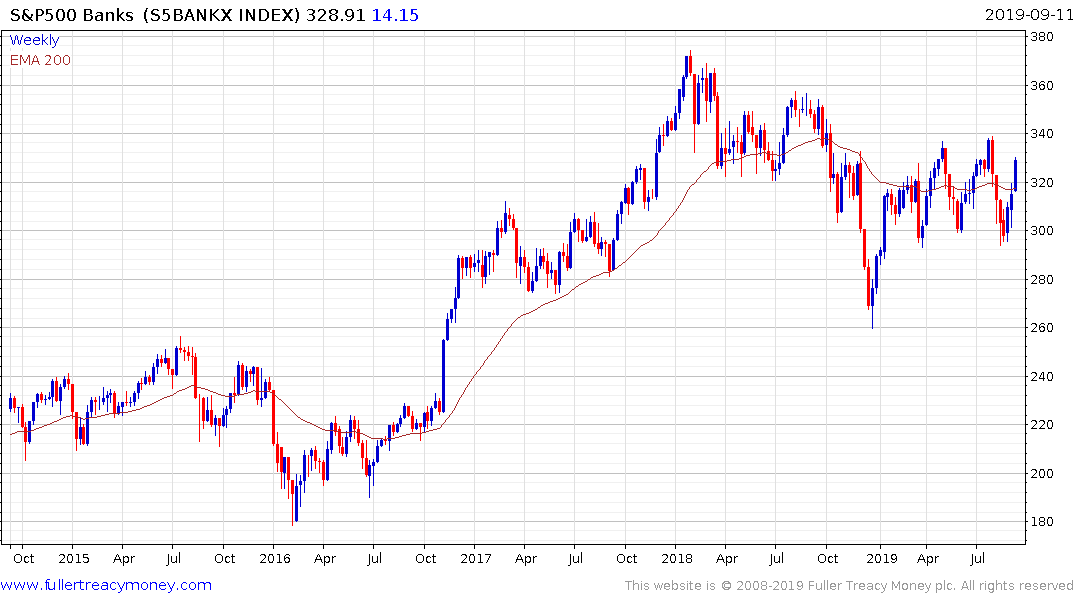 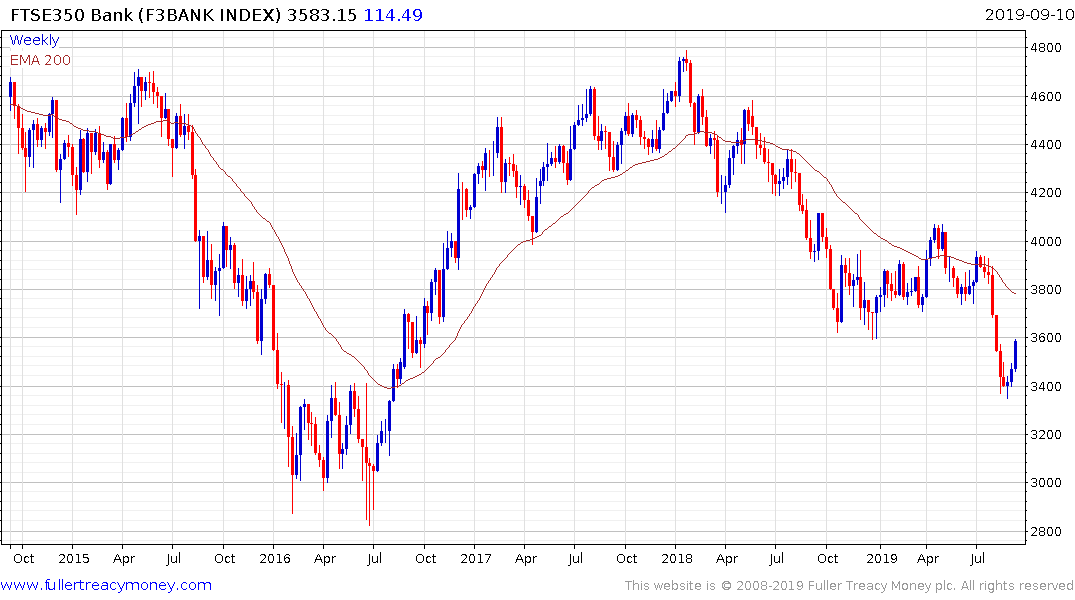 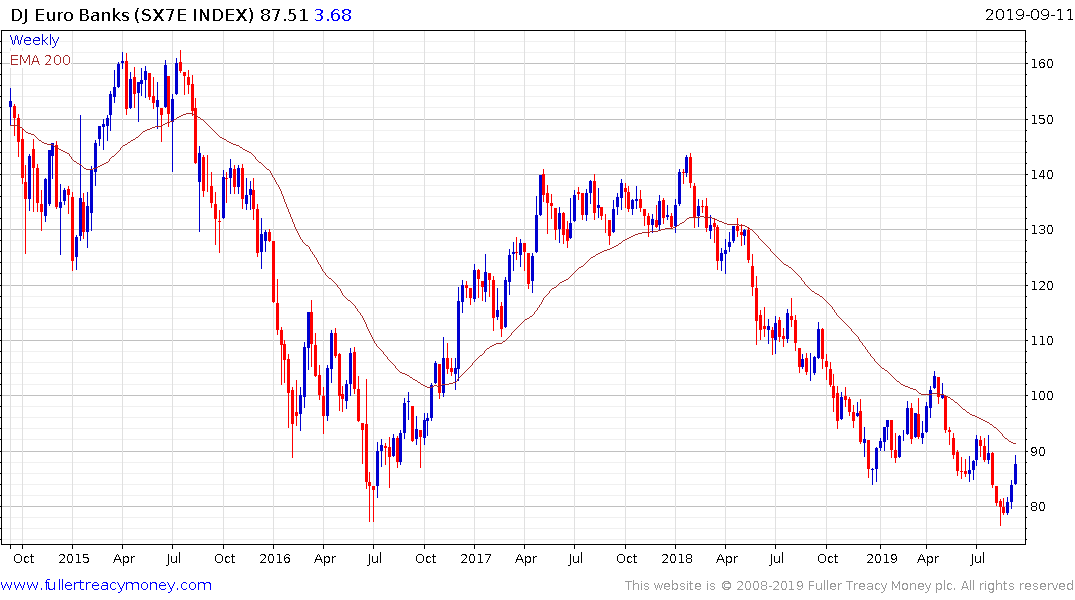 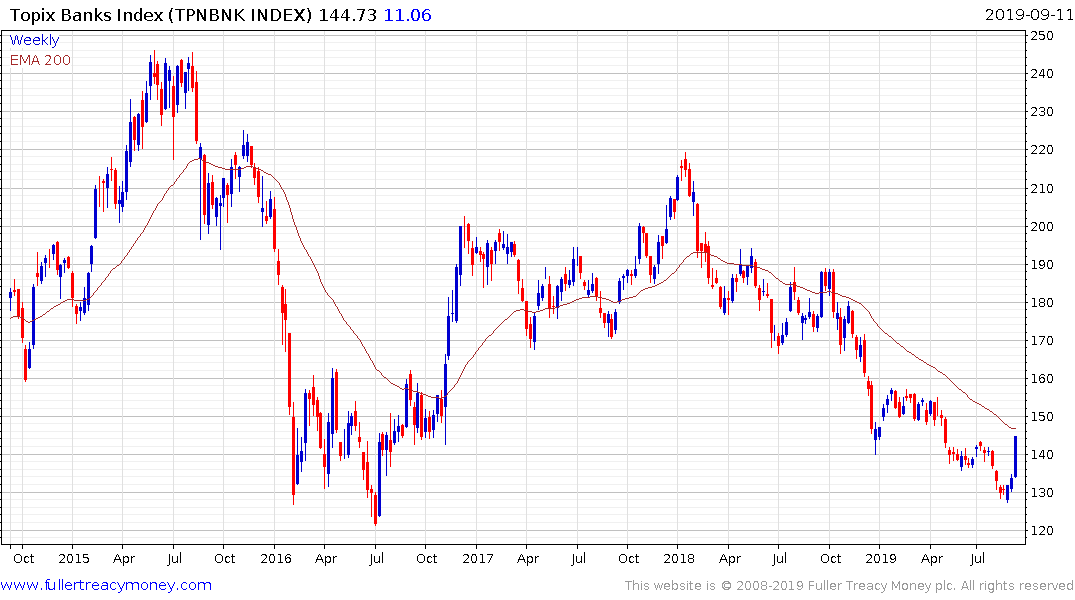 Meanwhile banks are rebounding from deep oversold conditions as bond yields rise. The commonality in the bounces in US, UK, EU and Japanese banks is a clear sign of a change of temperament regarding interest rate sensitive instruments. 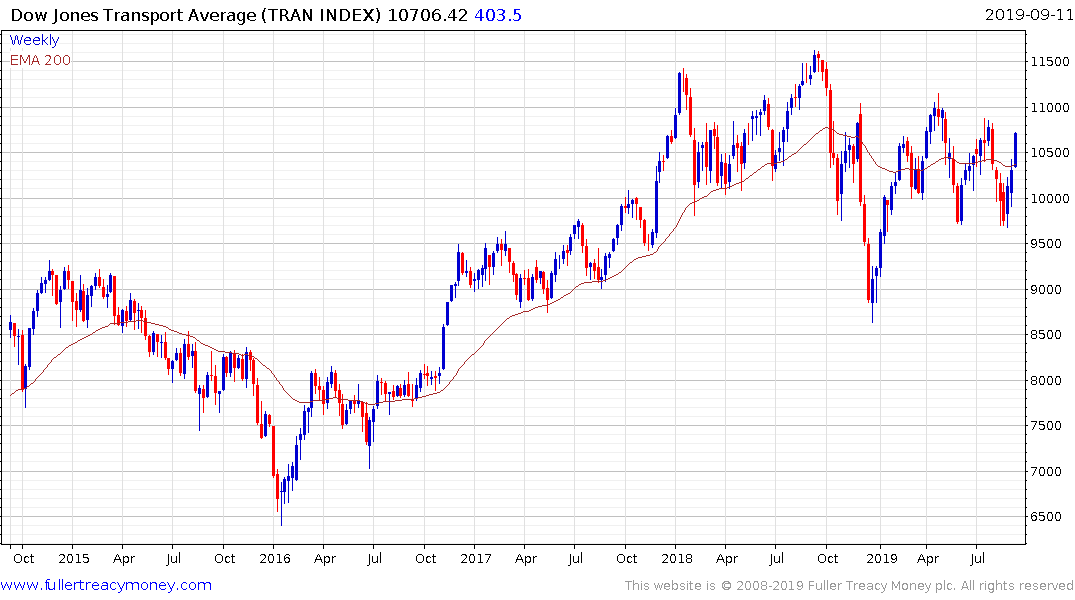 The Dow Jones Transportation Average is testing its sequence of lower rally highs evident since late last year and a sustained move above 11000 would signal more than temporary steadying.

The iShares Russell 2000 Value ETF/iShares Russell 2000 Growth ETF ratio has rebounded this week break this year’s sequence of lower rally highs. The underperformance of value over the last decade has befuddled many advocates of the strategy and a number of high-profile fund managers have closed shop. This is an important ratio to monitor because underperformance of value represents the flip side of the success of an earnings agnostic strategy over the same timeframe. It is too early to reach the conclusion value has bottomed but it certainly has scope for a reversionary rally.