European natural gas prices plunged more than 20% on Thursday as this year’s stellar rally attracted a flotilla of U.S. cargoes.

At least 10 vessels are heading to Europe, according to ship-tracking data compiled by Bloomberg. Another 20 ships appear to be crossing the Atlantic, but are yet to declare their final destinations. U.S. cargoes of liquefied natural gas will help offset lower flows from Russia, Europe’s top supplier.

​Gas prices in Europe have surged more than sixfold this year as Russia curbed supplies just as pandemic-hit economies reopened, boosting demand. Delayed maintenance work and power-plant outages also contributed to the rally. Prices in Europe are 13 times higher than in the U.S. and the market is also trading at a rare premium to Asia, making the continent a prime destination for LNG.

Today’s move in European gas was exacerbated by forecasts for mild weather. Large numbers of cargoes will need to be delivered to improve the low reserves condition currently present in Europe. The market remains at the mercy of the weather so we can anticipate a great deal of volatility over the coming months. Today’s downward dynamic suggests at least a near-term peak. 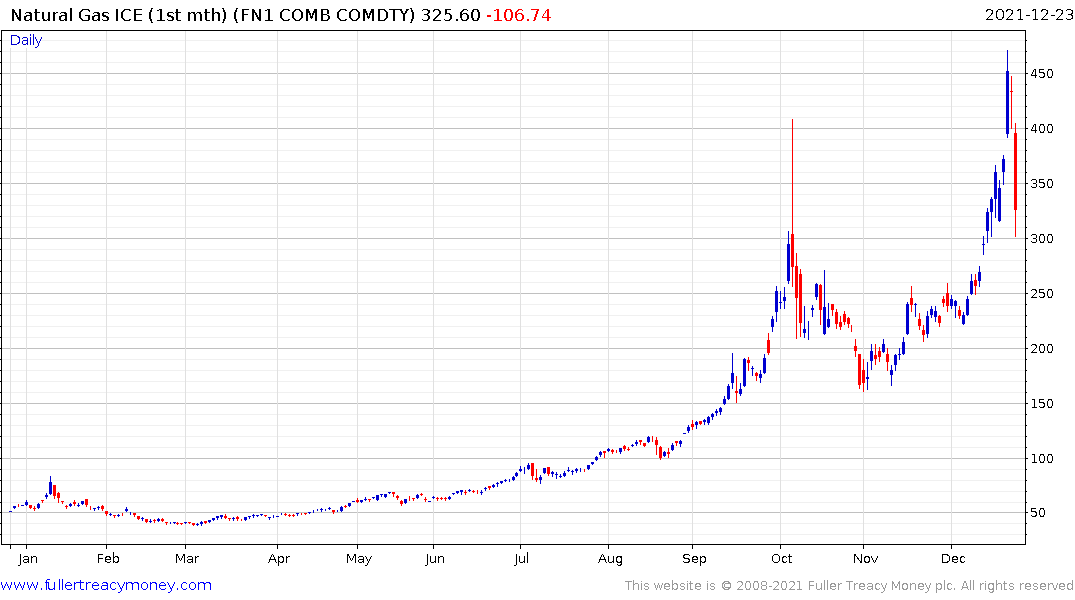 The wide spread between US and European natural gas prices is going to boost the LNG sector, the only question is about how quickly export volumes can be increased to satiate demand. Exmar continues to firm from the region of the trend mean. 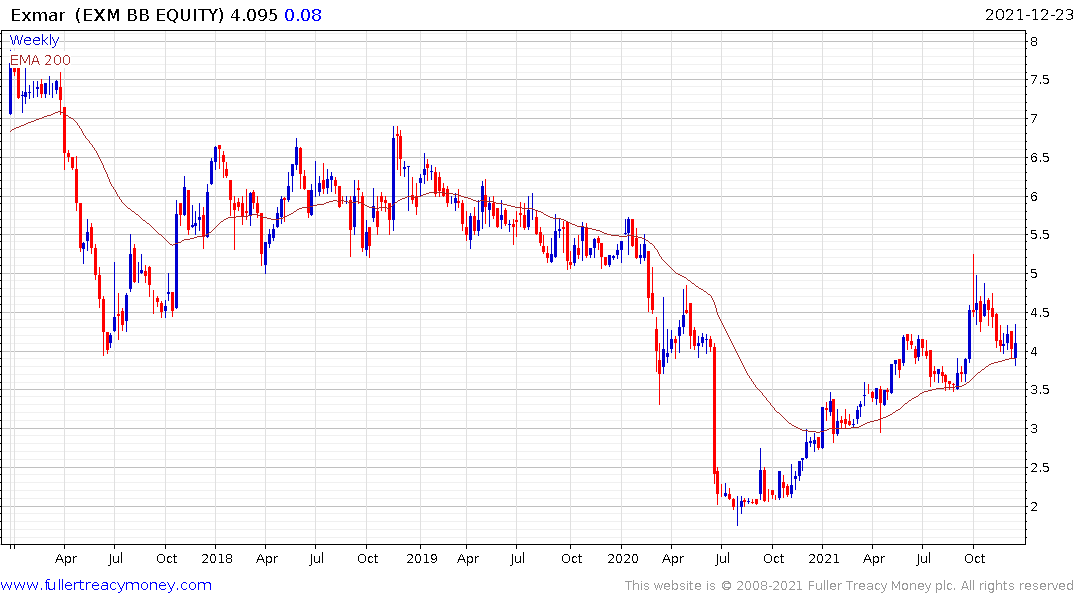 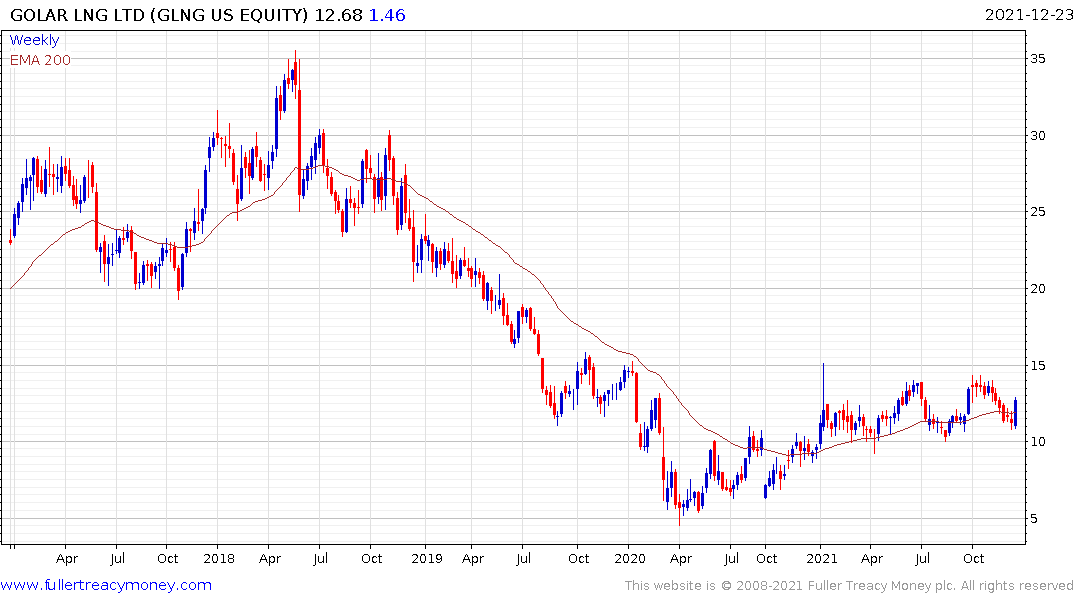 Golar LNG is also firming from the region of the trend mean. 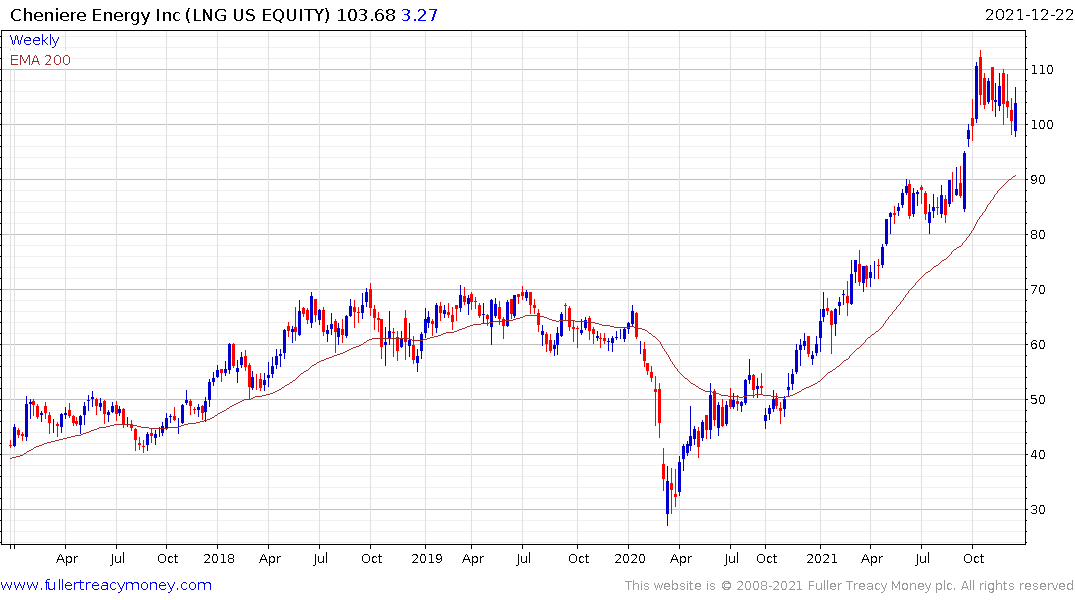