The EU plan, set to be approved as the high-profile United Nations summit in Madrid winds up, would put the bloc ahead of other major emitters. Countries including China, India and Japan have yet to translate voluntary pledges under the 2015 Paris climate accord into binding national measures. U.S. President Donald Trump has said he’ll pull the U.S. out of the Paris agreement.

In a pitch of her Green Deal to member states and the European Parliament on Dec. 11, von der Leyen is set to promise a set of measures to reach the net-zero emissions target, affecting sectors from agriculture to energy production. It will include a thorough analysis on how to toughen the current 40% goal to reduce emissions by 2030 to 50% or even 55%, according to an EU document obtained by Bloomberg News.

Make It Irreversible
In the next step, the commission will propose an EU law in March that would “make the transition to climate neutrality irreversible,” von der Leyen told the UN meeting. She said the measure will include “a farm-to-fork strategy and a biodiversity strategy” and will extend the scope of emissions trading.

The EU’s political elite view the climate argument as a voter winner, a source of revenue for their constrained social services and an additional control on the economy that would be impossible under normal circumstances. It is also a response to the fact the region is a major energy consumer and has long had to deal with regimes it is politically at odds with because of its dependence on imports of energy commodities. 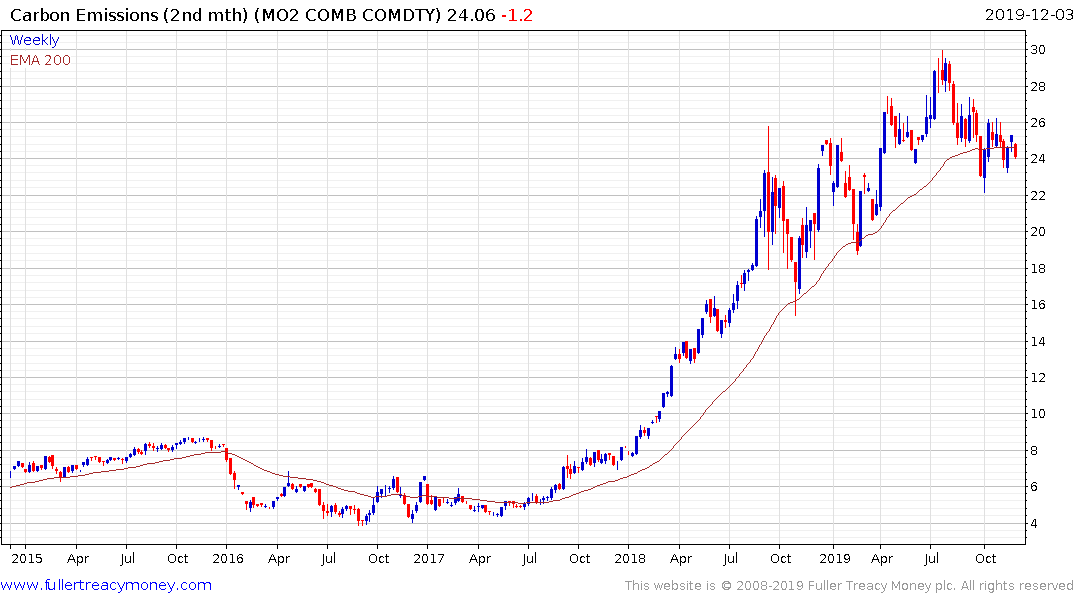 The market for carbon emissions is heavily influenced by EU government policy. Politicians created the market and they are intent on ensuring the price of the contracts increases over the time in order to deter carbon emissions. It was therefore interesting that price fell today following this announcement. There has been a significant appreciation in the price of emissions over the last couple of years and the price encountering resistance in the region of the trend mean suggests some wariness at continuing to pay such high prices.

The Lyxor Green Bond ETF is also firming from the region of the trend mean. 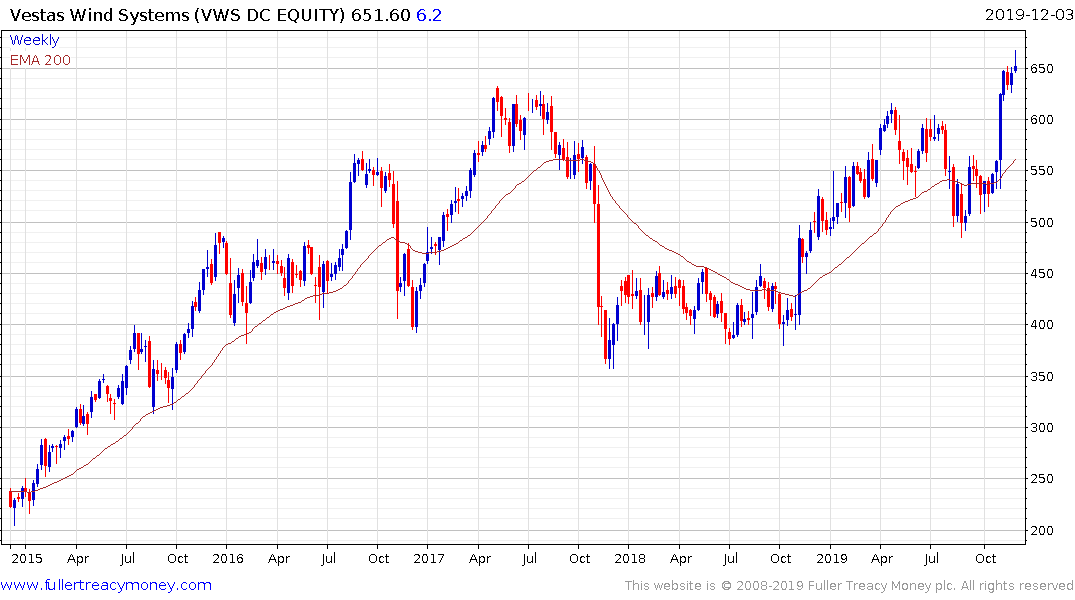 Vestas Wind Systems broke out to new highs in November but is susceptible to some consolidation in the short term.