Euro-Area Inflation Tops All Forecasts With Record 4.9%
Comment of the Day

Euro-Area Inflation Tops All Forecasts With Record 4.9% by Eoin Treacy

Anticipating a spike in inflation this month, ECB officials have redoubled efforts in recent days to reassure citizens that they are facing a once-in-a-generation cost-of-living squeeze that won’t endure, driven by energy and a series of one-time factors.

While President Christine Lagarde is sticking to that script, some colleagues are warning that price pressures might take longer to subside, stoking speculation about the future course of monetary policy.

At a Dec. 16 gathering, the Governing Council is set to announce the end of its pandemic bond-buying plan and outline how regular purchases and interest rates will develop as the economy continues its recovery.

“While energy costs and statistical effects can explain the bulk of this month’s jump, today’s reading also revealed some stronger than anticipated underlying pressure. That will add to concern over upside risks to the outlook, but the ECB is still likely to see inflation falling below 2% by the end of next year.” - Maeva Cousin, senior euro-area economist.

The spike in Eurozone inflation was expected even if the headline number was higher than estimates. The ECB believes inflation will drop back towards 2% once the pandemic subsides. At least they are dearly hoping that will be the case. 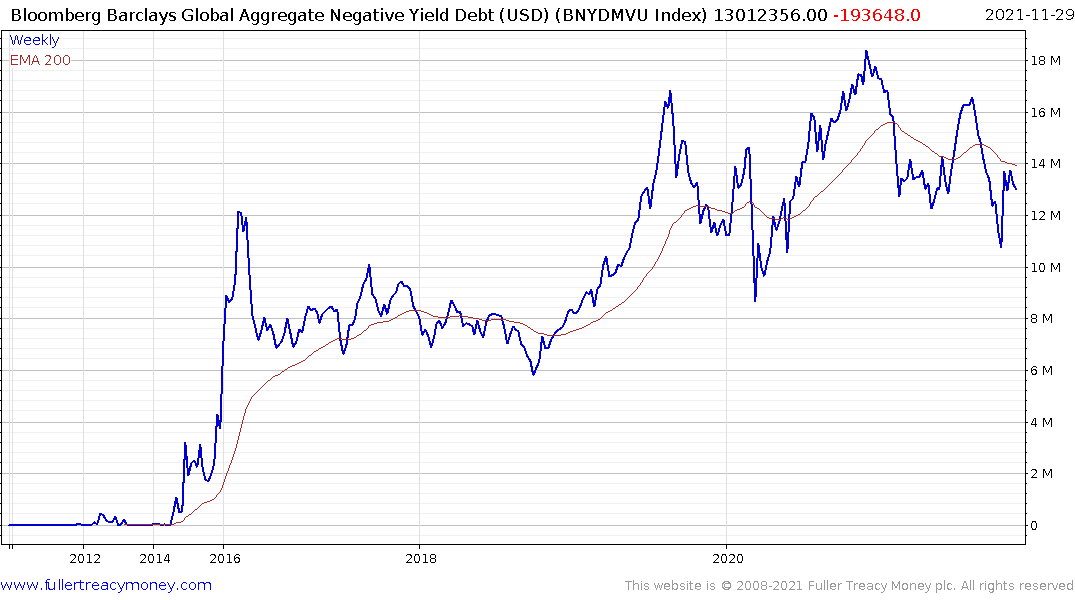 They have no real plan to ever pay it down and the longer they can borrow at exaggerated low rates the better it is for government finances. Of course, the opposite is also true which is why they can’t possibly act presumptively to control inflationary pressures.

Europe’s Achilles heel is the energy sector. The global semiconductor shortage will end eventually and we will learn to live with whatever iteration of COVID is circulating at any given time. The energy sector is in flux is likely to remain so.

By shutting down nuclear and coal fired power stations, Europe is increasingly dependent on imported gas to sustain base load electricity. The heavy reliance on intermittent wind and solar creates volatile demand profiles. Meanwhile the automotive sector is increasingly migrating to batteries. That represents a significant demand growth driver for electricity which will introduce even greater volatility if no plan is made to reduce reliance on intermittent sources of power. 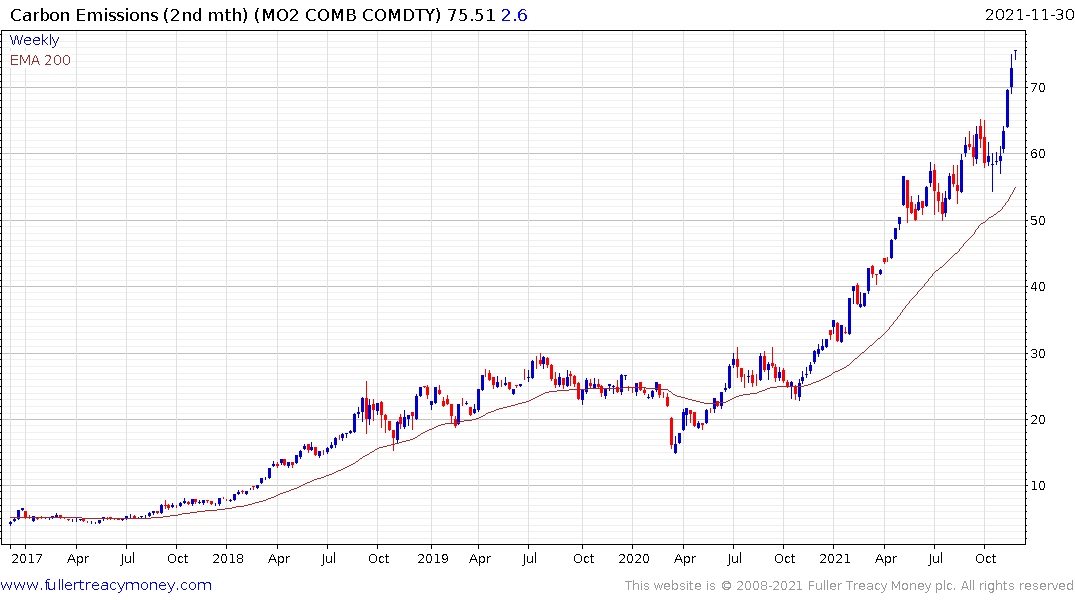 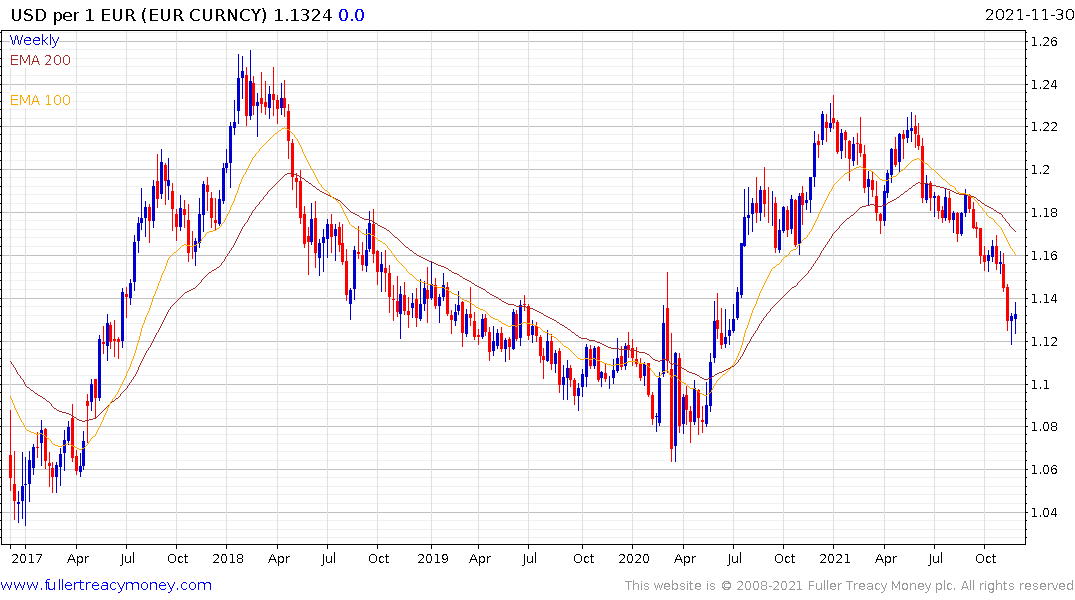 The Euro seems unable to sustain a rally. Today’s volatility continues to suggest supply dominance and the triumph of deflation pressures on the near-term outlook despite headlines to the contrary. 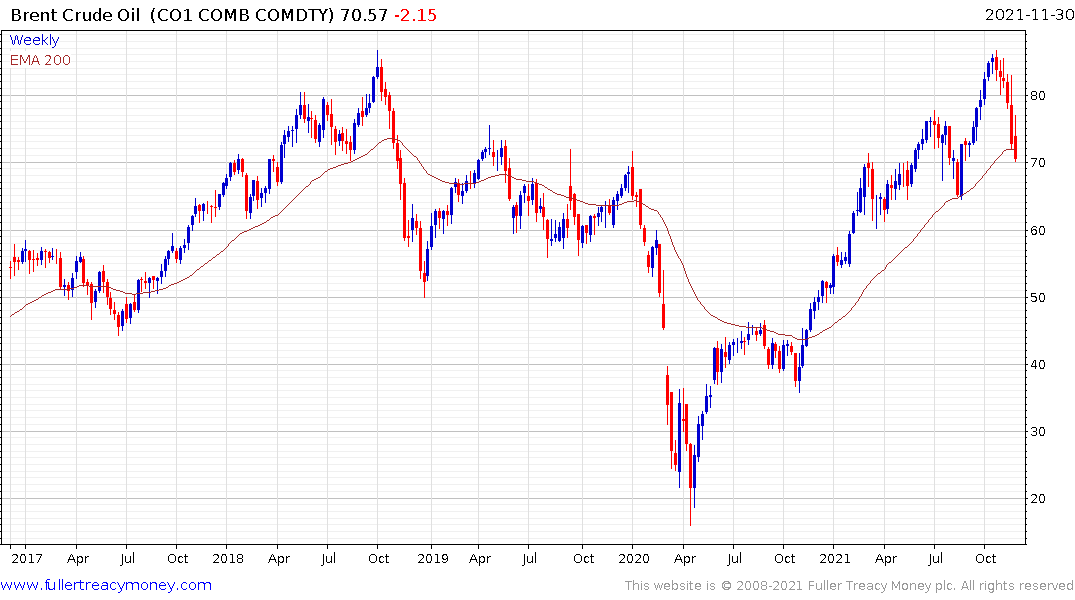 Brent crude oil broke lower today; trading below the 200-day MA for the first time in more than a year. This is a massive reaction against the prevailing trend which is a type-2 top formation characteristic.