It’s the latest intervention in the market from Putin to talk down gas prices, even as some European officials suspect he’s been holding back supply to pressure Europe into approving Nord Stream 2, the controversial new pipeline linking Russia to Germany. Russia is also concerned that excessively high prices could destroy demand, and would like to see them fall by about 60%, according to people familiar with the situation.

​Tom Marzec-Manser, an analyst at pricing agency ICIS, said the timing of Putin’s comments on adding fuel to Gazprom’s storage sites in Germany and Austria could be connected to Germany’s Economy Ministry saying on Tuesday that certification of Nord Stream 2 wouldn’t pose any risks to security of supply.

UK natural gas futures extended their pullback on the above news. That further supports the view that a peak of medium-term significance has been reached. The bigger question is how much prices will fall as the bottlenecks ease? Generally speaking, it is unusual for commodity prices to trade back down into their base formations once breakouts occur. Significant sources of new supply would be required for that to happen. 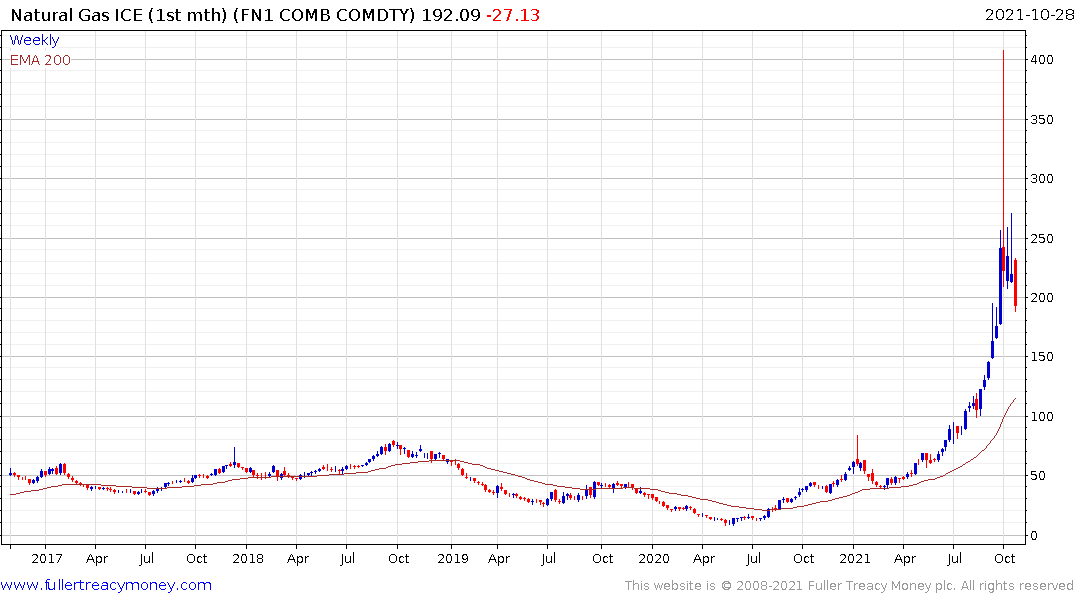 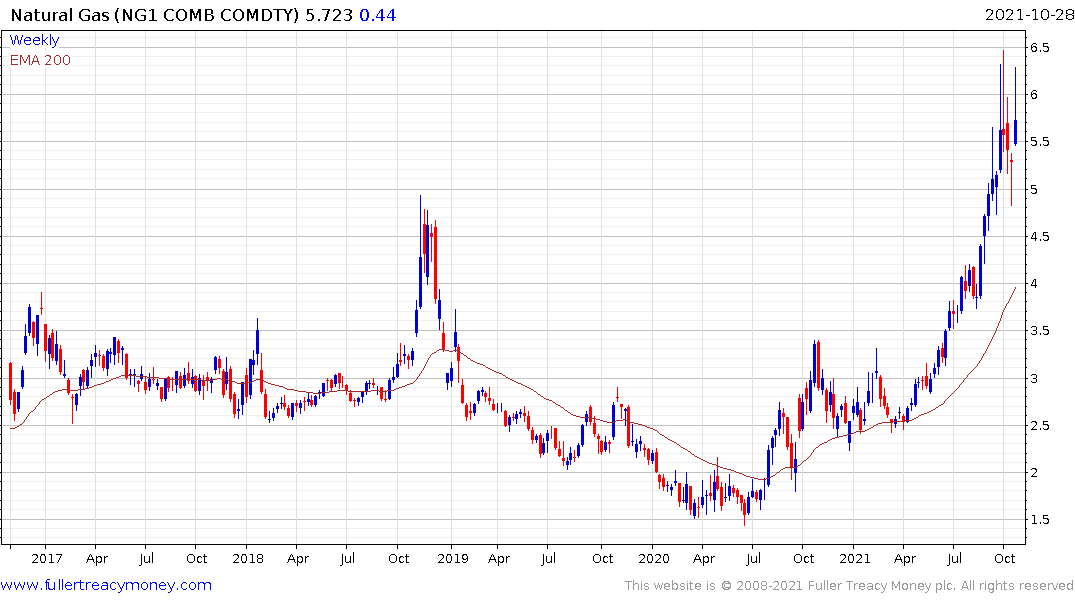 US natural gas is also pulling back on this news since it is much more influenced by international events than it was before the advent of exports. 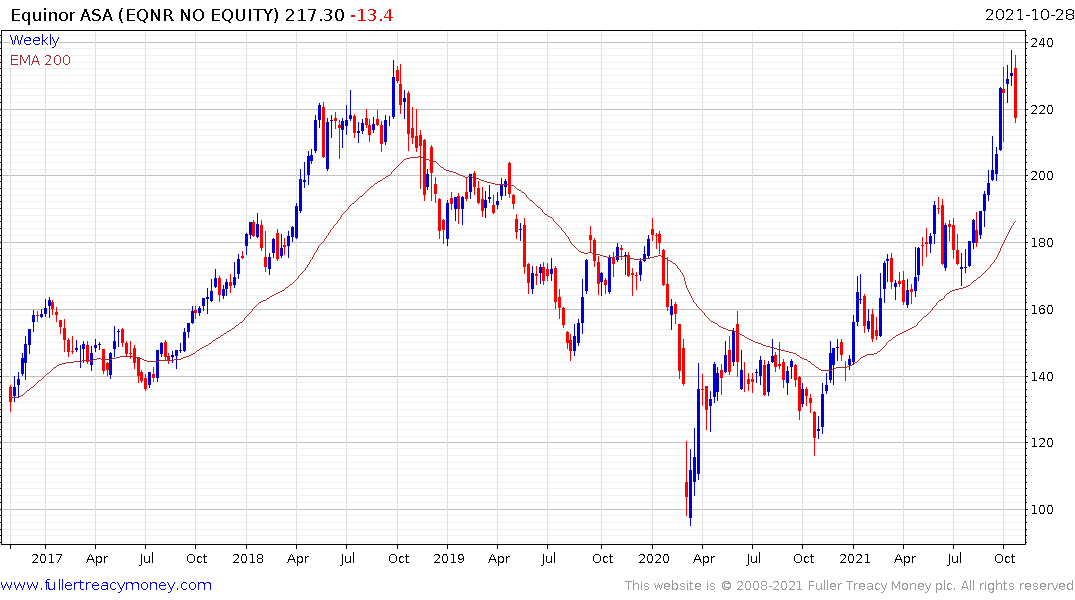 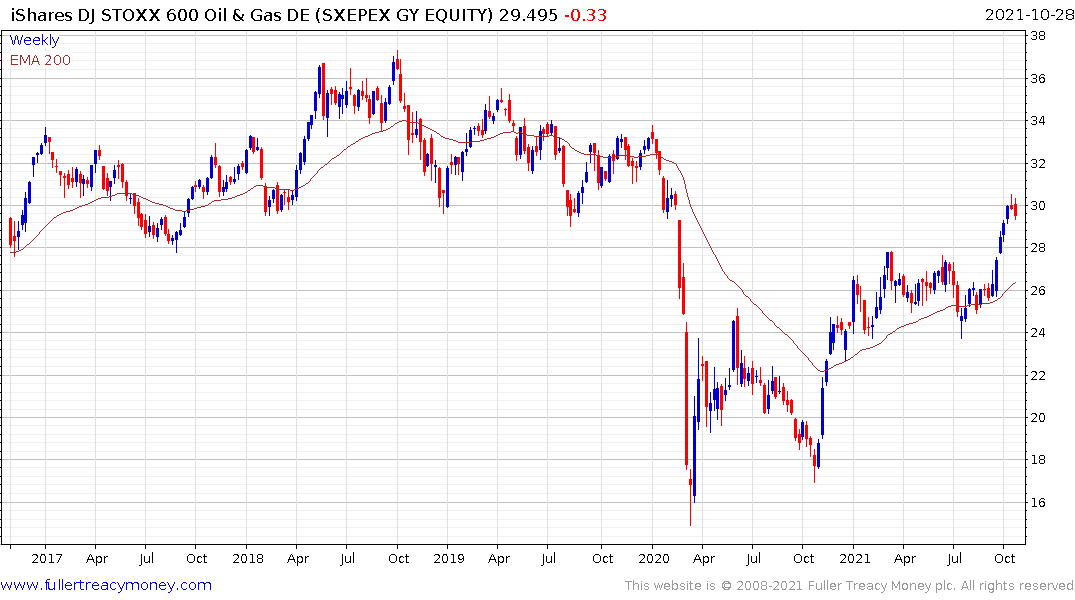 STOXX Europe 600 Oil & Gas is pausing in the region of the lower side of the overhead trading range and at least some consolidation of the short-term overbought condition appears likely.