Equinor’s Johan Sverdrup oil field is already fully electrified. It started production two years ago and is expected to operate for more than 50 years. The process of extracting the crude emits 0.67 kilograms (1.5 pounds) of carbon dioxide per barrel, compared with the company average of 9 kilograms. The global average is 18 to 19 kilograms.

Yet Norway isn’t the only country with this idea. Saudi Arabia, leader of the Organization of Petroleum Exporting Countries, also says it wants to pump the world’s last barrel. The carbon intensity of the kingdom’s crude matches that of Equinor, at 9 kilograms a barrel, according to Oslo-based consultant Rystad Energy A/S.

There’s also the question of whether it will remain politically possiblefor Norway to remain as a major exporter of carbon-based fuels even as it implements its own emissions reductions, and strives for leadership in areas such as electric cars. Its neighbor the U.K. is already facing stiff opposition to new oil and gas developments on climate grounds, contributing to the shelving of the Cambo field earlier this month.

Conventional oil wells tend to have lengthy production profiles but even these eventually peak and need to be replaced. For unconventional wells the requirement for fresh drilling is much more urgent because of the steep initial production profile and early peak. The major oil companies are attempting to evolve in an environment where they are going to be judged on their carbon emissions. That’s expensive but ultimately favours the lowest cost producers like Equinor and the GCC.

The shale producers have enjoyed seeing free cash flow swell over the last year as oil prices recovered. They are no longer chasing market share and leases. Instead, investors want profits. That means less drilling and producing as much as possible when prices are high. The major US oil companies have no interest in seeing prices collapse and will be reluctant to significantly boost supply with so much political uncertainty. Right now demand is a bigger concern than supply. 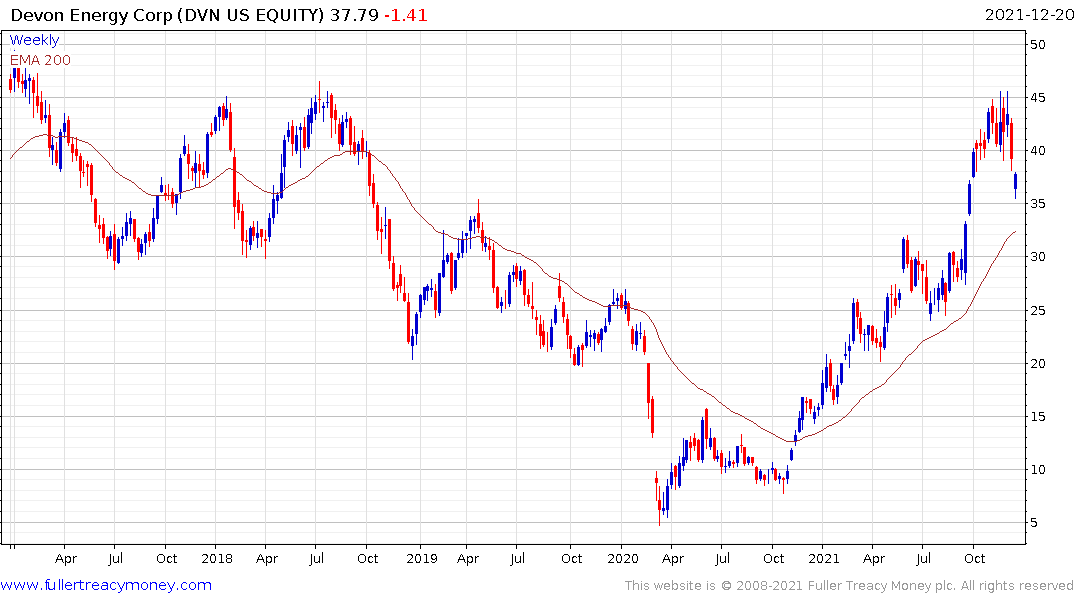 Devon Energy was among the best performing stocks on the S&P500 this year because it was able to boost production, cut debt and increase its dividend. As oil prices roll over, the share has experienced its largest pullback in a year. It will need to hold the region of the trend mean if the benefit of the doubt is to continue to be given to the upside. 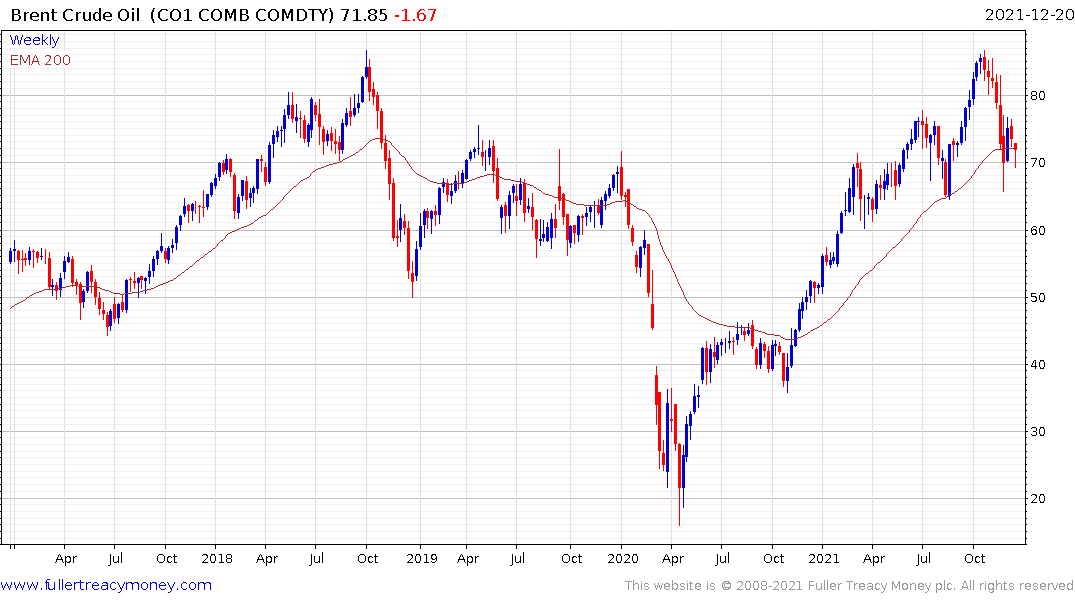 Brent crude oil failed to sustain the move above $80 and is now distributing below the trend mean.  It pared today's decline but a sustained move above $75 will be required to question potential for additional downside.