Canada-based vanadium mining company Largo Resources has announced that its U.S.-based unit Largo Clean Energy has signed its first supply agreement for its VCHARGE ± vanadium redox flow battery system, with Enel Green Power Spain, a unit of Italian renewable energy company Enel Green Power, which is itself part of the Enel group. Under the terms of the deal, Largo Clean Energy will provide a five-hour, 6.1 MWh system for a project in Spain whose start-up is scheduled for the third quarter of 2022.

The company's VPURE and VPURE + vanadium products come from one of the three largest vanadium mines in the world, the company's Maracás Menchen mine, located in Brazil. These compounds are used to develop's Largo's  VCHARGE ± vanadium redox flow battery technology.

Vanadium surged in 2018 on expectations that the world would adopt redox flow batteries for utility-scale energy storage. The uptake was less enthusiastic than many expected and the price of the metal collapsed.

A base formed for much of 2020 and the price is now extending a breakout. The renewed drive towards renewables and adoption of carbon taxes should bolster demand for these kinds of powerful but immovable batteries. 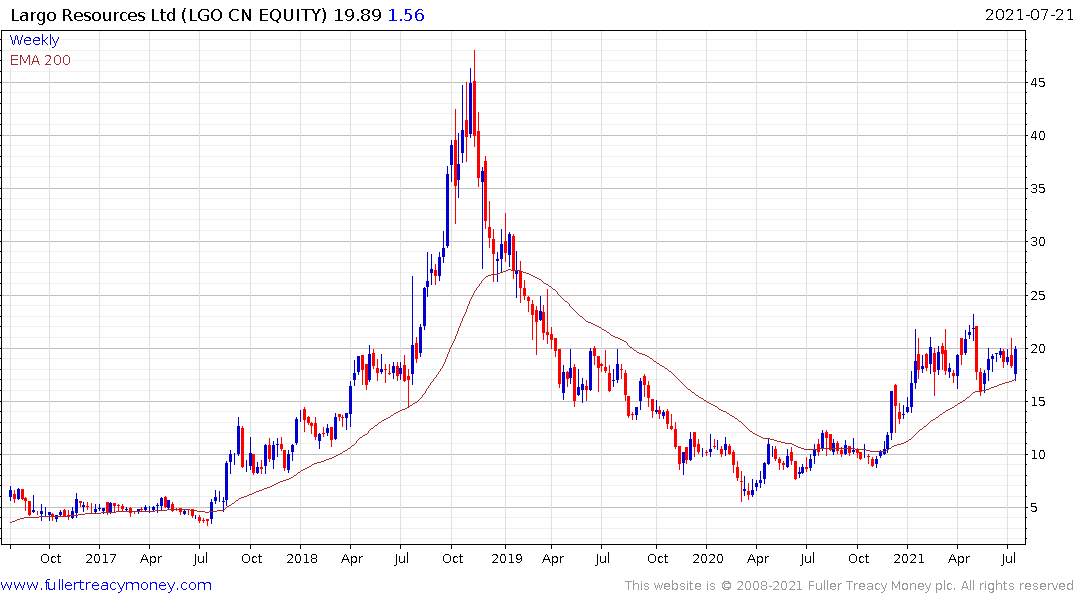 Largo Resources is firming from the region of the trend mean as it puts in a first step above the base. 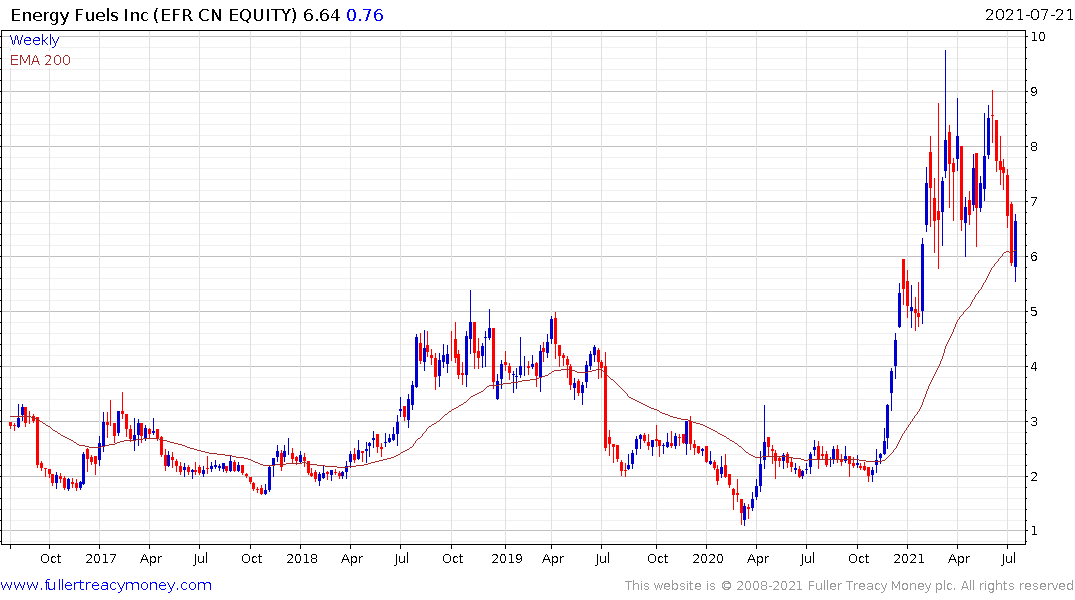 Energy Fuels is also firming from the region of the trend mean. 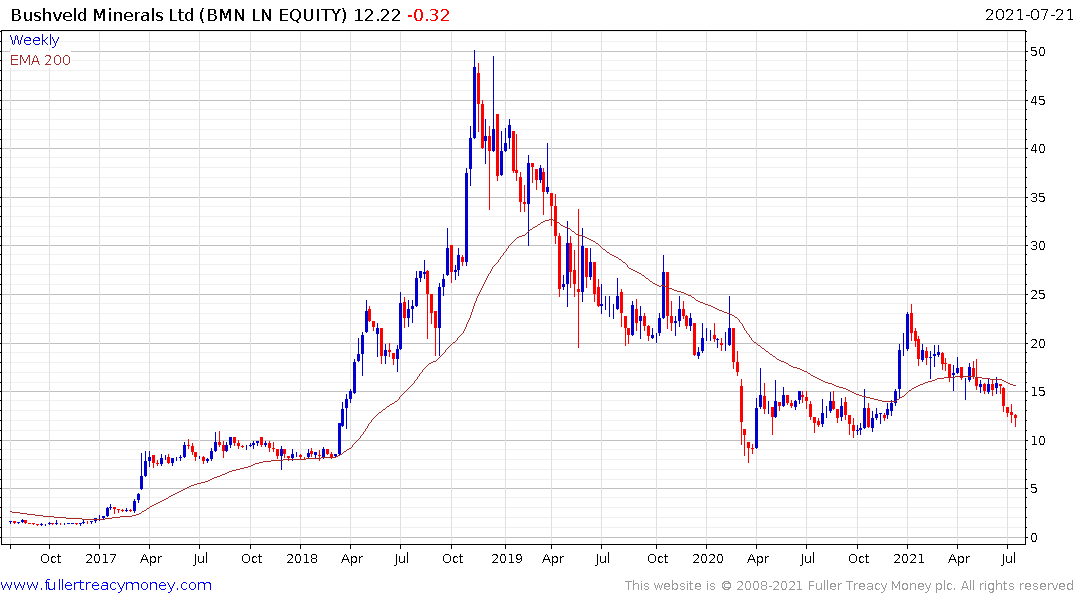 Bushveld Minerals has been falling all year but is now back in an area of previous support near 10p.

This report from MJG Capital highlights the speculative opportunity in Strategic Resources. The C$10 million market cap makes it a microcap and the share has yet to  clearly demonstrate a return to demand dominance. It has, however, steadied around 25₵ over the last couple of months.