Encana CEO Surprises With Makeover in One Year by Eoin Treacy

Since taking over, the former BP Plc executive announced the sale of $2.3 billion of gas properties, the purchase of $3.1 billion of oil lands, planned a royalty spinoff and paid down debt. Suttles is shifting production toward more valuable oil and gas liquids to buffer Encana from the wave of North American supply unlocked by modern drilling techniques that reduced gas prices about 60 percent in the past six years.

“He’s done a better job than what I was originally anticipating,” Kyle Preston, an analyst at National Bank Financial in Calgary, said in a May 15 phone interview. “My original view, and it was probably shared by much of the market, was that Encana was this beast of a gas-focused company and it was going to be hard to turn that ship around.”

In November, Suttles laid out plans to fire almost 1,000 people, or about 20 percent of Encana’s workforce, and lower its dividend 35 percent to cut costs and boost profits.

“He took the hard medicine up front” and the company is now on a “good path,” Craig Bethune, a vice president and portfolio manager at TD Asset Management Inc. in Toronto who holds Encana shares, said in a May 15 phone interview. “The stock’s done well so that’s probably your biggest evidence.”

Natural gas companies have been forced to evolve by the ongoing revolution in unconventional supply. This has been particularly challenging for Canadian producers since the USA represents their only export market of any size and US production has ballooned over the last decade. This has forced a migration to oil rich plays where possible and some drastic cost cutting in other parts of their businesses. 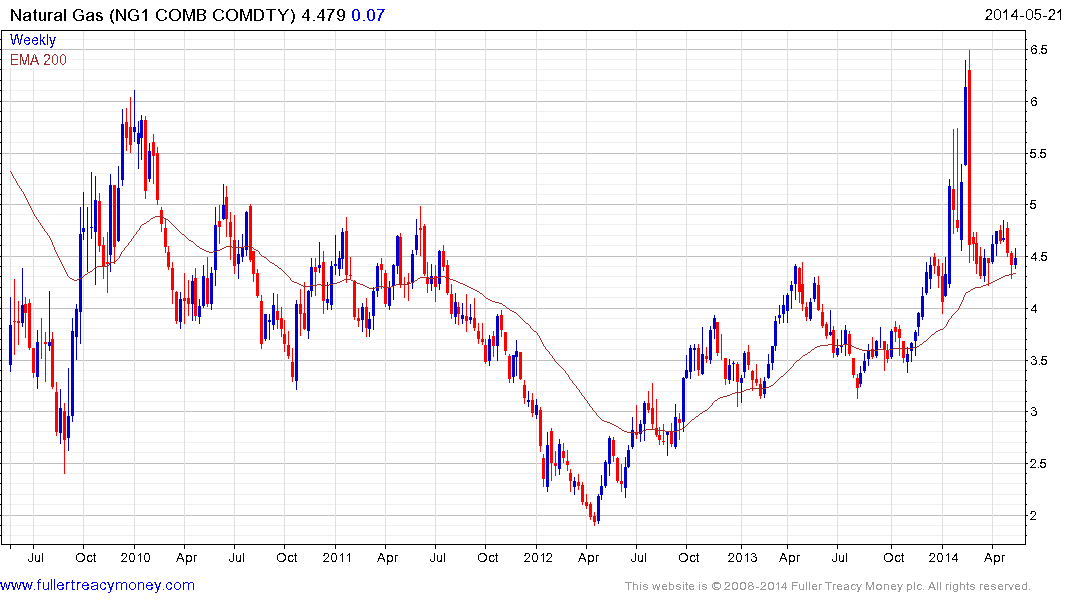 The rationalisation of the natural gas sector resulted in the oversupply situation moderating by last year and prices surged from January as cold weather drew down reserves faster than many had expected. Prices have since stabilised above the psychological $4 area. This rally acted as a bullish catalyst for many natural gas companies and Encana rallied impressively to its early April high. Consolidation of that powerful gain is now underway and an additional reversion towards the mean looks more likely than not. 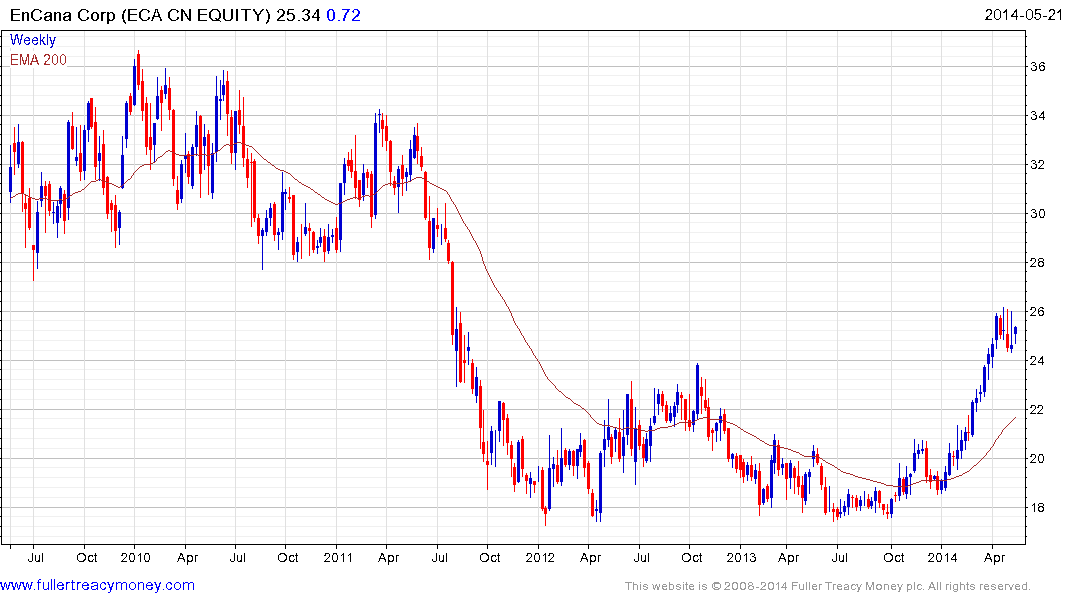 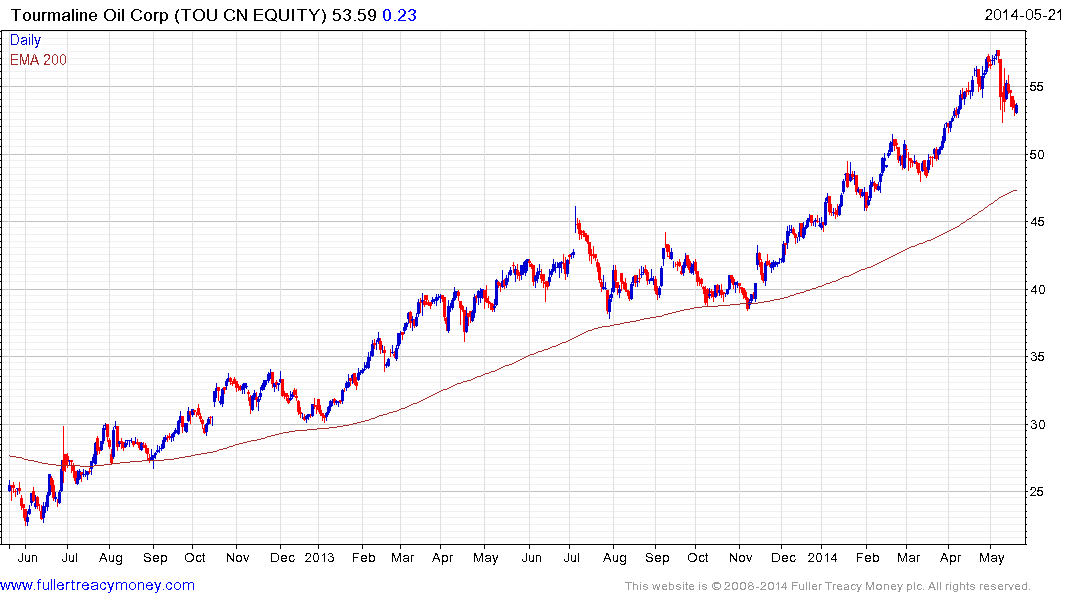 Birchcliff Energy has rallied back to test its peak following some positive broker comments. However a sustained move above C$13 will be required to check potential for an additional pause. 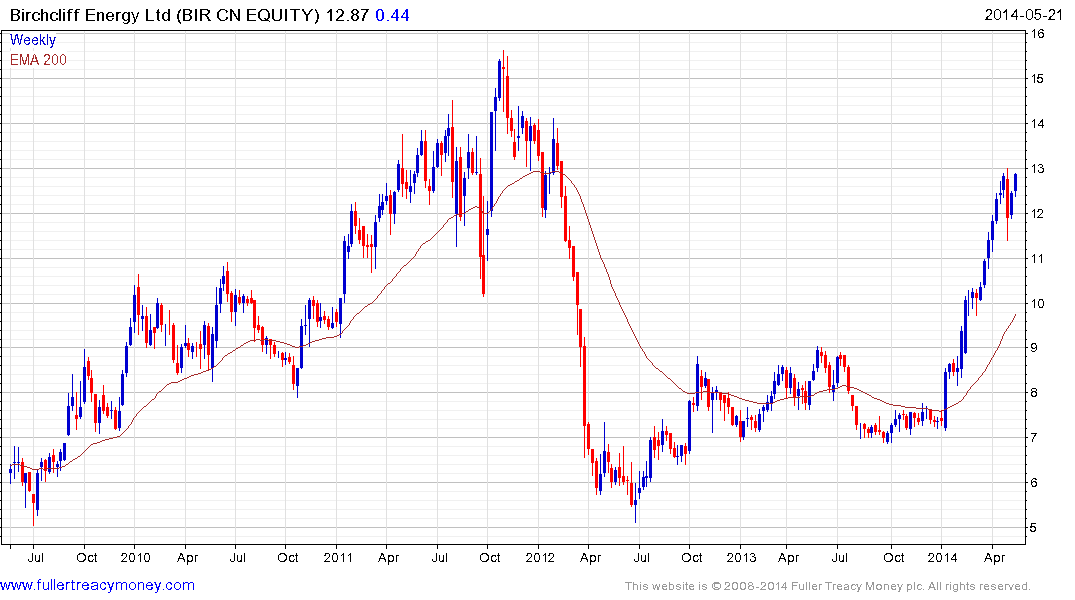 Crew Energy has retraced approximately 50% of its advance and steadied this week. However some support building will be required in order to support an additional advance. 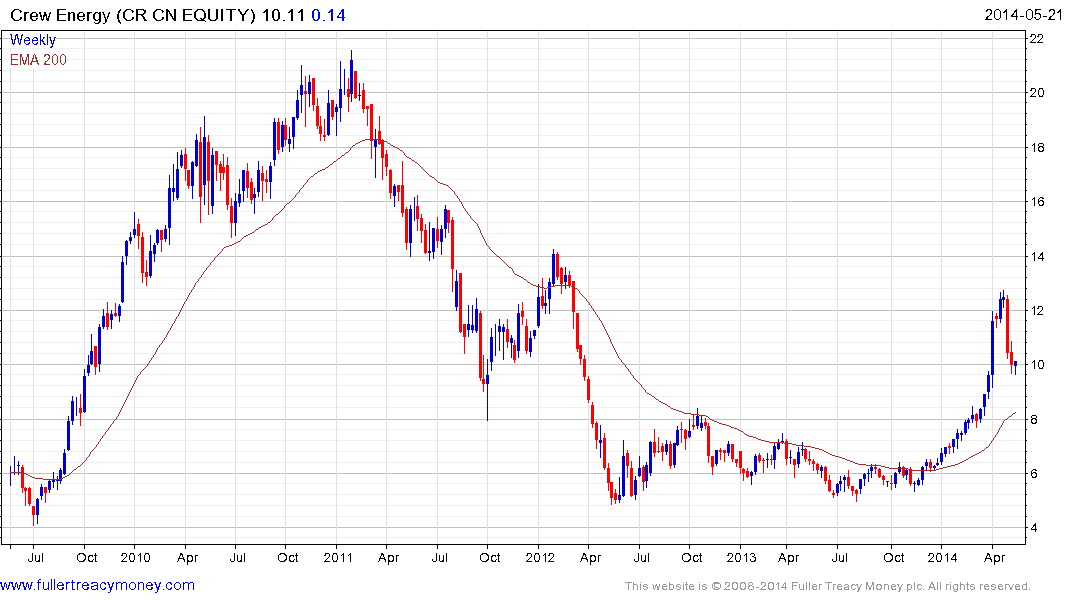