Email of the day on slower Chinese growth:
Comment of the Day

Email of the day on slower Chinese growth: by Eoin Treacy

Think, you may find interesting this Financial Times story that looks into the longer-term consequences of Evergrande saga - https://on.ft.com/3io45gH (open link). It seems that the Chinese real estate market finally (at long, long last) is crumbling, not without help of the country leaders. If it is so and given the fact that the property market accounts for 29% of the Chinese GDP (and land sales to developers, for the third of local governments’ revenues), the economic growth seems to slow dramatically in the coming years. What could be implications, in your view? We all remember that China and its industrialization were the major drivers of the global commodities supercycle in the 21st century. Also, every time China has got into trouble, the Communist party used the same recipe “more investments in infrastructure and construction, more leverage. If now China and its property sector grow much more slowly, not to mention possible contraction of the latter, it will need much less metals and materials, and also possibly less gas (to power plants and send it to homes) and even oil (fewer working trucks and construction equipment). What do you think?

Thank you for this informative email which may be of interest to the Collective. Here is a section from the FT article:

An even more consequential trend for China’s political economy is the collapse in land sales by local governments, which fell 90 per cent year on year in the first 12 days of September, official figures show. Such land sales generate about one-third of local government revenues, which in turn are used to help pay the principal and interest on some $8.4tn in debt issued by several thousand local government financing vehicles. LGFVs act as an often unseen dynamo for the broader economy; they raise capital through bond issuance that is then used to fund vast infrastructure projects.

The second order solution has to be a property tax. Chinese citizens are among the least taxed in the world. Outside of those who receive a steady paycheck from a supervised employer, very few people pay the taxes they owe. Land sales are what keeps the party going. Increasing taxes means slower growth. Therefore, regardless of whether efforts to avoid contagion are successful or not, the most likely outcome is slower growth.

China is a massive demand centre for all manner of commodities. If we are to see secular bull markets evolve in future there will need to be a new demand growth driver. The two big candidates are India’s industrialization and the global drive to promote renewables and build a hydrogen economy.

It would be very fortuitous if the peak in one demand source dovetails perfectly with the rise of another so it is particularly relevant to pay attention to the consistency of overall trends. The last bull market in commodities was oil and iron-ore led. This time around it is more about copper and lithium. 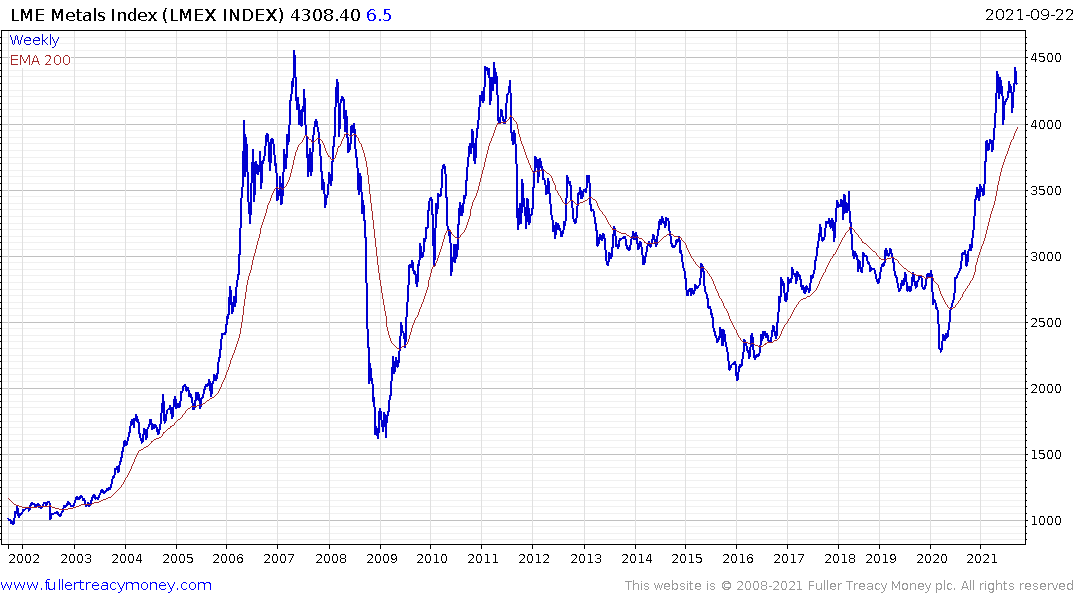 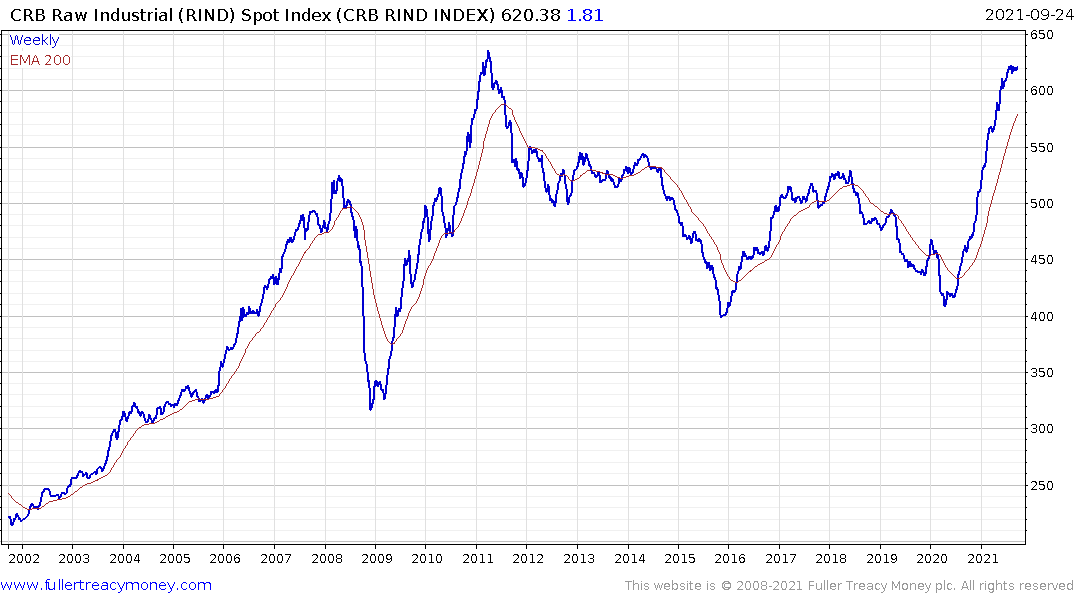 Meanwhile, the lack of investment in additional new supply of fossil fuels is supporting their prices. That creating a lumpy transition to renewables which the UK is now fully aware of.

Over the next six months we can expect additional surprises in iron-ore, coal and aluminium prices as China curtails production in an effort to clean up the air ahead of the Winter Olympics in February.