I hope you are enjoying the holidays and looking forward to a better year next year.

Here’s another one of Charles Gave's excellent articles-the oil price is on the move thus starting to bear out his fear of a 1970s-type repeat.

Secondly, regarding Ethereum, have you been able to quantify any price target and if so, what technical data/events have you chosen to use?

Thank you for this interesting report which repeats Gave’s earlier call for an inflationary boom with which I agree. However, I’m not sure we are in the same kind of bull market in oil that we had in the first decade of this century. The history of secular bull markets in oil points to rising prices lasting as long as it takes new sources of supply to reach market. That is followed by decades of ranging. 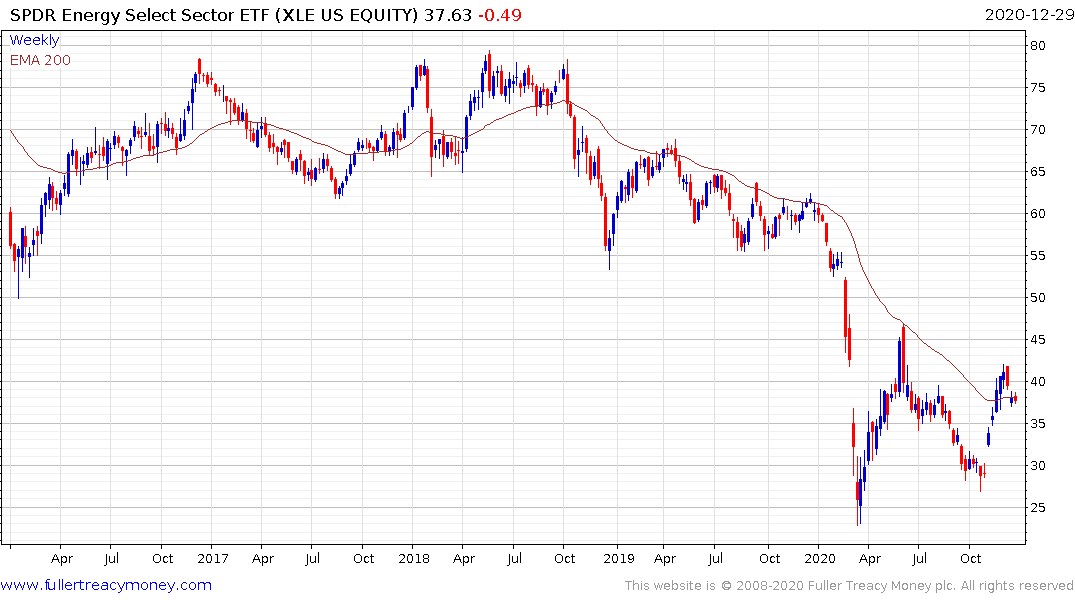 The good news for investors in oil shares is they are priced as if oil demand is going to evaporate imminently. That suggests much more scope for a rally in oil shares than a new bull market in oil prices where the move is measures in multiples of current prices rather than percentages. 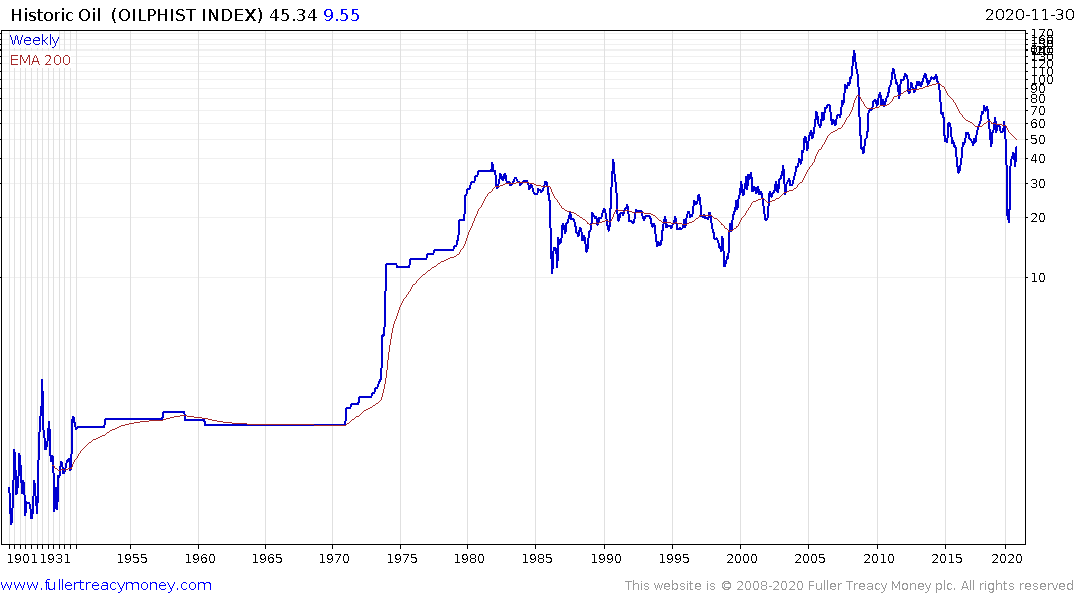 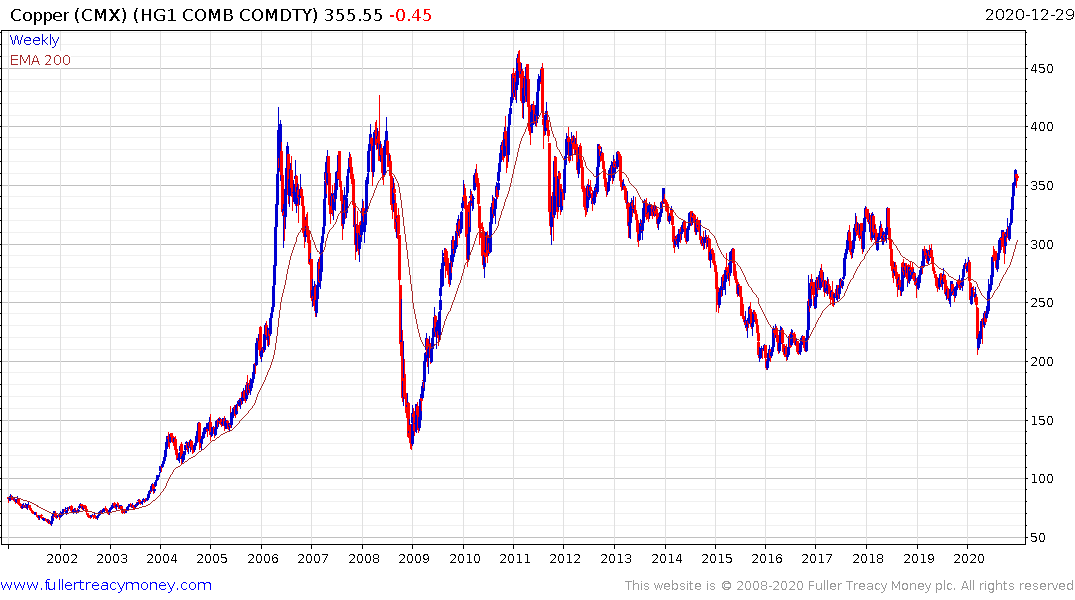 Instead, the energy transition to “greener” fuels has ample scope to raise prices for all kinds of consumers which is the same as an oil shock. There could be a supply inelasticity argument for copper for the next decade as demand evolves in the energy sector. The fact the price is at new seven-year highs supports that view. The fact that no new major sources of supply have been brought to market since the commodity crash also supports the supply inelasticity meets rising demand argument.

This compendium of analyst estimates of stock, bond, currency and commodity performance in 2021 may also be of interest.

Let’s turn to Ethereum. I continue to regard it as a high-beta version of bitcoin. In much the same way that silver lagged gold in the early stages of the bull market, Ethereum is doing the same thing with bitcoin. However once investors and trades accept that a new bull market is underway the high-beta plays tend to move to outperformance and sustain that position until the peak. They subsequently fall much more than the central asset. 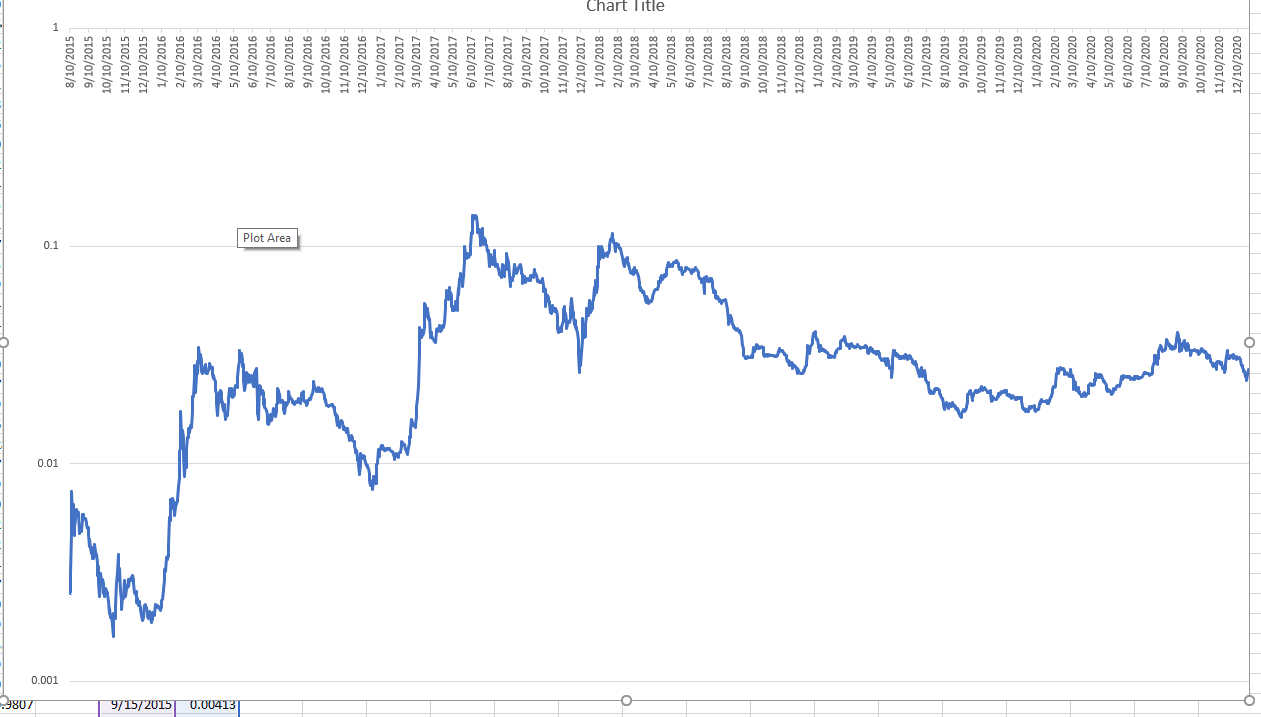 I created this ratio of the Ethereum/bitcoin ratio which includes all of Ethereum’s available history. The ratio bottomed in 2015 around the same time as bitcoin and it also bottomed in early 2017 when bitcoin first broke above $1000. The ratio peaked in June almost six months ahead of the bitcoin peak. 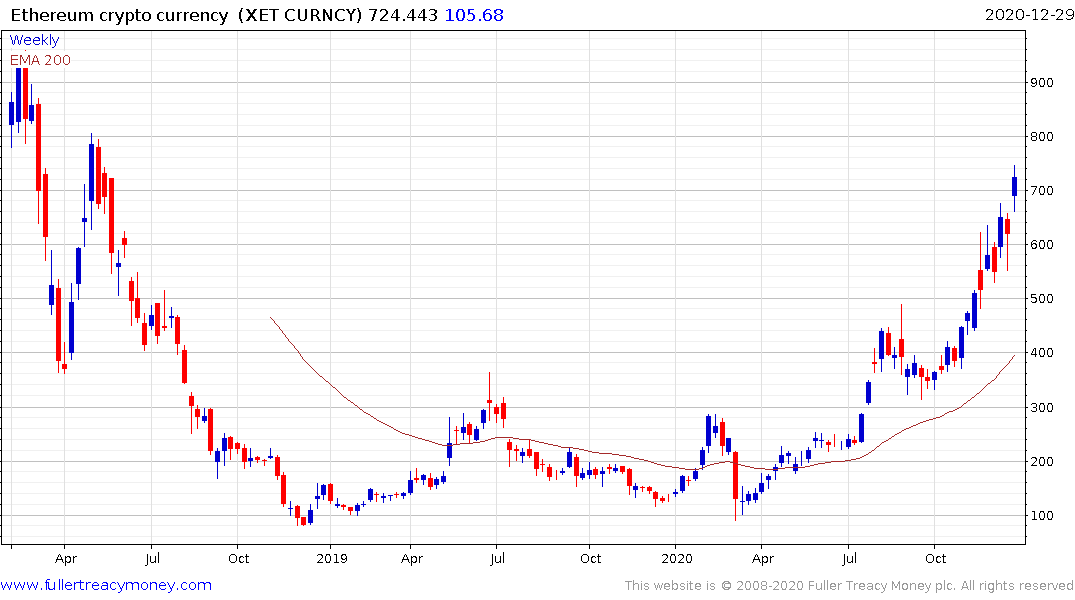 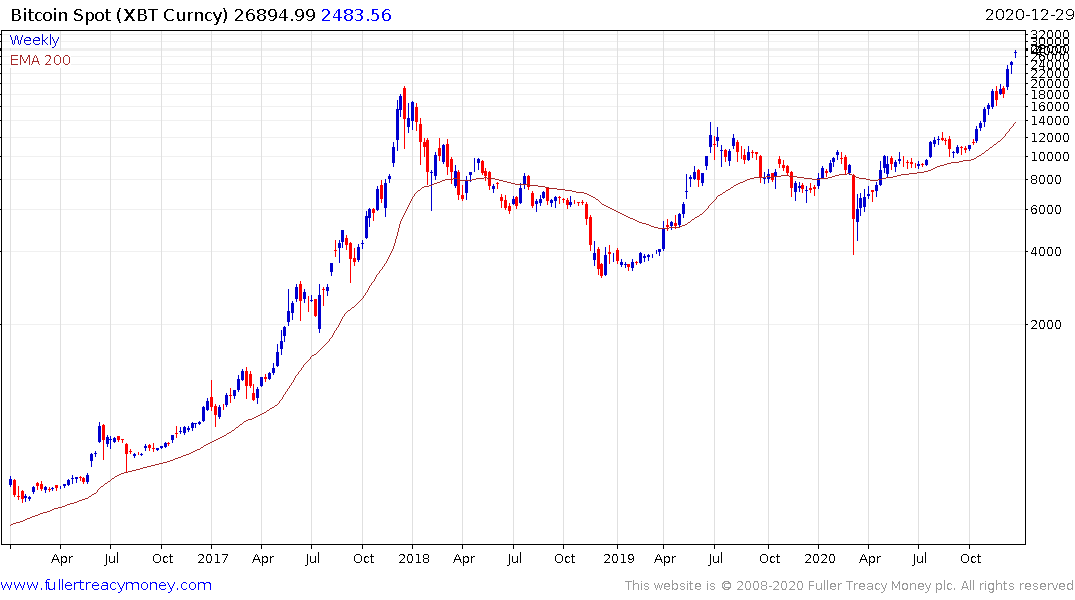 At present Ethereum is underperforming bitcoin. That’s been true since September and is an anomaly relative to the earlier history of outperformance. It is tempting to think of this as a new situation where interest will remain focused on bitcoin, but I suspect what we are instead seeing is a delayed reaction to the bitcoin bull. That may suggest we are not yet in the acceptance stage of this crypto bull. Perhaps, a move above $1000 for Ethereum will be required to change the pattern of current underperformance.

In the meantime, I believe it is a fruitless exercise to opine how high prices can go. All we can do is monitor the trend. I don’t think we are going to see the same kind of multiplication in prices on this occasion as in 2017 simply because prices are much higher now than back then.