Email of the day on hydrogen
Comment of the Day

Email of the day on hydrogen by Eoin Treacy

I loved your article but why don't you mention the rise of hydrogen and the use of green hydrogen as being a valuable alternative as an energy storage tool for the future (we are talking about 2040!)? It's also more logical as energy source for trucks as batteries alone are far too heavy...

Thank you for your kind words and this email which raises some important points. I have been of the opinion for years that the low price of natural gas would seed a hydrogen economy. That now appears to be coming to fruition. Ultimately, the production of hydrogen will be replaced with less reliance on fossil fuels, but we are reliant on gas for at least the next decade to deliver supply.

Energy storage solutions are an additional expense for power stations. The only way they are viable is with political and regulatory backing. The primary challenges of wind and solar farms are intermittency and replacement costs. Coal fired power plants generally last fifty years and require little maintenance. Wind and solar last half as long and required more maintenance. Storage only increases those costs. Fortunately for the sector, there is clear government support in the various types of carbon credits.

Hydrogen as a fuel for flight, as a primary fuel in haulage vehicles and a range extender in hybrid vehicles all show promise over the long term. For example, a number of datacentres now use fuel cells to deliver constant flow electricity rather than relying on the grid. 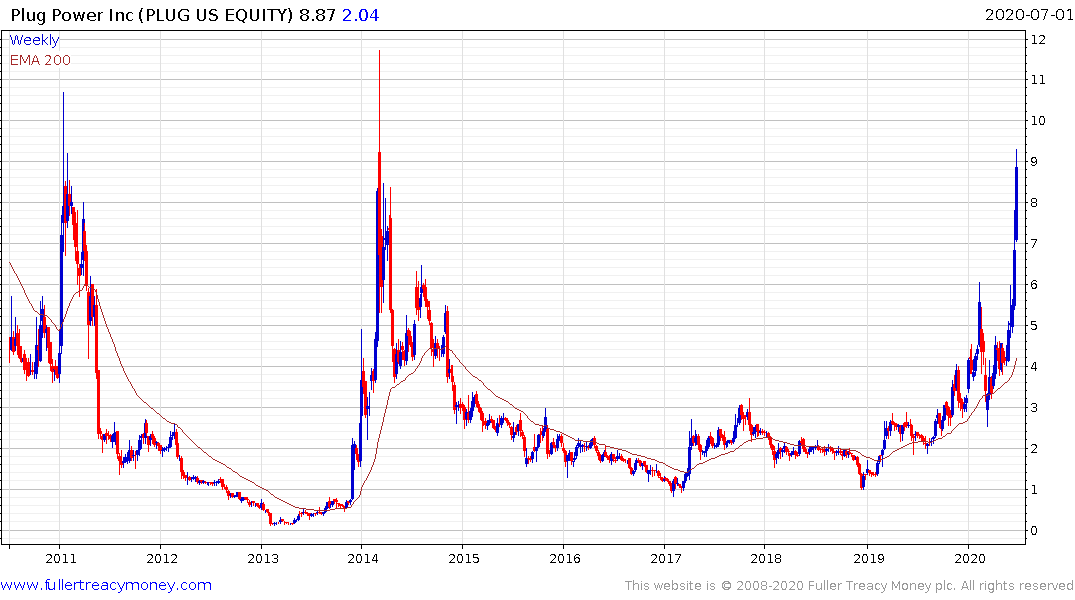 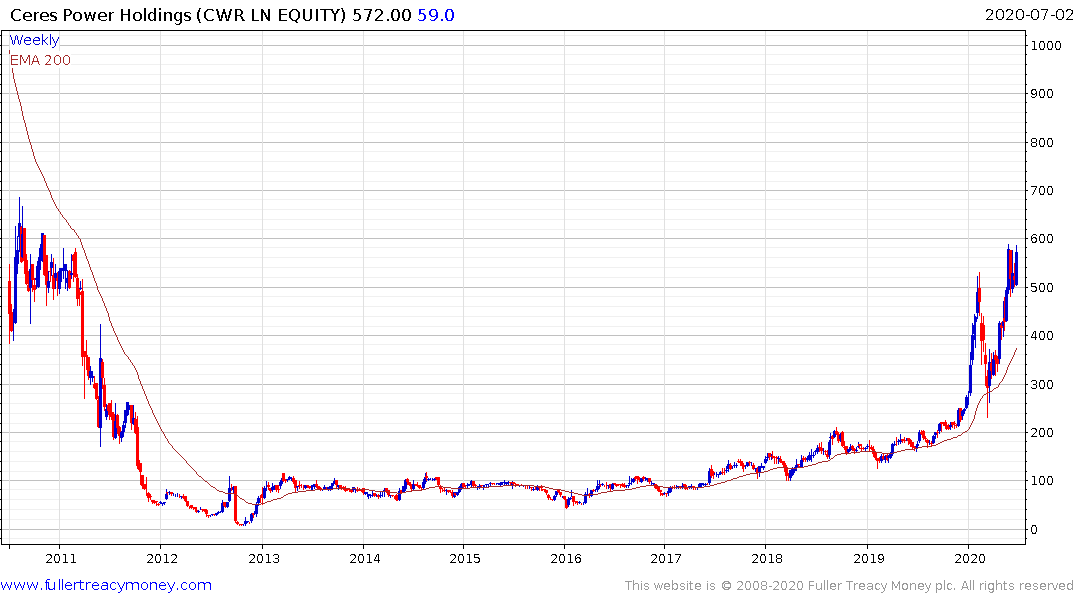 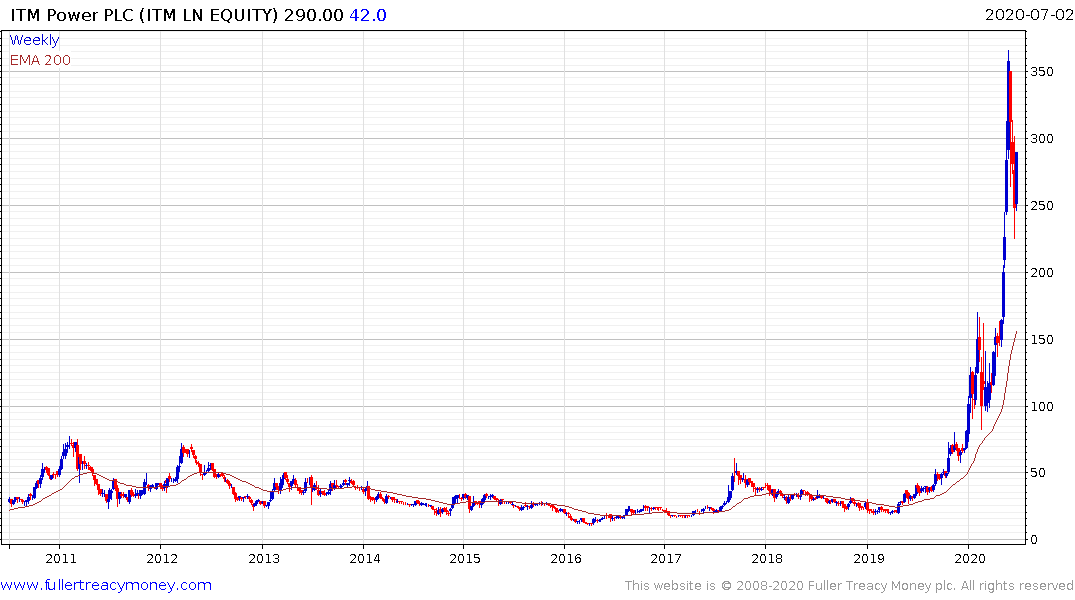 Companies like Plug Power, Ceres Power and ITM Power have all come through their recent consolidations with their uptrends intact.