Email of the day on climate change.
Comment of the Day

Email of the day on climate change. by Eoin Treacy

Regarding the Allen Brooks piece on Climate change. I have to say I find the benign conclusions of the report totally unconvincing. Over the years I have read widely on the subject and have been especially impressed by the publications and books of one of the most eminent climate scientists whose work goes back more than 50 years. I refer to Professor James Lovelock. In a recent BBC interview, he suggested that global warming may be entering an acceleration phase. As I write this reply a news story has just announced that a high-pressure dome is due to affect the Eastern states of the US with predicted city temperatures likely to exceed 40 deg C. The simple fact is that you cannot expect hydrocarbons that have been trapped in the Earth’s crust over many millions of years, to be exploited by man over a few decades with the bye products going into the atmosphere, without grave consequences.to follow. Globally we have just experienced the hottest June ever and significantly Siberia has been 7 deg C above normal for the time of year. I mention this in respect of the melting permafrost which is now releasing methane in significant amounts. A gas thirty times more significant than CO2.as a greenhouse gas Of course this topic is an extremely emotional one, simply because the decisions made now on how we collectively proceed could not be more important. On balance I think I would go with the IPCC and James Lovelock. His books on Gaia theory, by the way, are worth reading

Thank you for this email which may be of interest to others. Higher median temperatures and more humid conditions in some areas than we are accustomed to are a fact. Coral bleaching and marine calcification are also facts we cannot dispel. Pollution of our rivers, lakes and oceans, desertification following logging and rapid expansion of cities to accommodate billions more people all represent significant challenges that need to be dealt with.

However, I am very cautious about accepting the credibility of news reports which are typically written for sensationalism. Last year’s Los Angeles fires are an example. I met more than a few people from outside Southern California who assumed the whole state was on fire. The news reports focused on acreage rather than talking about population density, square miles or proximity to built-up areas. They also minimized coverage of how badly managed forestry in the state has been. The reality is the fires around LA were a lot smaller than many realise.

The coverage of recent big earthquakes showed the same footage of one convenience store over and over because it was the only good footage in such an underpopulated area. That’s does not diminish the tragedy from loss of life but it does raise the question are we better off taking an activist role in managing risk or obsessing about a problem that is very unlikely to be changed by anything we do?

This article from NASA may of interest. Here is a section:

This gradual thaw process is accounted for in climate models and is thought to have minimal effect as thawed ground also stimulates the growth of plants, which counterbalance the carbon released into the atmosphere by consuming it during photosynthesis.

This article highlights the risk of quicker methane release from the formation of thermokarst lakes but does not go into any detail about how significant a risk this represents other than suggesting it could be disastrous. That is the problem with the climate argument. Confirming evidence is accepted at face value but non-confirming evidence is dismissed. This practice is justified by the urgency of the problem and the need for action, but it is exactly when a vital decision needs to be made that cool heads need to prevail. 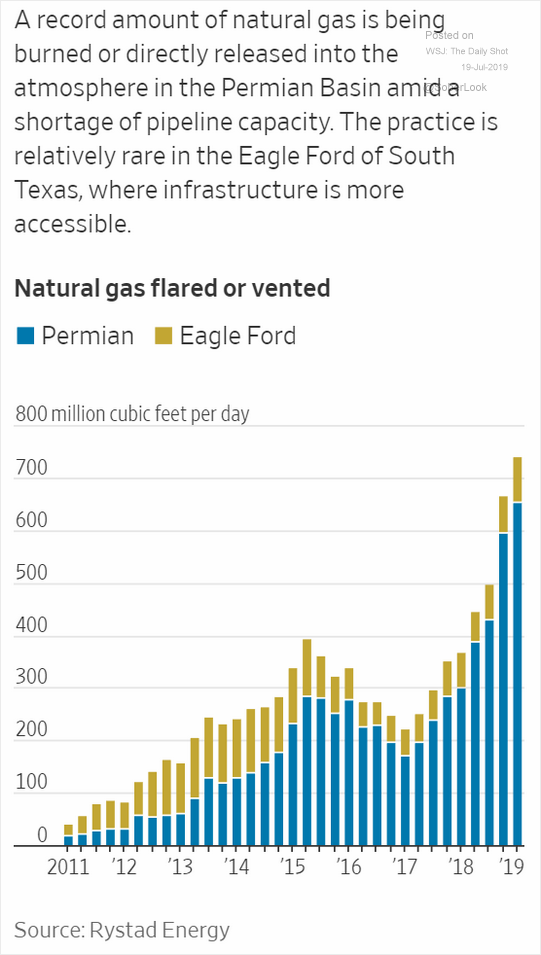 Methane release from thermofrost melting is not something we can do anything about. Building infrastructure to capture gas from oil wells is obviously something we can do. 700 million cubic feet of natural gas (methane) is flared from the Permian and Eagle Ford regions alone on a daily basis. The trend is towards even more because of a lack of pipeline infrastructure. That’s a byproduct of the fact the USA is swimming in natural gas and literally has more than it knows what to do with. Even so, coal consumption in the emerging markets and both Japan and Europe continues to trend higher. One of the biggest questions for investors is how low do natural gas prices have to go before new sources of demand emerge to drive a recovery. Hydrogen fuel cell vehicles are a small step in that direction

We have to deal with the reality provided by the market rather than as we wish it to be. The only way the climate question is going to be resolved is with outsized economic growth that inhibits both pollution and emissions through higher living standards and greater efficiency. We have plenty of empirical evidence to support that conclusion. That is going to require a step change in the energy efficiency and intensify of the global economy. 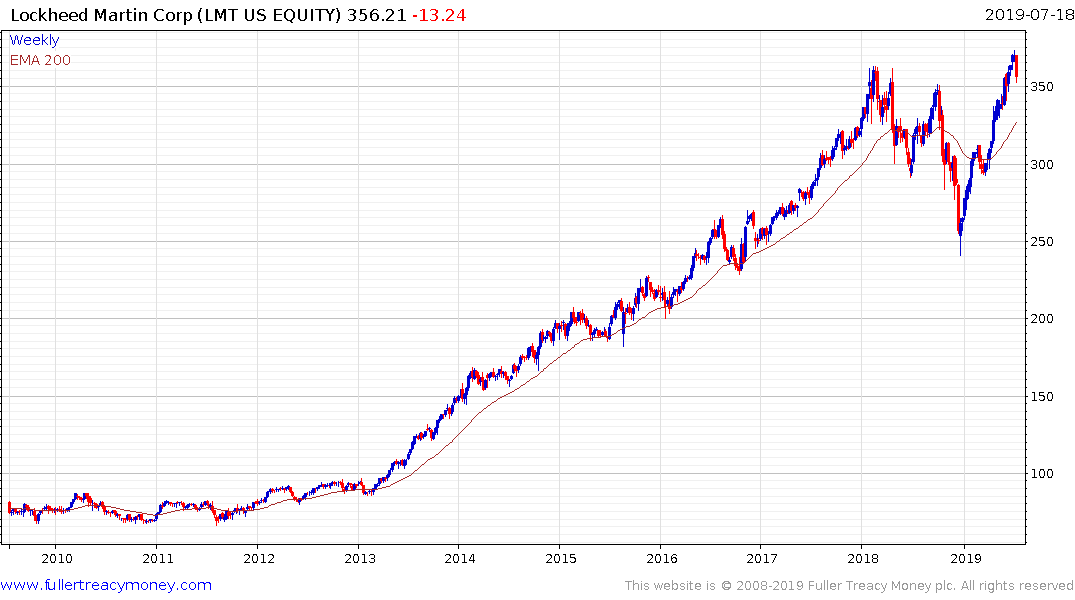 Lockheed Martin’s Skunk Works team are close to completing a scaled-up version of their prototype compact fusion reactor design and should be finished this year. Innovation in superconductors to contain plasma at the required temperature and deep learning driven modelling for plasma fluctuations are accelerating the pace of development in the sector. Of course, we will not have confirmation of net positive energy until it is achieved but it is a sector that is worth monitoring because of the potential for a leap step in the energy returned on energy invested ratio.