European Central Bank policy makers can envisage recalibrating their outlined policy path in March, according to officials familiar with their thinking.

The Governing Council agreed on Thursday that it’s sensible not to exclude the possibility of an interest-rate hike this year, said the people, who asked not to be identified because their discussions are private.

An end of bond-buying under the ECB’s regular program, the APP, is possible as early as the third quarter, the officials said. No decisions have been taken.

An ECB spokesman declined to comment. ECB President Christine Lagarde refused to repeat at her press conference that a rate increase was very unlikely this year, highlighting more persistent-than-expected inflation pressures in the 19-nation bloc. Investors brought forward bets on a liftoff while she spoke.

This graphic from the Nordea highlights the fact that European inflation is all about energy. Raising interest rates doesn’t do much more to curtail demand than high prices are doing already so the ECB is understandably reluctant to rush into action. 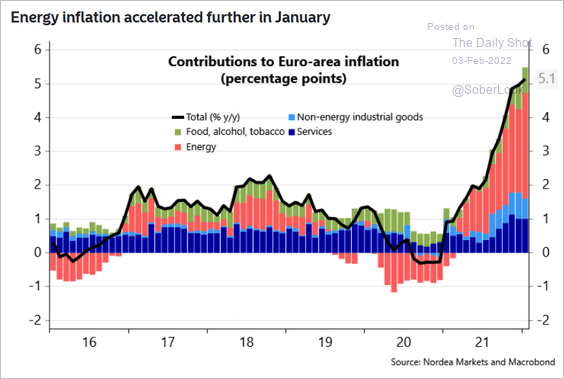 Spring is less than two months away, so there is scope for a shock, but high prices destroy demand. Stories about energy poverty abound. Here is a link to an EU site covering the topic and this article from Reuters discusses present issues.

The answer to Europe’s inflation is political. They either need to play nice with Russia, find gas somewhere else, reopen coal and nuclear plants and/or build more wind, solar and geothermal. Either way significant action is required and resilience should be prioritized. 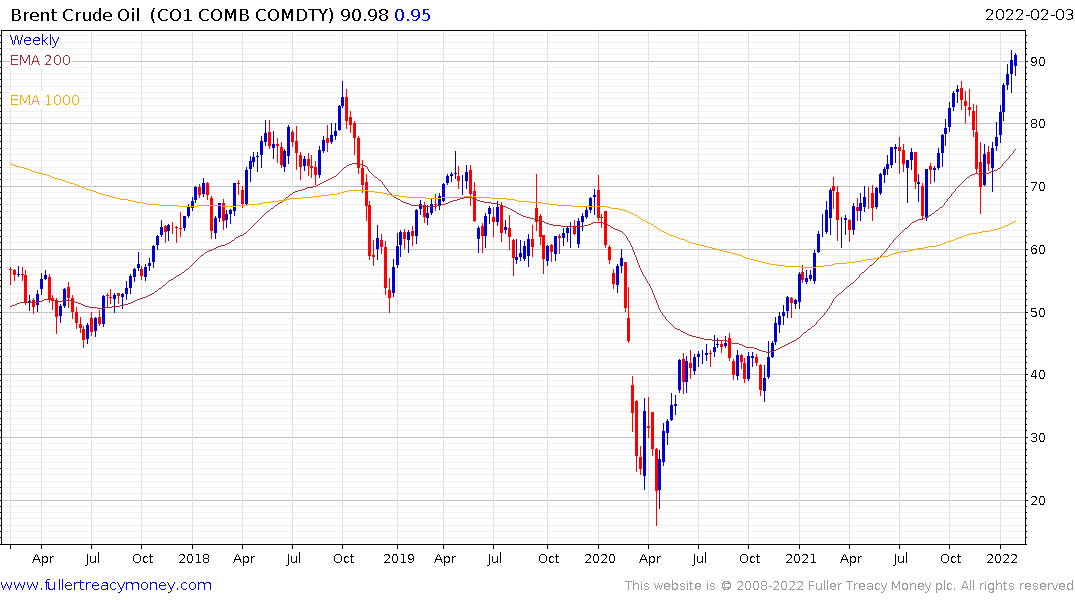 Brent Crude was up in a reasonably dynamic manner today to confirm near-term support and the sustainability of the current uptrend. 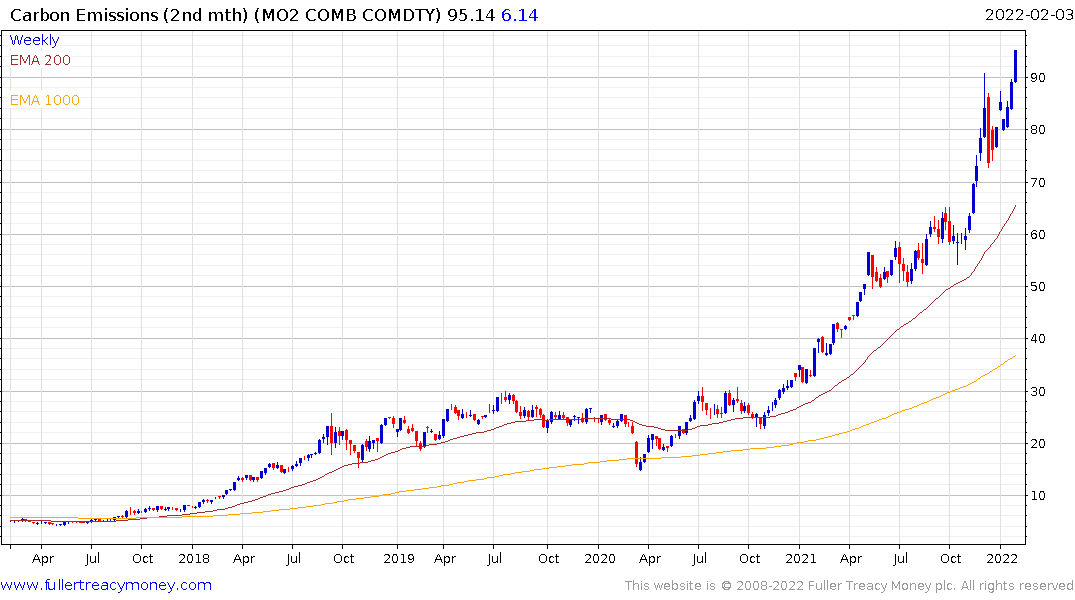 As if high energy prices were not enough, carbon emissions prices continue to trend higher. That’s an additional factor contributing to the potential for demand destruction. 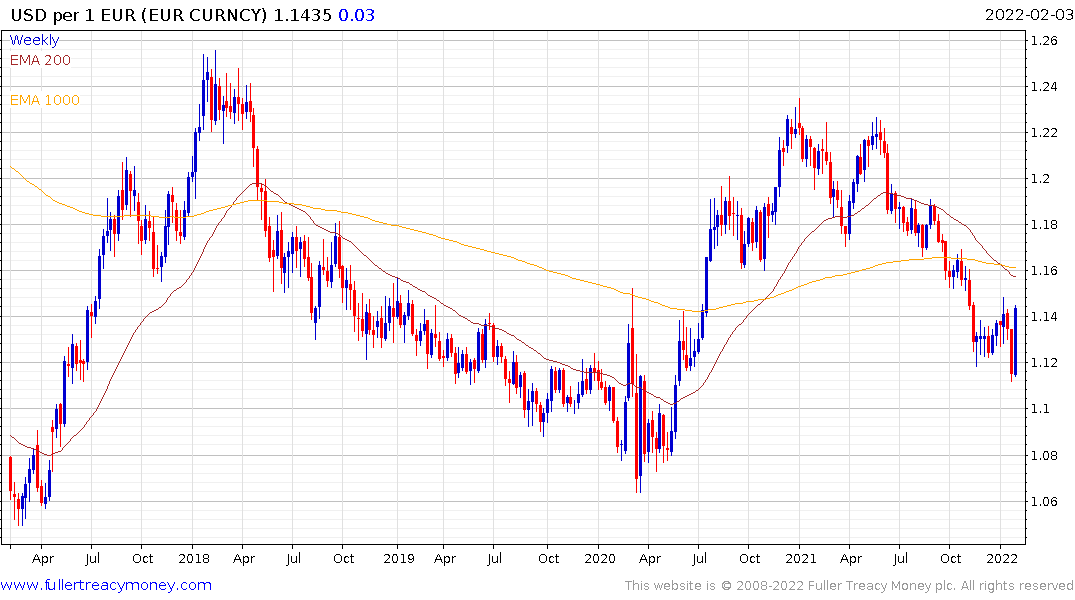 The ECB is now posturing in a similar manner to other central banks and that is supporting the Euro’s rebound.

The corollary is the US government depends on the kindness of strangers to buy its debt. That’s a lot easier when the Dollar is strong, the economy is thriving and growth is surging. The outlook for debt sustainability is facing more scrutiny as yields rise and the appetite of overseas investors is sapped by currency volatility. 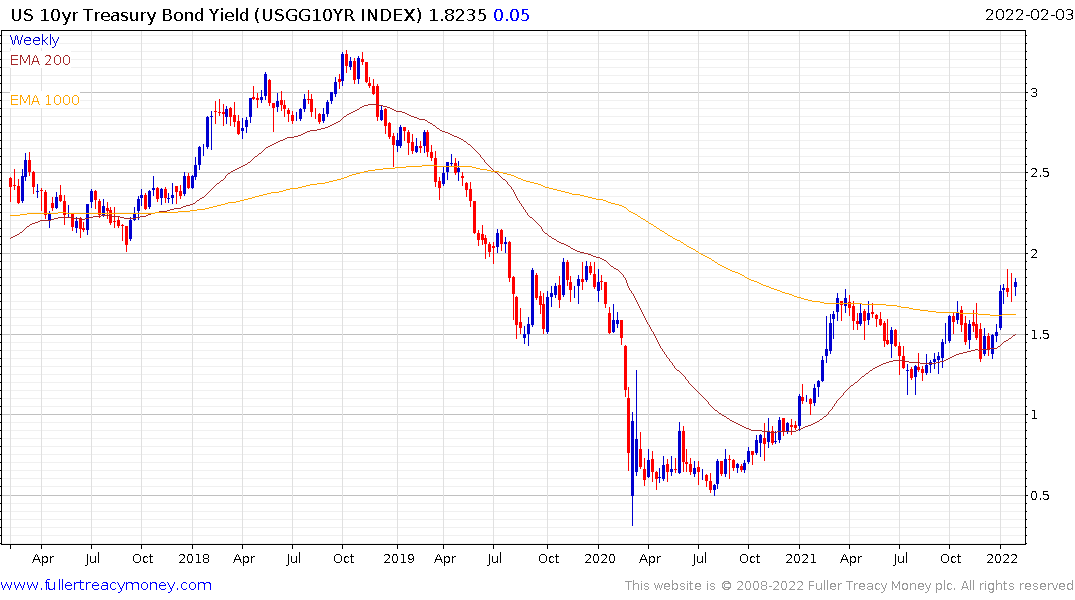 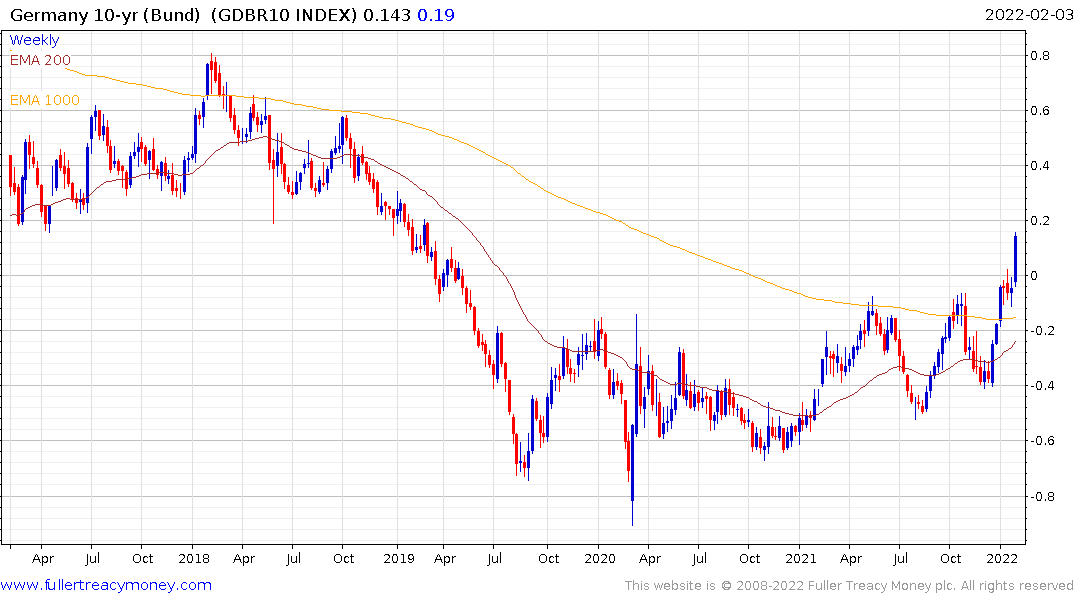 Bund yields broke out to complete an almost three-year base formation this week. 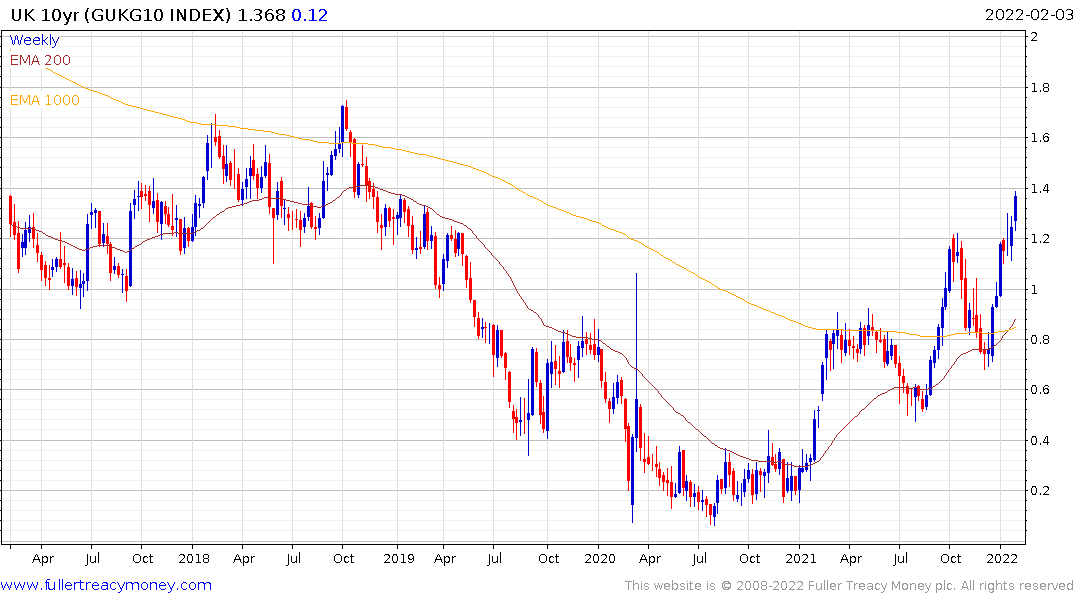 UK gilt yields are rising even faster and are approaching the 2018 peaks near 1.5%.

The longer energy prices stay high, the greater the risk of stagflation, particularly in Europe.