Contributing to the supply shortage, the number of major new gold discoveries by year, i.e., greater than 2 million Troy ounces, has been in a declining secular trend for 30 years including the cyclical boost between 2000 and 2007. At Crescat, we have been building an activist portfolio of gold and silver mining exploration companies that we believe will kick off a new cyclical surge in discoveries over the next several years from today’s depressed levels.

Gold mining exploration expense industrywide, down sharply since 2012, has been one of the issues adding to the supply problems today. Crescat is providing capital to the industry to help reverse this trend.

Since 2012, there has also been a declining trend of capital expenditures toward developing new mines. From a macro standpoint, gold prices are likely to be supported by this lack of past investment until these trends are dramatically reversed over the next several years. Credit availability for gold and silver mining companies completely dried up over the last decade. Companies were forced to buckle up and apply strict capital controls to financially survive during that period. Investors demanded significant reductions in debt and equity issuances while miners had to effectively tighten up operational costs, cut back investment, and prioritize the quality of their balance sheet assets.

Supply Inelasticity Meets Rising Demand was the catch call of the commodity-led bull market between the early 2000s and 2011. Once identified it represents the beginning of a new bull market.

It takes time to convince investors there is a new bull market. By the time that happens prices have been trending higher for years already. Then it takes time to find and build new mines. That can take anything up to five years. Over that time, the firmness of prices convinces more and more people that the trend of demand dominance is irreversible so miners come under a great deal of pressure to expand capital expenditure or to buy out other operations. That generally occurs around the same time that new mines come online and contributes to a triple waterfall decline. Supply increases, debt is unmanageable and prices declines destroy valuations. Such is the cyclicality of the mining sector. 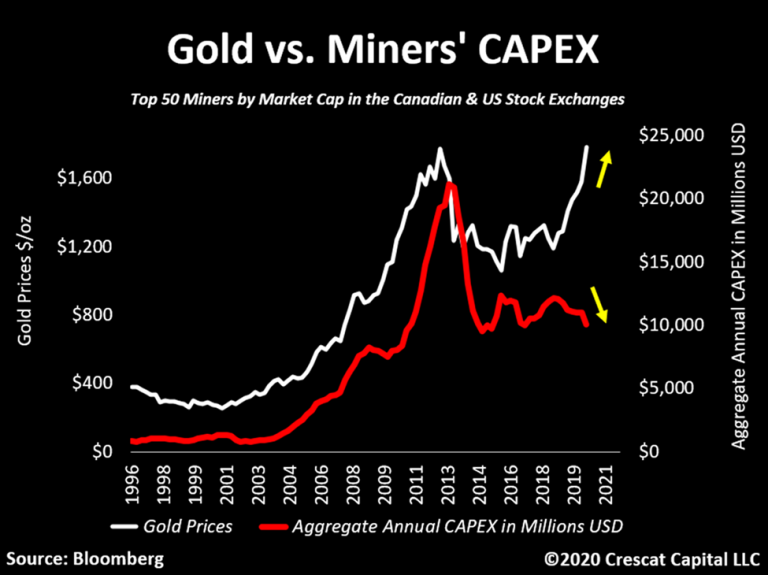 At present there are two big supply inelasticity meets rising demand markets. The first is gold and silver. The gold mining sector has been chastened by the bear market and near extinction of their businesses. They are extremely reticent to build and instead have adopted a shareholder friendly cashflow positive suite of business models. With demand for gold continuing to rise because of the reality of financial repression, there is likely to be a supply deficit for the foreseeable future. 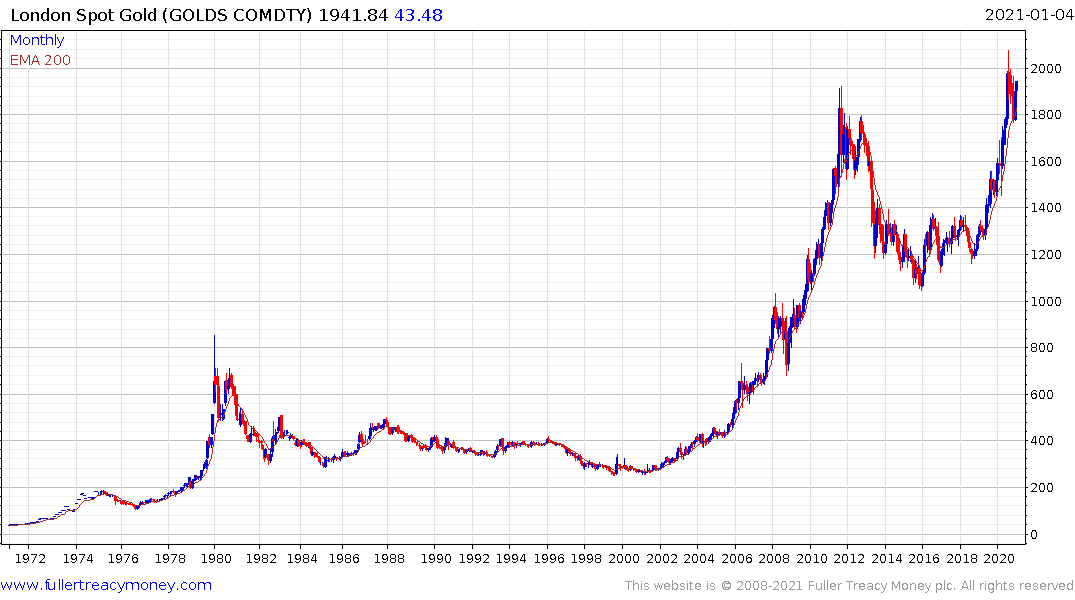 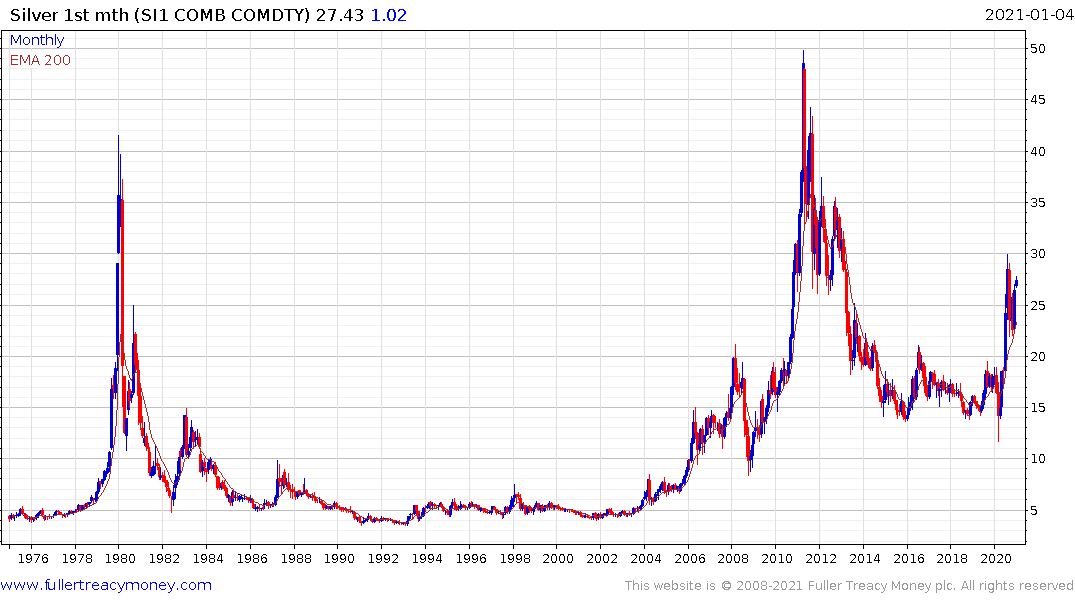 Arguably we are now in the acceptance stage for gold because silver has finally moved to outperformance. However, the mining investment cycle has not even begun to pick up. That suggests gold shares are primed to continue to do well. 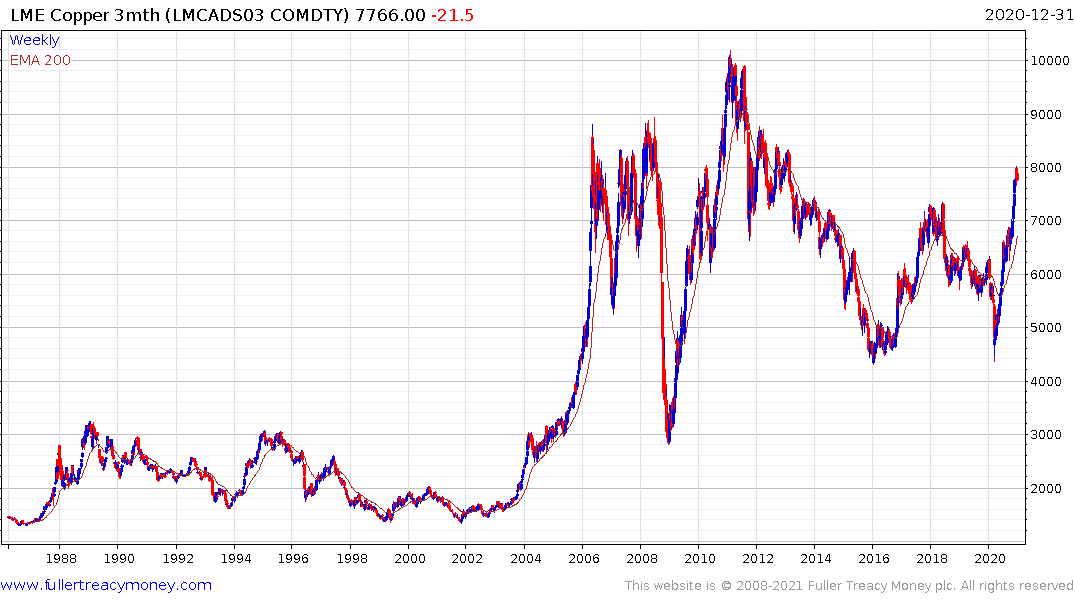 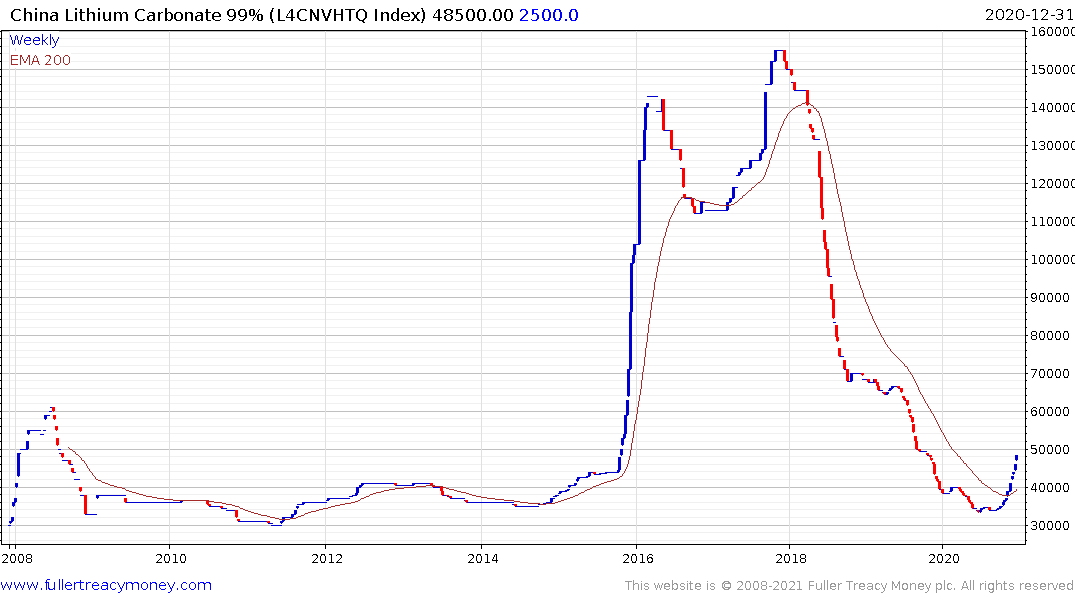 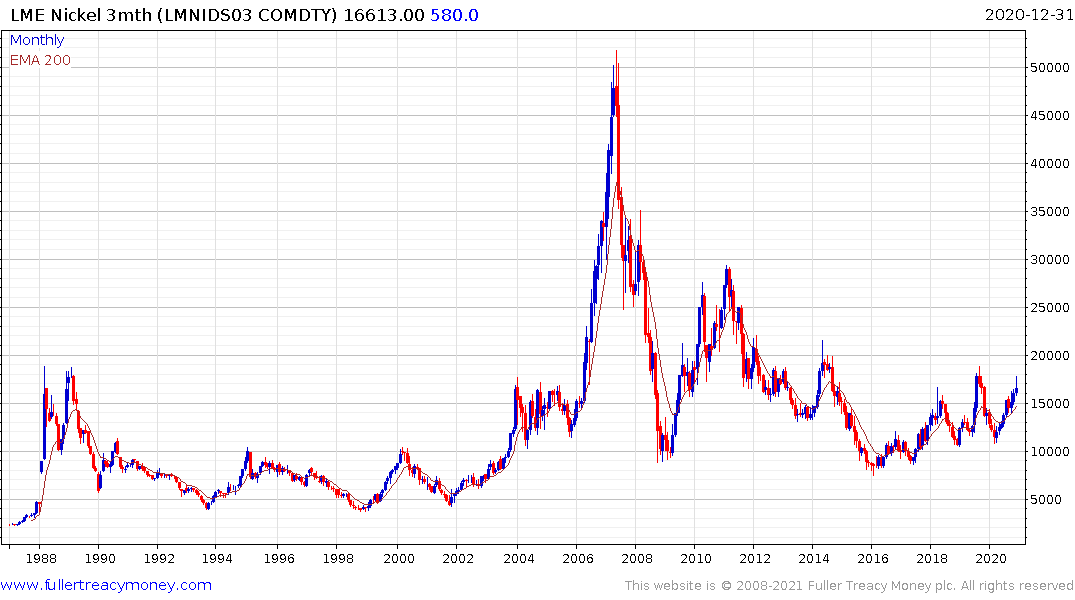 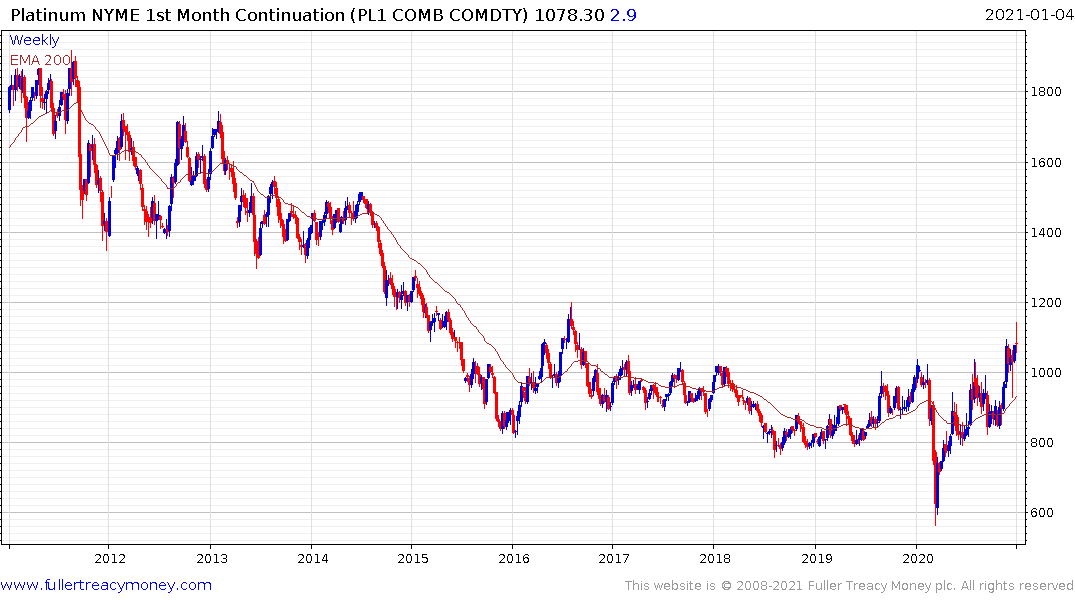 The second is in copper, lithium, nickel and platinum. All three are primary input materials for the evolving battery/hydrogen bull markets. The recovering global economy will boost conventional demand but there have been trillions earmarked globally for decarbonisation.

This effectively means switching reliance on oil to copper, lithium, nickel and platinum for transportation. It also threatens demand for coal will continue to switch to the same metals in electricity generation. The world appears to be only just waking up to what that means for industrial metal demand over the next decade. 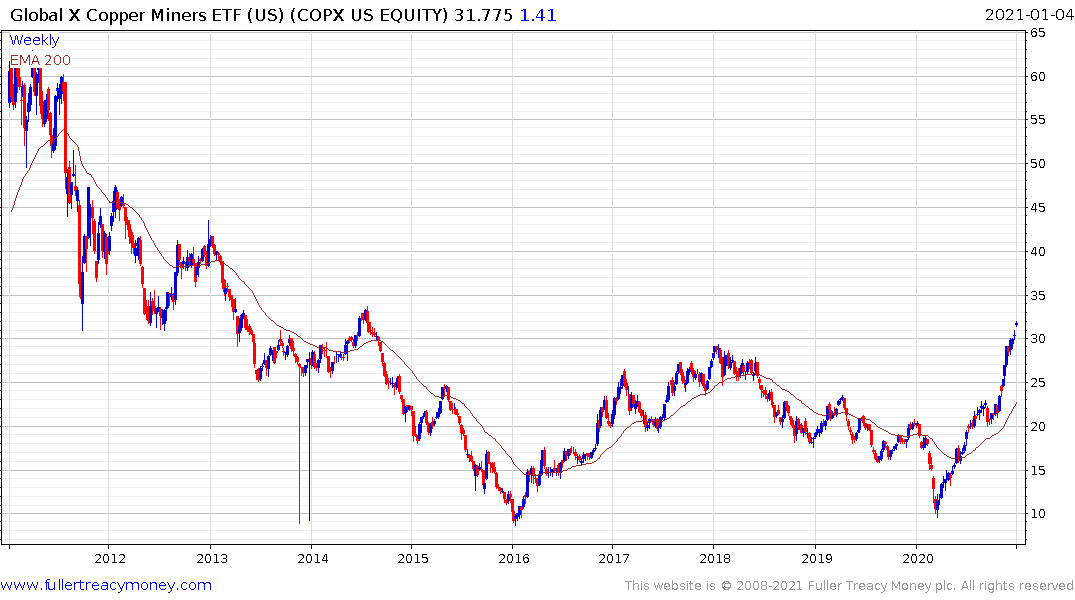 The Global X Copper Miners ETF has broken out to a new six-year high. While overbought in the short term, a sustained move below the trend mean would be required to question medium-term scope for continued upside.