Financials and energy were the two investment-grade sectors that added the most risk in the U.S., Markit CDX North American Indexes show. In high yield, energy, communications and health care fared the worst.

Chesapeake Energy Corp., the U.S. natural gas driller that’s been cutting jobs and investor payouts to conserve dwindling cash flows, lost more than half it stock market value Monday after a report that it hired a restructuring law firm.

The company’s bonds led losses among high-yield debt on Monday. Chesapeake’s notes due March 2016 tumbled to a record to 74.5 cents, from 95 cents last week, while its bonds maturing in 2017 fell to an all-time low at 34 cents.

“Broad oil weakness has now turned into distressed energy cases, which investors view as possibilities of higher risk of restructuring or debt exchanges," Ben Emons, a money manager at Leader Capital Corporation. “Nothing has been announced of that matter but markets move quicker ahead of such possibility happening."

Regardless of the answer, when someone asks whether a default is imminent one has to conclude that the situation is troubling. This is as true of Chesapeake today as it was of Greece, Portugal et al a few years ago. 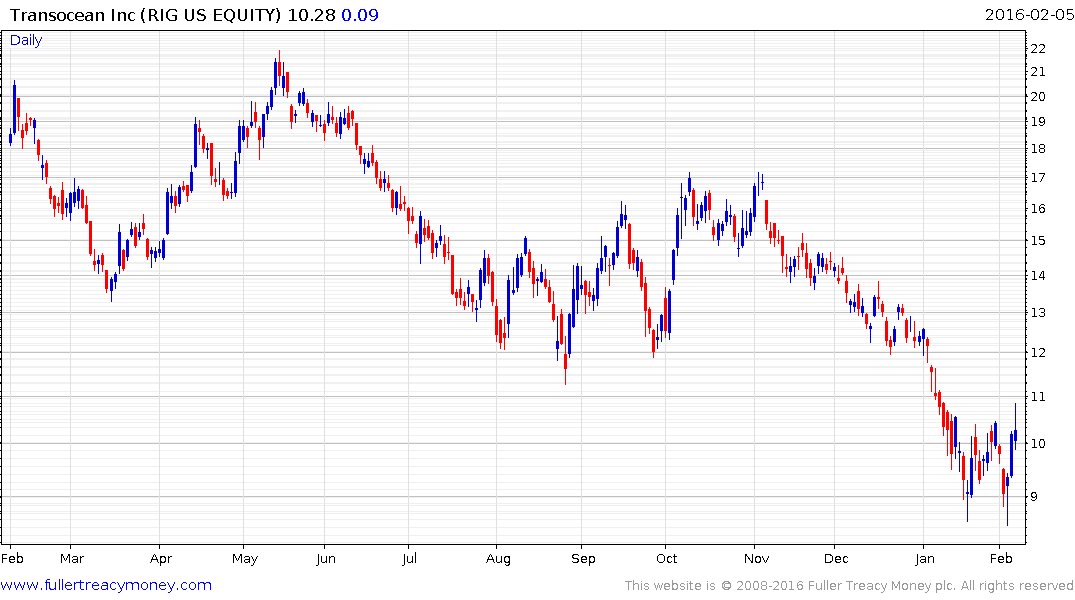 Transocean is also in a tight position but with a higher rating, BB versus CCC, it ‘only’ yields 20% for any maturity beyond 2017.

The problem for the investment grade sector is that no one knows what will need to be sold to cover mark to market losses in an increasing number of troubled energy bonds. The Markit CDX North America Investment Grade Index rallied early last year to break its medium-term downtrend and is now rallying back towards its 2011 peak. A break in the progression of higher reaction lows would be required to question potential for additional expansion. 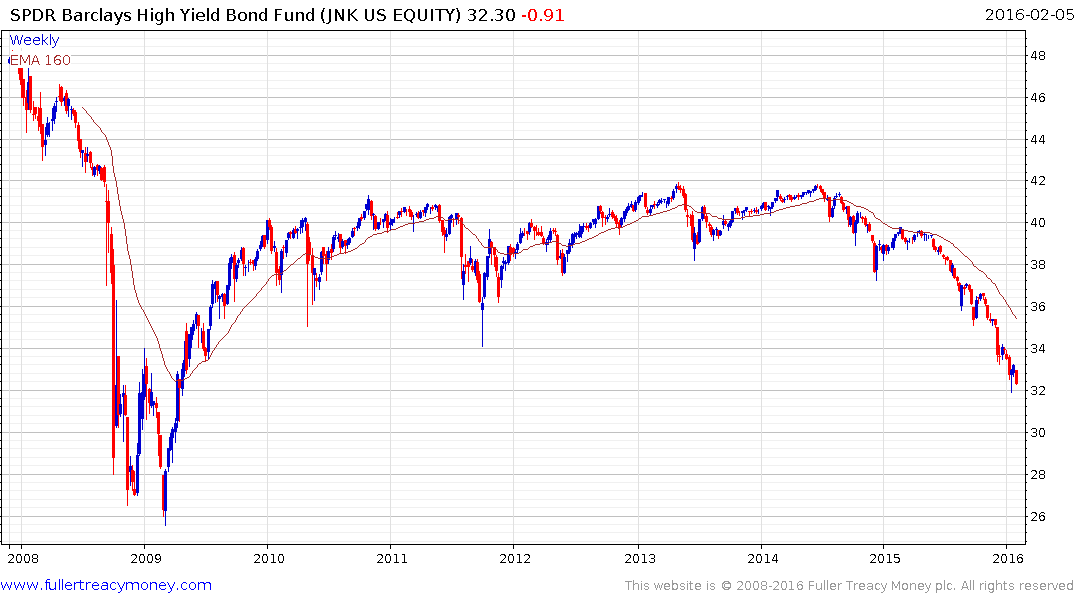 Against that background the SPDR Barclays High Yield ETF continues to trend lower and while oversold relative to the trend mean, a break in the progression of lower rally highs would be required to question supply dominance. 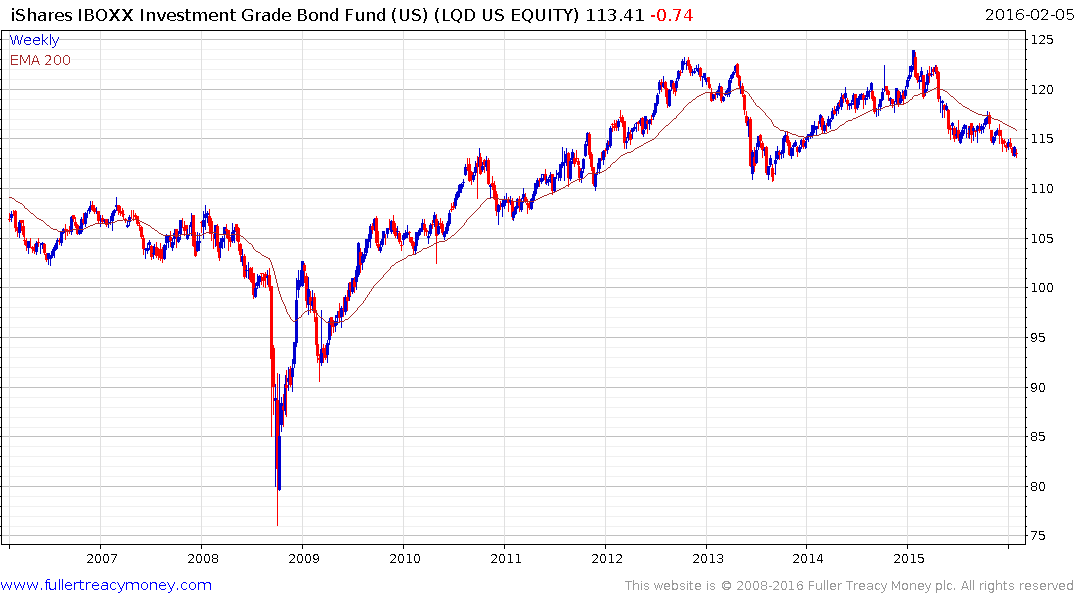 Investment grade CDS might be widening but the iShares iBoxx Investment Grade which is constituted by issuers like Apple and Goldman Sachs has been reasonably steady by comparison. However, it will need to push back above the trend mean to demonstrate a return to demand dominance beyond short term steadying.