Here is a link to the full report. Here is a section from it:

The short answer is that the worst of the correction is over in our view but we still think the next month is likely to remain volatile and uncertain as we navigate what is shaping up to be a much closer election than expected just a few weeks ago and risk of further lockdowns as the virus runs its course. A big part of our call was based the view that the equity risk premium should have a larger buffer built in given these very visible risks/events. Fast forward to today and that's exactly what's happened. More specifically, the Equity Risk Premium has widened byapproximately30 bps to 405 bps from the375 bps level when we made our call. With interest rates remaining steady rather than falling as they typically do when equity markets sell off, the P/E has compressed by approximately 10 percent. We suggested a50bps buffer to where ERP should trade based on realized vol would be appropriate going into the election (Exhibit 1). At the end of last week, the ERP buffer was approximately 40bps which is pretty close to our +50bps target and we're not going to pretend we have that kind of precision in such an endeavor. For the record, a further widening of 10 bps would take the S&P 500 down another 2 percent which happens to line up more closely with our technical support at the 200-day moving average, or 3130. The bottom line for us is that the correction we expected is now mostly finished and adding to equities on further weakness this week is recommended.

Manufacturing activity figures have rebounded impressively over the last month on a global basis. That’s reflective of the snapback in activity following the contraction in the 2nd quarter and will probably moderate over coming months. Nonetheless, it is supportive of the view that this will be have been a short sharp recession. 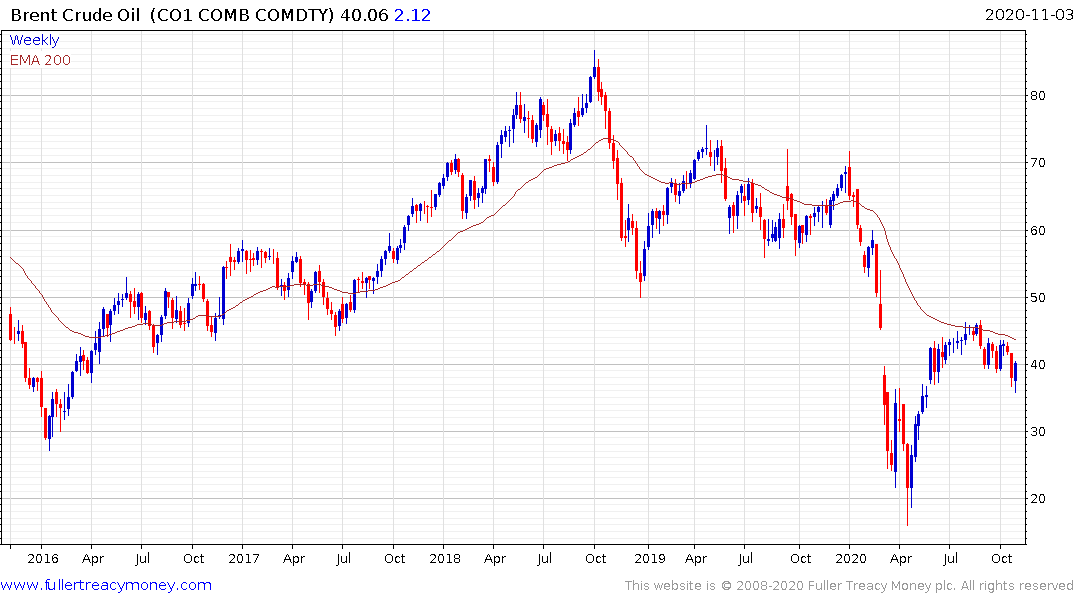 Crude oil prices followed through on the upside today to mark a low of at least near-term significance. That may be because of OPEC+ willingness to curtail supply growth but commodity strength will also be viewed as supportive of the recovery narrative. 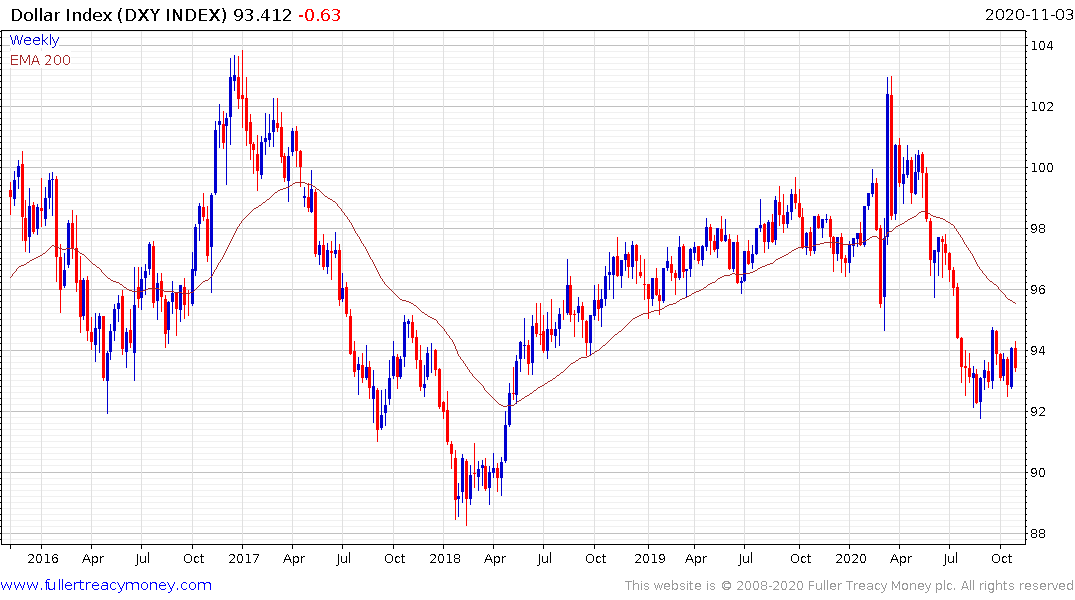 The Dollar also pulled back today as risk appetite recovered. That has resulted in most indices bouncing. 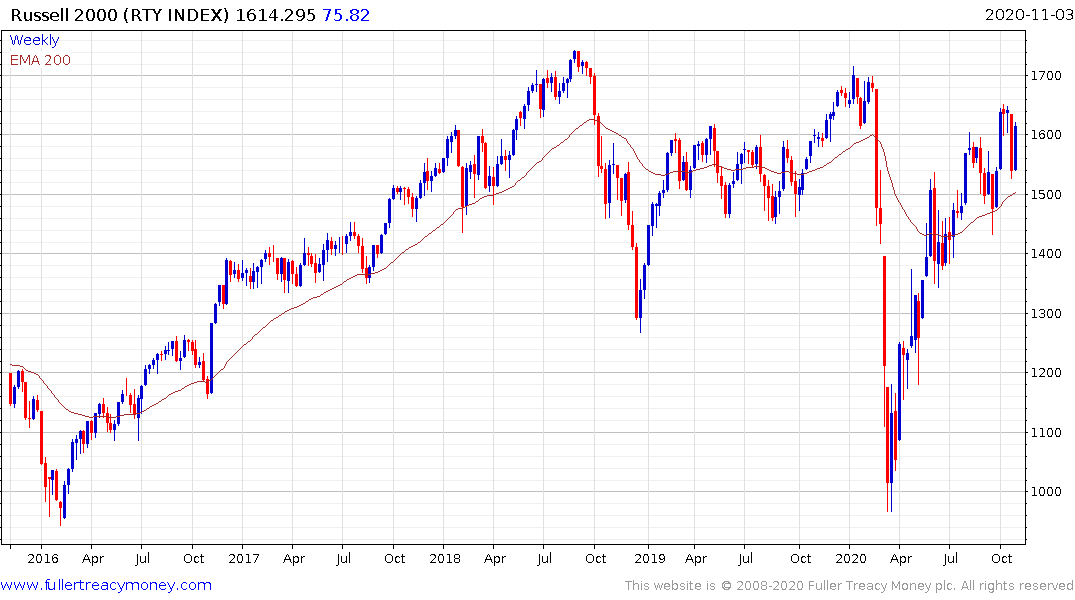 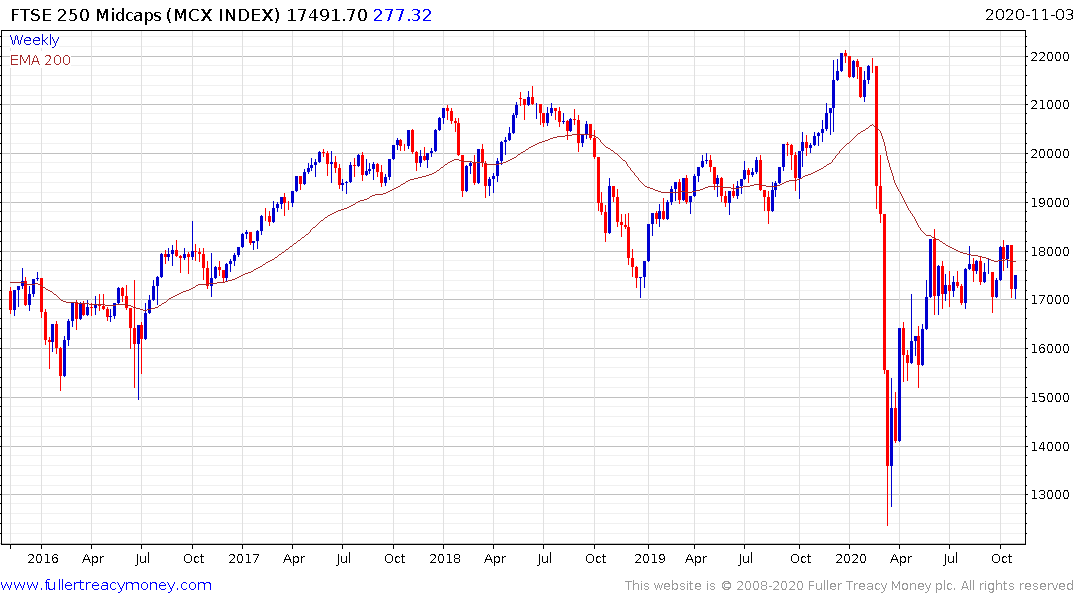 Small/mid-caps continue to exhibit relative strength. Both the Russell 2000 and FTSE-250 closed at the upper side of their daily trading ranges to confirm at least near-term support. 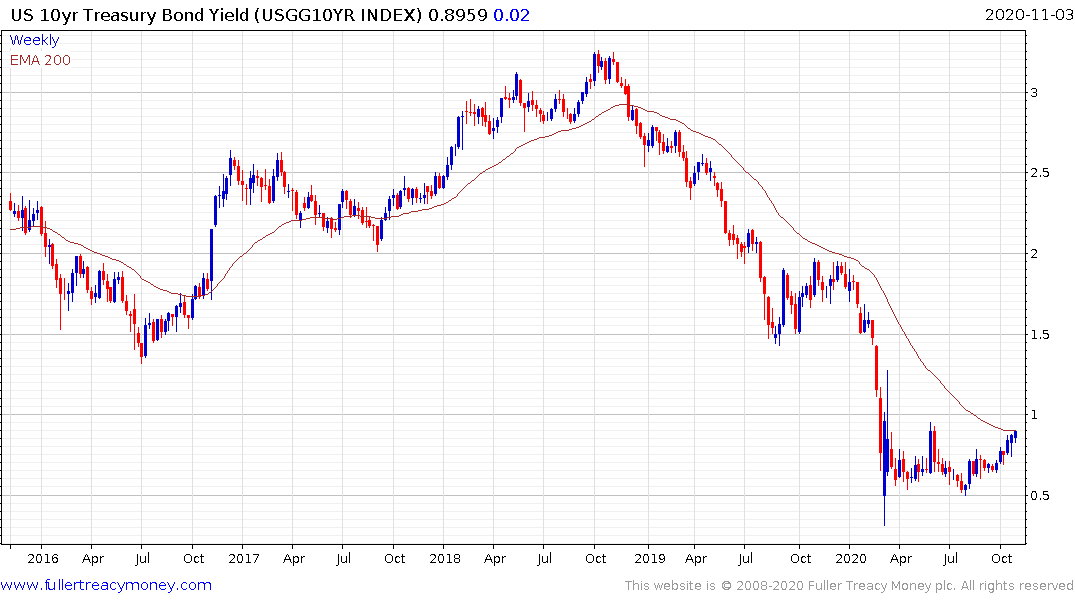 Lockdowns and threat of lockdowns will require a monetary and fiscal support structure. The upward pressure on Treasury yields is creating urgency for a solution because the US government in particular is not in a positive to embark of fiscal austerity to pay down the deficits. That expectation of additional stimulus is the primary rationale for dip buying at present.