“We’re at a point where a lot of the cyclical tailwinds, if they haven’t blown themselves out, are past their peak,” Colin Hamilton, managing director for commodities research at BMO Capital Markets, said by phone. “That fear that things are just going to go higher and higher and higher -- that’s come out of the market now.”

Copper has been one of the standout performers in a year-long rally seen across commodities markets as a surge in demand coincided with bottlenecks that have wreaked havoc on global supply chains. The key questions for investors across asset classes are whether the rally would prove transitory, and whether the inflationary impact on consumers would prove short-lived.

China wants lower commodity prices because of the upward trend of prices at the factory gate. They have a lot more ability to manipulate copper prices because they have such large stockpiles. That's not quite the same for metallurgical coal or iron ore. 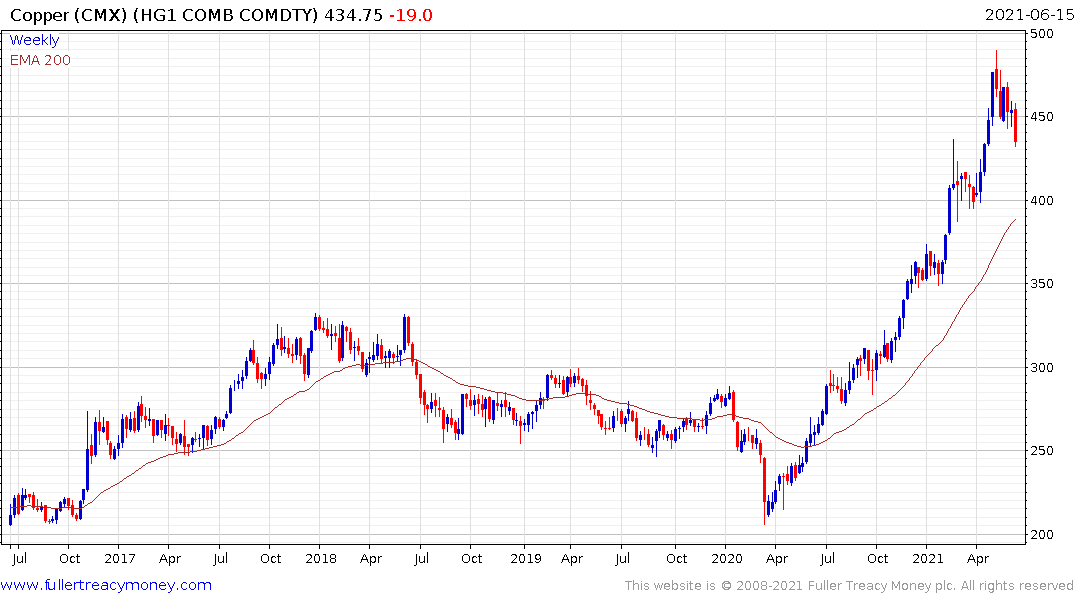 Copper’s one-year trend had been consistent until today. This is now a larger reaction and suggests a peak of at least near-term significance. Medium-term, there is scope for a reversion back towards the trend mean and multi-month consolidation in the region of the all-time high.

Longer-term, the big demand bounce is from the renewable energy sector. Considering the global trend of higher regulations and higher taxes on carbon emitters, the trend of investment in copper is a promising secular trend so it will be a buy on the dip. 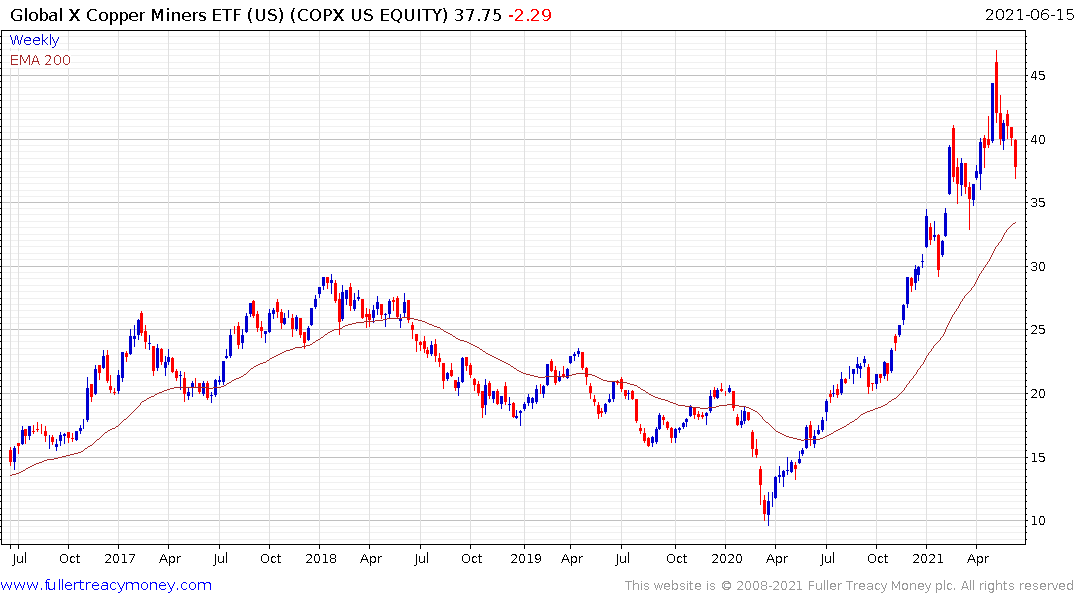 The copper miners ETF is also now reverting towards the mean. 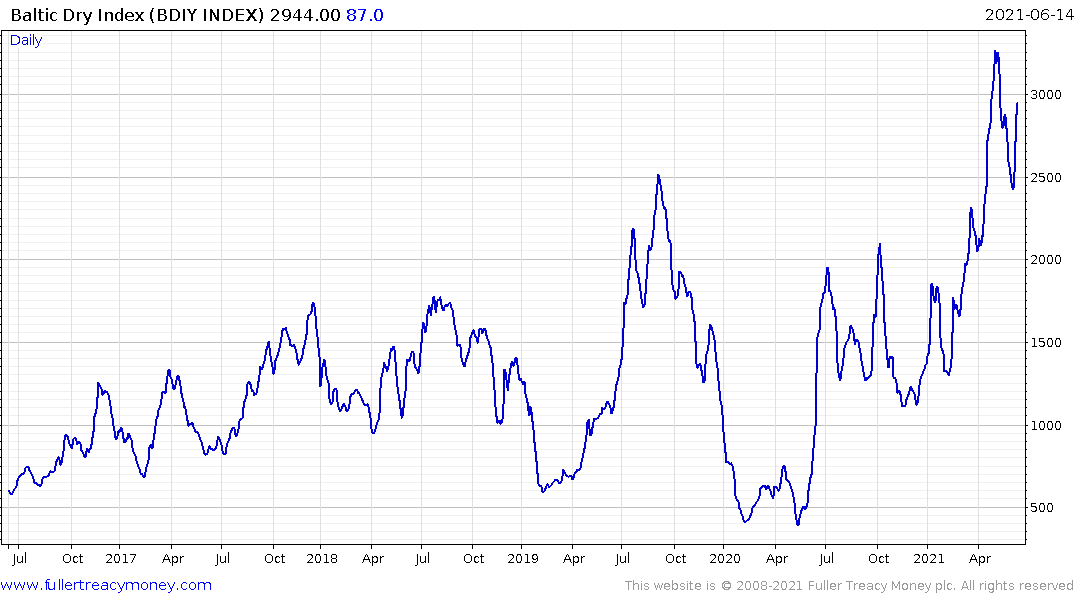 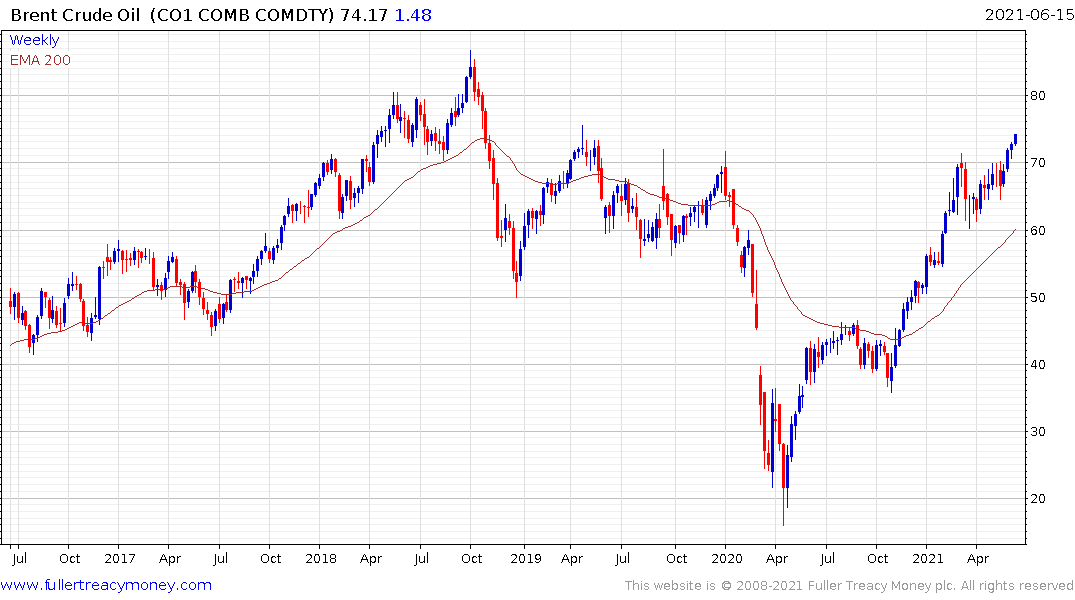 Meanwhile the Baltic Dry Index continues to rebound as the economy recovery remains on track and as the full ramifications of IMO2020 become apparent. The shipping sector remains on a recovery trajectory. That remains a tailwind for the commodity sector and oil’s continued strength is also supportive.