“This is a necessary print for the Fed, but it’s not sufficient,” Pond said. “We need to see a lot more. You can think about this print as sort of like the weather -- it’s better today than it has been over the past few days. But it’s still summer. There’s still a lot of humidity out there. It’s not great. So it’s in the right direction. But we’re certainly not there yet.”

For Diane Swonk, the chief economist at KPMG LLP, the Fed is now hedging against risk of future supply shocks as well as combating current inflation and will likely favor a 75 basis-point increase.

“The Fed is no longer willing to rest on their laurels on a one-month move,” she said. “The greater risk for the Fed is to stop too soon than stop too late. It will take a lot more cooling than this for the Fed to shift its decision rule, although in this economy, September seems an eternity away.”

The big question for investors is whether the Federal Reserve will focus on core or non-core items in how much they decide to raise rates in September. Commodity price inflation is less urgent today than earlier this year. Lumber prices have made a full round trip. Wheat has fully unwound the Ukraine invasion surge. Palm Oil is steadying in the region of the 2008, but the price has almost halved from the peak level. 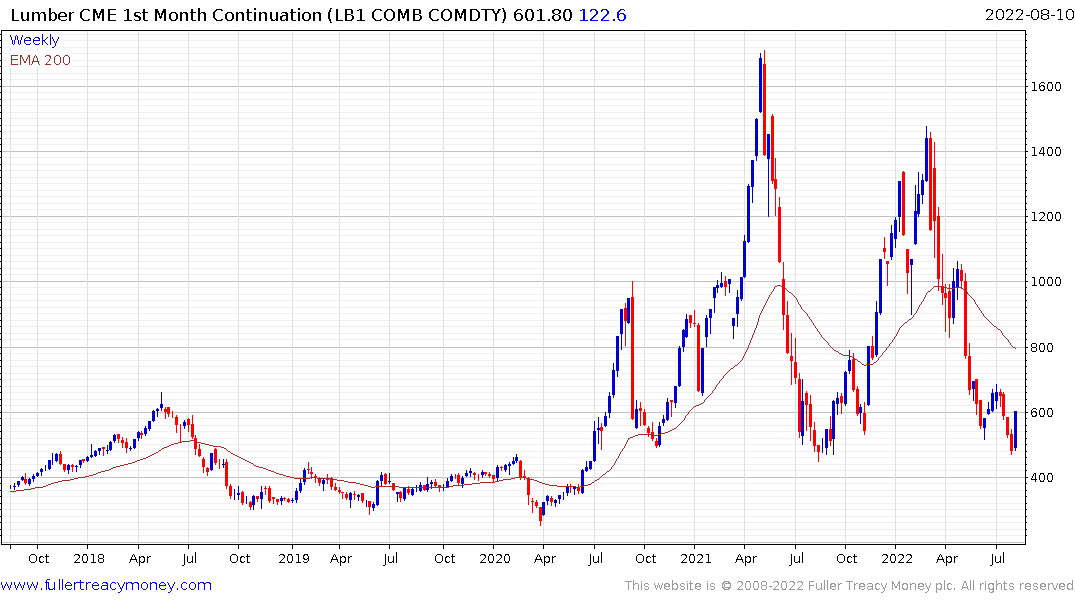 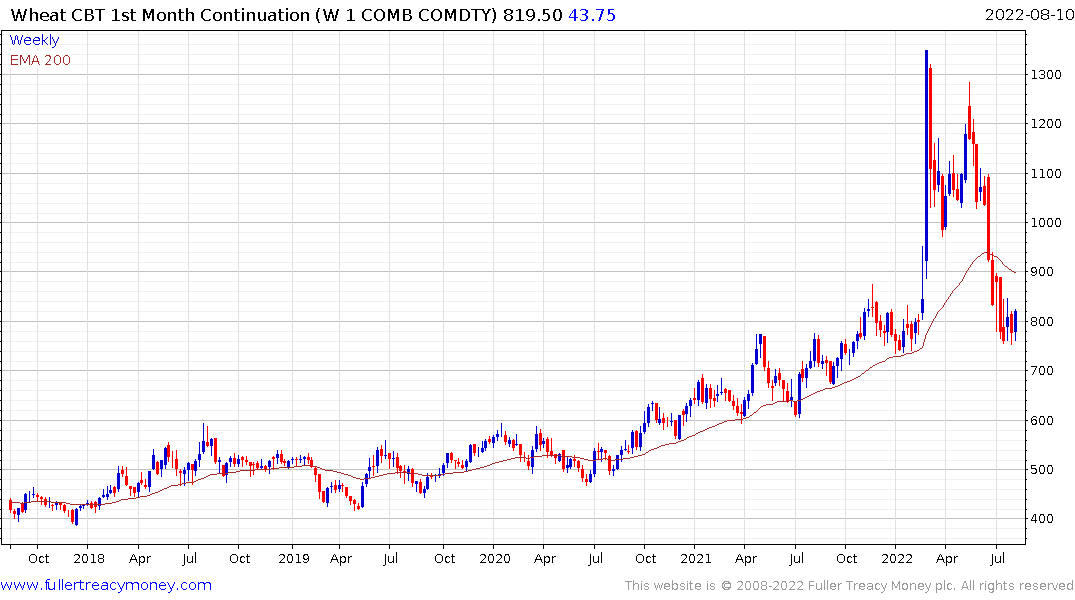 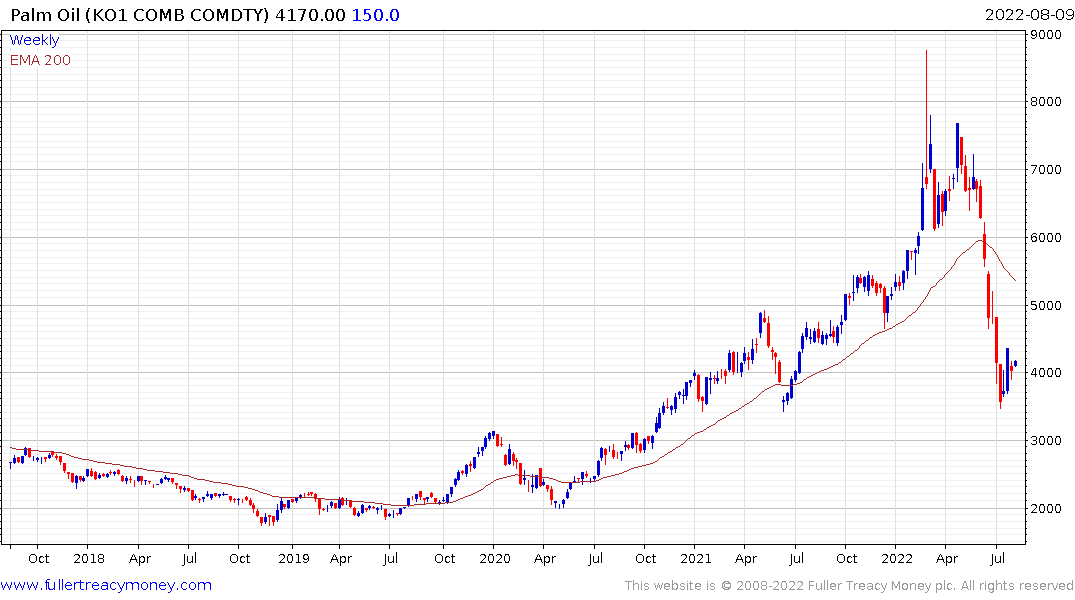 Perhaps most importantly, West Texas Intermediate is 30% below the March peak and retains a downward bias. That weakness has been driven by Russia’s success in sustaining oil production despite sanctions. However, any potential for easier monetary would support demand and therefore prices. 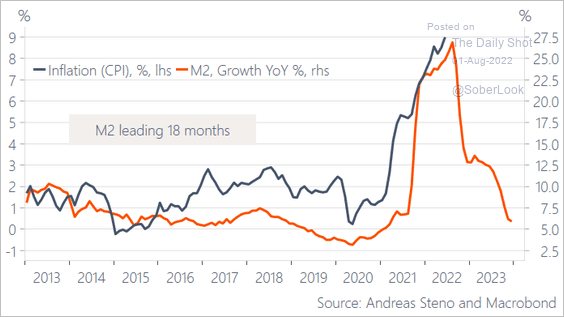 There is generally an 18-month lag between money supply growth peaking and when it shows up in CPI so the peak in CPI is right on time.

The big question is about core items, which is what the Fed tends to focus on most of the time. Wage growth continues to be driven by the fact more people are working today than before the pandemic, there are large numbers of open positions and a dearth of qualified applicants. Wages have been growing at below the rate of inflation so some easing of CPI pressure is unlikely to dent demands in the short term.

Used car prices have peaked but remain close to historic highs and rent continues to rise even as property prices ease. That suggests the peak in core inflation will probably lag the more volatile portions of the measure. 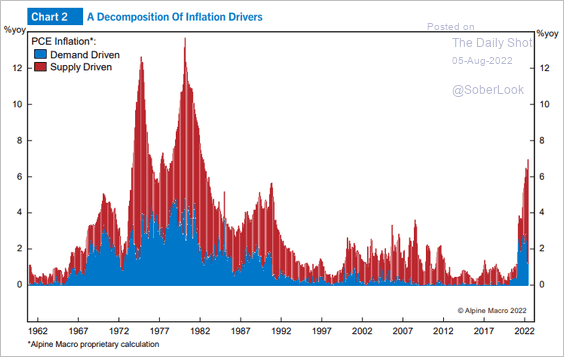 This graphic illustrating the supply versus demand contributors to inflation highlights the similarities with the 1970s.

The arbiter of whether we end up with a long-term inflation problem will be in how committed central banks are to stamping it out now. That will require unemployment to rise, to kill off demand and it is not readily apparent the Fed has the stomach for it.

I have been highlighting the potential for a deflationary shock to arrive over the coming months as money supply growth and slimming down of the Fed’s balance sheet siphon liquidity out of the market. In the meantime, stocks continue to rebound. 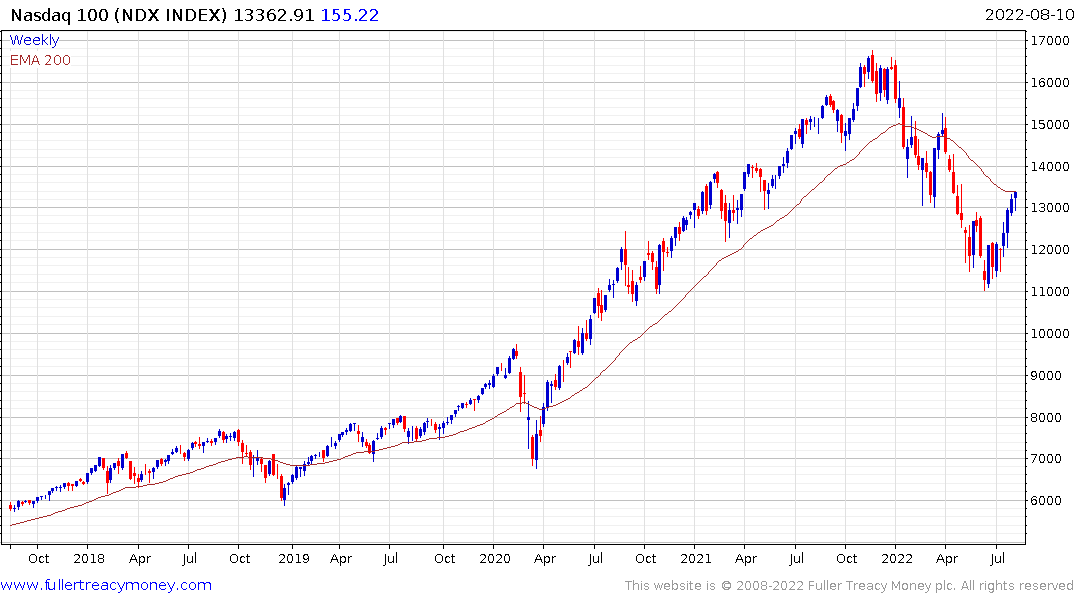 The Nasdaq-100 has pushed back up into the overhead trading range and is testing the region of the 200-day MA but will need to sustain a move above it to confirm a return to demand dominance beyond short-term steadying. 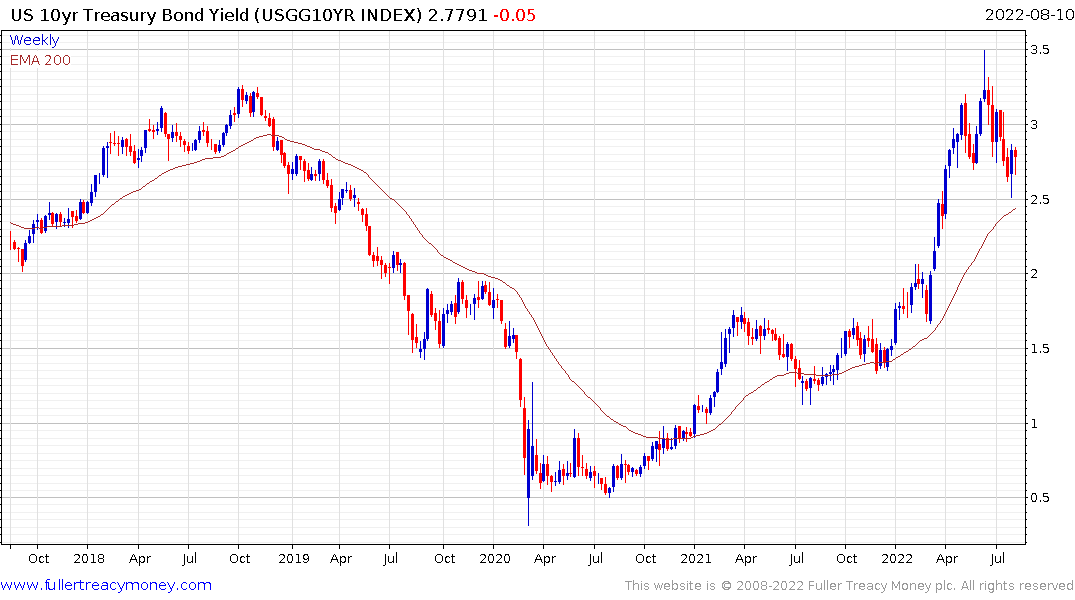 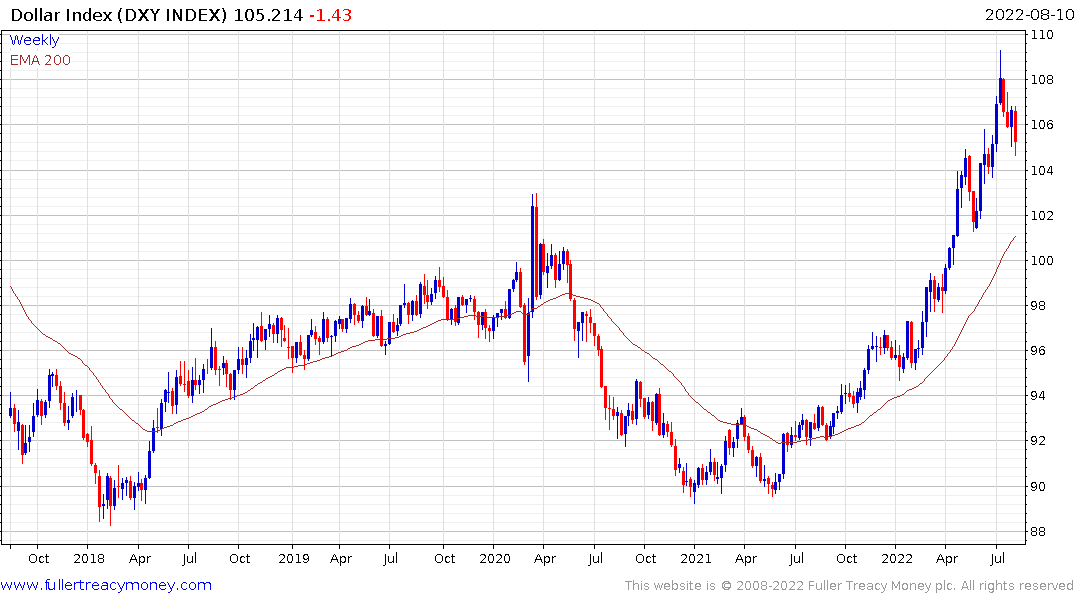 The Dollar Index also initially pulled back rather sharply but the 105 level continues to hold.

This article from the Kansas City Fed may also be of interest.

Lower productivity is a cautionary note for the Fed in whether to relieve pressure on monetary policy.

This article from the CATO Institute on core inflation may also be of interest.