When asked if Conoco also looked into buying Noble, Lance said “we did look,” but he was worried that Noble’s Israel assets might have been the source of political tension, since Conoco operates in other areas of the Middle East.

“The gem is certainly the Middle Eastern gas position,” he said. “With some of the other things we’re doing in the Middle East, that creates maybe a little bit of an issue and problem for us politically.”

Bankruptcies in the oil patch are likely to continue to trend higher because so many projects have break-evens in the $60 area. That is creating buying opportunities for the majors and the chance to rationalise the onshore domestic US production landscape. That will be necessary in order to survive because global demand will take time to recover from the virus hiatus. 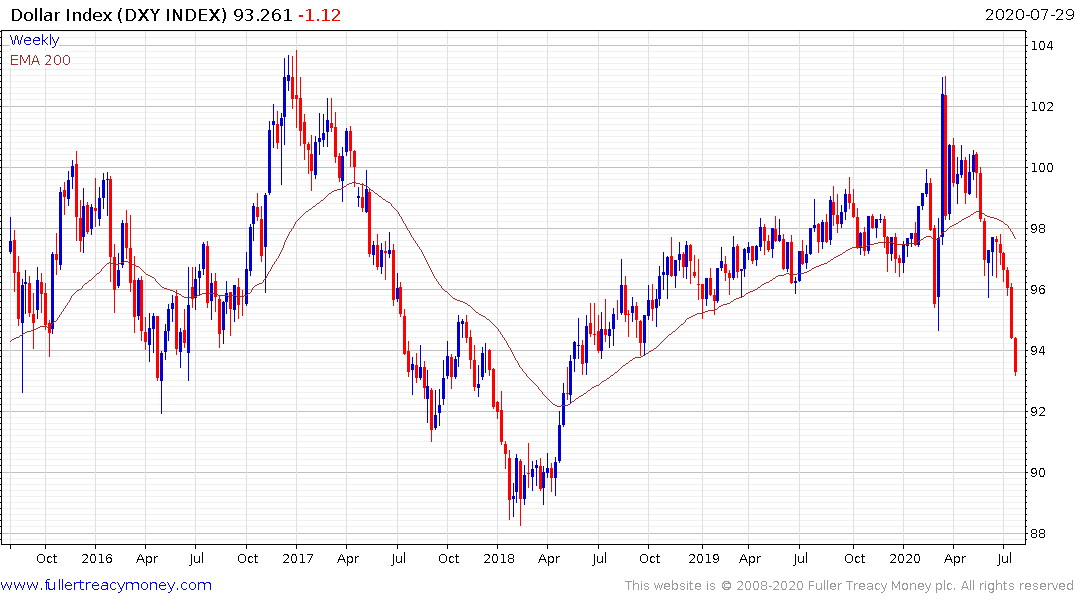 The clear breakdown of the US Dollar represents a tailwind for commodity markets generally. Crude oil recouped its intraday decline today as the Dollar extended its decline. It has so far held the break back above the $40 and the recovery remains on track. Copper also firmed from its intraday lows today. 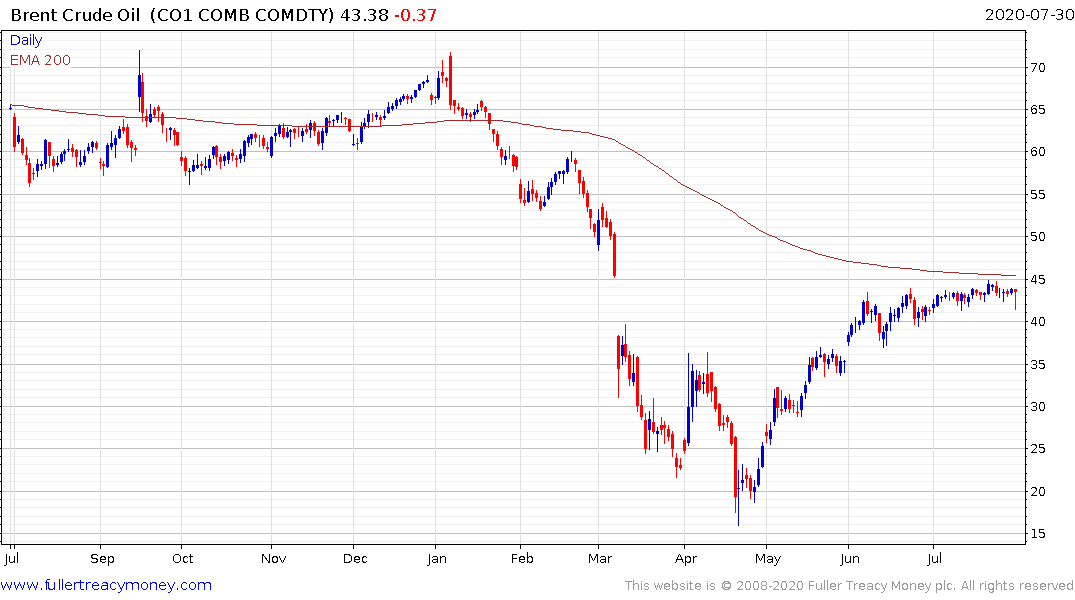 Total SA wrote off $8 billion in higher cost tar sands assets today and there are further write offs to come from the wider sector. 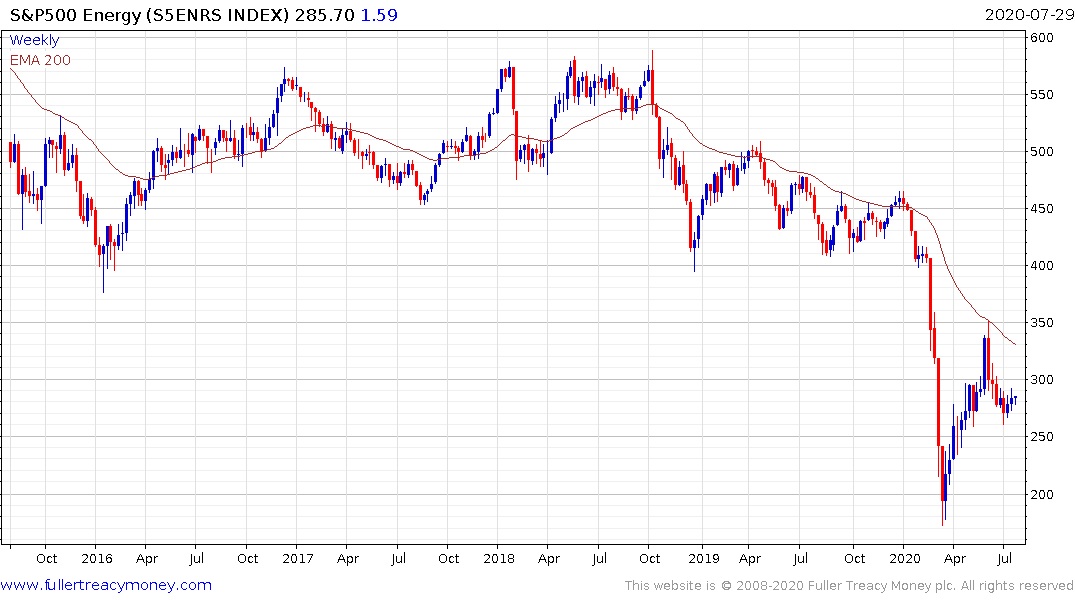 The S&P500 Energy Index continues to pull back from the region of the trend mean. It will need to sustain a move above 300 to signal a return to demand dominance.