The U.S. companies believe they have a lot more staying power than many of Saudi Arabia’s partners in the Organization of Petroleum Exporting Countries, or OPEC. Several producers plan on increasing production.

“Saudi Arabia is really taking a big gamble here,” Archie Dunham, chairman of shale producer Chesapeake Energy Corp., said during a telephone interview. “If they take the price down to $60 or $70 a barrel, you will see a slowdown in the U.S. But you’re not going to see it stop. The consequences for other OPEC countries are far more dire.”

Hydraulic fracturing and horizontal drilling techniques coupled with advanced geophysics make exploiting shale oil and gas possible but it is not a low cost production method. Despite oil price weakness, the benefits to the US economy of energy independence suggest the question is more of at what price the balance between profit and loss exists rather than whether these resources are going to be developed.

A number of companies have spent a great deal of money in securing acreage, leaving them at risk as oil prices decline. This would suggest that larger, better capitalised companies have an advantage in a weak price environment. 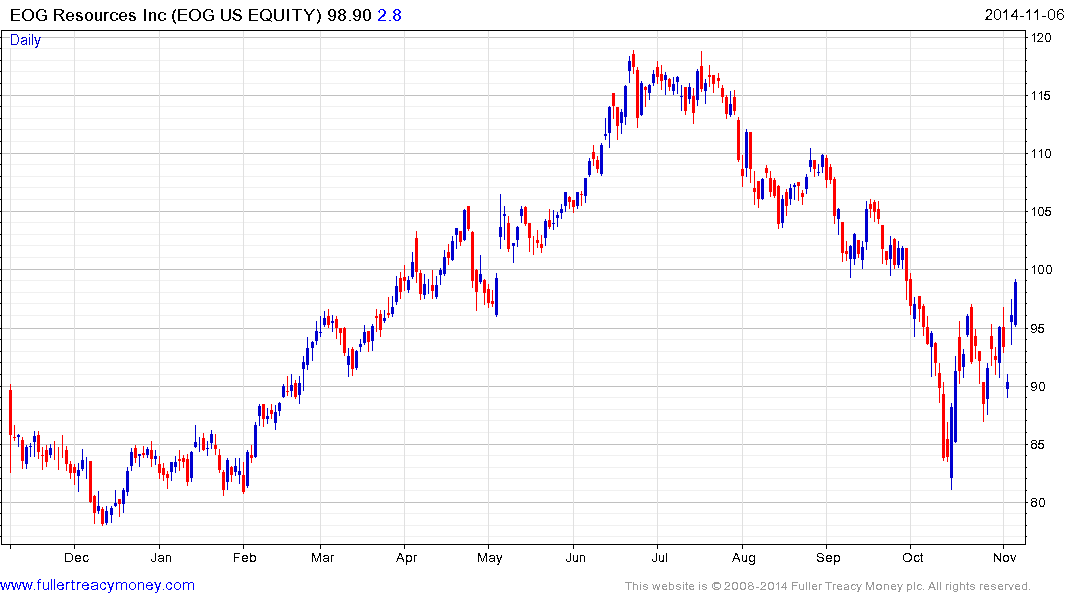 EOG Resources dropped by a third between June and October but has held a progression of higher reaction lows since as it closes the overextension relative to the trend mean. 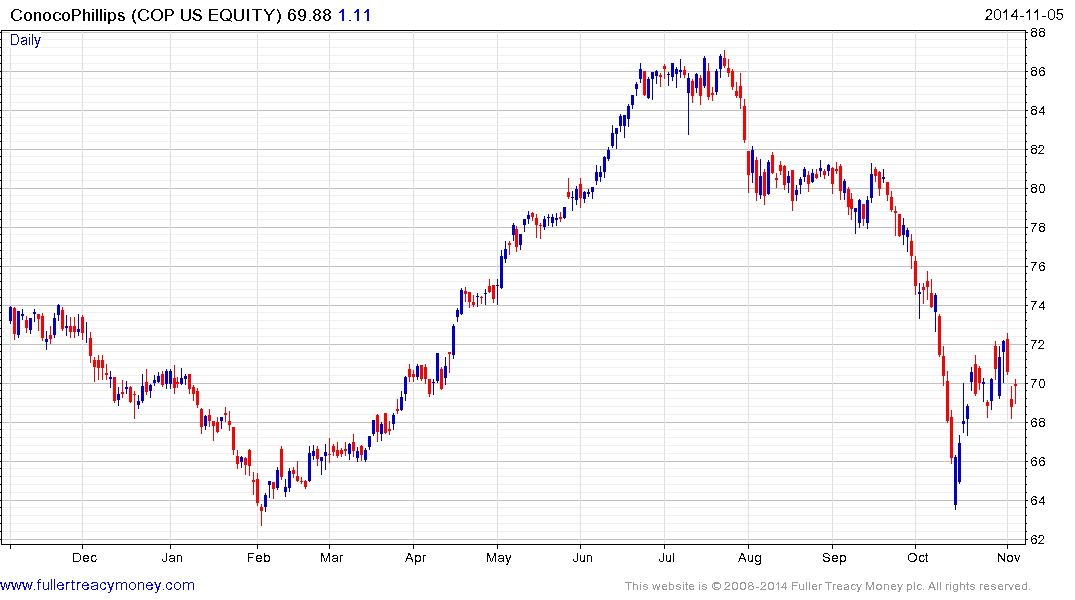 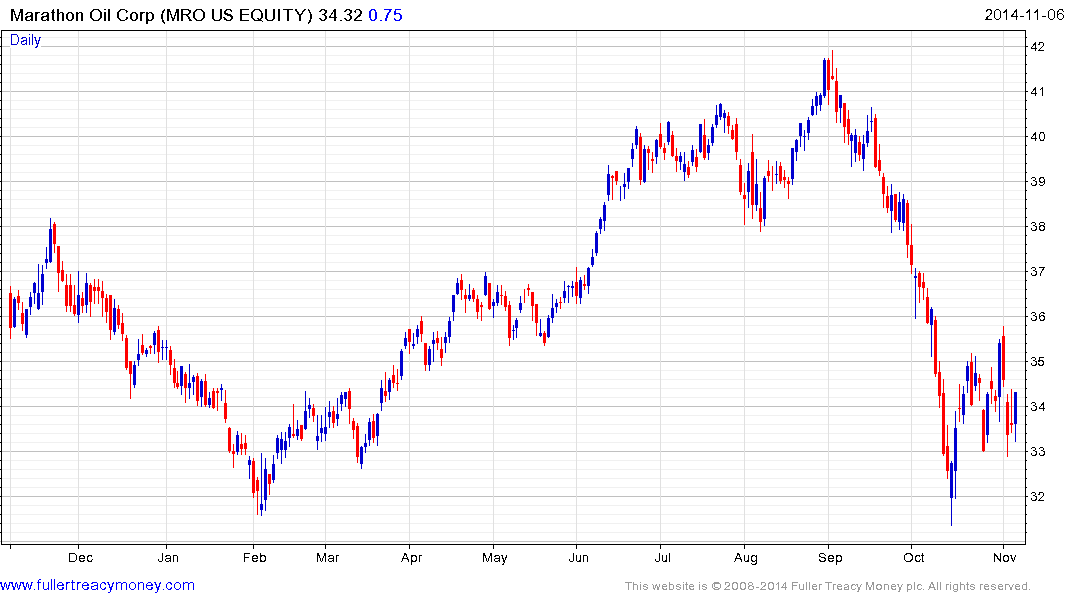 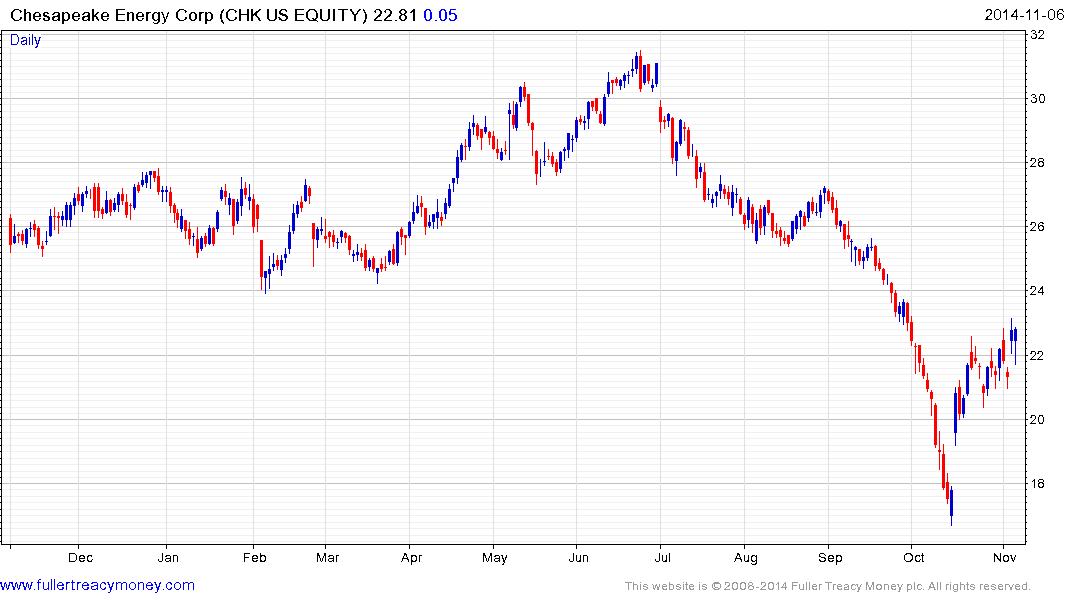 Chesapeake Energy retested its 2012 lows in October and continues to bounce. It will need to the hold the low near $16 on the next pullback to demonstrate a return to demand dominance beyond the short term.