The cocoa price has soared by 33% in New York and by 28% in London since the beginning of the year. Thus cocoa has achieved the best price performance of all the commodities we track this year – with the exception of carbon. The Coffee and Cocoa Council (CCC) of Ivory Coast, the world’s largest cocoa producer, apparently wishes to curtail its cocoa production. The first step is to count the plantations. Depending on the result, the distribution of higher-quality seeds and plants for the 2018/19 season is then to be temporarily suspended. The aim is to combat the overproduction that saw cocoa prices forced to multi-year lows at the end of last year. According to the International Cocoa Organization, global supply exceeded demand by 300,000 tons in the 2016/17 crop year. The surplus is set to decline to a good 100,000 tons in the current crop year 2017/18. Deficits are needed to reduce the cumulative surplus, as was the case on the oil market a good year ago. OPEC brought this about by cutting production, and Ivory Coast appears to want to follow a similar strategy for cocoa. If the CCC has its way, Ivorian cocoa production will be lowered from 2 million tons now to 1.7-1.8 million tons within two years. Ivory Coast has a good 40% share of the cocoa market, which is even somewhat higher than OPEC’s share of the oil market. 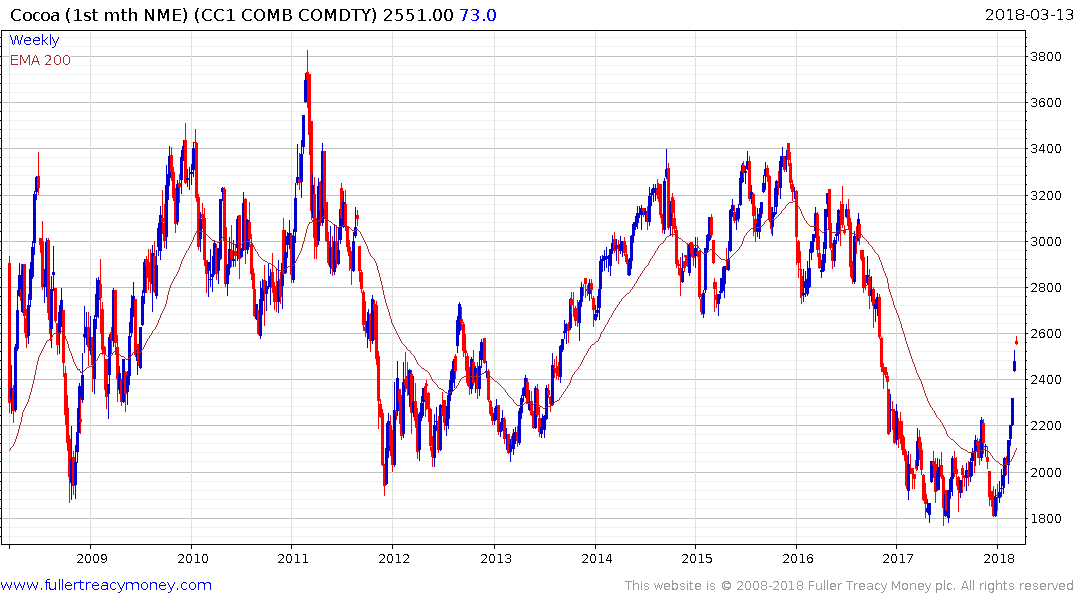 I was trading cocoa back in August for rather modest profits because I was hoping it would complete its base formation. I grew impatient with the ranging, and probably would not have held in any case during the steep decline posted in December, but there was certainly a case for buying it back at the January lows. The price has now surged higher to emphatically complete its base formation and while increasingly overbought in the short term, a clear downward dynamic would be required to check momentum. 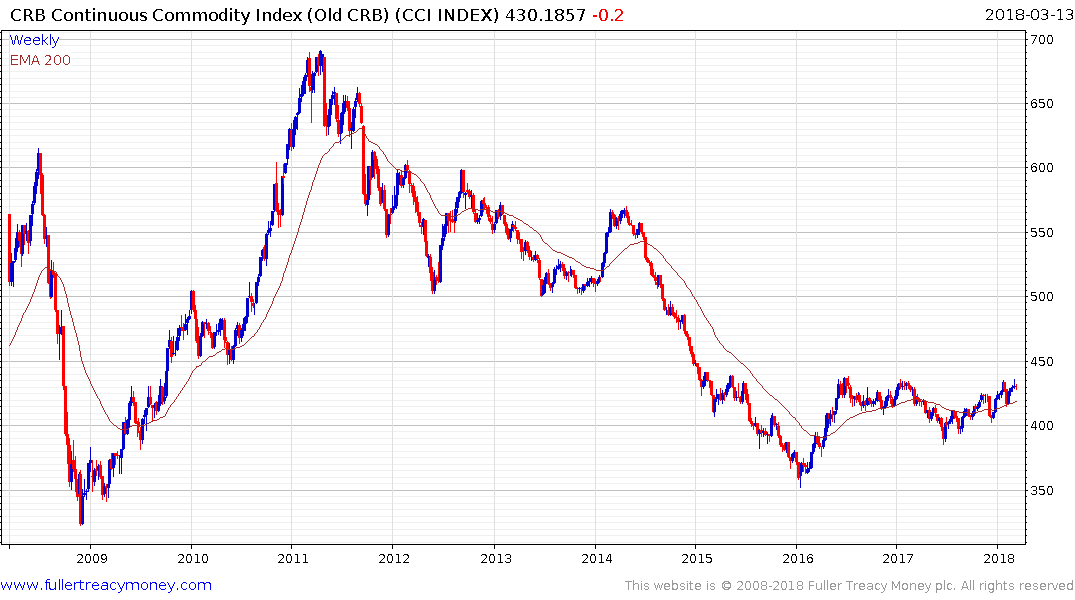 The unweighted Continuous Commodity Index has paused in the region of the upper side of a two-year range but a break in the progression of higher reaction lows, evident since June, would be required to question medium-term scope for additional upside. 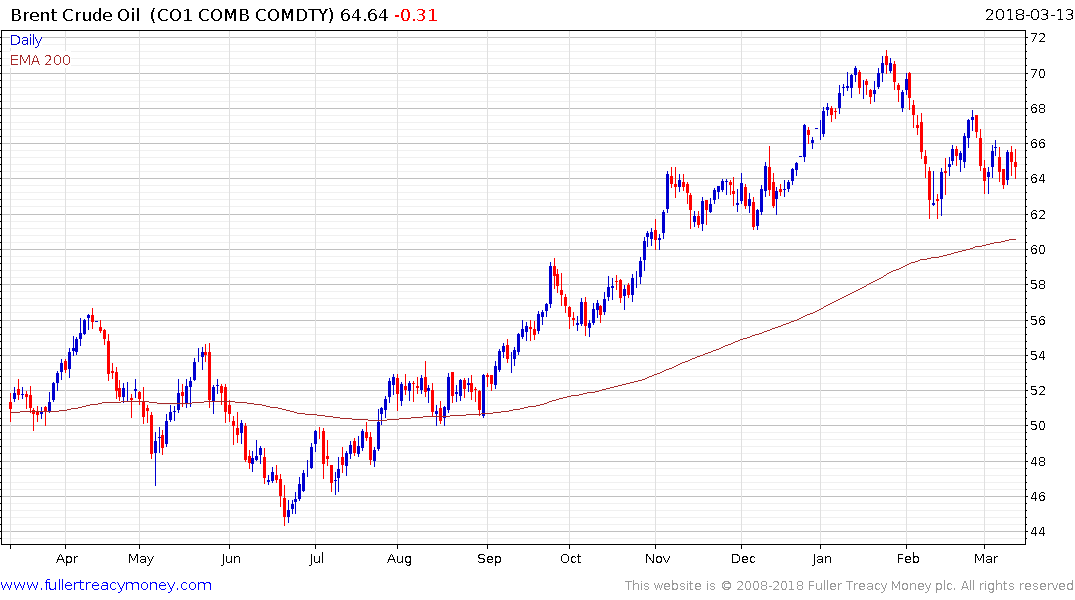 Oil prices have represented a moderating influence on inflationary pressures since the price paused near $70 but the continued strength of the industrial metals complex coupled with a renewed sense of optimism in agriculture and soft commodities could be the catalyst to both drive the completion of this CCI’s range and higher inflationary expectations.