Commodities giant Glencore Plc hit the highest in almost a decade, driven by rallies in everything from metals to coal and optimism for a years-long supercycle.

The world’s biggest commodity trader surpassed its 2018 intraday peak on Tuesday, valuing the Swiss company at about $74 billion. Like its mining rivals, Glencore has benefited from massive global stimulus measures that have stoked demand for raw materials, and has also been a big winner from an energy crunch that sent coal prices to a record high.

A Bloomberg gauge of spot commodities has doubled since early in the pandemic -- reaching an all-time high in October -- as government measures to bolster economies underpinned demand while supply curbs further tightened metals markets. At the same time, a green revolution is boosting long-term prospects for metals including cobalt and nickel for products like batteries.

Glencore is expected to deliver record profits and a bumper dividend when it reports earnings in February. And as the boom draws more investors into commodities, many analysts forecast prices to remain high. Goldman Sachs Group Inc. said that a commodities supercycle has the potential to last for a decade.

The London Metals Index is testing the 2007 and 2011 highs. Those were bumper years for mining profits so this year is likely to be no different. The challenge for investors is those peaks also represented major climaxes ahead of a rapid tightening of monetary conditions and slowing global growth. The question is whether this time is different? 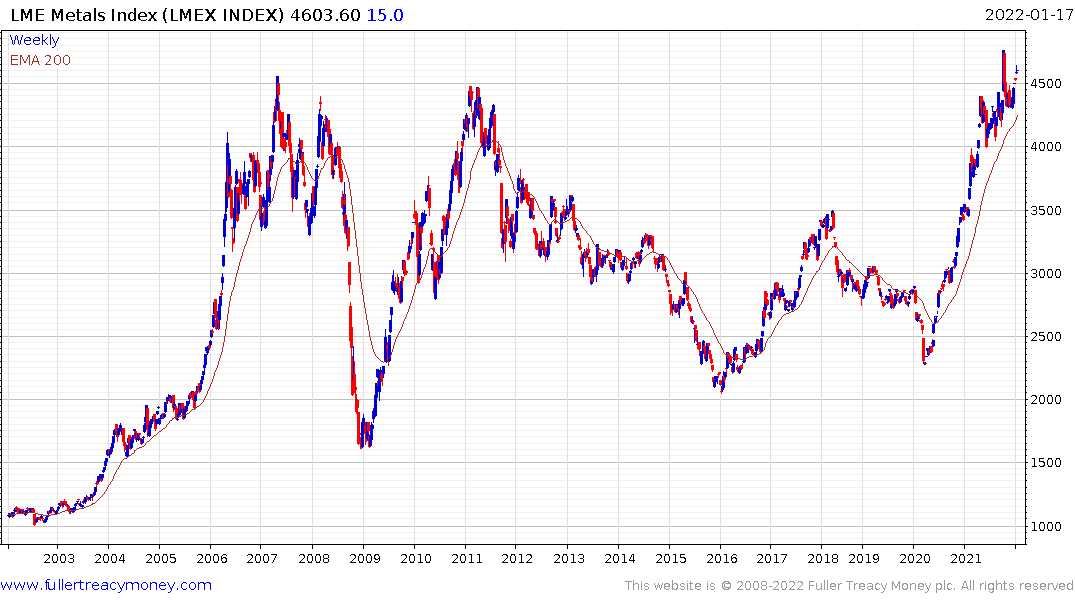 The energy transition has the backing of the EU. That’s not in question. Japan is also likely to adopt carbon pricing. Hundreds of its companies already account for carbon because they need to comply with global standards. China has adopted a carbon pricing mechanism albeit it at levels that are at a fraction of global norms. It looks likely that the USA will adopt a national pricing program rather than the individual states approach currently in place. Carbon protectionism is likely to take care of the rest of the world because poorer countries will be forced to comply if they wish to trade with developed countries. 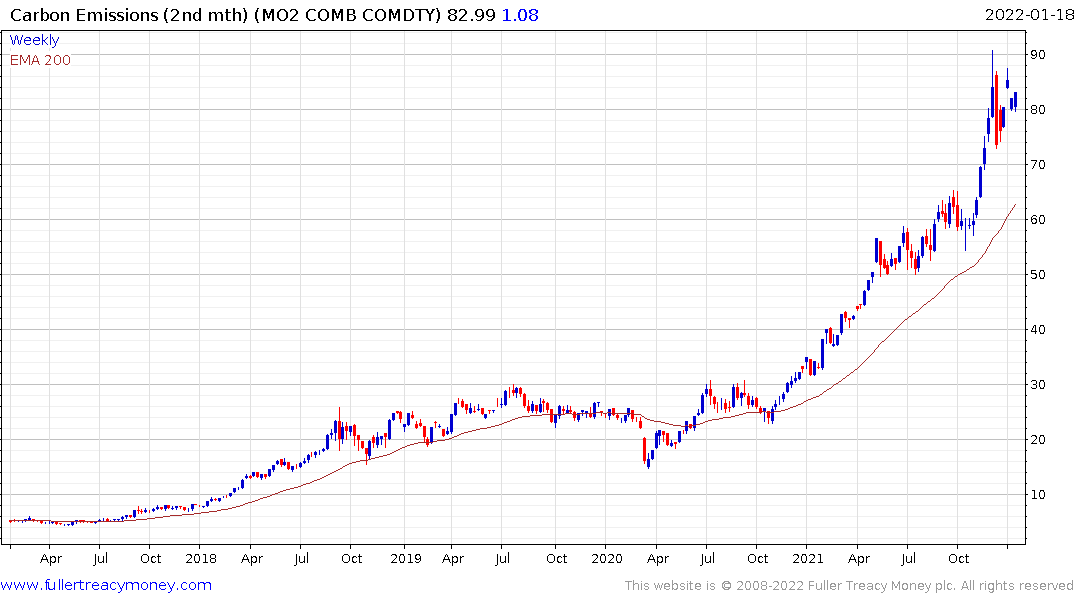 Strong carbon prices act as an inhibiting factor to expanding mining and oil production. That’s particularly true if importers insist on carbon emissions being accounted for in the production process. That is contributing to supply inelasticity, which is particularly true of the oil patch.

It remains likely that the broad resources sector will adopt policies limiting carbon emissions in order to comply with the environmental lobby’s demands. That will help to ensure they can prosper in an environment where replacing global energy infrastructure would be enormously resource intense. 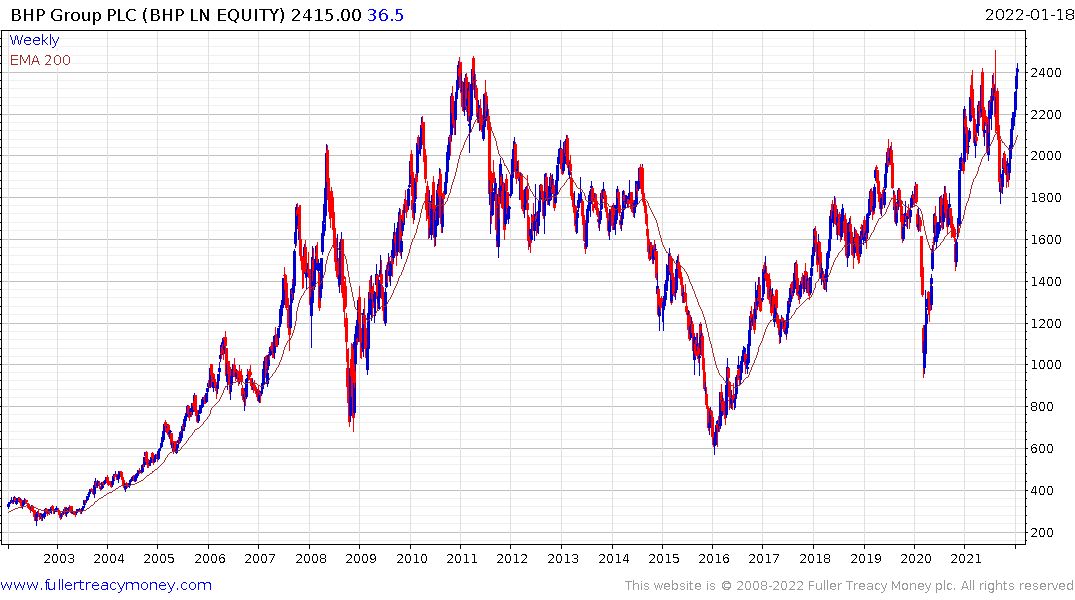 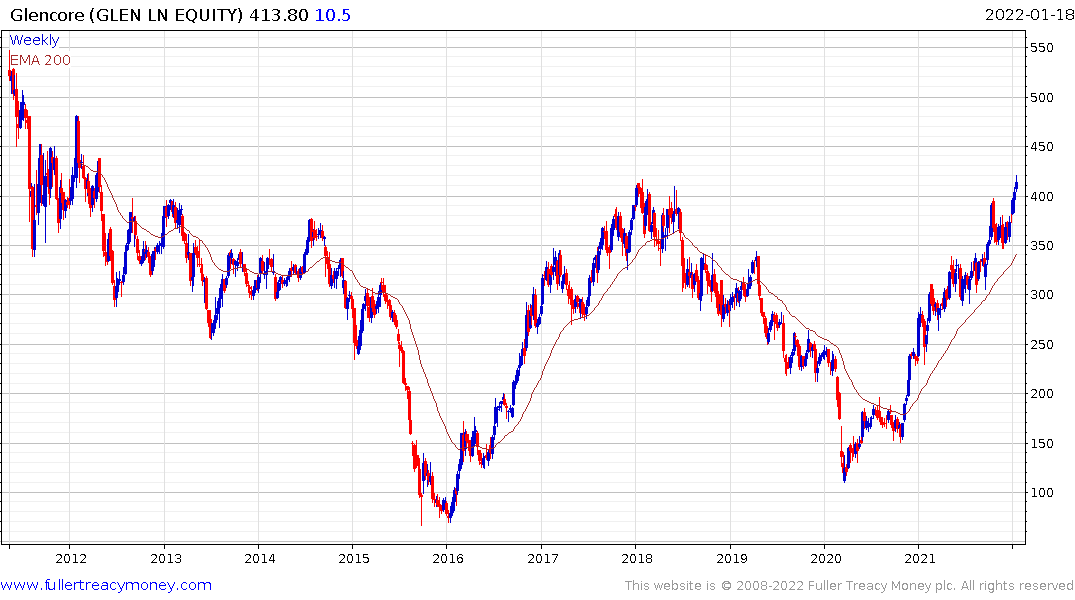 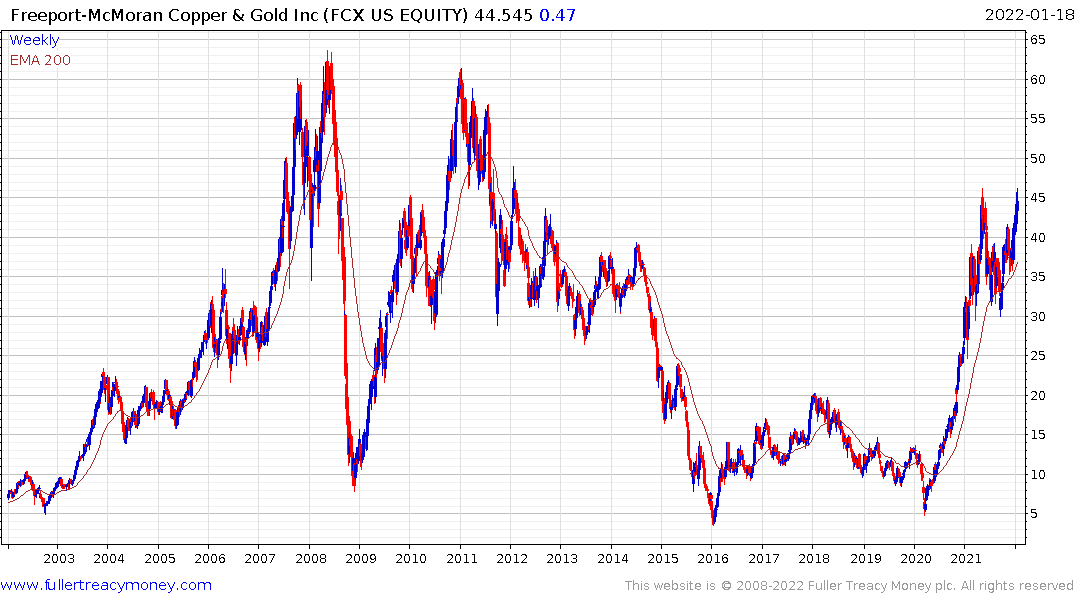 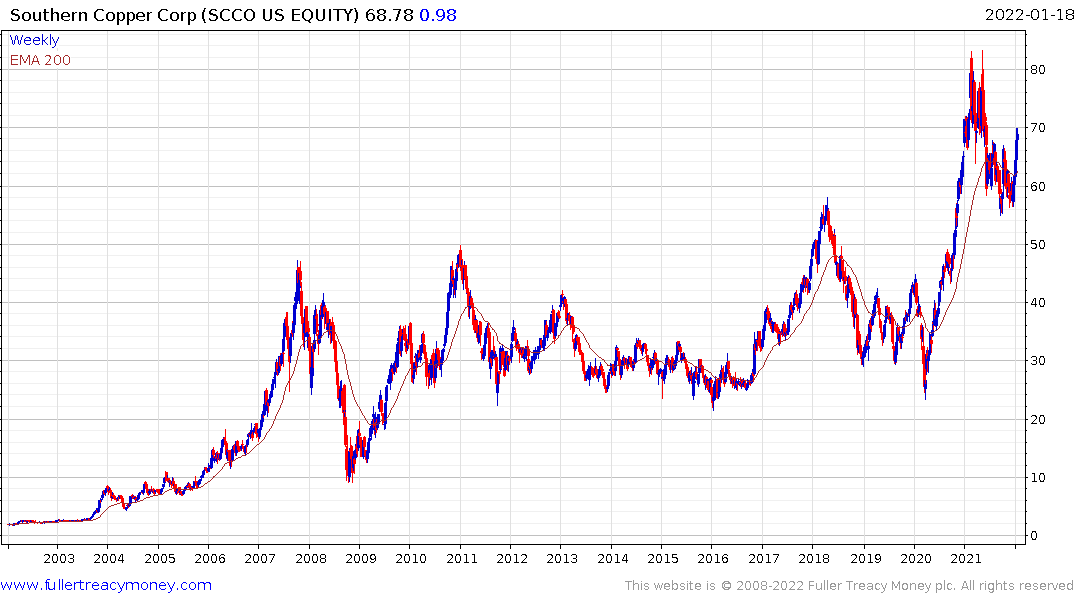 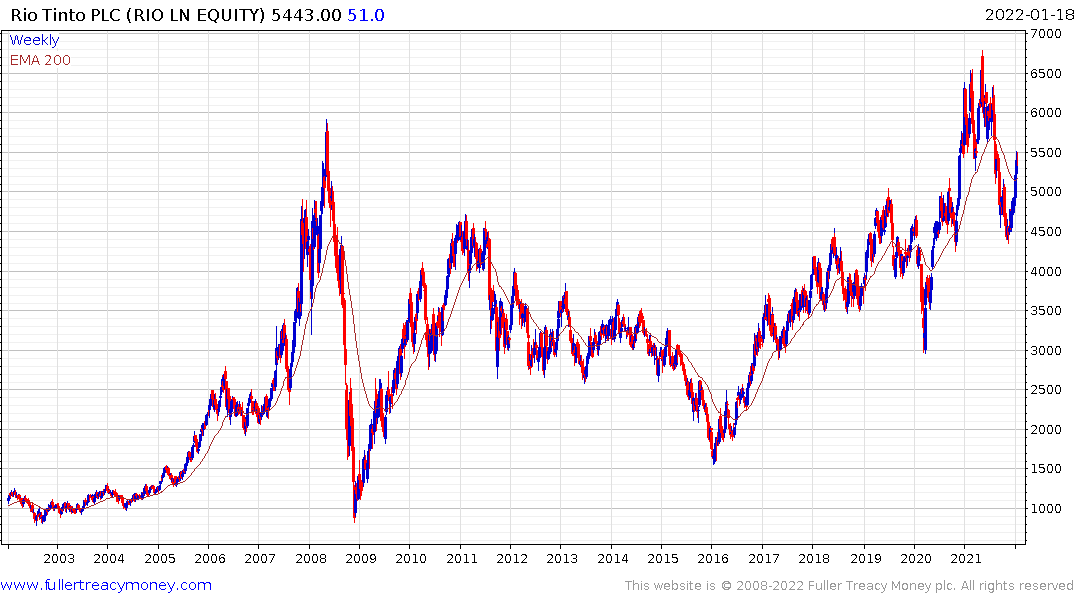 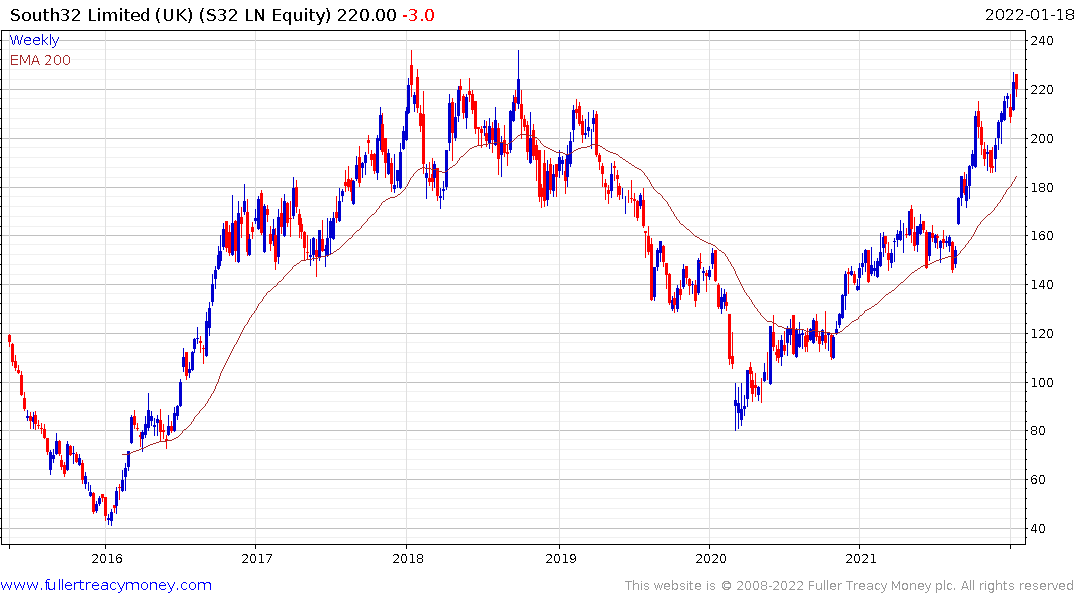 Commodities bull markets first see prices respond to new sources of demand and investment in new supply picks up later in response. M&A activity is beginning to pick up with BHP mentioned as being in the market for acquisitions. Glencore, Freeport McMoRan or Southern Copper could be targets. It would be quite ironic to see South 32 acquired following BHP’s decision to sell the assets during the bear market. Meanwhile, Rio Tinto is positioning itself as the ESG miner. 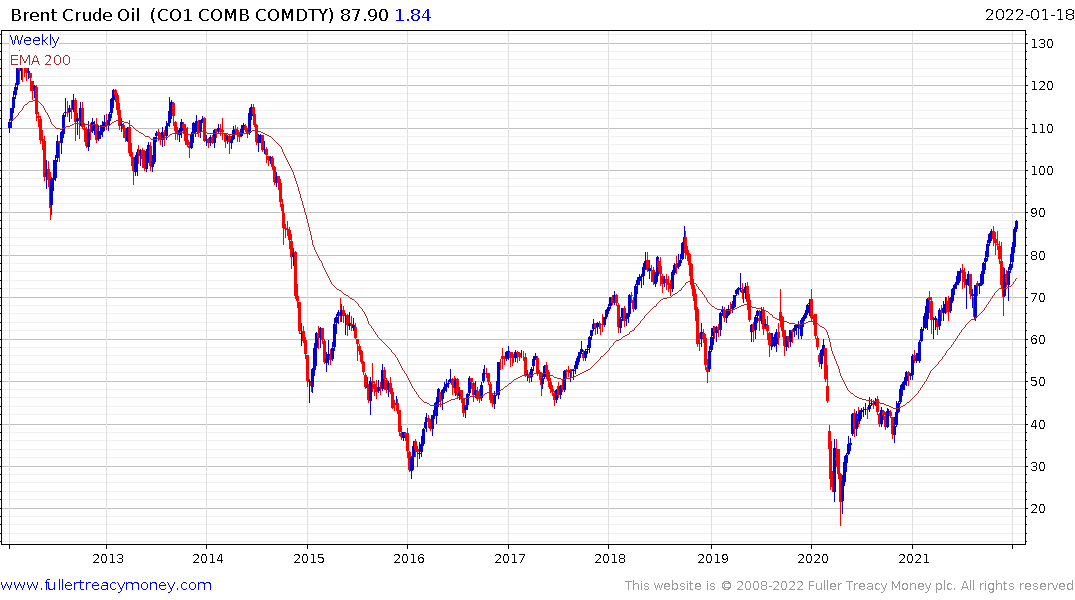 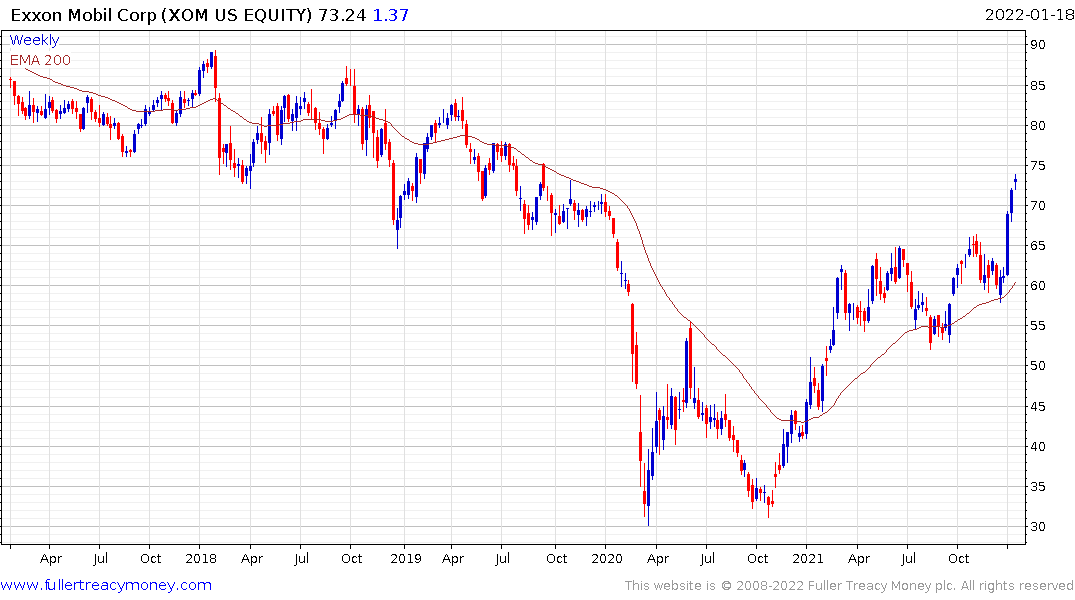 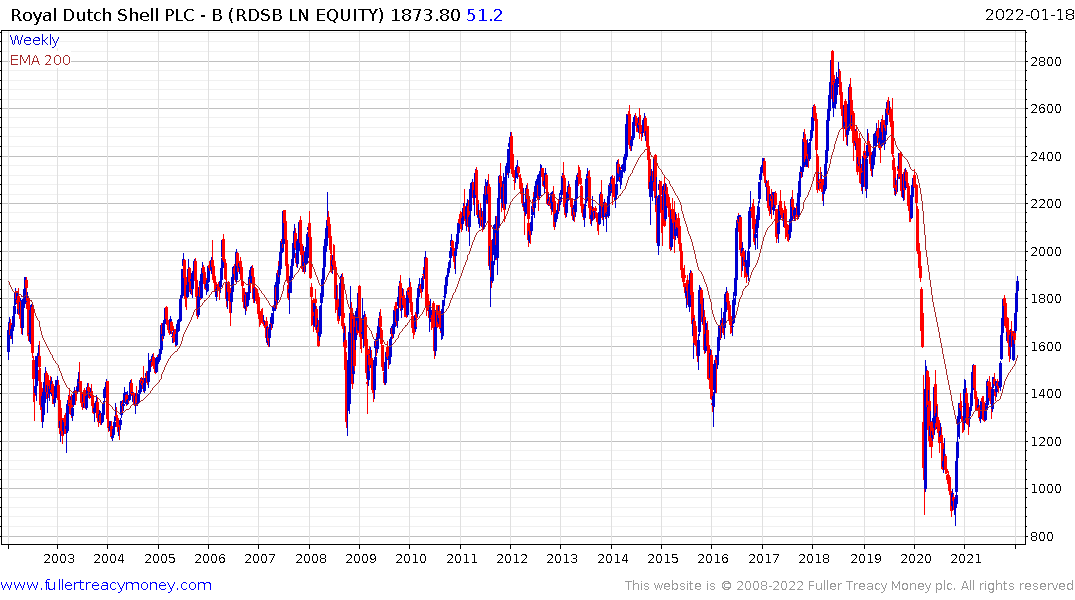 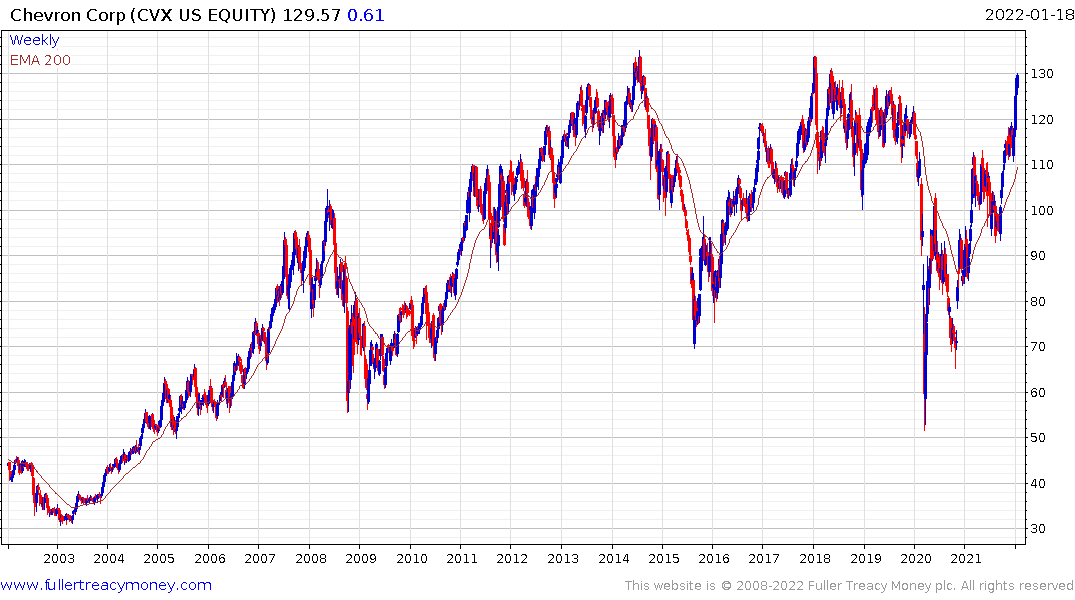 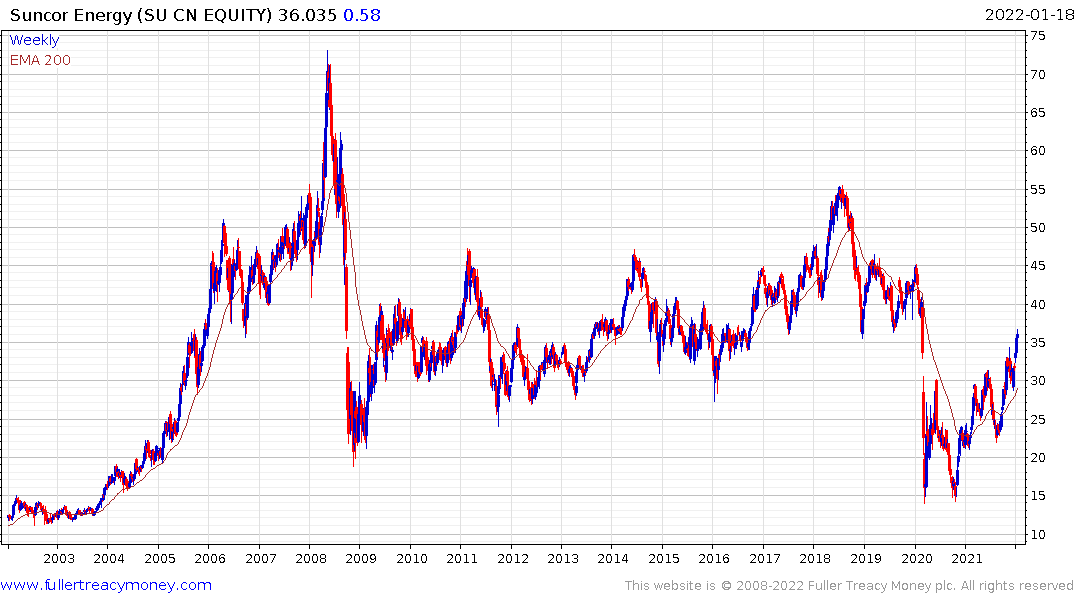 The oil sector continues to recover and that contributes to higher costs of production for everything else. The majors like Exxon Mobil, Chevron and Royal Dutch Shell continue to recover. Suncor Energy has a similar recovery path. 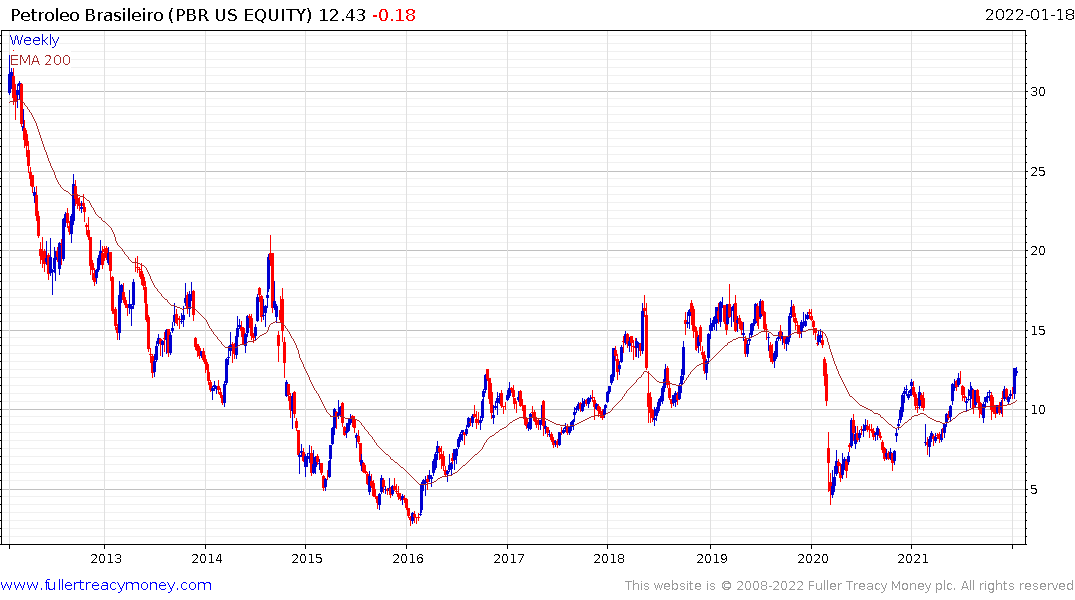 Petroleo Brasilero is firming within its base formation. 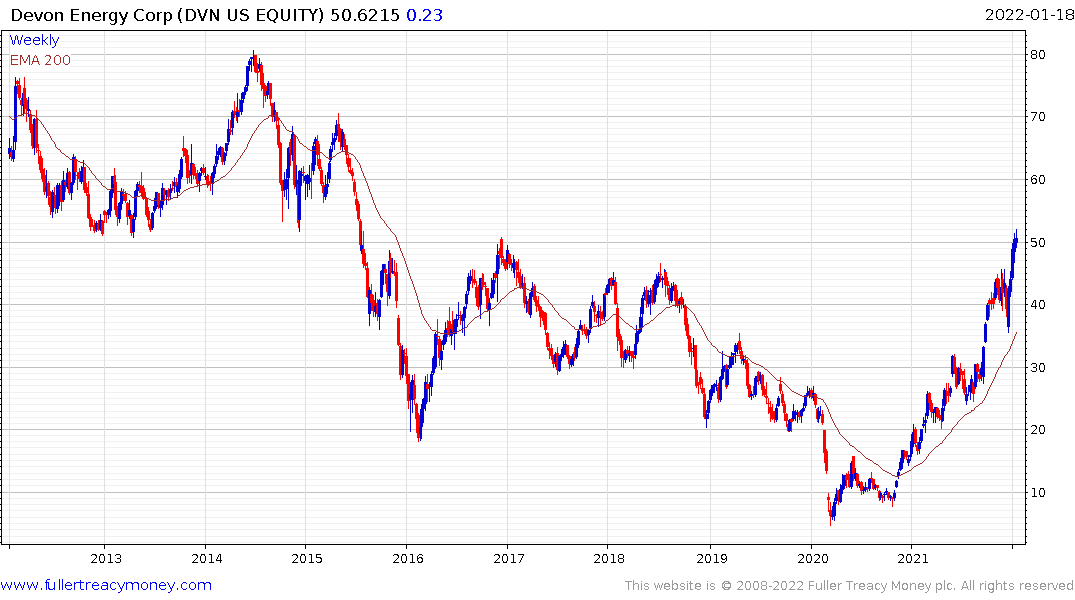 Devon Energy was last year’s best performer and has broken the 12-year downtrend.