As expected, the plenum declared that China had met the critical political goal of becoming a “moderately prosperous society” in 2020. By the end of the year, China’s GDP is expected to reach nearly 100 trillion yuan (RMB)—equivalent to $14.3 trillion—a figure higher than the plan’s forecast of RMB 92.7 trillion, which makes China’s economy in nominal terms about 66.7 percent the size of that of the United States in 2019 ($21.4 trillion), up from 40.6 percent the size of the United States in 2010. China reportedly lifted 55.75 million people out of poverty and created 60 million jobs in urban areas over the past half-decade. By the end of 2020, there will be basic medical insurance coverage for 1.3 billion and basic pension support for nearly 1 billion citizens.

Looking ahead, the plenum emphasized that the 14th Five-Year Plan will build on the 13th Five-Year Plan’s principles of innovation, regional coordination, green development, international openness, and social equity. That said, there was a distinct emphasis on strengthening the domestic economy. There was no mention of a growth rate target; instead, the country will focus on improving quality and raising productivity. The plan will highlight China’s need to gain technological independence; become a powerhouse in manufacturing, cyber, and the digital economy; and raise China’s international competitiveness. At the same time, China will need to expand domestic consumption as a share of the economy, which will be dependent on raising wages, building a more complete social safety net, and expanding economic opportunities in rural China.

The middle-income trap has been escaped by only a handful of countries. South Korea, Singapore and Taiwan spring to mind. They have mustered the wherewithal to evolve their governance structure to become more efficient and successfully transitioned to high-end manufacturing and services. Relatively small populations relative to the scale of their exports has been a significant aid in achieving those goals.

China has every intention of making the same transition and aims to do it by sustaining single party rule. It is worth considering that is not all that different from the trajectory followed by Singapore and Taiwan. Singapore in particular has demonstrated that provided a government can deliver on improving standards of living for its citizens, while also providing security for the majority, single party rule can be sustained. However, it is also true that single party rule is increasingly difficult to achieve as living standards trend higher.

China is going to develop a domestic semiconductor industry by any means necessary. Significant losses at companies like Semiconductor Manufacturing International Corp are irrelevant when the company’s mission has national security connotations. The Global X China Semiconductor ETF is a way of monitoring the success of this evolving sector.

Boosting the role of the consumer was part of the last five-year plan and has been achieved. The evolution of the app economy and removal of cash have also been achieved and in a much more adroit fashion than anywhere else. That alone is an example of how big goals can be achieved when a concerted effort is made to push through change.

Creating a dominant domestic demand portion of the economic activity, leadership in emerging technologies, enhancing scope for energy independence, modernising the military and enforcing rigid control of the population and demanding adherence to its vision from international partners are all part of the current plan.

That is apparently also going to be achieved with single person rule. The plenum statement made no mention of a succession plan. Xi Jinping is 67 years old so he could conceivably be in power for another 20 years. Creating alternative career opportunities for very senior party cadres is therefore also going to have to play a significant role in this five--year plan. 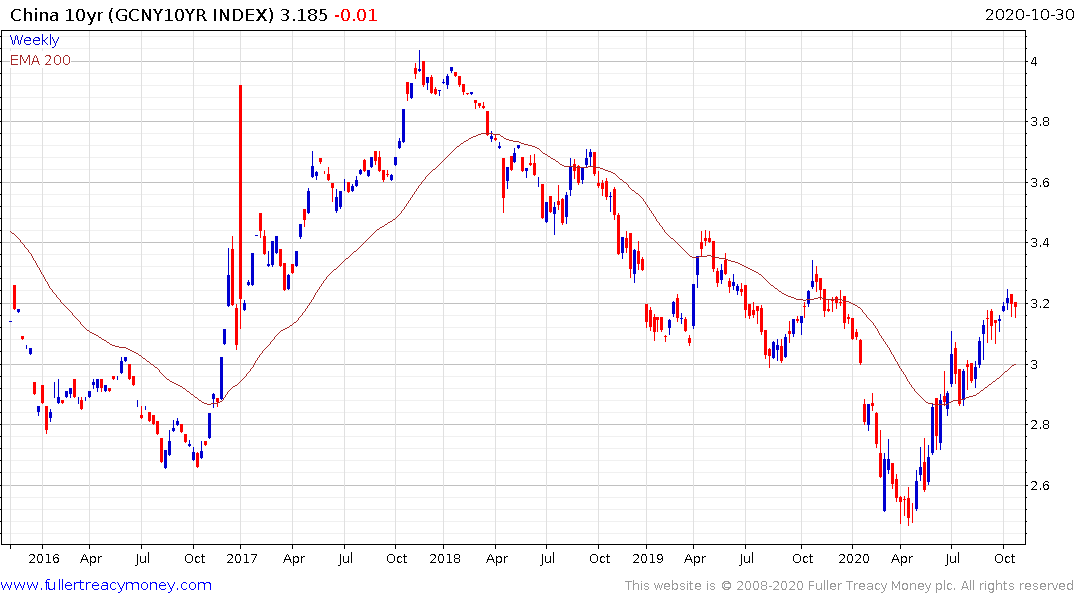 China has the money and will to achieve its long-term goals. The rest of the world is only beginning to wake up to the reality of what that might look like. The desire to create a viable counter strategy suggests there is unlikely to be any meaningful change in the trajectory of great power competition.

Perhaps the biggest threat to China’s ambition is the interest rate different it offers relative to every developed economy. That is going to attract capital from all over the world. By sapping demand for the government debt of other countries it is putting upward pressure on yields and not least because of the relative weakness of other currencies versus the Renminbi. That alone is likely to stoke the fires of nationalism, particularly if rising rates and higher government funding costs are blamed on China’s competitive advantage. 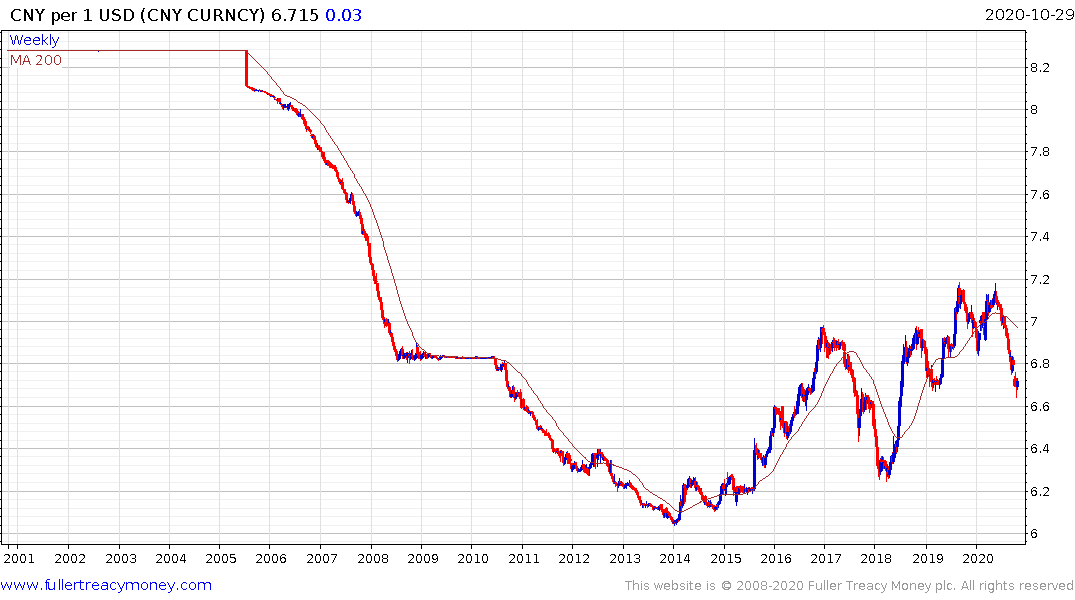 From a Chinese perspective, its domestic success in containing the coronavirus and the volatility in demand from just about everywhere else will further embolden planners to double down on their self-reliance objectives.