“We have to make the tough choices to high-grade our portfolio and invest in the highest-return projects in the world we see ahead of us, and that’s a different world than the one that lies behind us,” Mr. Wirth said.

Chevron’s shares closed up less than a percentage point at $117.90 prior to the announcement Tuesday. Reaction to the news was muted in after-hours trading.

The sobering reappraisal by Chevron, one of the world’s largest and best-performing oil companies, is likely to ripple through the oil-and-gas industry, forcing others to publicly reassess the value of their holdings in the face of a global supply glut and growing investor concerns about the long-term future of fossil fuels. Particular pressure is falling on shale producers, especially those focused on natural gas in places like Pennsylvania, which are struggling with historically low U.S. prices caused by oversupply.

Chevron’s move follows a $5 billion write-down by Spain’s Repsol SA earlier this month and an impairment of $2.6 billion by the U.K.’s BP PLC in October. Industry executives and analysts anticipate that many more oil-and-gas companies will soon write down billions in value to comply with accounting standards because low commodity prices have undermined the economics of many projects.

In last night’s audio I was searching for the term high grading when discussing the performance of mining companies but it of course also extends to any commodity market where prices have declined to such an extent that many sources of supply become uneconomic.

Appalachia has plenty of gas but it is also more rugged terrain than the plains for Texas and reserves are closer to built-up areas which increases the cost of production. With natural gas at close to decade lows it is not surprising that companies are focusing on their cheapest to produce assets first.

The reality is the secular bull market of the early 2000s succeeded in introducing vast supplies of oil and gas to the market. In the process put a lid on future rallies because much of that supply becomes economic as prices rise.

The other side of that argument is the evolution of a long ranging phase will eventually create new sources of demand. Hydrogen fuel cells are having a moment because of low natural gas prices and the green movement’s success in vilifying coal consumption in developed economies. 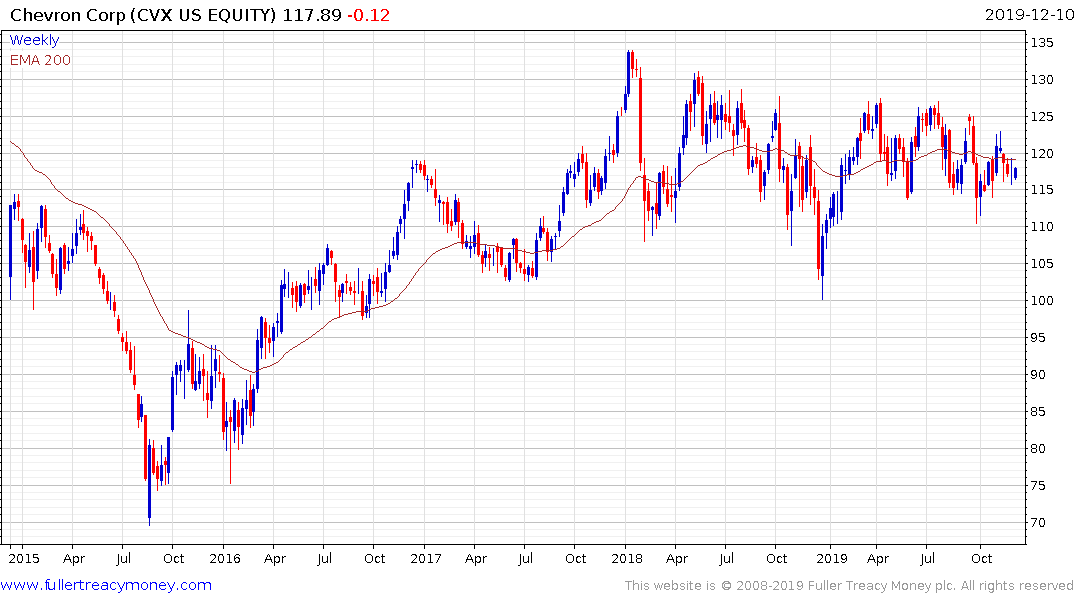 Chevron’s investors are taking the write-down in their stride but the share has held a sequence of lower rally highs since January 2018. It will need to sustain a move above $125 to signal a return to demand dominance beyond short-term steadying. 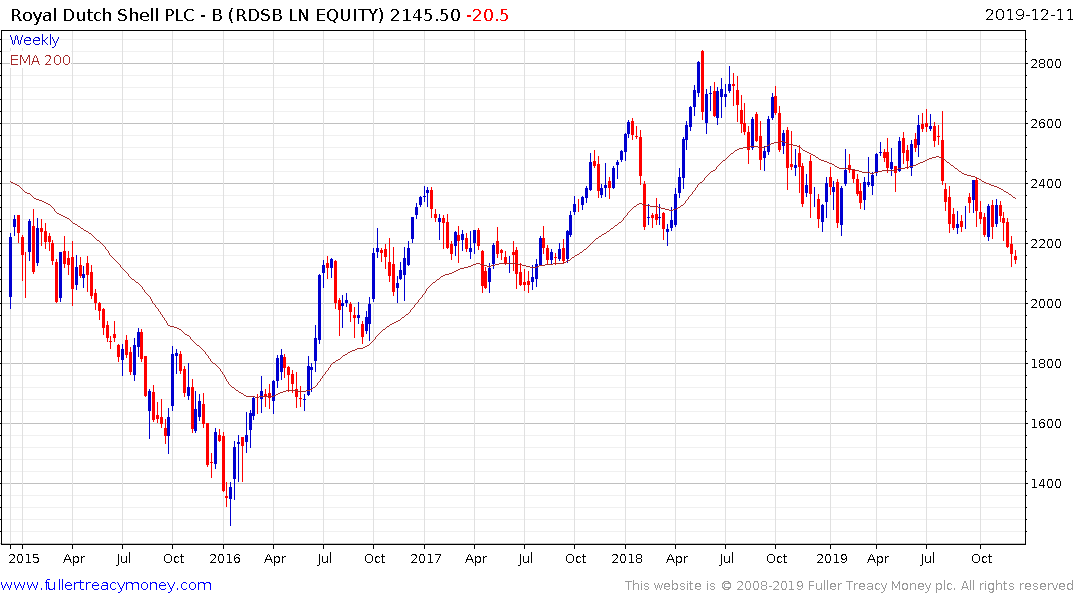