More than 200 North American oil and gas producers, owing over $130 billion in debt, have filed for bankruptcy since the beginning of 2015, according to a May report from law firm Haynes & Boone. This month alone, seven oil and gas companies have gone under, tying December 2015 for the busiest on record after crude prices plunged amid the Covid-19 pandemic, according to data compiled by Bloomberg.

The shale boom spearheaded by the likes of Chesapeake a decade ago was fueled by debt. Profitability and shareholder returns have been consistently disappointing, and investors had already grown wary of throwing more money into shale before this year’s oil crash. The rate of default on high-yield energy debt stood at 11%, Fitch Ratings said in a June 11 report, the highest level since April 2017.

Unconventional drilling is capital intensive. Arguably, it would not have been a viable development option for new supply without the tailwind of very low interest rates and abundant liquidity. The challenge the sector faces is once a well begins producing, there is a very steep increase in supply, followed by a steep decline. That ensures companies are very exposed to near-term oil prices. The significant volatility in commodity prices has been a headwind for the sector, because most operations are profitable in the region of $60-$80 a barrel. 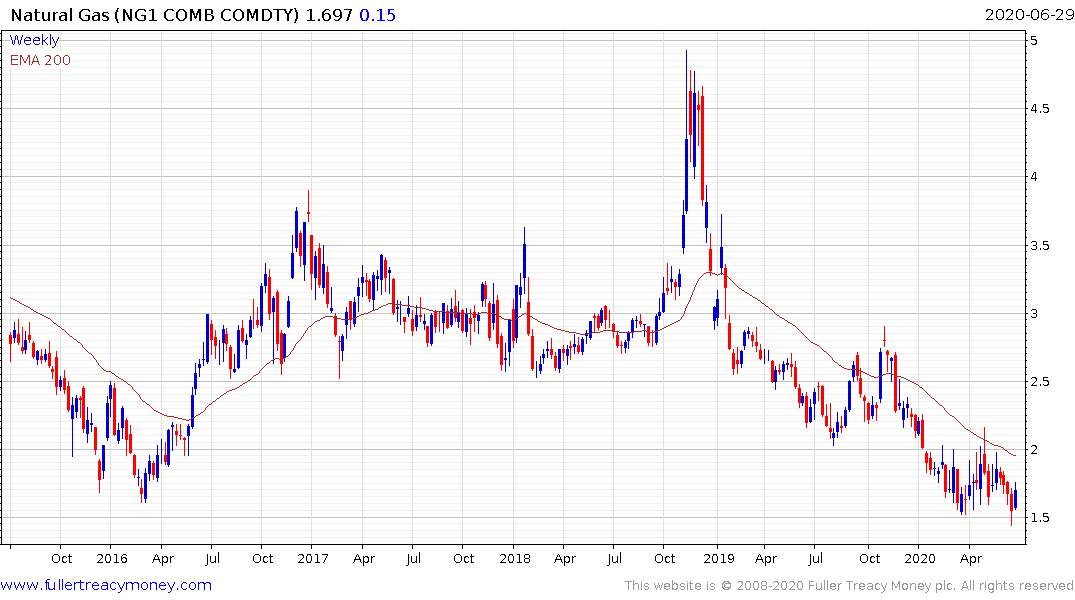 Natural gas is a major by-product of shale oil production and with bankruptcies rising, the potential for a supply surplus to be eroded has increased. The price failed to sustain last week’s breakdown from the three-month range. A clear downward dynamic would now be required to question near-term scope for additional upside. 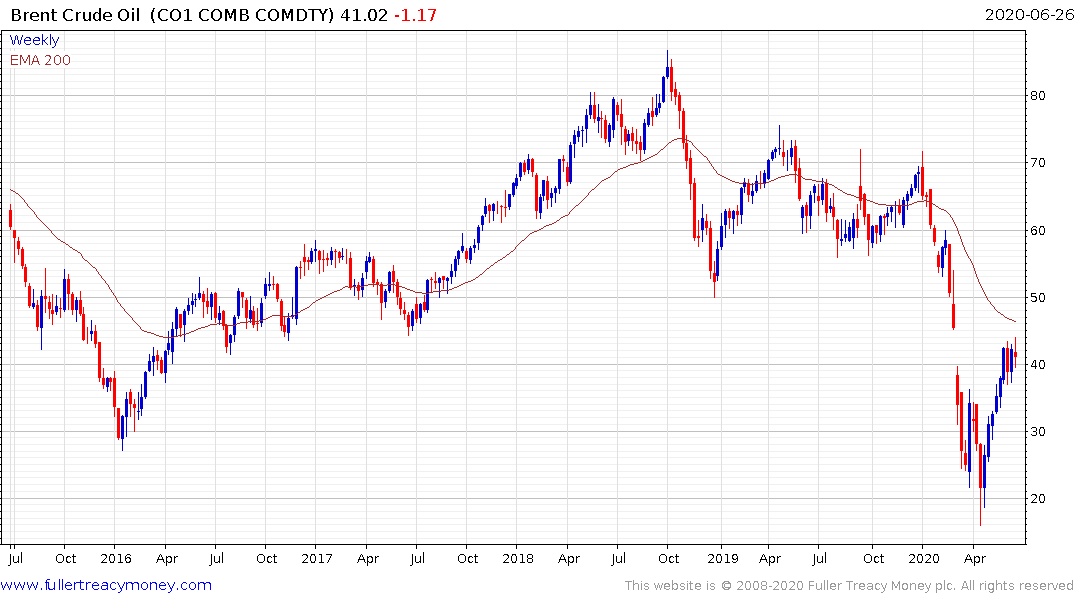 Brent Crude oil firmed within its month-long range today as it continues to hold the breakout from a type-2 bottom.