Offshore oil investment was all the rage among Big Oil during the supercycle, with capital expenditure almost quadrupling in the decade up to 2014. That is the problem. The majors poured money into large, multi-year projects prone to delays and, because of their often bespoke engineering, spiraling budgets. The result: tumbling return on capital and an inability to dial back investment quickly when the oil crash hit in 2014. Roughly 3,000 new offshore projects sanctioned between 2010 and 2014 have either barely generated any value for oil companies or are expected to generate none at all, according to a recent study published by Rystad Energy, a consultancy:

More recent investments score better, mostly because the boom tailed off, with offshore capex falling by more than half between 2014 and 2018. That took the heat out of industry inflation; and, because of the bonfire of returns in the prior decade, oil majors got smarter about such things as standardizing offshore equipment design to cut costs and shorten schedules. The pace of new projects has picked up again after the slump. Exxon, for example, has effectively opened up an entire new offshore zone with its Guyanese fields.

Still, one look at the stock prices of oilfield services firms, especially offshore-focused types such as Transocean Ltd. and Noble Corp. Plc, tells you this investment wave is nothing like the tsunami of yesteryear. Bad memories combined with unease about both near- and long-term oil demand make bold bets on big, multi-year offshore projects a tough sell with investors more interested in payouts. Even Exxon’s success in Guyana gets overshadowed by the fact that the company’s capex bill leaves it borrowing to pay its dividend. And Exxon, like Chevron Corp. and other majors, has swung more of its spending toward shorter-cycle onshore fracking in North America.

Secular bull markets in commodities are defined by a step change in the marginal cost of production. During periods of what can best be described as a status quo the price of oil can range for decades. That reduces investment in new supply and the sector is unable to respond quickly when a new source of demand emerges. The massive investment to bring new supply to market takes time to evolve and that creates a secular bull market as new higher cost sources are brought online.

The problem for Brazil is its ultradeep water supply is probably economic at $80, but onshore US domestic shale is economic around $55. Despite the size of Brazil’s reserves, it is at risk of falling into the marginal supplier bracket along with some of Canada’s higher cost tar sands production. 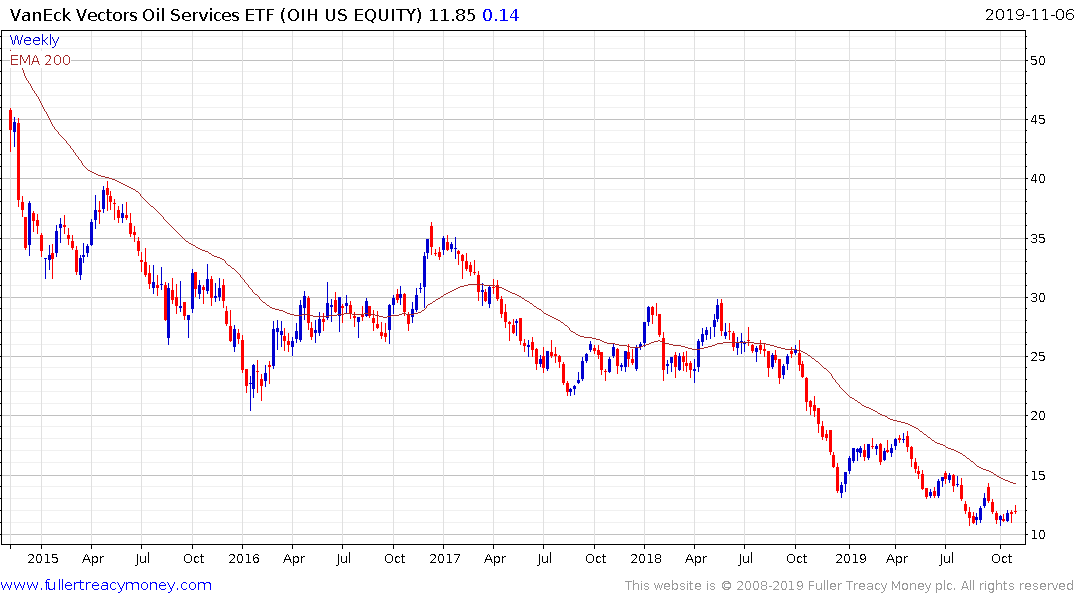 The VanEck Vectors Oil Services ETF remains in a downtrend and some additional significant consolidation is probably required before a credible recovery path can be plotted for the sector. 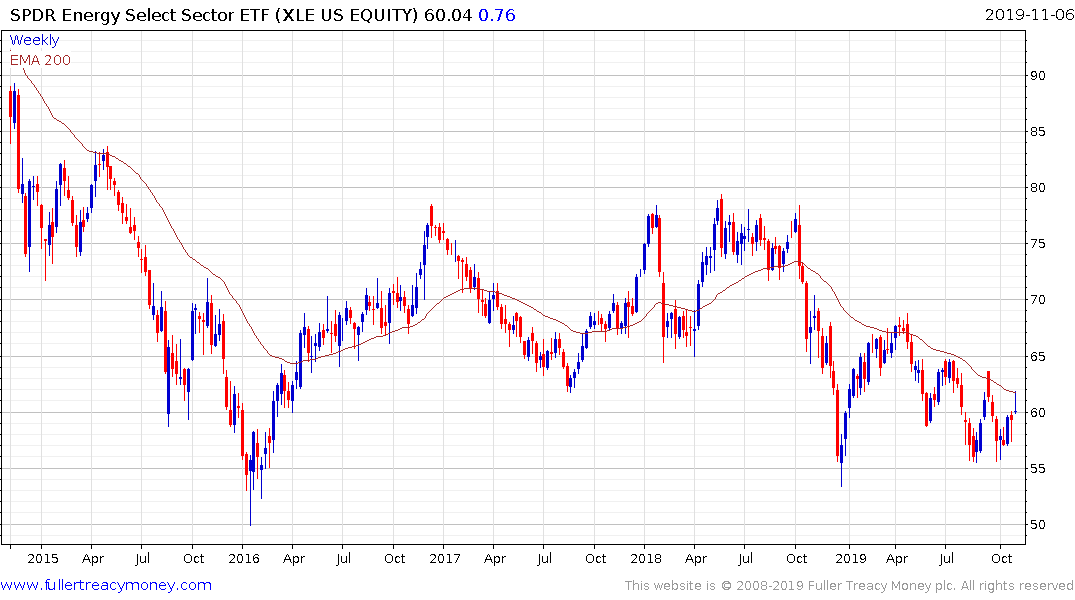 The S&P500 Energy Index pulled back today from the region of the trend mean to sustain the downtrend. 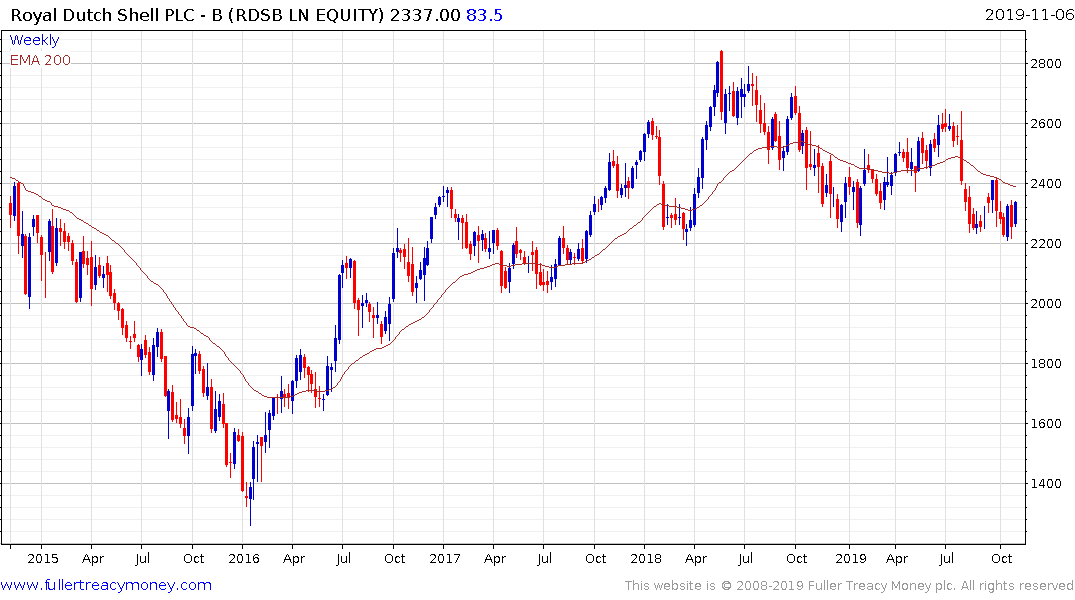 Royal Dutch Shell is playing the long game by investing in alternative energy. The share has found at least near-term support in the region of the lows near 2200p, which is the minimum requirement to support the consolidation hypothesis.