BP Plc will make the biggest writedown on the value of its business since the Deepwater Horizon disaster a decade ago, as the coronavirus pandemic hurts long-term oil demand and accelerates the shift to cleaner energy.

In a dramatic revision that prompted questions about the affordability of its dividend, the British giant cut its estimates for oil and gas prices in the coming decades between 20% and 30%. It also expects the cost of carbon emissions to be more than twice as high as before.

Under its new Chief Executive Officer Bernard Looney, BP has been quicker than many of its peers to plan for a low-carbon world. Yet moves toward a more sustainable future are bringing financial pain today, and investors are asking fundamental questions about the value of oil majors.

It’s a good time to take write downs for any major corporation. With the negative economic backdrop, global pandemic and collapse in oil prices, more than a few companies are likely to use this as an opportunity to clean their balance sheets.

The oil price has stabilised in the region of the April and May highs near $36. A sustained move below that level would now be required to question current scope for additional higher to lateral ranging. 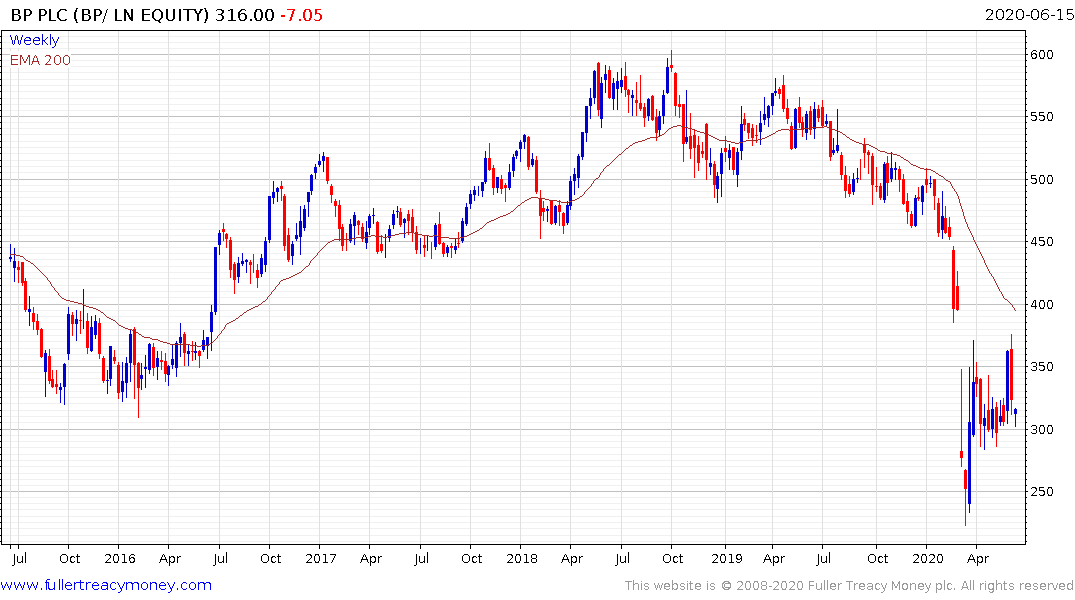 BP has at least steadied at lower side of a two-month ranges. 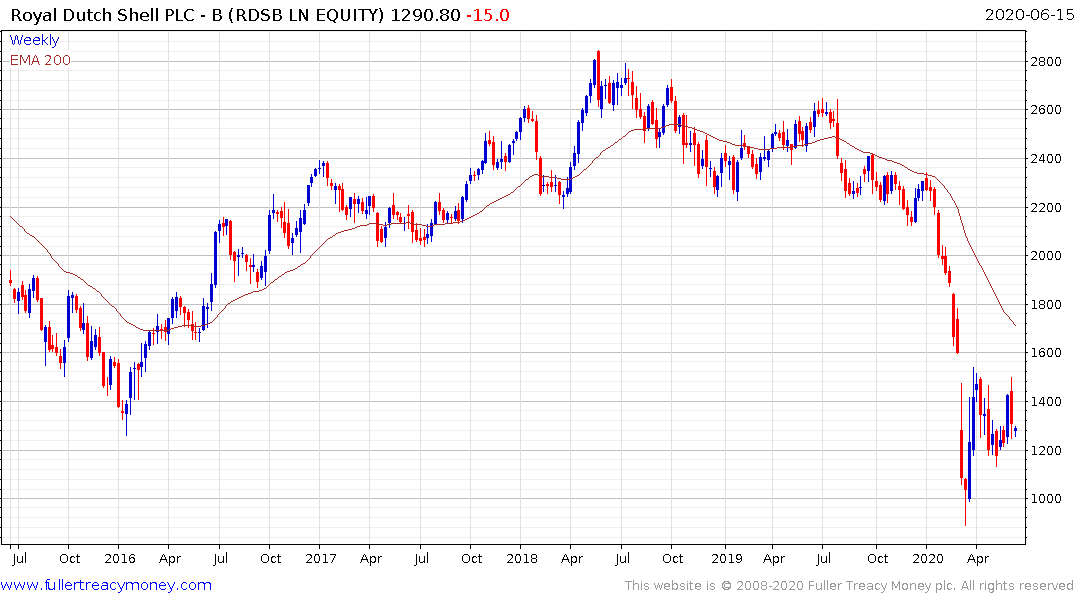 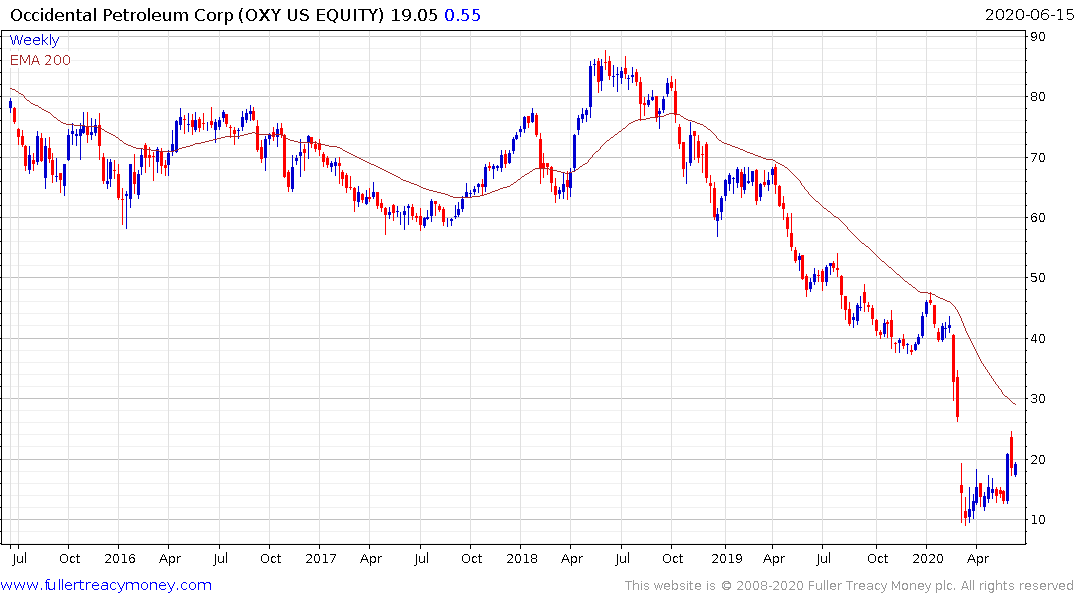 Occidental Petroleum, which was one of the these most shorter shares last year, now shares a similar pattern to the oil price as it demonstrates support above the underlying range.