Blackouts triggered by frigid weather have spread to more than four million homes and businesses across the central U.S. and extended into Mexico in a deepening energy crisis that’s already crippled the Texas power grid.

​After millions in Texas lost electricity, the operator of the grid spanning 14 states from North Dakota to Oklahoma ordered utilities to start rotating outages to protect the system from failing amid surging demand for electricity.

“In our history as a grid operator, this is an unprecedented event,” the Southwest Power Pool said in a statement Monday.

The brutal cold striking Texas -- the capital of the U.S. energy industry and home of some of the world’s largest oil and gas companies -- is emblematic of a world facing more unpredictable weather due to the rising impact of climate change. The outages also underscore the growing vulnerability of the grid as the globe moves away from fossil fuels to an all-electrified system increasingly reliant on renewable energy.

The big argument about renewables has been always been cost and reliability. The cost argument has been removed from the discussion over the last couple of years. Economies of scale mean that many wind and solar projects are now viable without relying on subsidies. Unfortunately, there hasn’t been any progress how to ensure base load when the turbines stop turning or the sun isn’t shining.

Temperatures significantly below zero (Celsius) freeze the turbines. That’s why there are rolling blackouts across Texas today and yesterday. They rely on wind to produce a significant proportion of electricity and were in no way prepared for the freezing weather to move this far south.

I arrived in Dallas yesterday evening. The car rental place was inundated and understaffed with about four inches of snow on the ground. The restaurants are not getting deliveries so most are closed. The super markets are all also closed. It’s a good thing the weather is expected to improve by the weekend or there will be a lot of hungry people as well as being cold.

The question is whether any of this short-term inconvenience will impact the demand for renewables. I suspect not. The reality is there is too much money to be made 95% of the time and investors are non plussed by occasional issues. Consumers may decide they are better off with batteries and generators given the potential volatility. 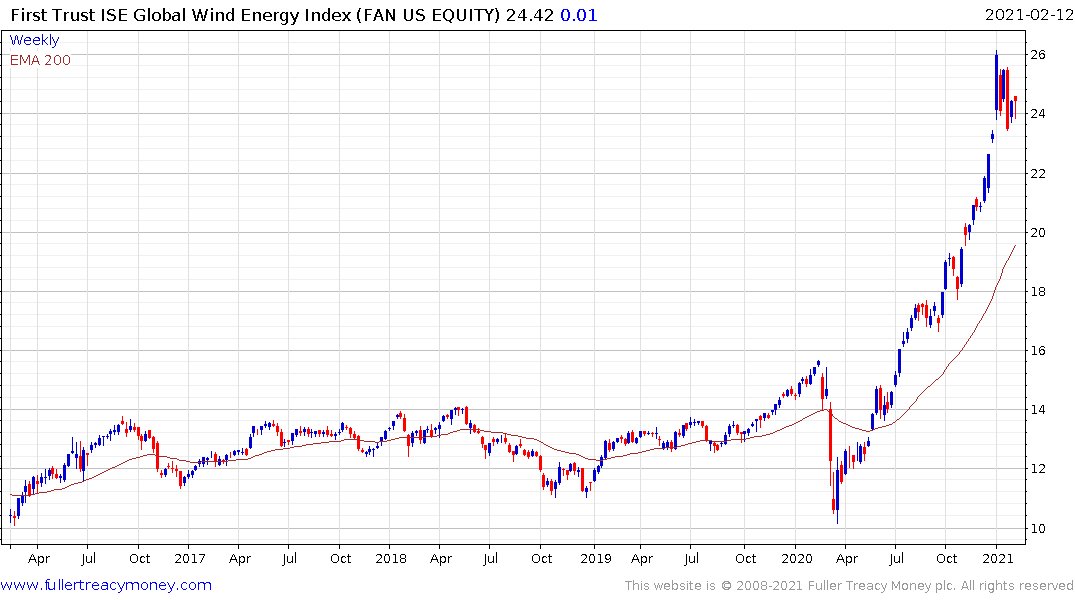 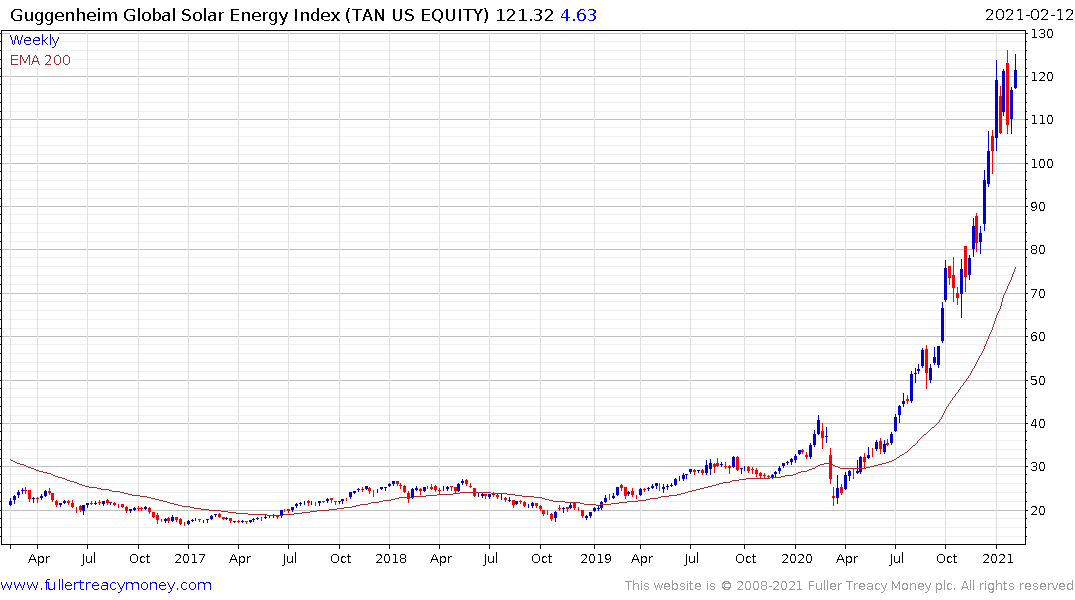 It may however contribute to some profit taking and consolidation of the recent power moves on the upside.