The facilities will be replaced by four gas-fired stations with capacity to supply 2.6 times more electricity than the coal plants.

?The closures are part of a broader trend in China, which is the world’s biggest carbon emitter. Facing pressure at home and abroad, policy makers are racing to address the environmental damage seen as a byproduct of breakneck economic growth. Beijing plans to cut annual coal consumption by 13 million metric tons by 2017 from the 2012 level in a bid to slash the concentration of pollutants.

Nationally, China planned to close more than 2,000 smaller coal mines from 2013 to the end of this year, Song Yuanming, vice chief of the State Administration of Coal Mine Safety, said at a news conference in July.

– I’ll be stopping off in Beijing on my way to Singapore next week and I’m looking forward to seeing first-hand what measures, if any,  have been taken to tackle the pollution problem. Replacing coal fired power stations with natural gas plants is a hugely positive development which is likely to have some far reaching repercussions. 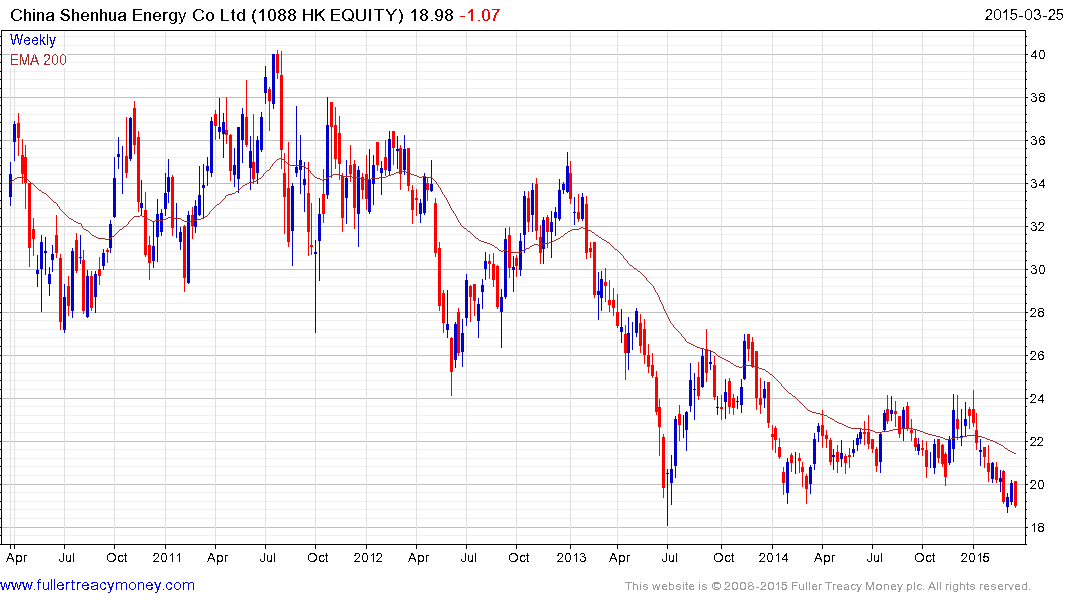 As a major coal producer Shenhua Energy remains under pressure. The share is testing the lower side of an 18-month range. A sustained move above HK$21 would be required to question medium-term scope for additional lower to lateral ranging. 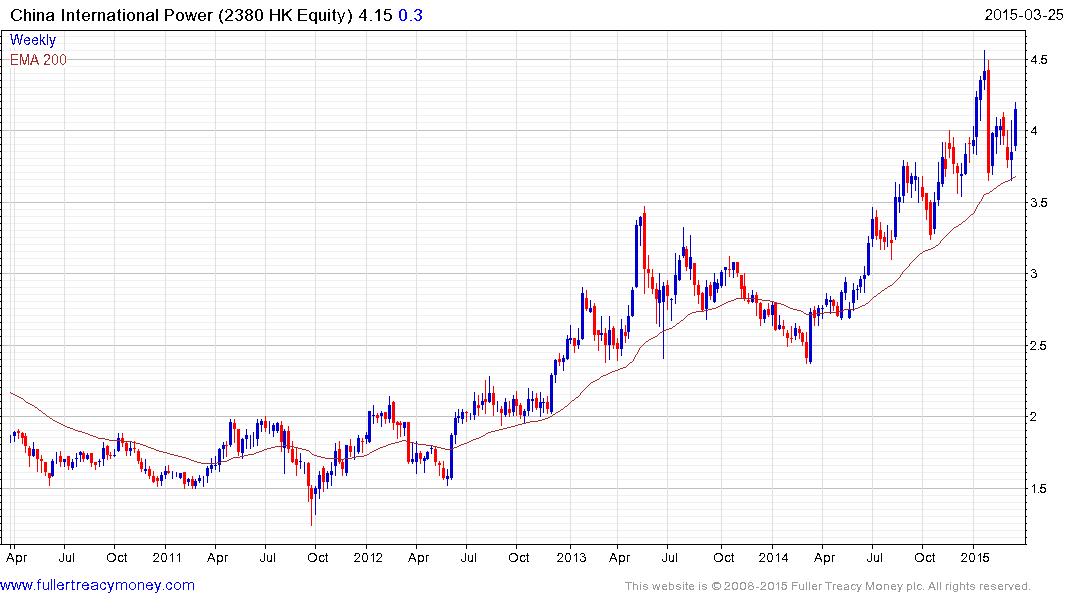 China International Power which I posted yesterday is a major power station developer and likely to benefit from the restructuring of the Chinese electricity generation sector. 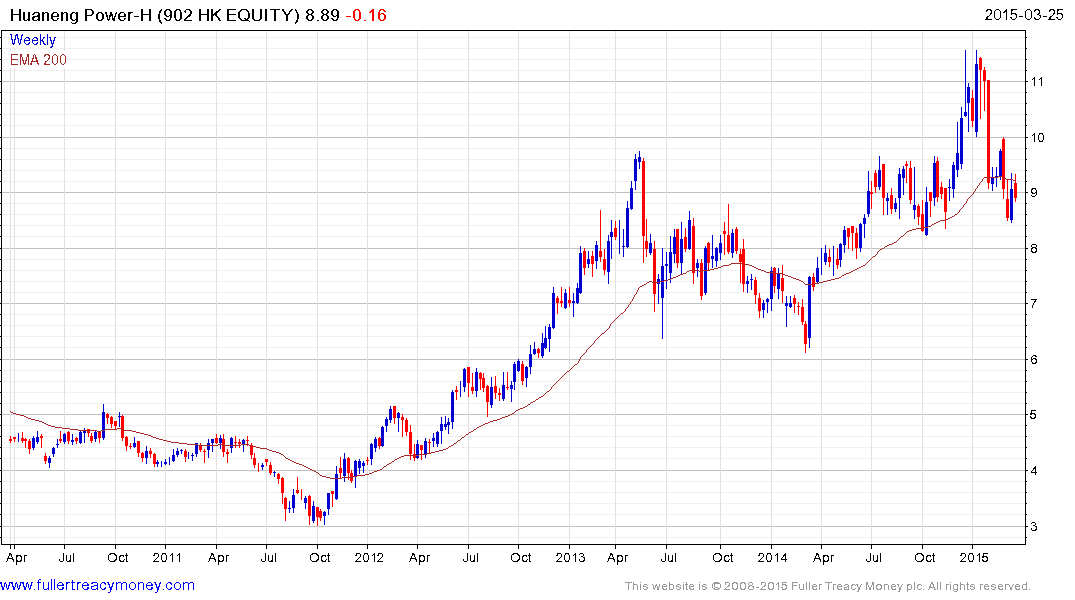 Huaneng Power is currently bouncing from the region of the 200-day MA and will need to hold the low near HK$8.50 if potential for additional higher to lateral ranging is to be given the benefit of the doubt.