It looks like the government has blinked first. Miners, after months of being ordered to stick closely to capacity limits, are now being ordered to produce as much as they can, people familiar with the matter told Bloomberg News. That should help to take the wind out of surging thermal coal prices and prevent the current crisis from extending into the winter, when sufficient energy supply can be a life-or-death matter.

There is, to be sure, an attempt to make this retreat look like a withdrawal. The latest advice from Beijing’s economic planners last week focuses on protecting individuals but continuing the crackdown on industry, especially when it’s most energy-intensive and polluting. Allowing generators to raise prices to end-users, as is happening in Guangdong province, will also help create a more commercial power market. Electricity consumption controls have even been loosened in a way that would permit potentially unlimited volumes of cheaper renewable power into the market.

The risk, as with the rapidly fading fears over Evergrande, is that Beijing has simply deferred a pressing problem again. If China doesn’t reform a system that refuses to face up to its internal contradictions, the problems of an economy fed by credit and carbon will only fester and grow.

Self sufficiency is Chinese government policy. Coal imports do not gel with that ambition so efforts to defray demand are likely to persist in a piecemeal manner subject to necessity. However, the reality is winters north of the Yangtze River are harsh and most communities rely on coal to heat homes, factories and run electricity.

If the economy has to shut down because of political objectives that’s not sustainable. Therefore, we can anticipate coal production and imports will ramp higher in the winter and wither in the spring. Utilities no longer have an incentive to hold reserves and will not fill the position of reserve power. That points towards further volatility in future. 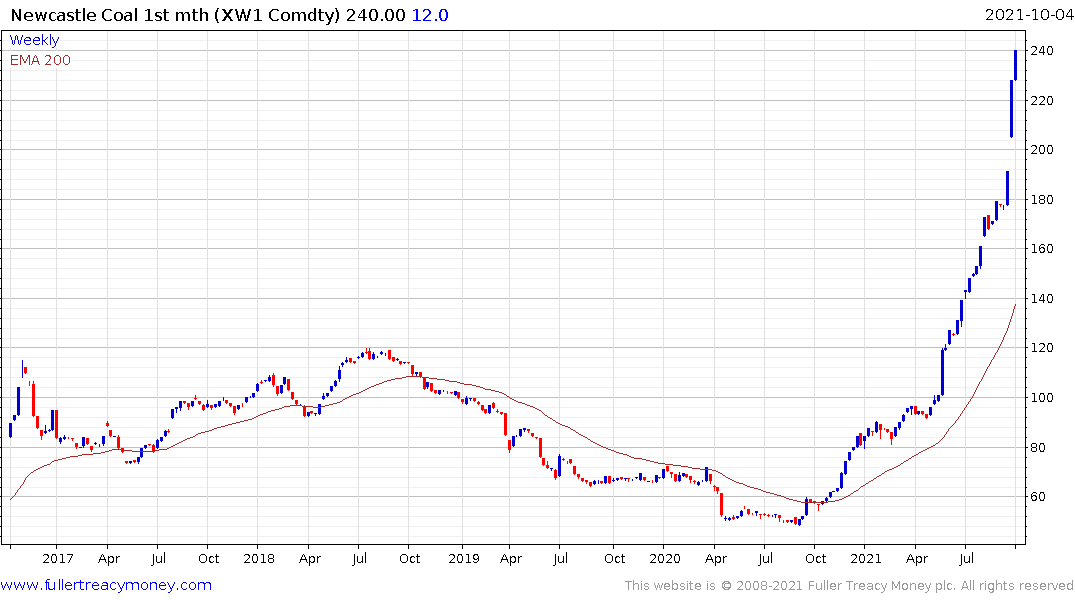 China’s energy transition, to rely more on renewables and nuclear, continues to proceed but will need to focus on the latter if the administration’s objectives are to be achieved. 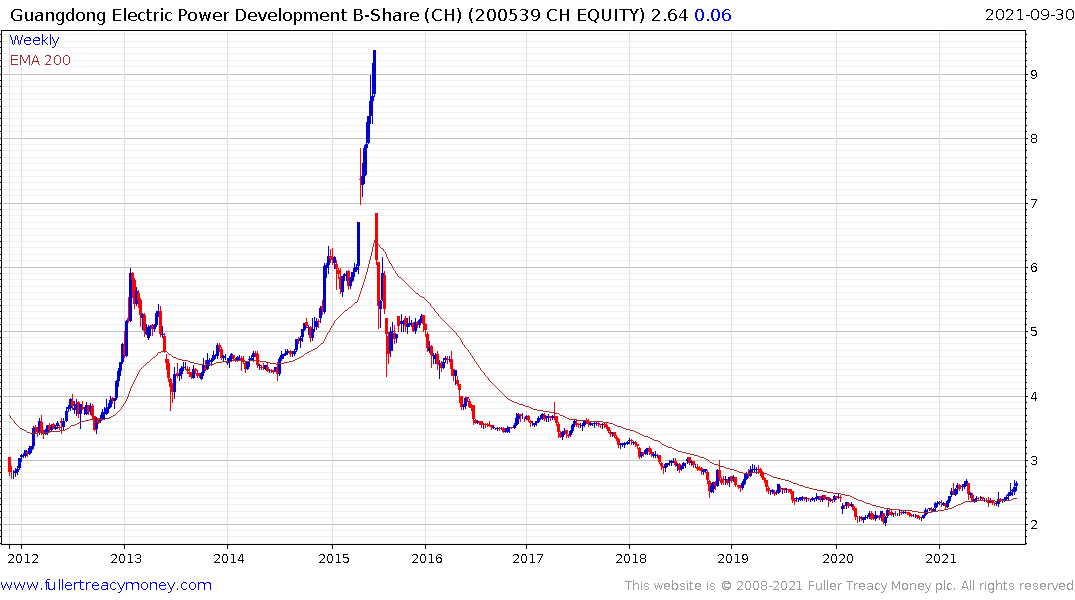 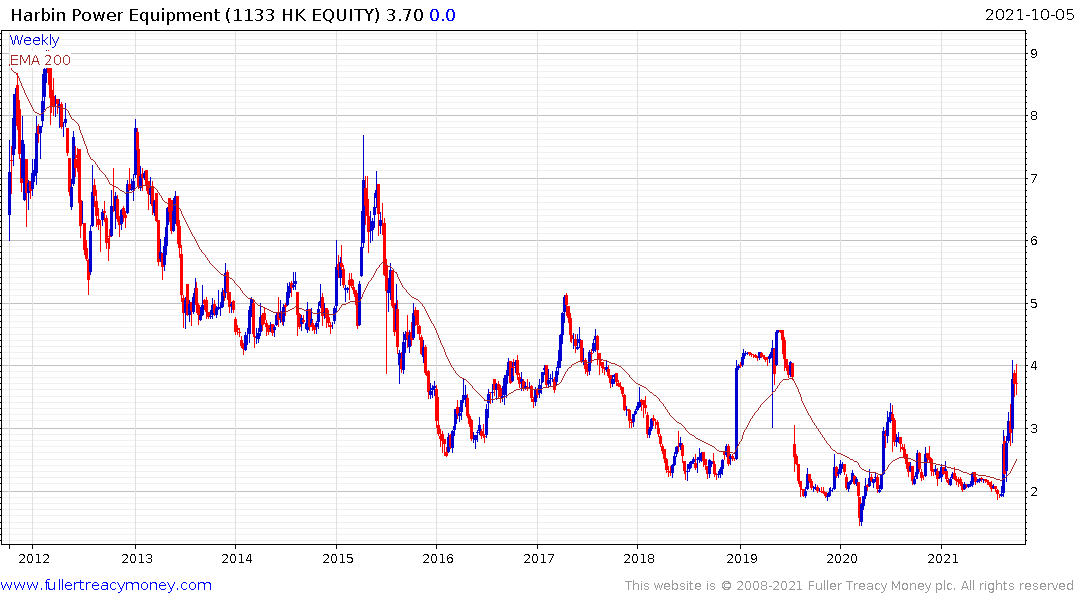 Mainland listed Guangdong Electric Power is on the cusp of breaking out while Hong Kong listed Hardin Power is testing the upper side of a five-year base formation. 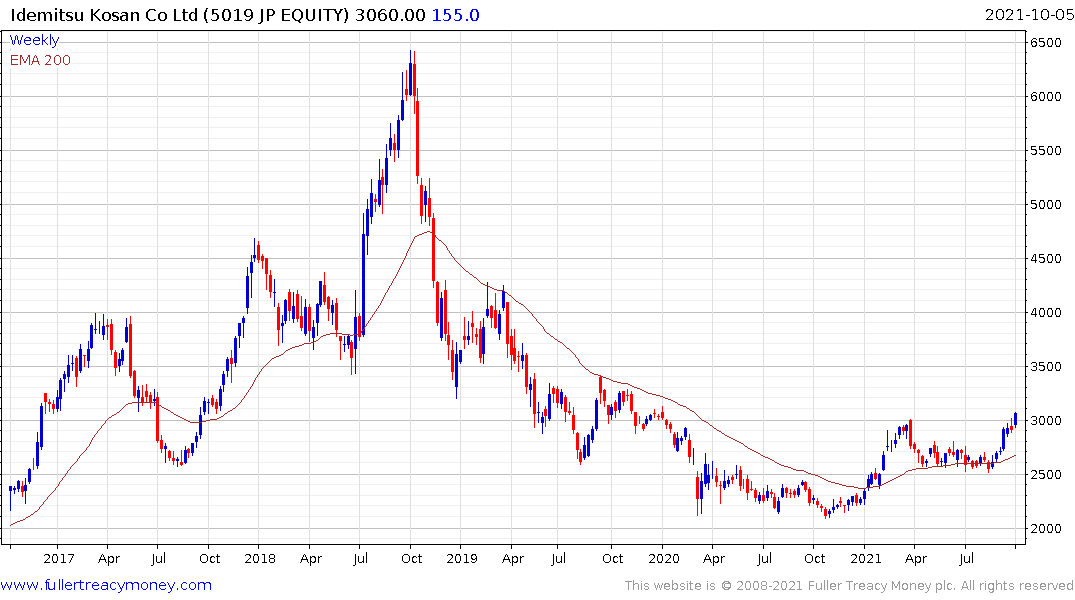 Japan’s Idemitsu Kosan broke out to a new recovery high today as it completes a first step above its Type-2 bottom.