Australia’s rapid rebound has been underpinned by its ability to limit Covid-19 outbreaks, boosting consumer and business confidence. A massive fiscal-monetary injection strengthened the financial position of households and firms during the lockdown, and consumers are spending and companies hiring.

“Australia is in rare company here -- only five other countries can boast an economy that’s larger now than before the pandemic,” said Kristian Kolding, a partner at Deloitte Access Economics. “Maintaining this trajectory is now the task at hand -- the lockdowns in Victoria are a stark reminder that the pandemic is far from over.”

Deloitte noted that on average, economies in the Organisation for Economic Cooperation and Development are 2.7% smaller than they were before the pandemic. The U.K. is almost 9% smaller, the European Union is 5% smaller and the U.S. has shrunk 1%, it said.

Yet a potential risk to the outlook is the sluggish rollout of a Covid vaccine. This has been magnified by a renewed outbreak of the virus in Melbourne that prompted a lockdown in the nation’s second-largest city, and has now been extended for another week.

Victoria is back in lockdown but the number of cases is comparative low and rest of the country is reasonably unaffected. Investors are taking the news in their stride. After more than a decade of liquidity infusions the reality remains liquidity beats most other factors most of the time. Central bankers also understand that logic and must feel vindicated in their actions. Every time there is a problem, they boost money supply and act to depress yields and the economy rebounds. They are unlikely to do anything different until that policy stops working. 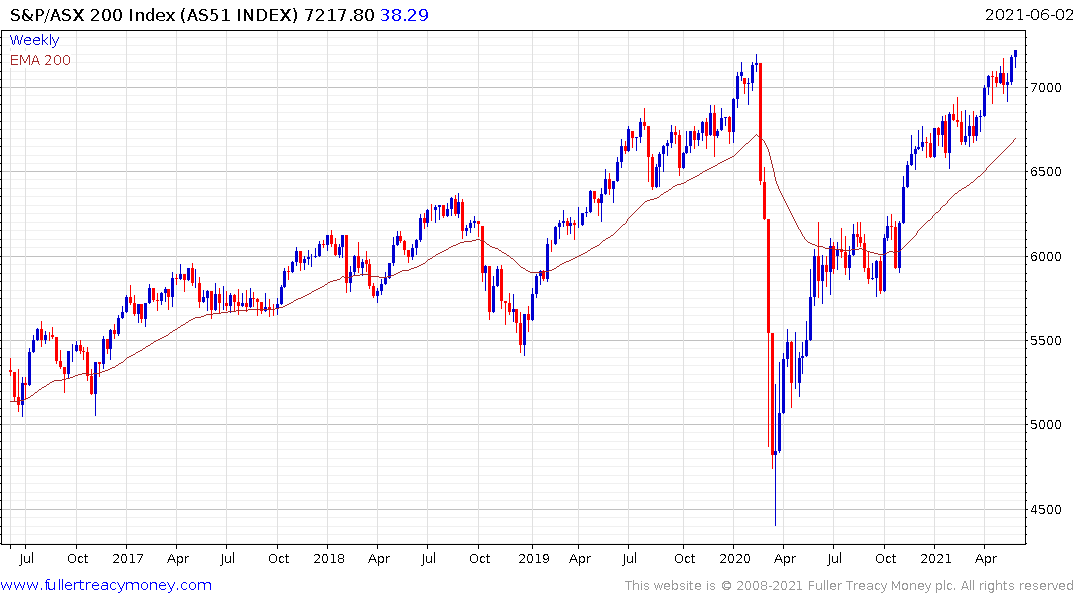 The S&P/ASX 200 broke out to new highs today. That mirrors the recovery from the coronavirus shock. This is another index which has not completely unwound the 2020 decline and is reasserting on the upside. If we look at the global picture, a large number of markets were on the cusp of breaking out at the end of 2019 and failed because of the pandemic shock. They are now back on the cusp of completing extraordinarily long ranges which in the ASX’s case is 14 years. 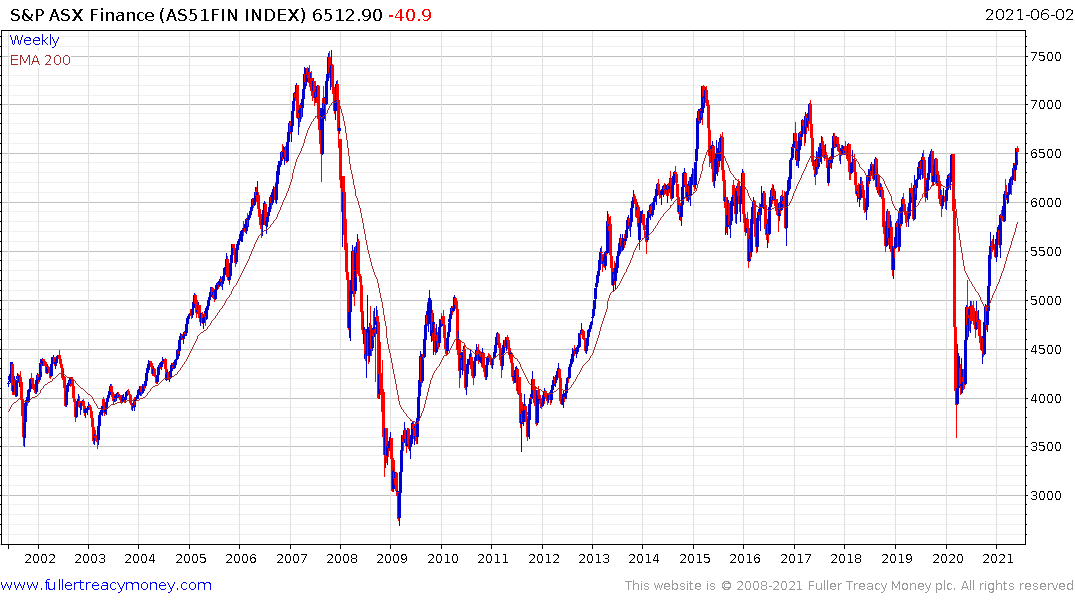 Australian financials have been the best performing sector year-to-date and cleared the 6500-point level for the first time in more than three years this week. 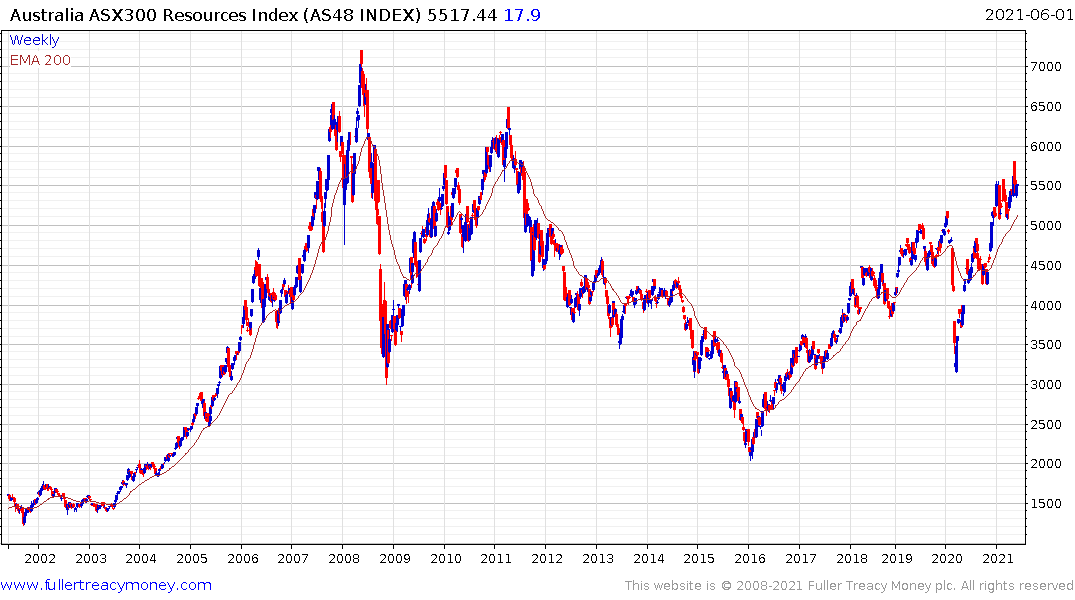 The resources sector has first step above the base characteristics. 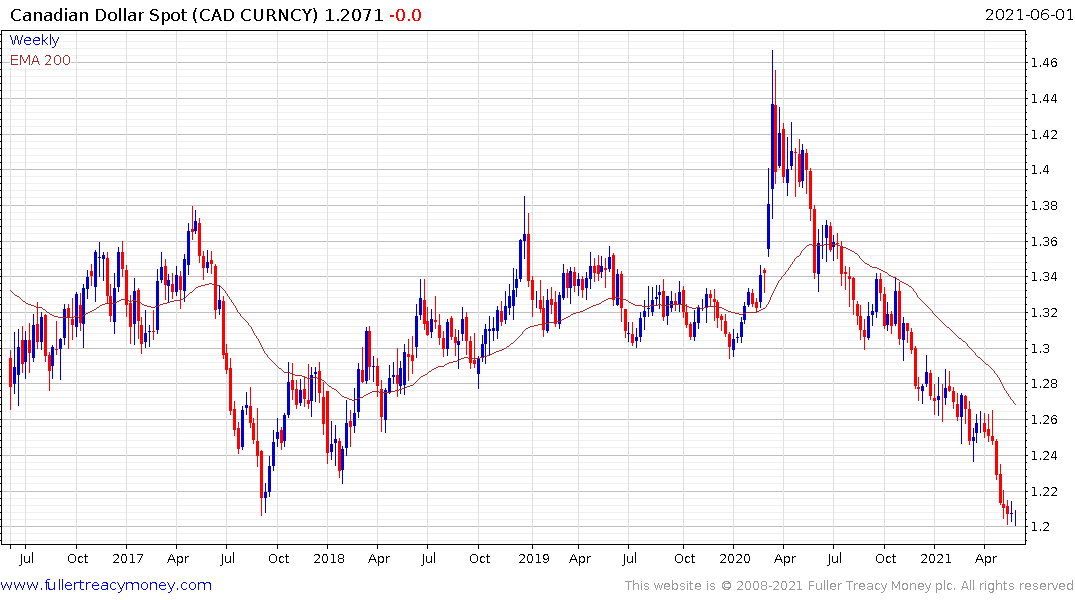 Canada is probably going to be the first country to taper its QE program and Australia may not be far behind. The Canadian Dollar remains in an uptrend and is currently testing the 2017 highs which marks the upper side of the six-year base formation. 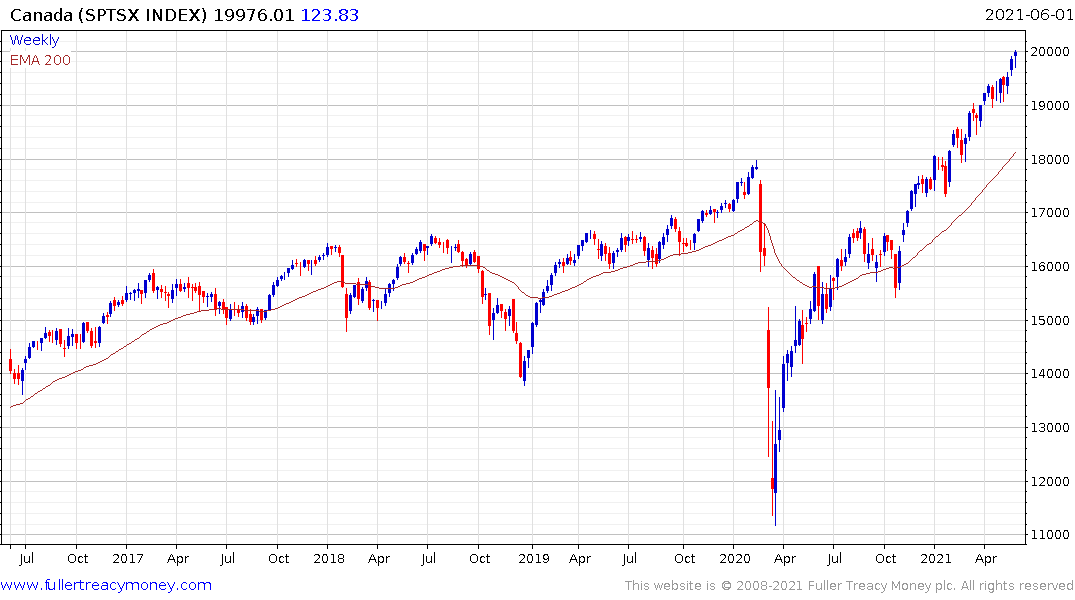 The S&P/TSX Index continues to power on to new highs even as it extends the short-term overbought condition. 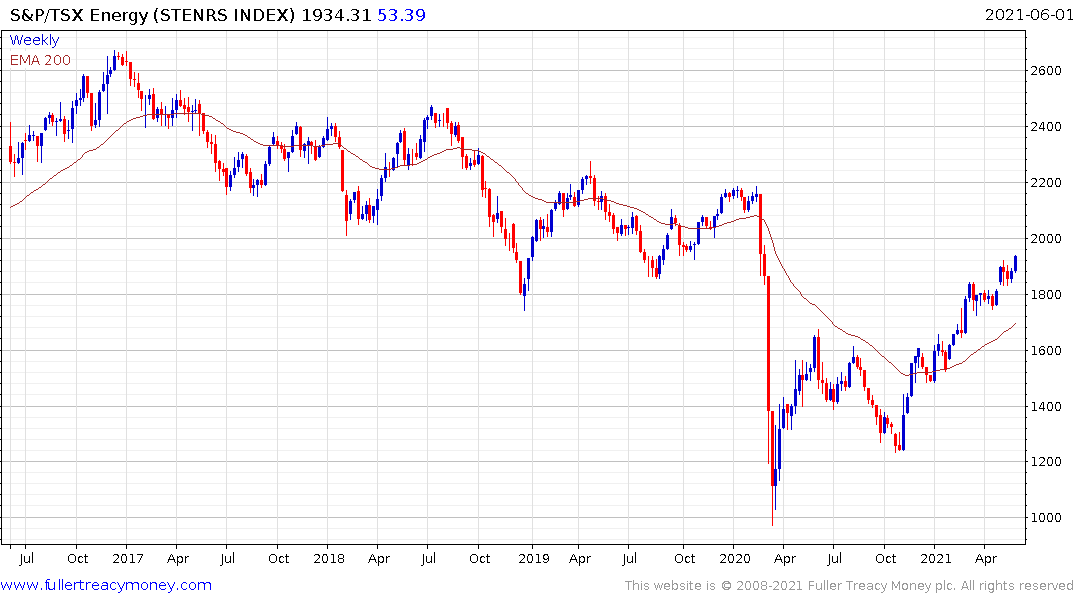 Canada’s Energy sector has been the best performer year-to-date and it has now almost fully unwound the pandemic decline. The 2000 level represents a potential area of potential resistance but a clear downward dynamic would be required to check momentum beyond a pause.