Today, Audi revealed that the 2018 production model will reach the 310-mile goal using a battery pack developed from high-performance cell modules from LG Chem and Samsung SDI. The companies will supply Audi from their European production plants.

"With our first battery-electric Audi-SUV, we are combining an emission-free drive system with driving pleasure," Hackenberg says. "We will optimally integrate the innovative cell modules developed with LG Chem and Samsung SDI into our vehicle architecture, thus achieving an attractive overall package of sportiness and range."

Tesla has raised the stakes by developing new uses for batteries while simultaneously introducing innovations in manufacturing. Other companies are racing to catch up. Tesla in a many respects a battery company that also makes cars while companies like Volkswagen, and its subsidiary Audi, will need to generate cost efficiencies in the manufacturing process if they are to be competitive with the expected release of Tesla’s SUV. 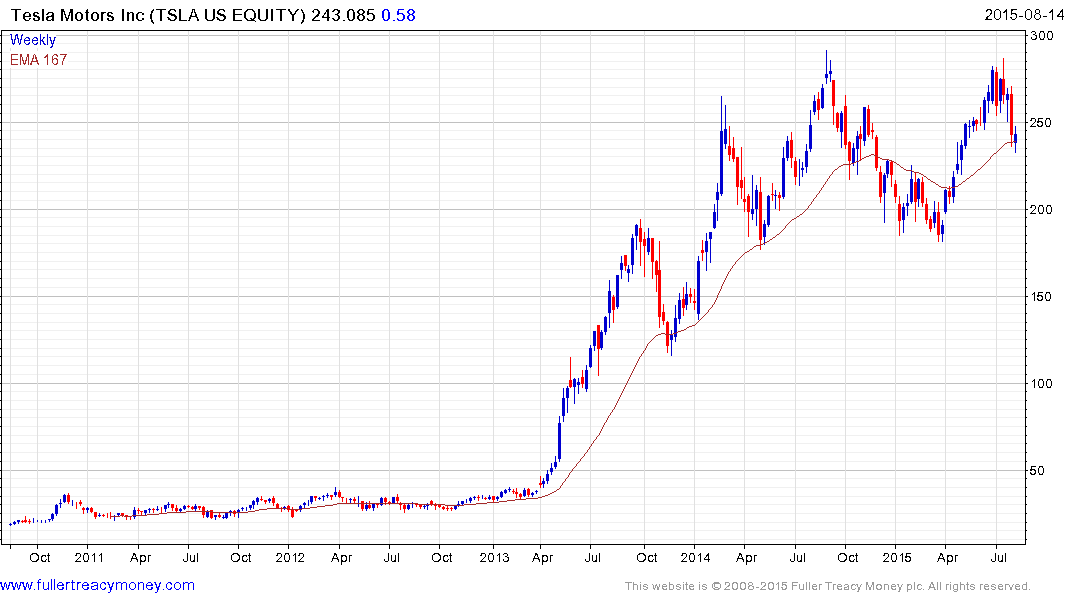 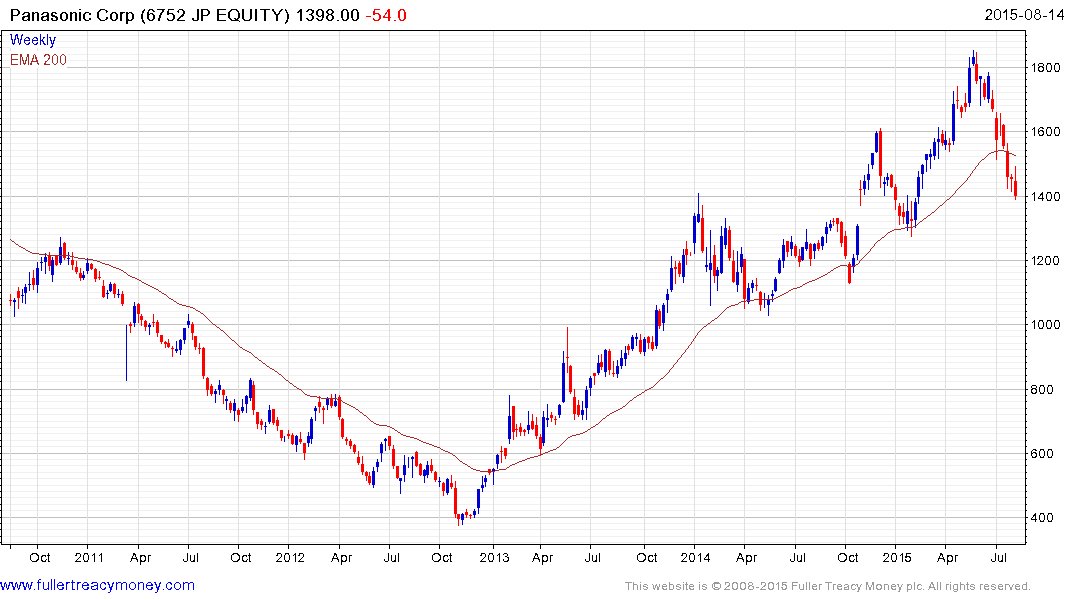 Panasonic, Tesla’s partner in battery manufacturing, dropped last week to break the medium-term progression of higher reaction lows. If the uptrend is to be given the benefit of the doubt it will need to find support soon. 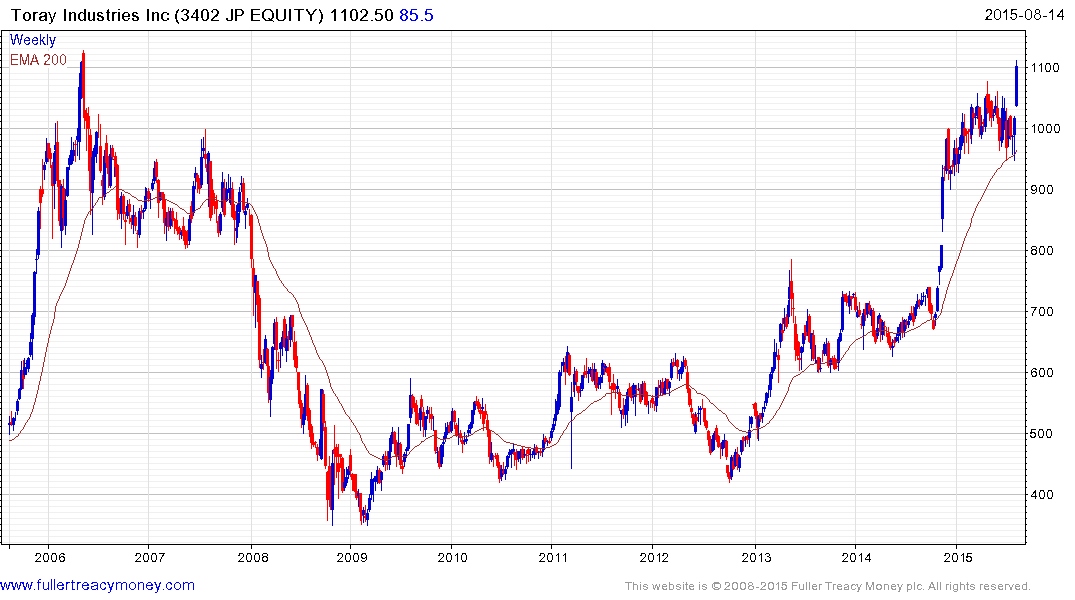 Toray Industries (Est P/E 19.92, DY 1.92%) is a major supplier to the automotive industry and has been growing its battery solutions unit.  The share is noteworthy for its relative performance within the sector. It broke out of an 8-month range this week to reaffirm the medium-term uptrend. 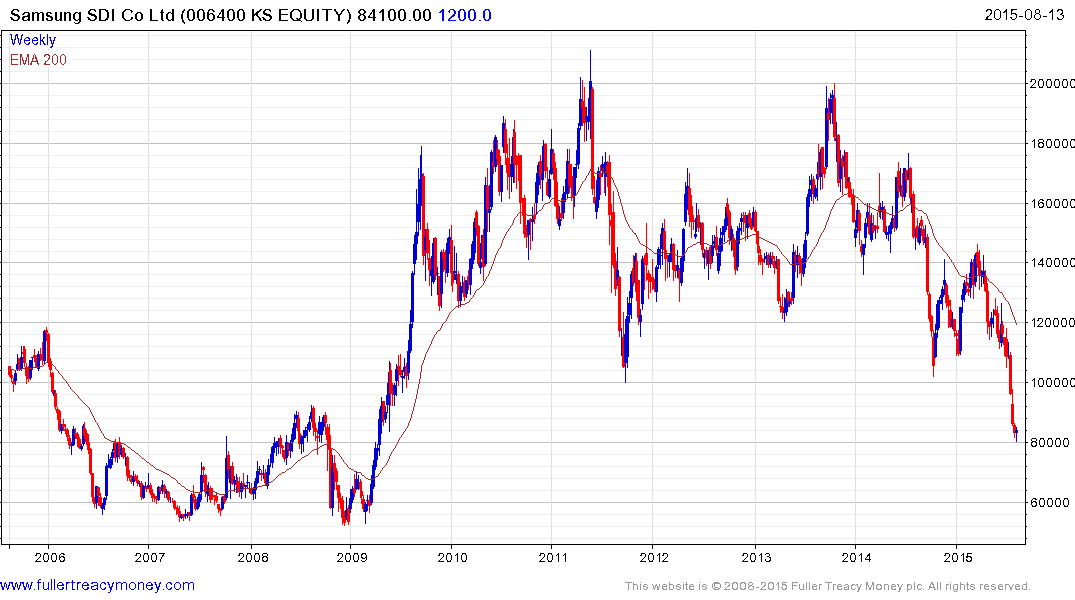 Samsung SDI (Est P/E 23, DY 1.17%) accelerated to this week’s low near KRW80,000. Potential for a reversionary rally has increased but a sustained move above the trend mean will be required to suggest a return to dominance beyond short-term steadying. 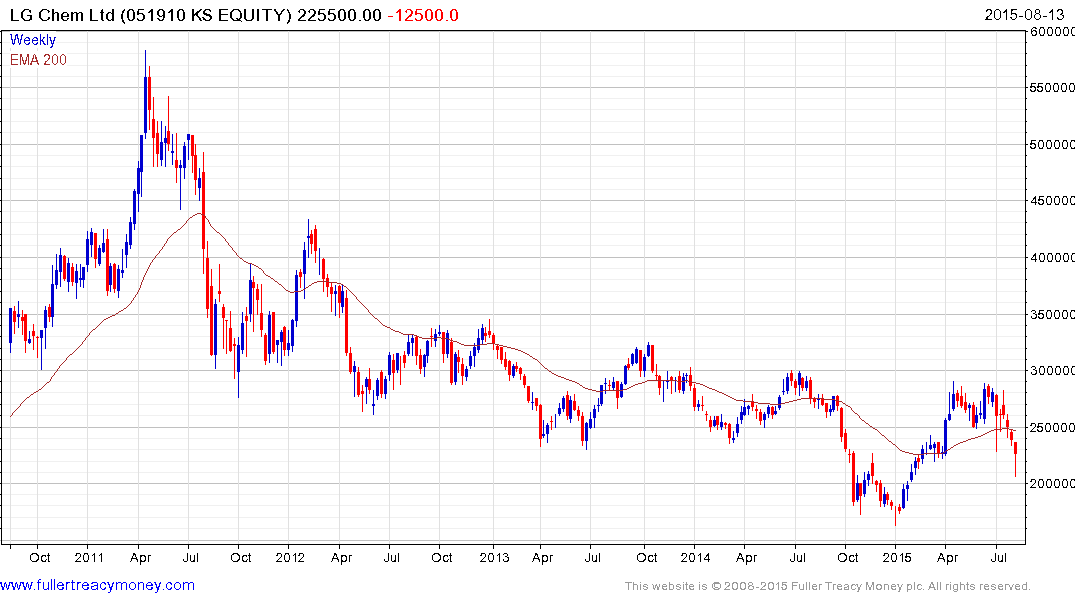 LG Chem (Est P/E 12.07, DY 1.77%) found at least near-term support this week in the region of KRW200,000. A sustained move below that level would be required to question current scope for additional higher to lateral ranging.

An Australian start up attempting to commercialise a solar powered car suggest the automotive sector is going to be an exciting space for the foreseeable future.