2017 at the Three Quarter Pole
Comment of the Day

2017 at the Three Quarter Pole by Eoin Treacy

There were a number of interesting points raised but I believe the most relevant for subscribers’ centre on what he said about shrinking the Fed’s balance sheet, the outlook for the Dollar, commodity markets, the relative attractiveness of emerging markets and his best guess for when to expect the next recession.

We have long discussed the fact that the rally off the lows in 2009 was initially driven by deep value and short covering but increasingly gave way to a liquidity fuelled expansion in asset prices. The correlations between the vector of the S&P500 and the size of the combined balances sheet of the Fed, ECB and BoJ is something I have talked about on a number of occasions over the last few years.

Gundlach considers shrinking the Fed’s balance sheet to be quantitative tightening. Over $420 billion of the Fed’s Treasury holdings mature in 2018 and about $350 in 2019. That represents a great deal of supply which needs to be refinanced so they are embarking on the balance sheet run-off to lessen the burden. However, that represents a withdrawal of liquidity from the market.

The Fed’s decision to reduce the size of its balance sheet passes responsibility for global liquidity provision over to the ECB and BoJ. Right now, the European economy is growing impressively so the big question is when will the ECB begin to taper? German CPI is 1.8% and the 10-year Bund yields 0.46%. According to Gundlach it is only a matter of time before that situation changes.

Two central banks engaging in quantitative tightening after a decade of quantitative easing would represent a major change in the dynamics of the market. Gundlach was at pains to highlight the fact that the macro gauges he watches do not signal a recession but was unhappy that they have such a short horizon for predictability. His hunch is that we see a recession in the latter half of 2018.

One of the things he watches closely are high yield spreads which tend to begin trending higher about six months ahead of a recession. With that in mind I have added the BarCap US Corp High Yield YTW (yield to worst) – 10 Year Treasury spread to the Library. 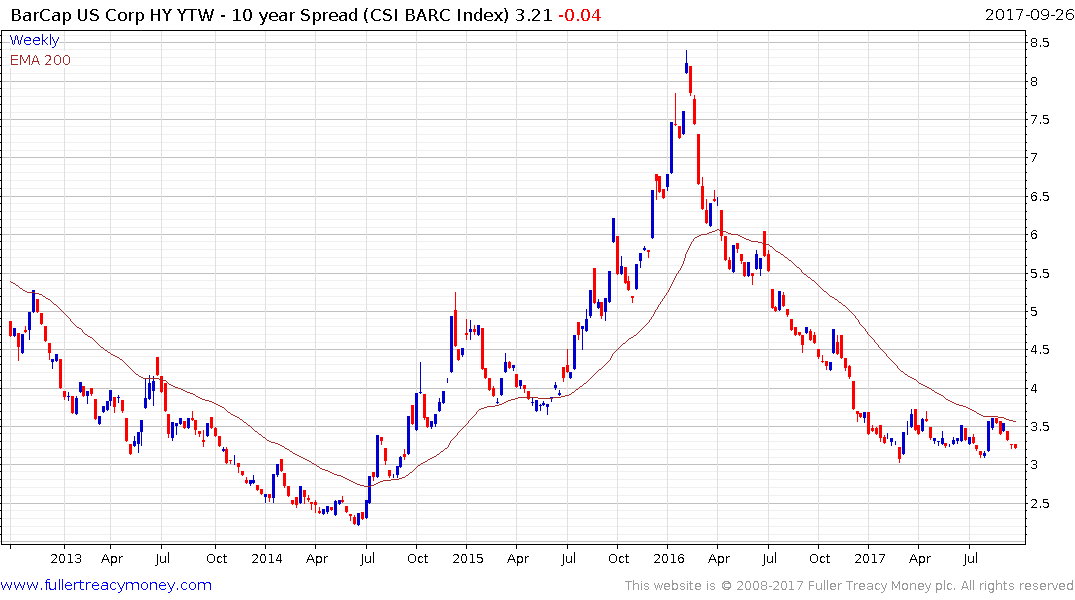 It has been ranging for most of this year but a sustained move above the trend mean would be required to signal more than temporary widening. 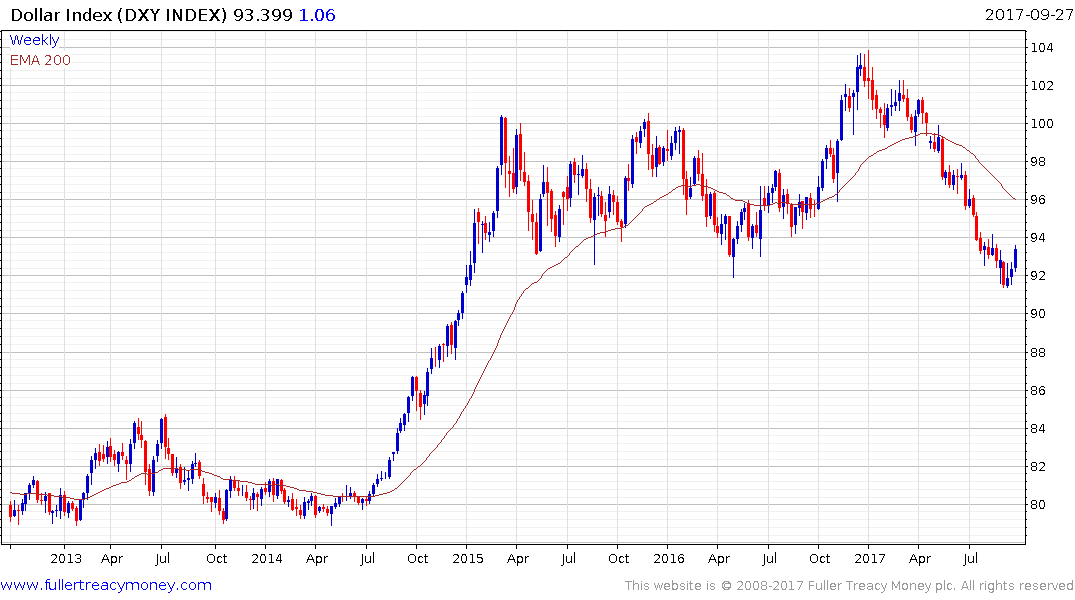 He also made the relevant point that the foreign exchange market is as much of a discounting mechanism as the stock market and generally prices in expectations out to two years. Therefore, it is two-year rates where one should look for how interest rates are likely to influence the Dollar. Right now, two-year yields are breaking out on greater expectations for a December rate hike and the Dollar is rallying from a deep oversold condition relative to the trend mean.

That is not particularly bullish for precious metals and they are likely to remain under pressure for as long as the Dollar is rallying. The big question then surrounds how much more the Fed will raise rates beyond the December hike. By her own admission Janet Yellen does not know why inflation is not higher and is raising rates anyway because of the maturity schedule on its bonds. There is a wide divergence between what the bond market believes and what the Fed believes is the likely trajectory for rates. Bond investors don’t think the Fed is going to hike in 2018. Gundlach believes Neel Kashkari is the most likely candidate to take over from Janet Yellen because Trump is likely to want the most dovish person possible in the position of Fed chair. 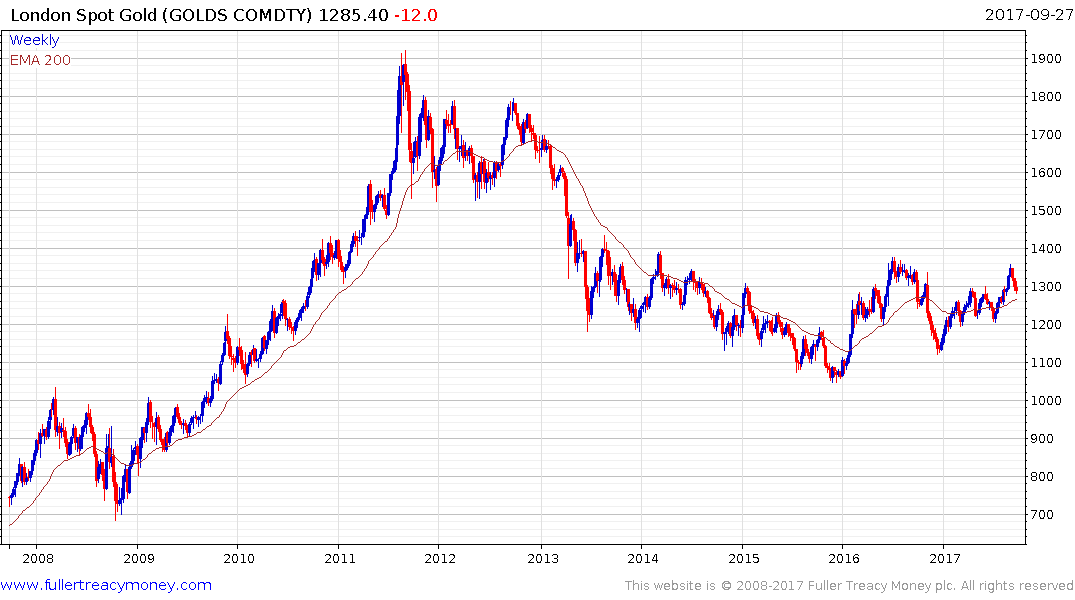 I believe Gundlach’s view could be summarised as the Fed is likely to be more dovish than it currently believes so the Dollar’s current rally will be confined to mean reversion; taking the Dollar Index up towards 96. After that he expects it to decline below 90 which should offer a significant tailwind to commodities. He mentioned that the ensuing bull market for commodities gold could rally by $1000 which is why I imagine DoubleLine has just started a commodity trading desk.

He was also roundly enthusiastic about emerging markets, with the exception of China, where he says the lack of transparency and absence of a recession in a quarter of a century make him wary. He also said that now is not an opportune time to buy because the Dollar is rallying. However, valuations are attractive, growth is attractive and long-term emerging markets should outperform. Gundlach shares our view that India is likely to outperform over the long term.