'Instead of Coronavirus, the Hunger Will Kill Us' A Global Food Crisis Looms
Comment of the Day

'Instead of Coronavirus, the Hunger Will Kill Us' A Global Food Crisis Looms by Eoin Treacy

The coronavirus has sometimes been called an equalizer because it has sickened both rich and poor, but when it comes to food, the commonality ends. It is poor people, including large segments of poorer nations, who are now going hungry and facing the prospect of starving.

​“The coronavirus has been anything but a great equalizer,” said Asha Jaffar, a volunteer who brought food to families in the Nairobi slum of Kibera after the fatal stampede. “It’s been the great revealer, pulling the curtain back on the class divide and exposing how deeply unequal this country is.”

Already, 135 million people had been facing acute food shortages, but now with the pandemic, 130 million more could go hungry in 2020, said Arif Husain, chief economist at the World Food Program, a United Nations agency. Altogether, an estimated 265 million people could be pushed to the brink of starvation by year’s end.

While the system of food distribution and retailing in rich nations is organized and automated, he said, systems in developing countries are “labor intensive,” making “these supply chains much more vulnerable to Covid-19 and social distancing regulations.”

Transportation networks have been severely impacted by the coronavirus lockdowns and that is having a significant knock-on effect for vulnerable communities all over the world. There is no shortage of food globally, but the uncertainty the lockdowns introduced have disrupted harvest and slaughter schedules. That is putting upward pressure on some commodities prices while depressing others. The international challenge will be in ensuring commodities get to where they are needed in time to protect the lives of people in the emerging markets. 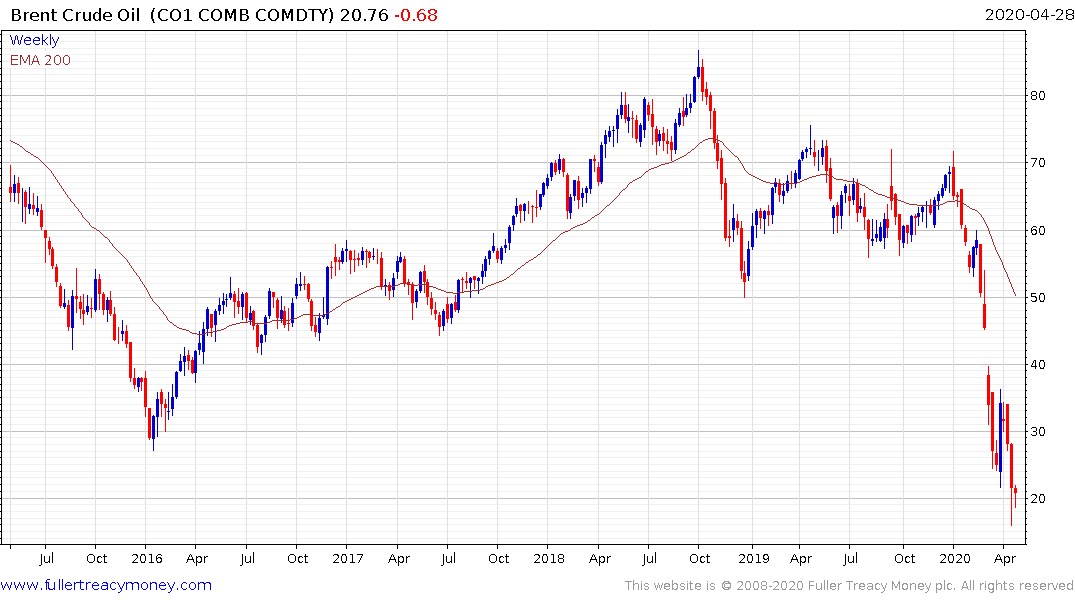 The collapse in oil prices appears to be coming to a close with the unwinding of the US Oil Fund’s large position in June futures. West Texas Intermediate held the psychological $10 area today suggesting at least a near-term low; amid a deep oversold condition. 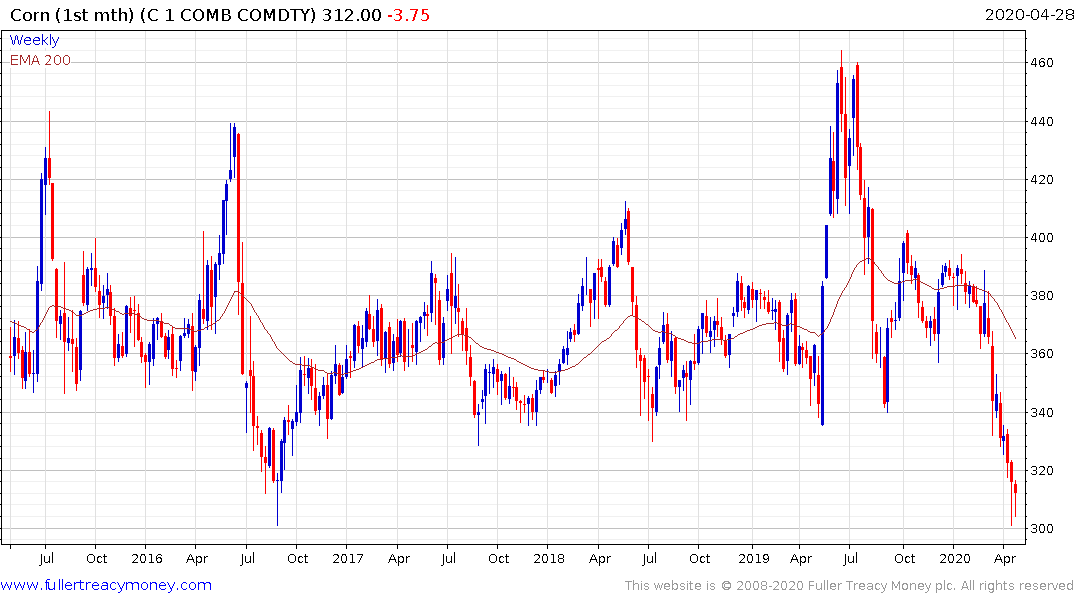 The decline in oil prices has taken a particularly heavily toll on corn prices because of the reliance on ethanol. The $3 area represented the upper side of the base formation until 20006 and has offered support since. A clear upward dynamic will be required to confirm that remains the case. 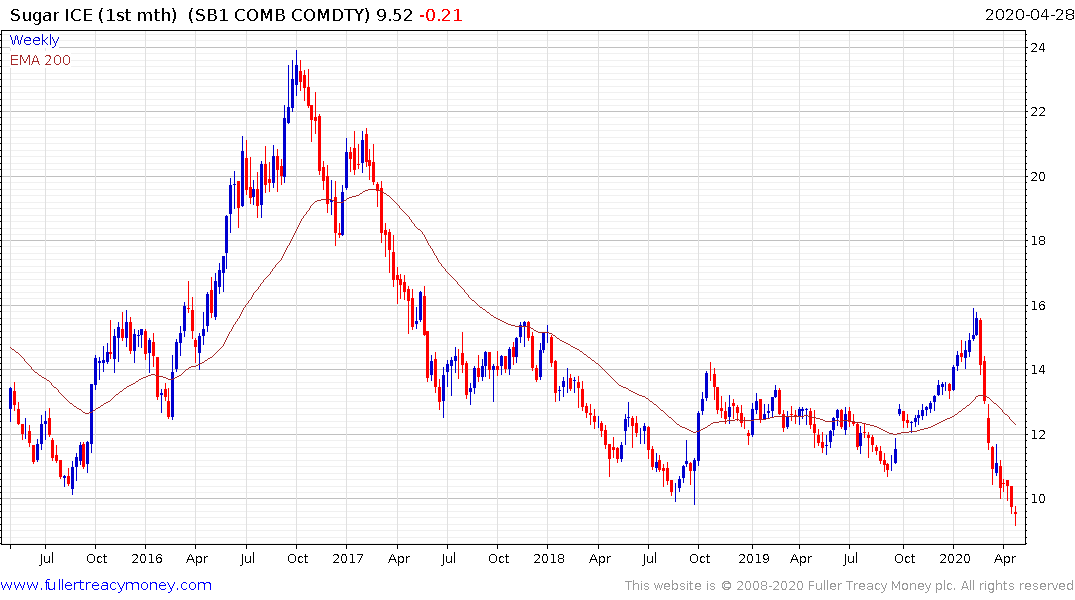 Sugar has also declined meaningfully for much the same reason. 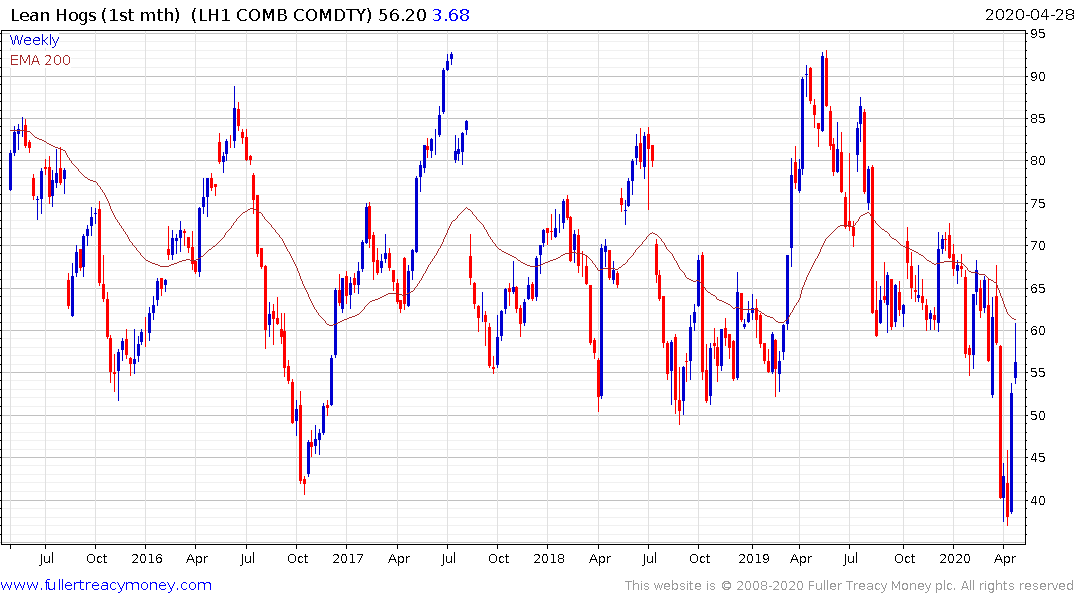 Slaughterhouses are likely to soon be designated essential businesses and that will ensure continued supply of both pork and beef. Nevertheless, there have been limit moves in both cattle and lean hog prices over the last month but with little to show in terms of confirmed base formation completion. 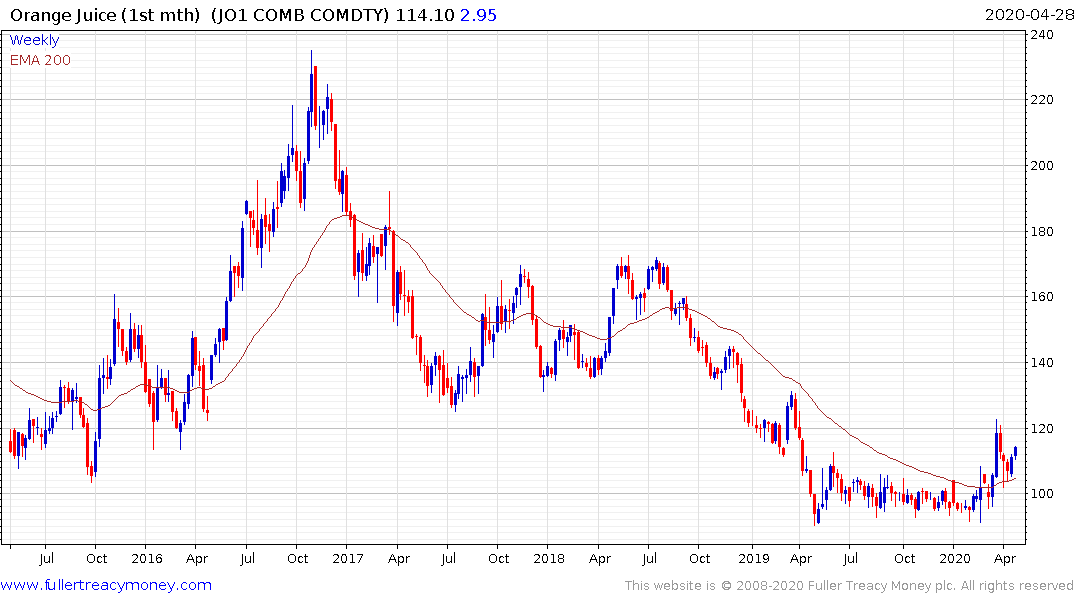 Meanwhile, demand for vitamin C is helping to boost orange juice which has firm step above the base characteristics. 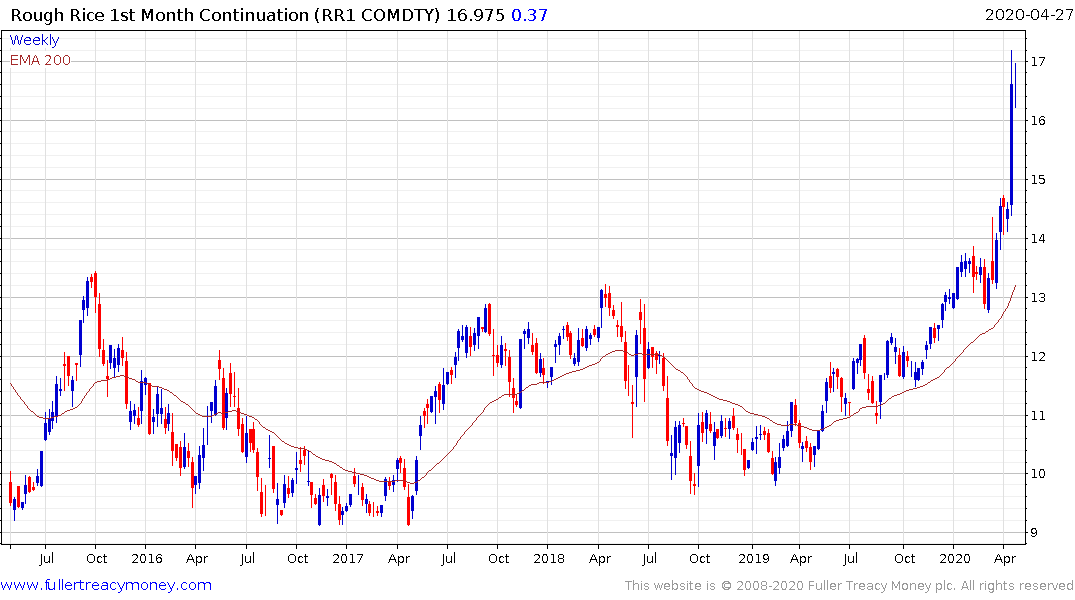 There is wide backwardation in rough rice at present which is supporting prices in the short term. The chart exhibits one of the better-defined uptrends among commodities.