Email of the day on uranium pricing
Comment of the Day

Email of the day on uranium pricing by Eoin Treacy

Your ticker UXA1 COMB Comdty has not refreshed for a few days. Could you please look into this? Thanks

Thank you for this question. Here is the response I received from Bloomberg because it was not updating on their system either.

Reliable uranium pricing data is difficult to find. The 4th month continuation contract traded two contracts in September so far. I’m not going to change the ticker to address this because it would mess with the back history. The original uranium price ticker from Metals Bulletin, which had history back to 1996, stopped updating in 2017. That’s when I introduced the futures traded price. No other measure is reliable or up to date either because it is an extremely illiquid market. 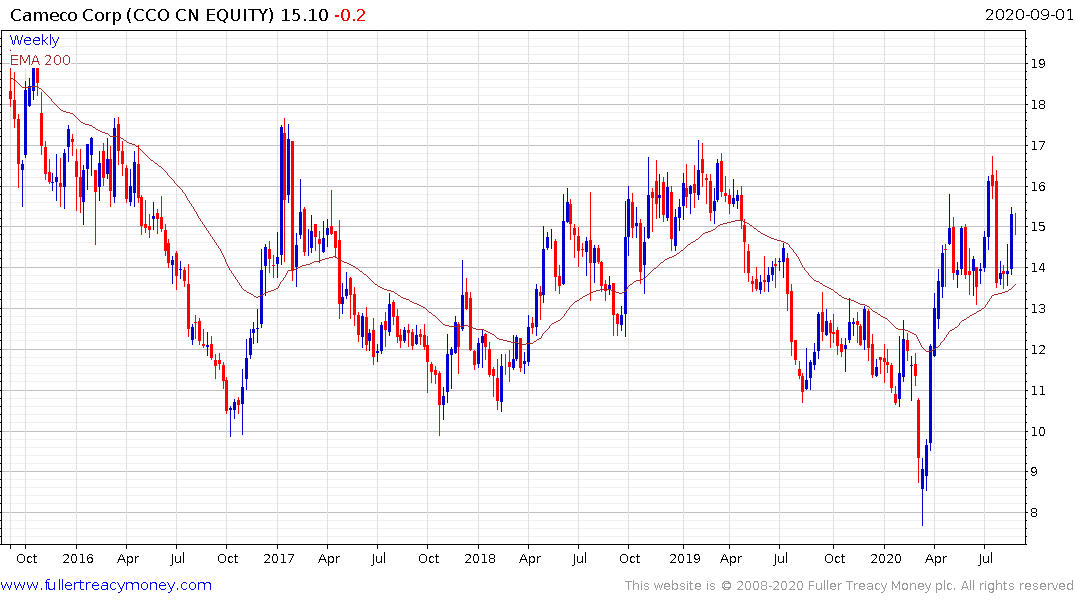 That’s also true of many of the uranium miners. Most are now penny stocks. Cameco, which is the sole mid-cap in the sector is back testing the upper side of the four-year base formation. A sustained move above C$17.50 will be required to confirm a return to medium-term demand dominance.

Here is a section from an article from the World Nuclear Association:

These are all considerations based on current power reactors, but moving to fourth-generation fast neutron reactors in the late 2020s changes the outlook dramatically, and means that not only used fuel from today’s reactors but also the large stockpiles of depleted uranium (from enrichment plants, about 1.5 million tonnes in 2015) become a fuel source. Uranium mining will become much less significant.

Another major change relates to wastes. In the last decade interest has grown in recovering all long-lived actinides* together (i.e. with plutonium) so as to recycle them in fast reactors so that they end up as short-lived fission products. This policy is driven by two factors: reducing the long-term radioactivity in high-level wastes, and reducing the possibility of plutonium being diverted from civil use – thereby increasing proliferation resistance of the fuel cycle.

Perhaps, the biggest positive for the sector is it is not a fossil fuel. Investors are positioning for a green new deal and some hope that will include a nuclear component. There is even scope for some supply inelasticity as Russian stockpiles of old nuclear weapons are rundown. That is probably the reason we have seen some positive action in the sector of late. 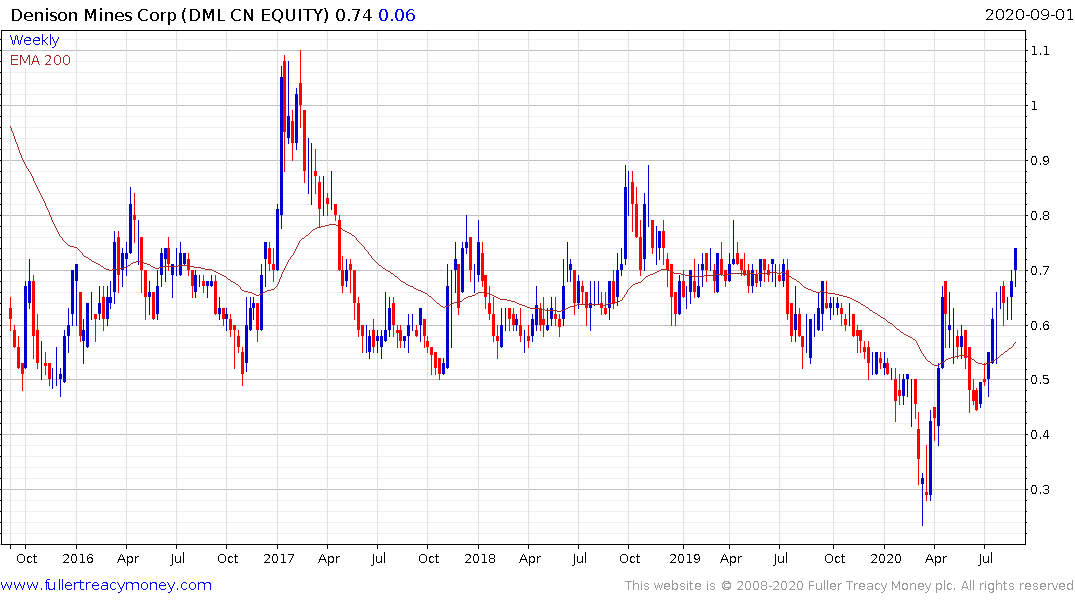 Denison Mines broke out to new 12-month highs this week and has rebounded impressively from the failed break below C$0.50 in March. A sustained move back above $1 would confirm a return to medium-term demand dominance. 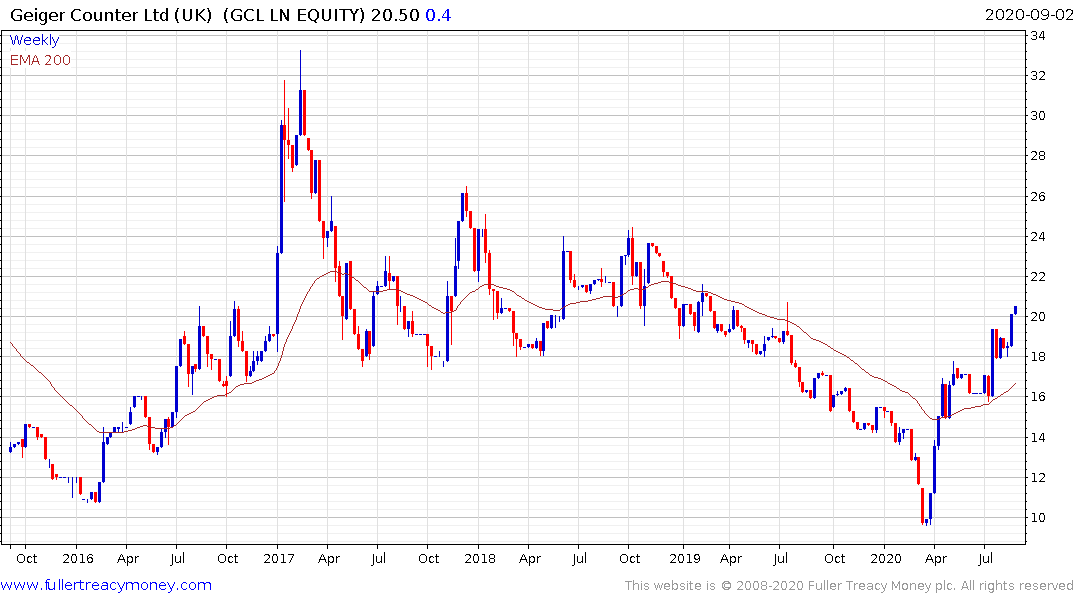 Geiger Counter, the UK listed investment trust, is trading at a premium of 7% It spent a few months consolidating in the region of the trend mean and broke out in July. 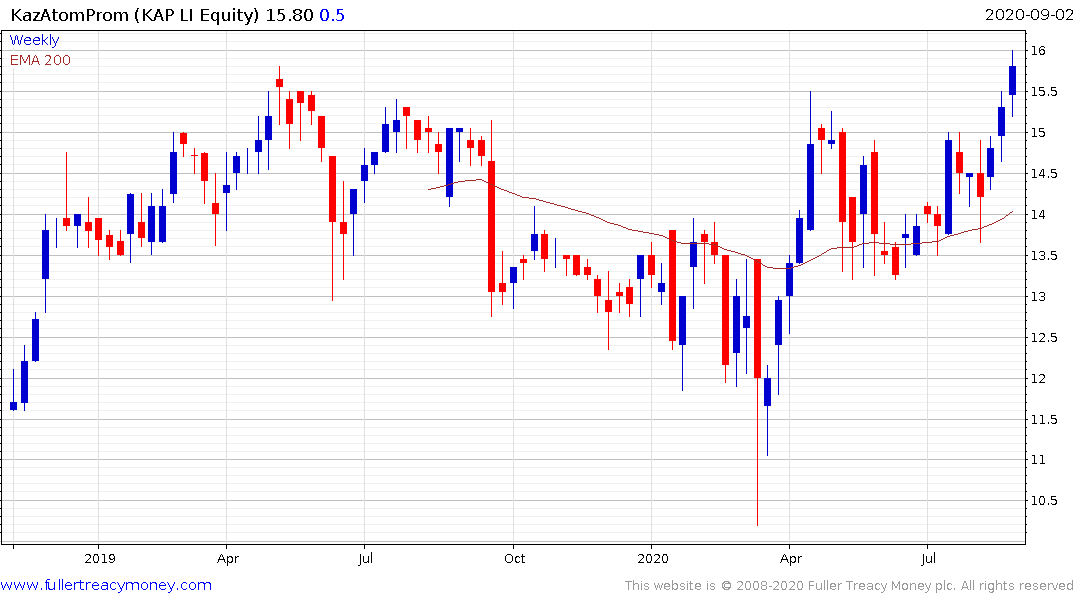 KazAtomProm hit a new high today but some consolidation in this area appears likely in order to unwind the short-term overbought condition. 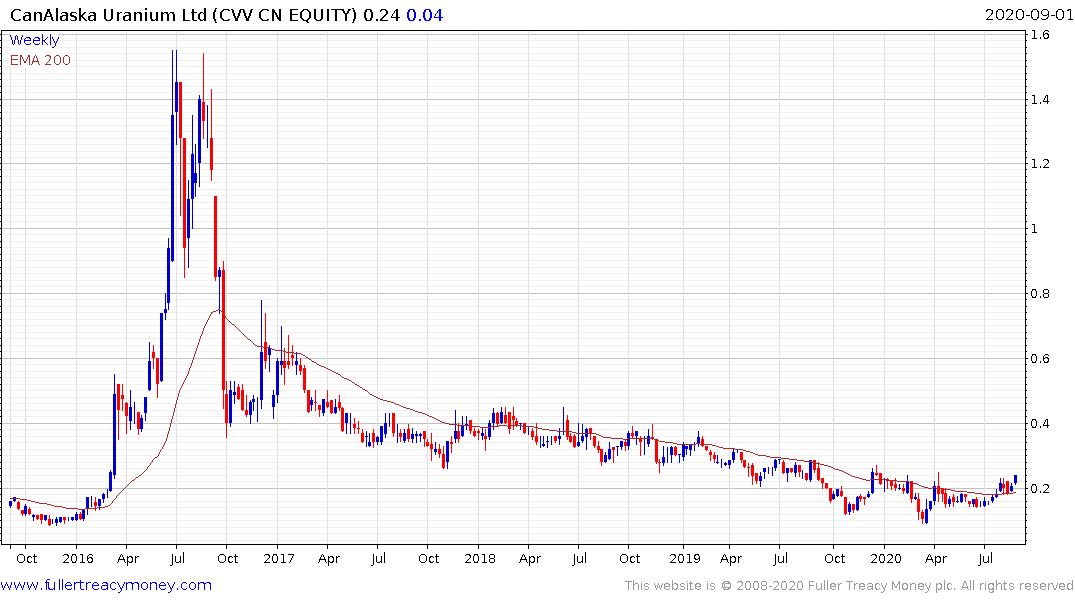 CanAlaska Uranium rallied this week to break a three-year downtrend. 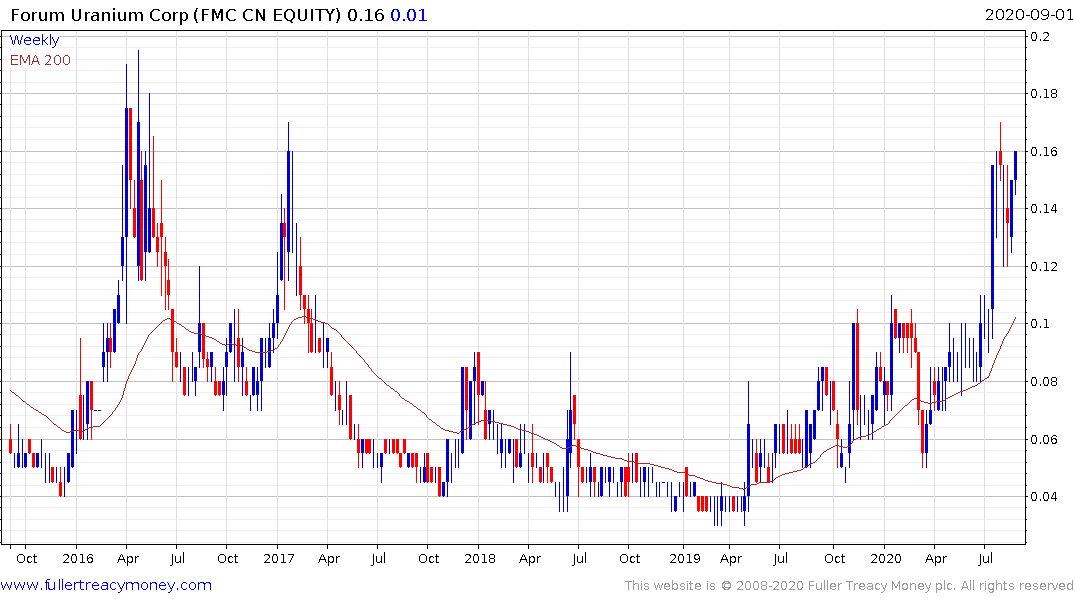 Forum Uranium is a microcap but it has first step above the base characteristics. 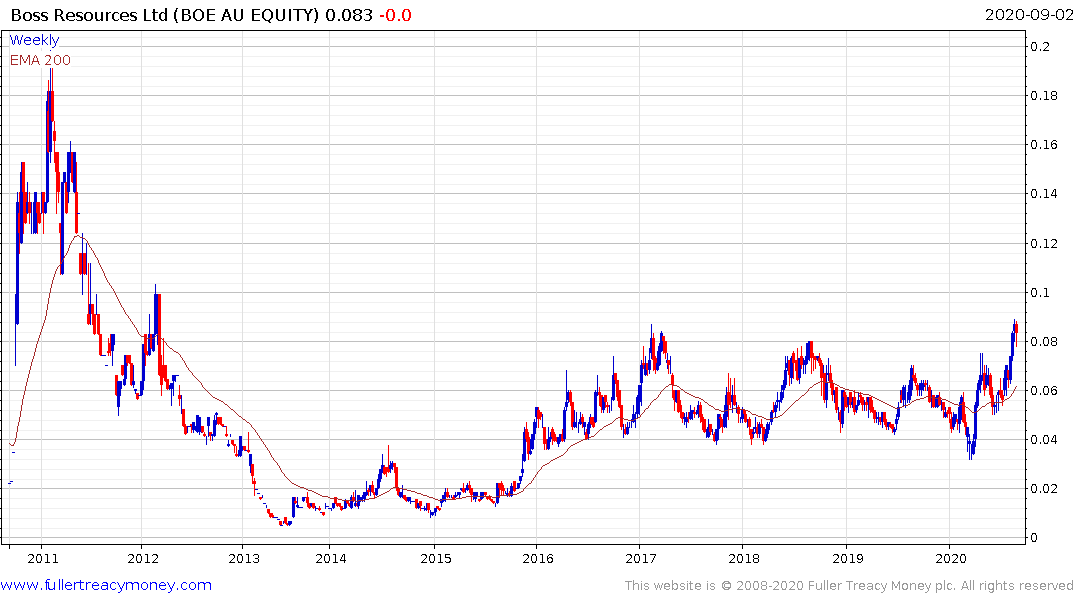