What is the Significance of the Bitcoin Block Halving?
Comment of the Day

What is the Significance of the Bitcoin Block Halving? by Eoin Treacy

In normal markets, lower supply with steady demand usually leads to higher prices. Since the halving reduces the supply of new bitcoins, and demand usually remains steady, the halving has usually preceded some of Bitcoin's largest runs.

In the image below, the vertical green lines indicate the previous two halvings (2012-11-28 and 2016-7-9). Note how the price has jumped significantly after each halving.

The bitcoin halvening is estimated for May 10th. In a market where supply inelasticity has been making headlines in a number of asset classes, the doubling of the work load to produce one bitcoin represents a noteworthy event.

Bitcoin is still by far the largest cryptocurrency market. It continues to enjoy first mover advantage as well as its status as the basis used to buy other alt-coins. It’s network, meanwhile, has some significant disadvantages which suggest it is unlikely to reach full commercial reality before newer upstarts like Ethereum or IOTA. 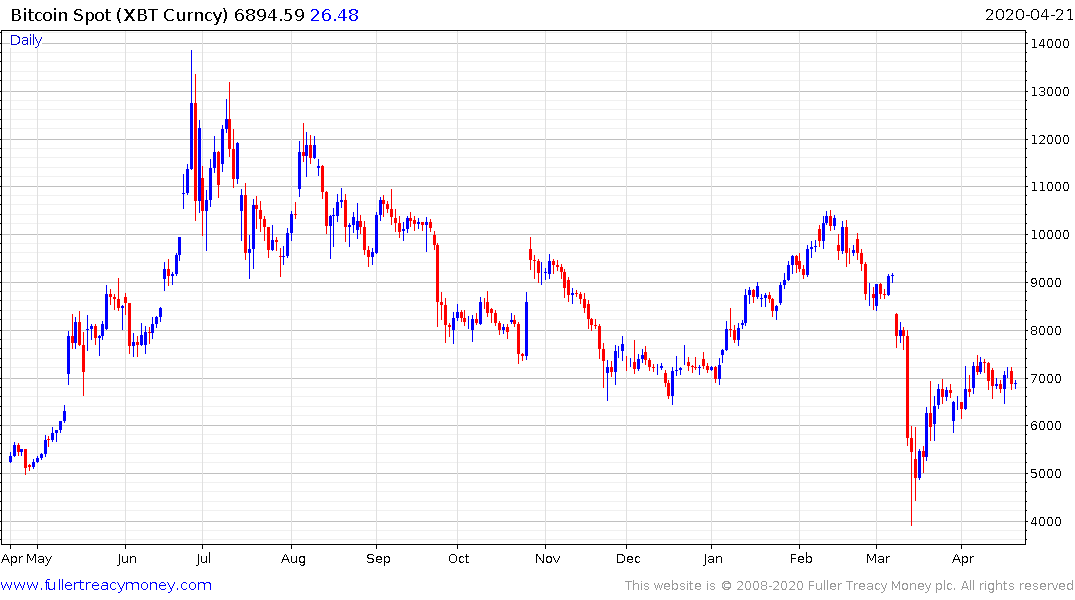 Bitcoin has been confined to a tight range for much of the last month and a sustained move below $6000 would be required to question potential for additional upside. 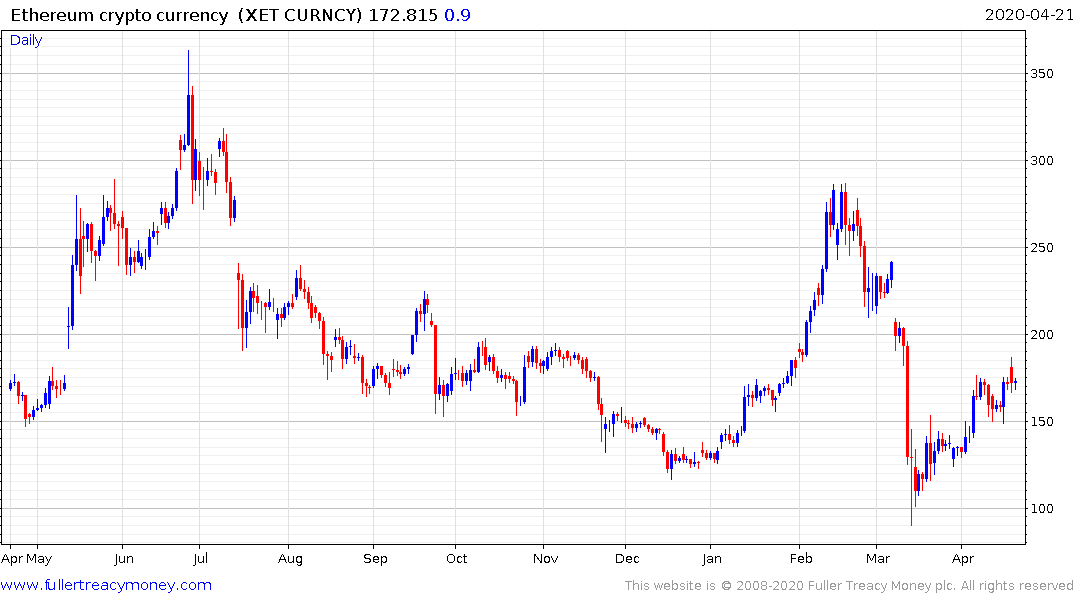 Ethereum continues to rebound from its March lows.

IOTA’s rebound from the March collapse has been less impressive and it remains in a medium-term downtrend overall.