The strong report comes one year after longtime leader Howard Schultz retired from the chairman’s job and left the company, putting decision-making squarely in the hands of Chief Executive Officer Kevin Johnson, who’d been in the post for about a year at that point. Johnson got right to work, bringing life back to an aging brand that had started to lose its cachet among the hipper, smaller chains sprouting up in its shadow.

His playbook included closing underperforming locations in densely penetrated U.S. markets, turning over some foreign regions to licensees and revamping the chain’s loyalty program. He has also expanded food offerings to compete with trendy salad shops and found ways to launch the new drinks that Gen Z and millennial customers want, like Nitro cold brew and high-protein offerings, in as little as 100 days. In the past that may have taken up to 18 months.

The strong performance of Starbucks, McDonalds and Beyond Meat highlight the fact that small changes to menus which gel with consumer demand can have an outsized impact on results as customers re-engage with the brand. Whether that is protein-infuse drinks at Starbucks, better breakfasts at McDonalds or vegetarian offerings at fast food restaurants, these new product offerings have revitalised interest and highlight the strong cashflows of consumer- oriented companies.

The low interest rate environment and compression in yields, globally, represents an additional reason to favour cashflow reliability over the more speculative ventures. That is the common thread that links the outperformance of the consumer-oriented global Autonomies with the technology, cybersecurity, social media and consumer electronic companies that were once highly cyclical but now look like defensives because of the adoption of the subscription business model. 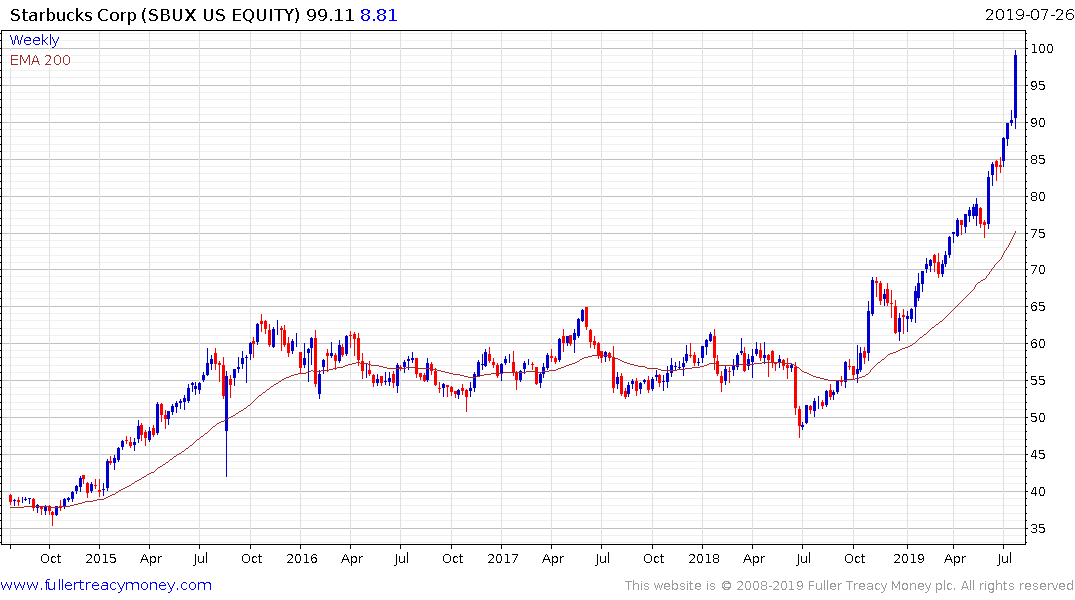 Starbucks is accelerating higher so the first clear downward dynamic will probably mark a peak of at least near-term significance. 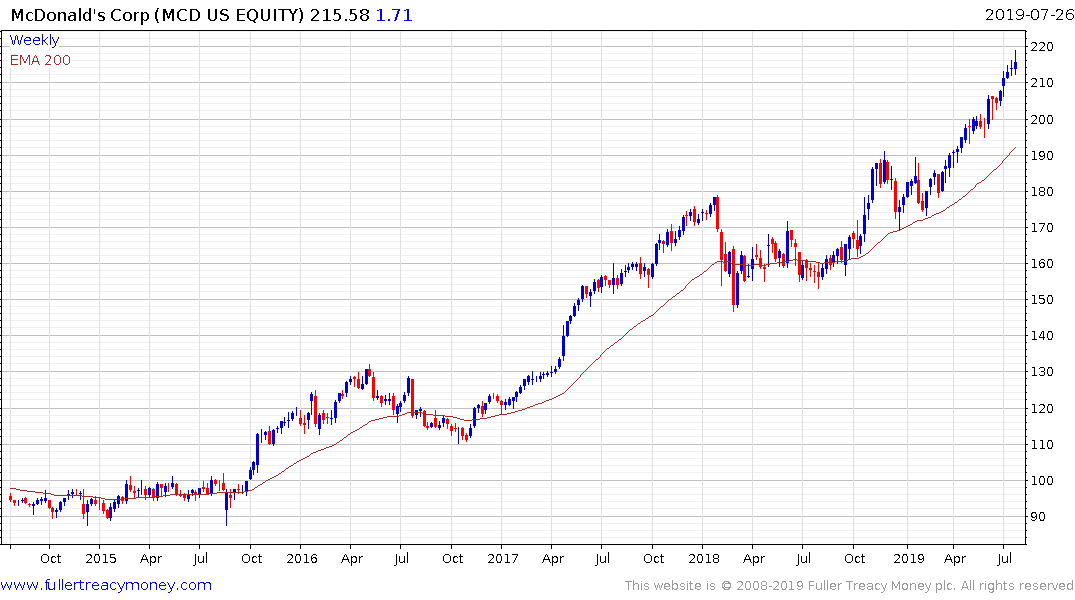 McDonalds has been trending higher in a reasonably consistent manner but is also susceptible to some consolidation. 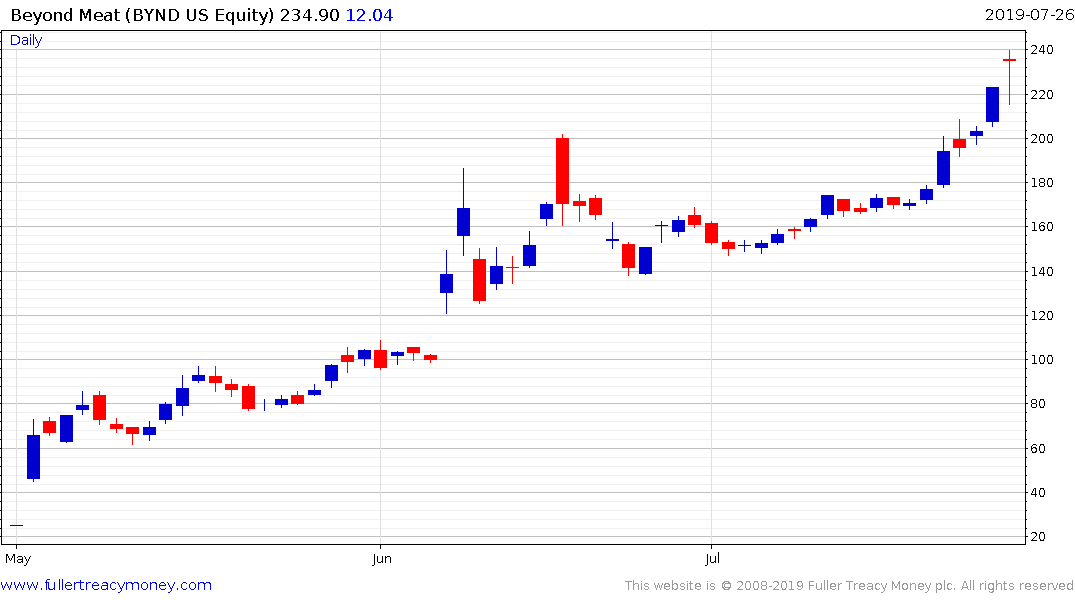 Beyond Meat’s first earnings announcement will be after the close on Monday. A lot of good news has been priced in and it is now one of the most shorted shares in the market. It will need to surprise on the upside with its earnings if the trend is to persist in the short term.