That will happen at the same time that there will be greater internal conflicts (mostly between socialists and capitalists) about how to divide the pie and greater external conflicts (mostly between countries about how to divide both the global economic pie and global influence). In such a world, storing one’s money in cash and bonds will no longer be safe. Bonds are a claim on money and governments are likely to continue printing money to pay their debts with devalued money. That’s the easiest and least controversial way to reduce the debt burdens and without raising taxes. My guess is that bonds will provide bad real and nominal returns for those who hold them, but not lead to significant price declines and higher interest rates because I think that it is most likely that central banks will buy more of them to hold interest rates down and keep prices up. In other words, I suspect that the new paradigm will be characterized by large debt monetizations that will be most similar to those that occurred in the 1940s war years.

So, the big question worth pondering at this time is which investments will perform well in a reflationary environment accompanied by large liabilities coming due and with significant internal conflict between capitalists and socialists, as well as external conflicts. It is also a good time to ask what will be the next-best currency or storehold of wealth to have when most reserve currency central bankers want to devalue their currencies in a fiat currency system.

Most people now believe the best “risky investments” will continue to be equity and equity-like investments, such as leveraged private equity, leveraged real estate, and venture capital, and this is especially true when central banks are reflating. As a result, the world is leveraged long, holding assets that have low real and nominal expected returns that are also providing historically low returns relative to cash returns (because of the enormous amount of money that has been pumped into the hands of investors by central banks and because of other economic forces that are making companies flush with cash). I think these are unlikely to be good real returning investments and that those that will most likely do best will be those that do well when the value of money is being depreciated and domestic and international conflicts are significant, such as gold. Additionally, for reasons I will explain in the near future, most investors are underweighted in such assets, meaning that if they just wanted to have a better balanced portfolio to reduce risk, they would have more of this sort of asset. For this reason, I believe that it would be both risk-reducing and return-enhancing to consider adding gold to one’s portfolio. I will soon send out an explanation of why I believe that gold is an effective portfolio diversifier.

Delayed gratification is not exactly popular. The world runs instead on a “what have you done for me lately” mentality. Nobody understands that better than politicians. When it comes to elections, they get very good at making promises and the only ones that ever seem to get fulfilled are commitments to spend more. Sure, there are occasionally efforts to rein in spending, but they never tend to last that long. That has been particularly true of more developed countries where poor demographics highlight the issue of unfunded liabilities in stark terms.

The only answer that has any hope of passing a popular vote is additional spending and currency devaluation. That latter point has a real chance of becoming a competitive process as more countries reach the same conclusion. It certainly makes sense to invest in the bonds of creditor nations but the broader hedge is to own assets which are no one else’s liability. Gold is the classic answer, so are oil, cryptocurrencies and property. 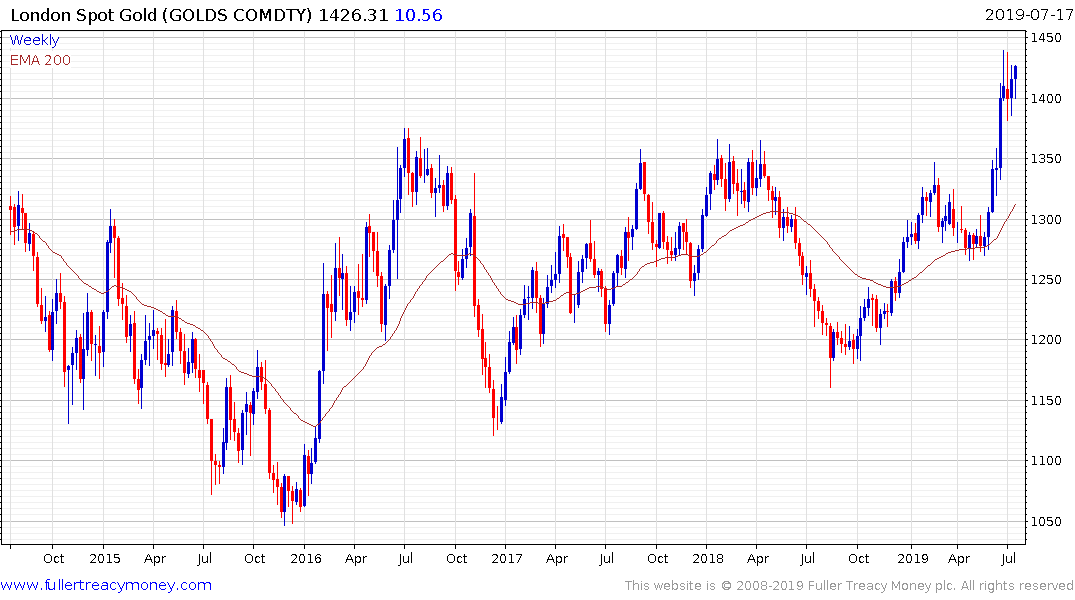 Gold continues to firm within its range when denominated in Dollars. This pause has first step above the base characteristics. A clear and sustained move below $1350 would be required to begin to question the new bull market hypothesis. 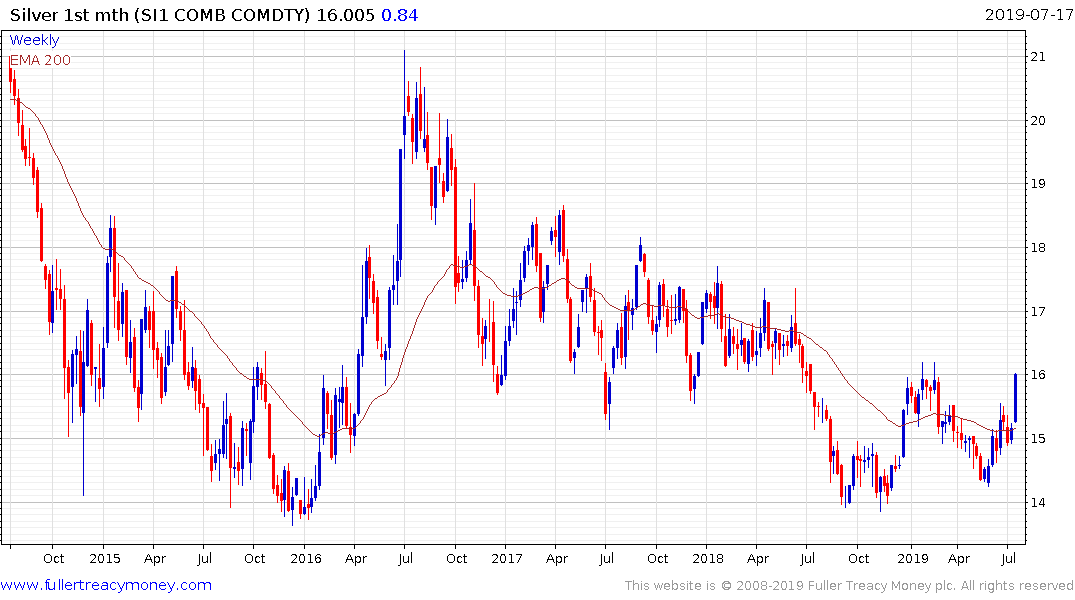 Silver has been in need of a catalyst to attract attention to its historical discount to the yellow metal. It began to play catch up this week and has now broken its three-year sequence of lower rally highs. 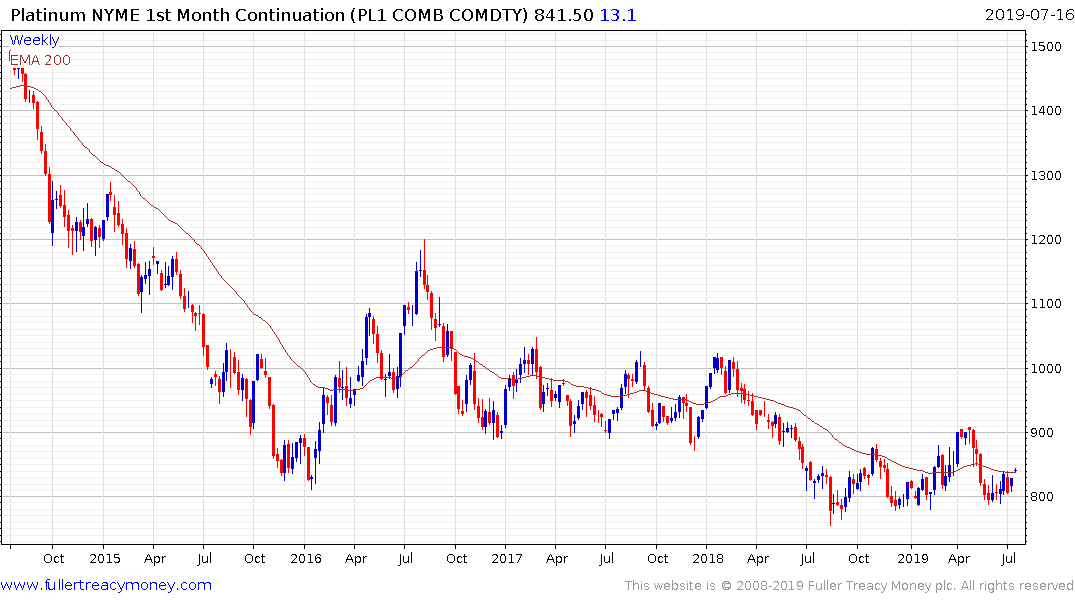 Platinum is firming from the lower side of a more than yearlong range and is at an even more exaggerated relative discount to both gold and palladium. 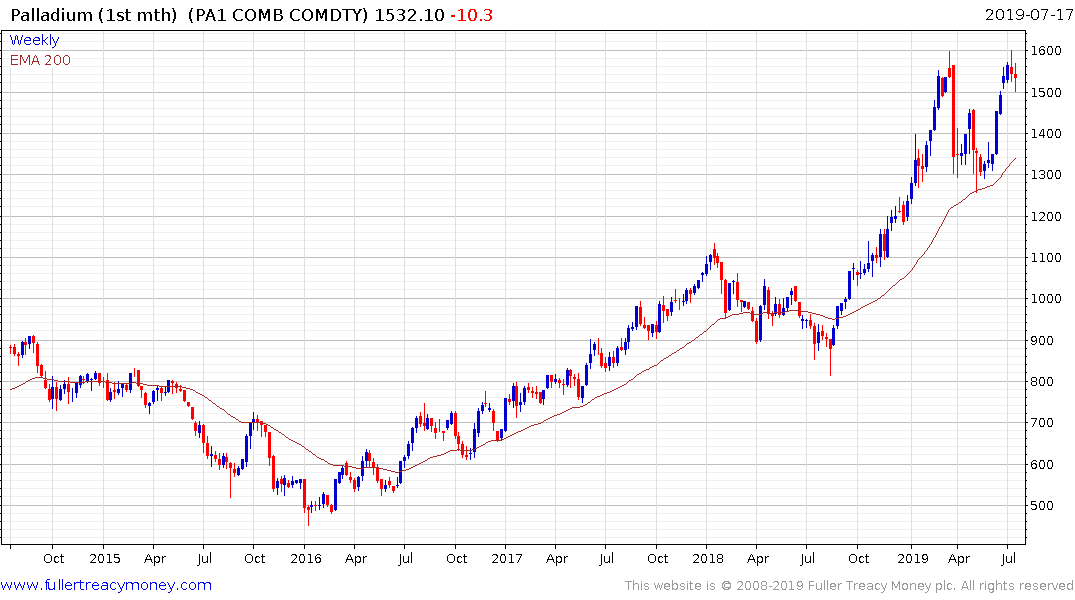 Palladium is pausing in the region of the March peak but a sustained move below the trend mean would be required to question the consistency of the overall trend.