The fact that foreign money managers are delving into Canadian municipal bonds -- which account for just 1% of trading in the country’s C$2 trillion public sector fixed-income market -- is a testament to how hungry they’ve become for high quality, higher-paying assets in a world where at least $13.8 trillion of debt is now in negative-yield territory. Throw in the fact Canada has given little indication it will follow the global move toward easier monetary policy, and the market is fast becoming a magnet for sophisticated investors seeking to boost returns.

“If you’re sitting in the Middle East, Asia or Europe and you’ve got all this negative yielding debt, it makes a lot of sense to look for the hidden gems such as these excellent quality municipals,” said Avi Hooper, a portfolio manager at Invesco, which has $1.2 trillion under management, including bonds issued by the city of Montreal. “One has always to be careful with the liquidity of course. Big institutional investors are not going to get involved with $50 million deals.”

The paradox of the bond markets is the biggest debtors tend to have the most liquid bonds. Better credits don’t tend to borrow as much and therefore tend to have less liquid issues. Ahead of the credit crisis companies like General Motors and Hypovereinsbank had their own yield curves because they had outstanding debt at every maturity that was highly liquid. At the time no one seemed to pay much attention to the fact that they had so much debt it represented a threat to repayment of principal. 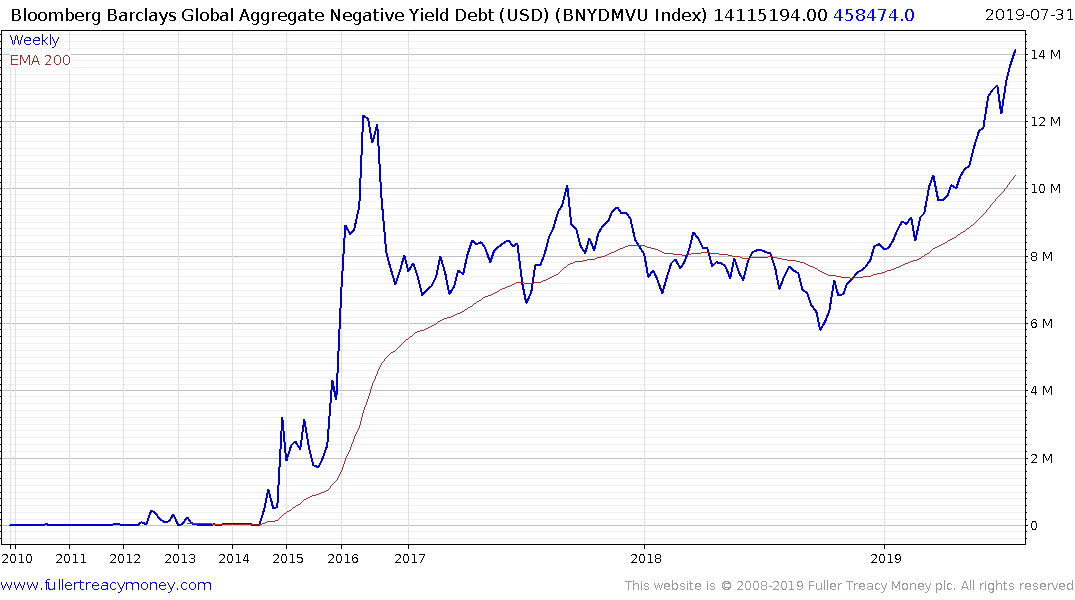 The global total for negative yielding debt hit $14 trillion yesterday which is about a clear a signal the world expects lower rates as one might wish for. This trend is creating a panicky atmosphere among yield-to-worst investment managers because the universe of positive yielding debt is quickly shrinking. 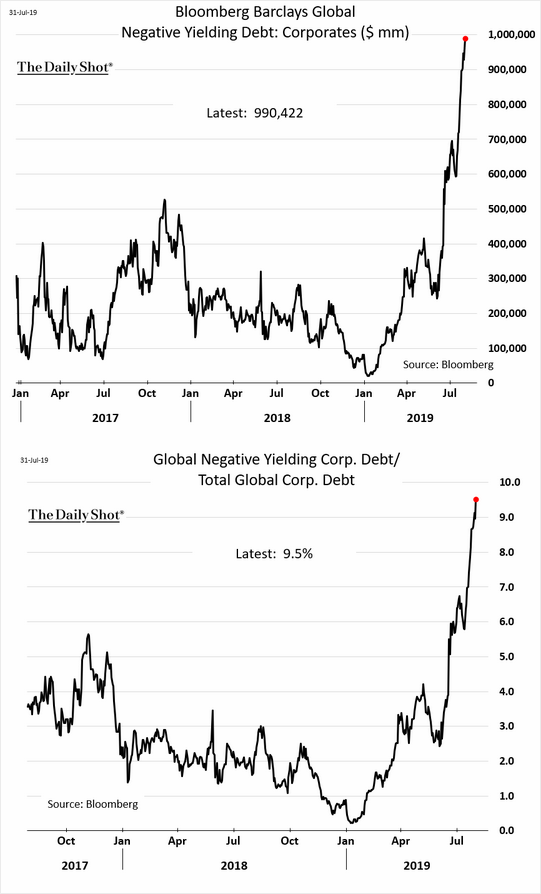 This chart highlights the fact $1 trillion of corporate debt now has a negative yield which represents about 10% of the total. That’s a lot considering the corporate debt markets include high yield. 50% of all corporate bonds are rated at BBB. 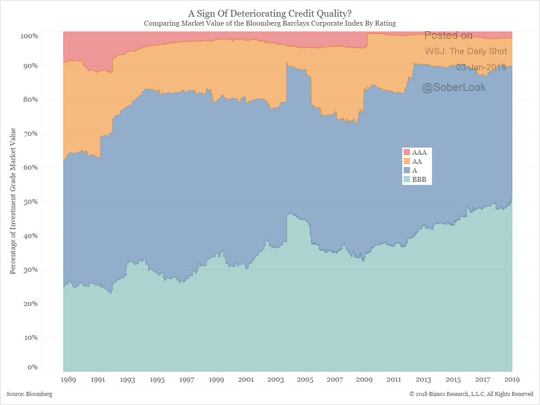 t is reasonable to ask how many issuers are being supported by the fact bond managers are buying everything with a positive yield and sowing little regard for the credit quality or the sustainability of business models. This is bubbly activity because it has turned everyone into a momentum trader. 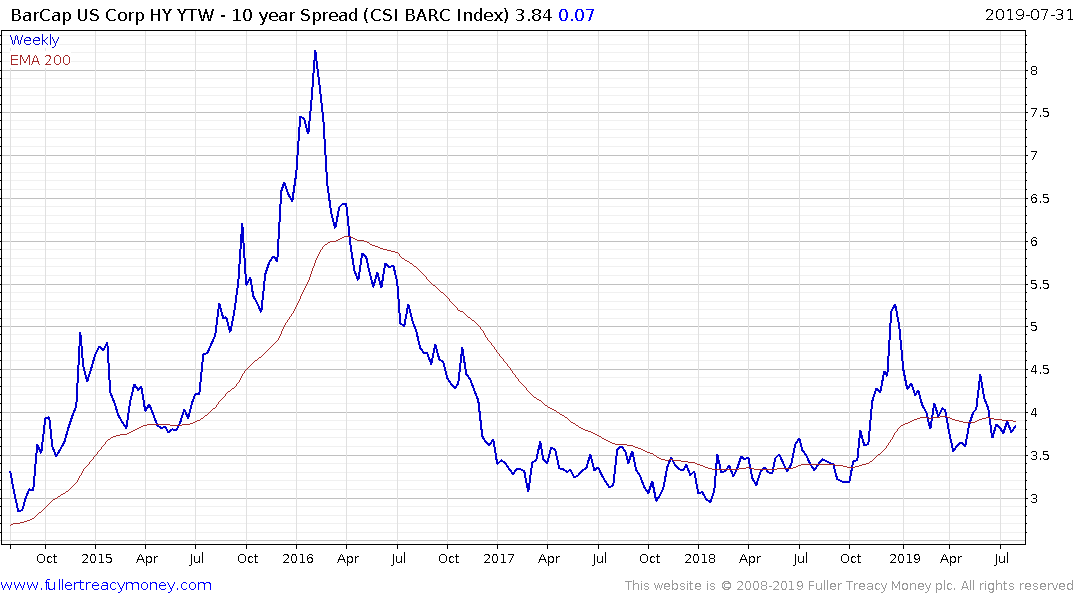 It is also helping to keep a lid on high yield spreads. When this spread starts to expand once more it will be a clear signal of stress in the debt markets.