“We haven’t had any sort of serious discussion about this instrument,” Guindos said at a webinar hosted by the Institute of International and European Affairs

“I am a little bit surprised when I see this kind of information,” he said in response to a question about a report published by Reuters

The potential for the EU to create a bad bank which would warehouse the large number of legacy and new bad debts is certainly a promising potential solution to the region’s systemic problems. Creation of a pan Eurozone body to issue debt and absorb regional debt would represent a significant step towards federalism. It would, however, be a massive step towards recapitalising bank balance sheets. 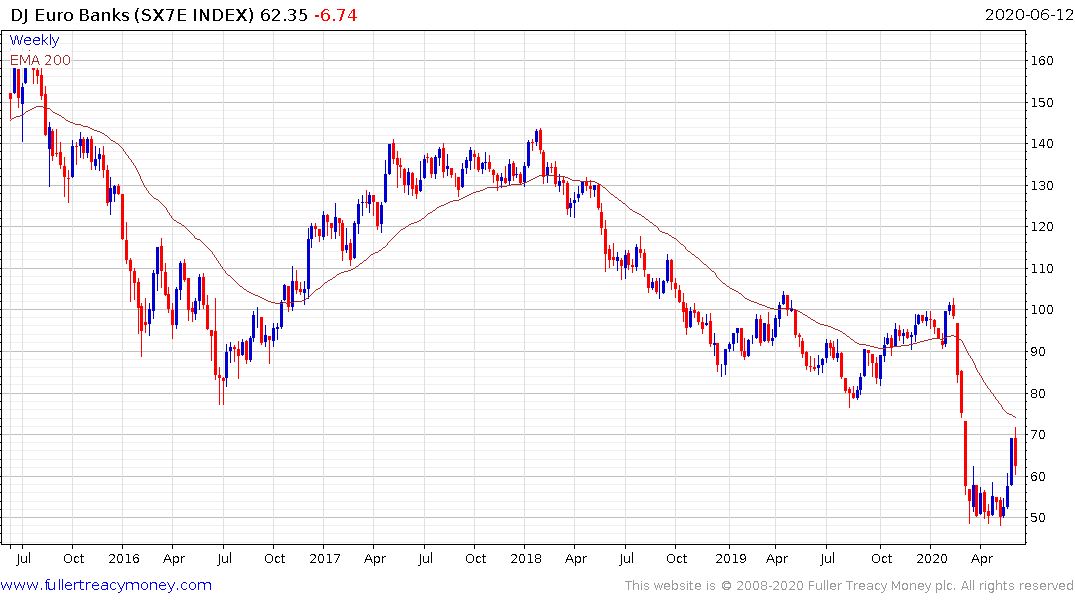 The Euro STOXX Banks Index has been labouring under the burden of negative interest rates and halved before hitting a low in March. It is now back testing the 60 area, which was the upper side of the underlying three-month range. If it can hold this level, potential for higher to lateral ranging can be given the benefit of the doubt.