March silver futures hit a four-week low. The silver bears have gained the overall near-term technical advantage as a downtrend has been restarted on the daily bar chart. Silver bulls’ next upside price breakout objective is closing prices above solid technical resistance at $18.00 an ounce. The next downside price breakout objective for the bears is closing prices below solid support at $17.00. First resistance is seen at $17.75 and then at $18.00. Next support is seen at $17.42 and then at $17.25.

Buying the dip on the promise of Chinese stimulus has been the primary story in today’s market. It helped to support stock markets and removed some of the impetus from safe havens. 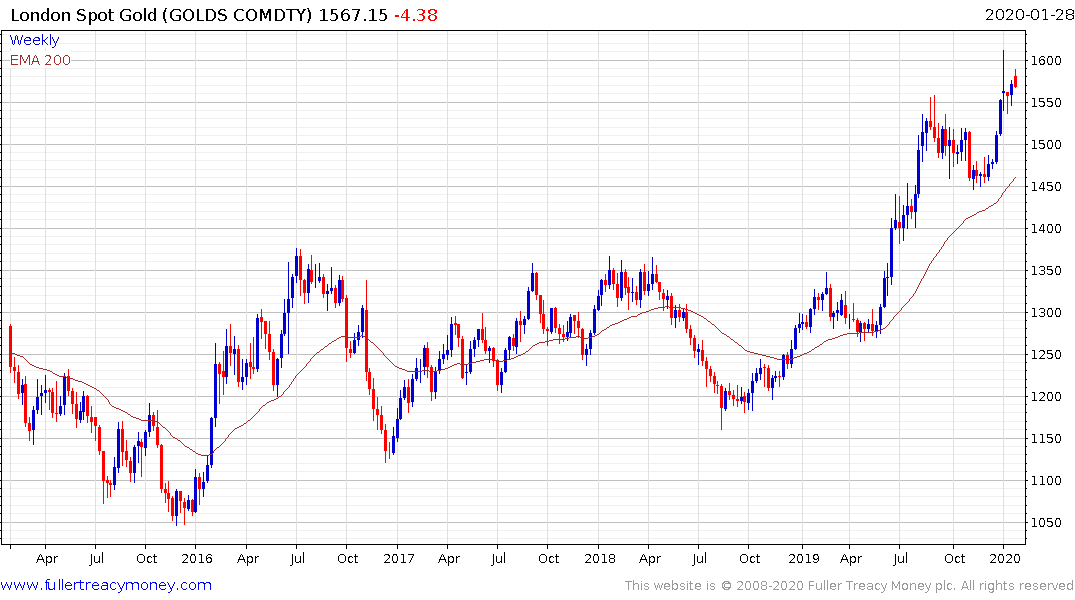 Gold remains quite steady because debasing the purchasing power of currencies is likely to be a significant component of whatever solution central banks come up with to tackle the problem of excessive debt and low rates. 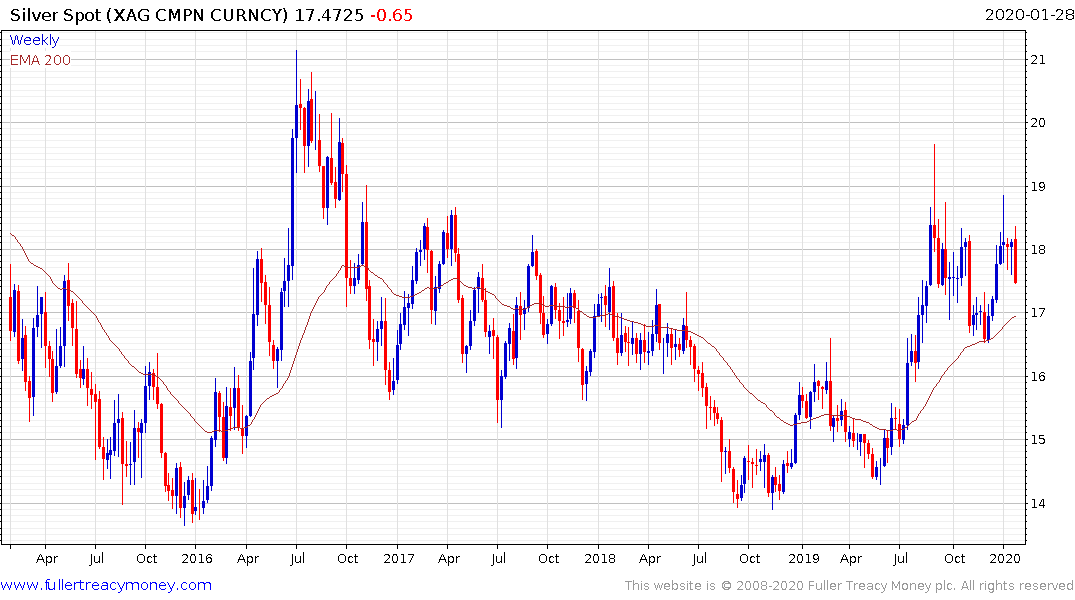 Silver on the other hand tends to be more volatile and pulled back sharply today to post a new reaction low. The price most recently tested the upper side of the base near $20 in September and has been ranging below that level since. The recent weakness increases scope for a complete reversion back towards the mean, currently below $17. I believe it is unlikely we are going to see silver trade below $17 for a prolonged period and I intend to re-establish longs if we see further weakness. 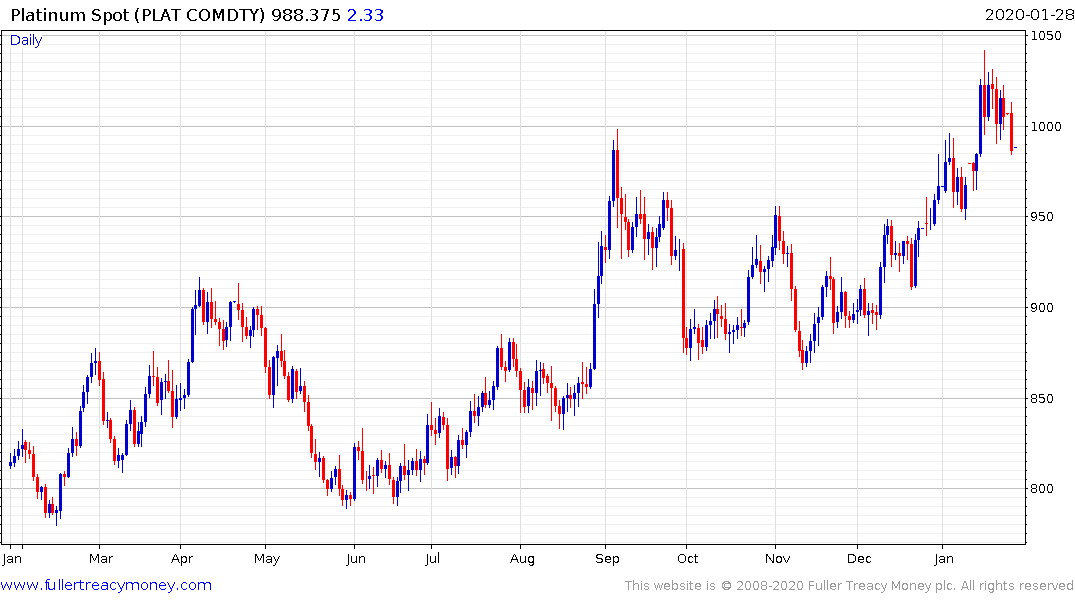 Platinum remains in the region of $1000, though now slightly below it rather than above it. This continues to look like a consistent consolidation however. 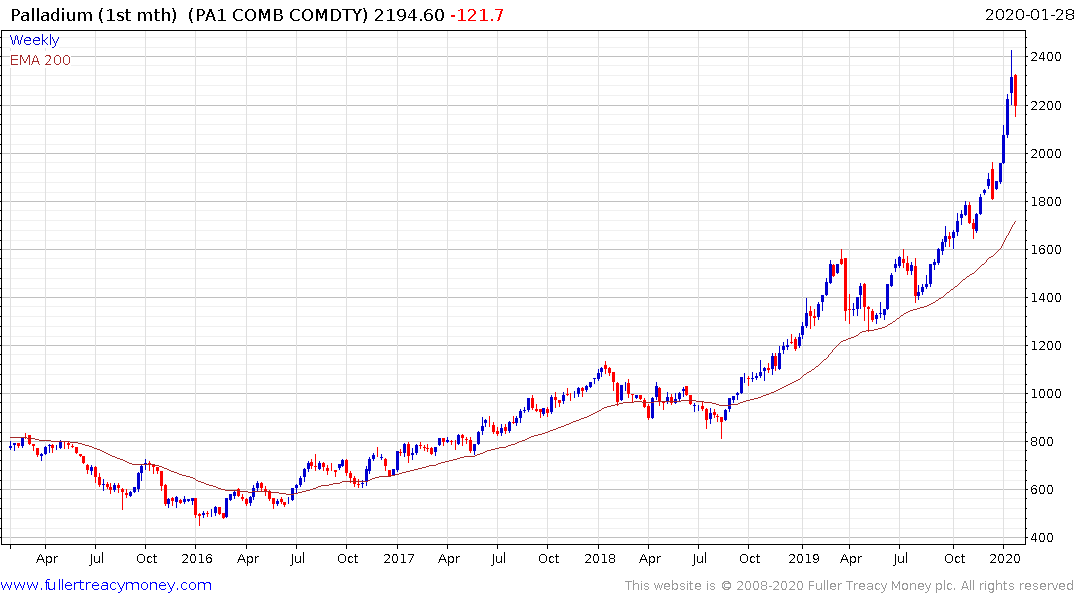 Palladium steadied today but did not unwind yesterday’s weakness. That helps to confirm a peak of at least near-term and potential medium-term significance.