Email of the day on mean reversion risk in precious metals:
Comment of the Day

Email of the day on mean reversion risk in precious metals: by Eoin Treacy

Good afternoon Eoin, I am enjoying the daily video and the written commentaries. Regarding your medium and long-term view that the price of gold is and will be reflecting the increasing and competitive debasement of currencies, but that presently gold is in an overbought phase, please explain what you would consider the maximum drawdown in gold to undo the overbought situation.

Would that imply that gold should e.g., give up about $170 (10%) and reach approximately $1530 which I believe is the 200 SMA? Same question for silver. In what time frame do you expect the undoing of the overbought situation for gold (and silver) to happen? Days, weeks, months? How quickly would the bull market resume?

It seems that the script of the last financial crisis is happening at 4-5 times the speed of 2008/2009...) What likelihood do you see that governments and central banks in the end will intervene (on an international scale) to either confiscate or prohibit the private holding of gold and silver and/or otherwise make sure that the nuisance of gold and silver as uncontrolled non-fiat money disappears? Roosevelt and others like Hitler, Soviet Union already proved that this can be successfully implemented ...Second addition to my first message/questions: To what extent did the rally in stocks trigger yesterday's and today's downdraft in the PM sector? Thank you!

Thank you for this series of questions which may be of interest to subscribers. The mantra that delivers the best returns is “don’t pay up for commodities” and that applies even in a bull market. Gold and the precious metals generally are prone to volatility and often posted failed upside breaks. Chasing the market higher will only work on the relatively rare occasions when the trend accelerates; whereas more often than not precious metals trends adopt a sawtooth profile.

The breakout from the six-year base in 2019 was the first sustained breakout in all that time. I was long of gold in 2018 because I was expecting the breakout but had to wait another year for my prediction of a new bull market to be fulfilled. That’s just a personal example of how having the right market call needs to marry up with the correct tactics. 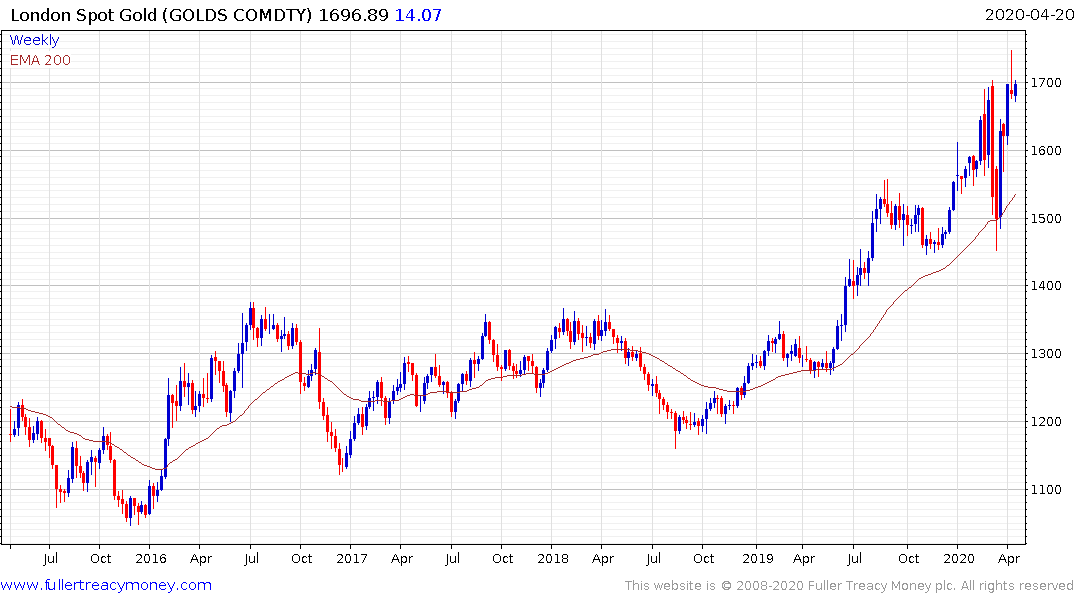 Gold hit a new recovery high on the 23rd and it is still ranging in the region of the peak. It is not beyond the bounds of possibility that it could fall back towards the $1600 area. Meanwhile it could also rally from here and deliver an even wider overextension relative to the 200-day MA. Gold is best bought following its occasional volatile pullbacks even though that takes confidence in the medium-term bull market hypothesis when the market is not conforming. 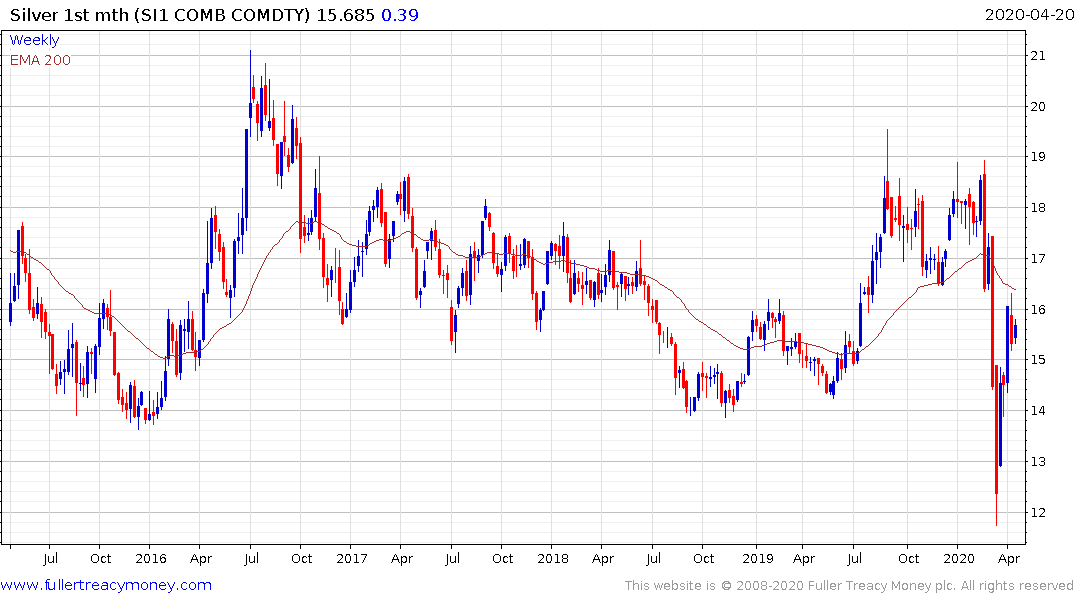 Silver has underperformed in this cycle but will eventually regain its status as a high-bet gold play in my opinion.

It’s not productive to put time limits on when a market move will take place. The market doesn’t listen but I generally do tend to this in terms of weeks and months rather than days.

However, the risk of outright currency devaluation is very relevant and the rally in gold is pricing that potential in real time. We appear to be at the dawn of a new era of global monetary financing. Many countries are exploding their deficits to tackle the coronavirus with no plans for how the deficits are going to be contained. Meanwhile restive populations have zero tolerance for austerity. Doubling down on promoting outsized economic growth is the only possible route to paying that debt and even then, inflation is the clear destination governments are pursuing.