A few weeks ago we showed how recent US equity market price action resembled both the 1987 and 1929 crashes. March 2020 will go down as an historic period for financial markets and the precursor to what is now likely to be the fastest and steepest recession in history. Today, we show the updates to these charts and they BOTH remain remarkably on track for one of these episodes to play out. While we appreciate these analogs always break down at some point, we stand by our view at the time of the first publication that even in the very bad outcome of the 1930s, there was an extraordinary and tradable rally from those initial price lows (Exhibit 1). Depending on which analog one chooses, it also might determine if we retest the lows of a few weeks ago or not, the number one question we continue to discuss with clients. For what it's worth, we don't think we will have full retest of the lows nor do we think this is the beginning of a depression. In fact, as we have discussed in prior notes, we think this is the end of a cyclical bear market that began 2 years ago in the context of a secular bull market that began in 2011.

Without rehashing our established views on the current cyclical bear market, today we would like to focus more on the secular bull market, its drivers and how we get to the other side of what is a sharp recession. First, our view on the secular bull always assumed we would have a cyclical bear in the middle punctuated by a recession like we are currently experiencing (The Great Cycle Debate, April 2018). Part of that thesis was based on the view that it would require a recession to get the change in policy from monetary to fiscal dominance necessary to finally get inflation.

The idea of Modern Monetary Theory scandalised investors a year ago but very much the reality today as central banks fall over themselves to accommodate the efforts of governments to spend their way out of the trouble. My contention since early this year was the coronavirus will be temporary but the monetary and fiscal effects will be very long lasting. 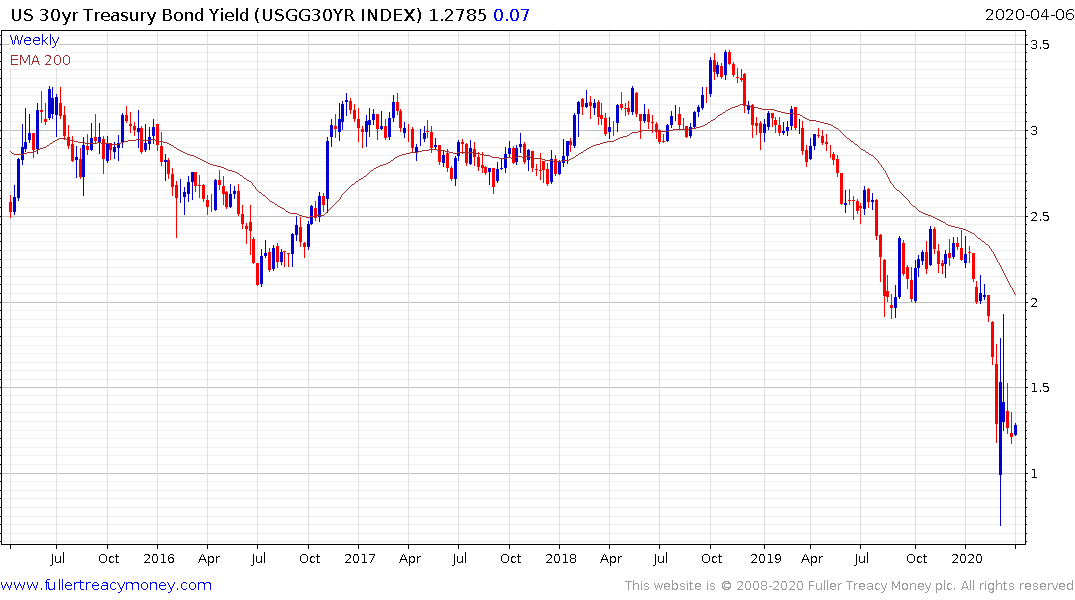 The most important chart to monitor in my opinion is the 30-Year US Treasury yield. Inflation is likely to show up first at the long end of the curve considering how sensitive long bonds are to inflation expectations. It hit a low of 69 basis points in March and may now be posting a higher reaction low. While there is still scope for some volatility as investors reshuffle risk exposure in the aftermath of the crash, if the 30-year yield sustains a move above 2% it would be reasonable to conclude inflation is a more credible risk. 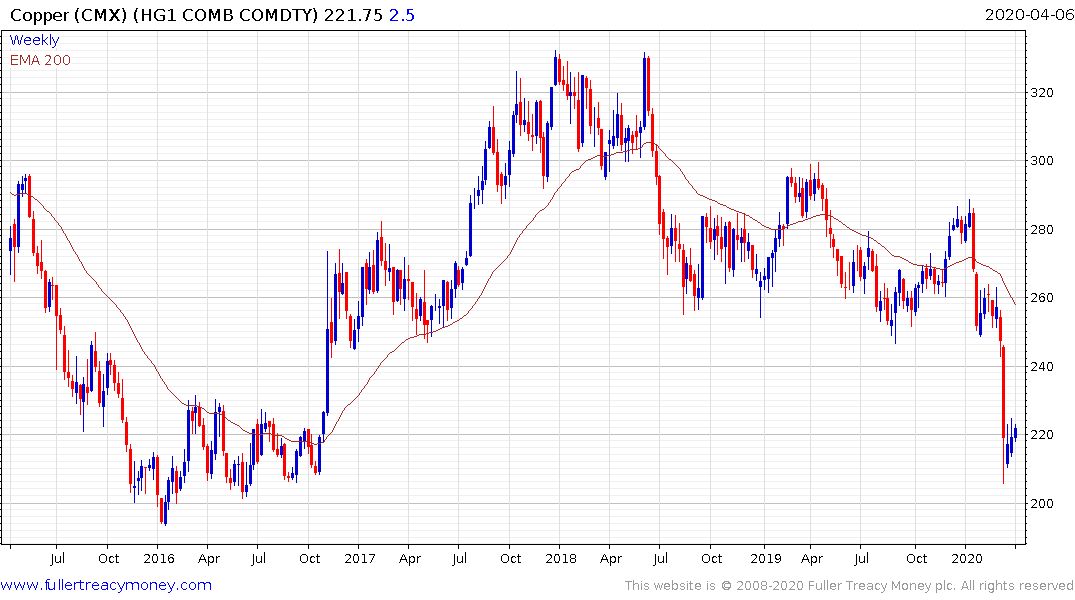 Copper prices continue hold to the $2 area, against all expectations. While it is too early to conclude this is sustainable, the relative strength of some industrial resources compared to global stocks suggests some internal strength.