“As long as Street forecasts fail to properly reflect BYND’s remarkable potential, we remain overweight.” Notes that “eventually this stock’s hefty valuation will more than offset the fast-growing fundamentals.”

Notes the importance of CEO Ethan Brown calling the forecast “very conservative” and telling investors that the company doesn’t include foodservice customers in guidance until they are past the testing stage.

JPMorgan has a $233 million 2019 sales target -- vs the company forecast of $210 million -- and the analyst says his estimate may be conservative. “It is conceivable that Tim Hortons alone (a current customer with nearly 5,000 locations that is not yet in guidance) could account for most of that
gap.” Rates overweight, price target to $120 from $97

Meat alternative providers like Beyond Meat and Impossible Burger have a clear benefit in that they are providing a new product which is fashionable. The trendiness of vegan food products that are considered both healthy and taste good represents a significant market phenomenon which has been growing in importance at local eateries around Los Angeles for the last couple of years. The primary benefit of these products for fast food chains like McDonalds, Burger King or Jack in the Box is they attract a new demographic that normally avoid such establishments.

The share continues to extend its advance following the IPO and while the valuation is aggressive so it’s the growth trajectory. 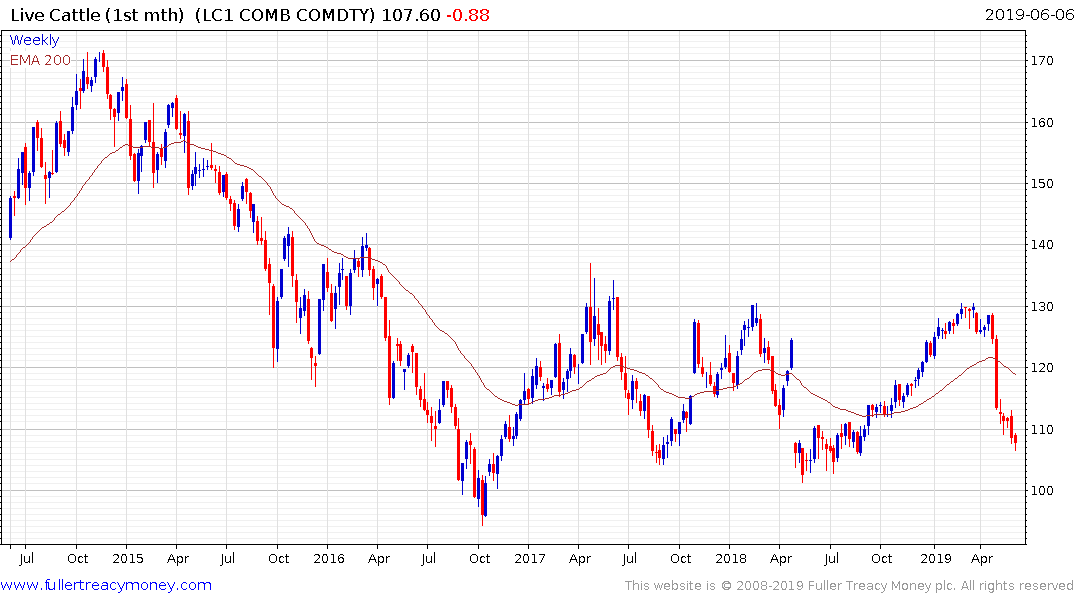 Prices for all commodities are set at the margin and the evolution of the market for pea and soy protein represents a challenge for beef providers. Live cattle prices are back testing the lower side of an evolving range and will need to demonstrate support in the region of $100 if the congestion area is to hold. 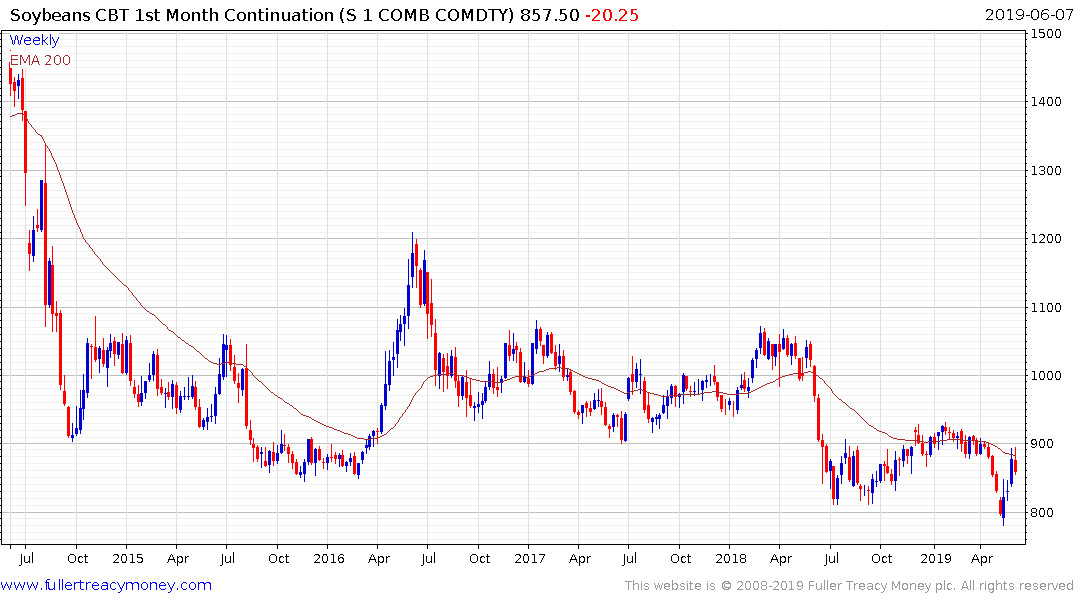 Soybeans have paused around the 800¢ level since the middle of last year. A reversionary rally towards the trend mean has been underway over the last few weeks but near-term resistance was encountered this week. A sustained move above 900 will be required to signal a return to demand dominance.